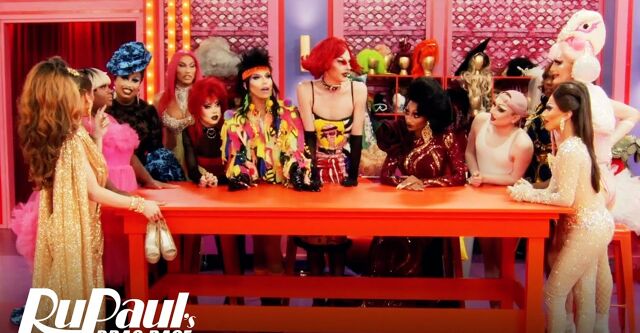 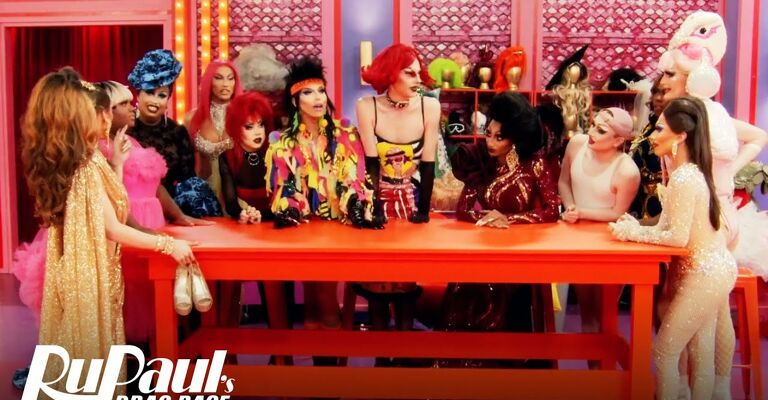 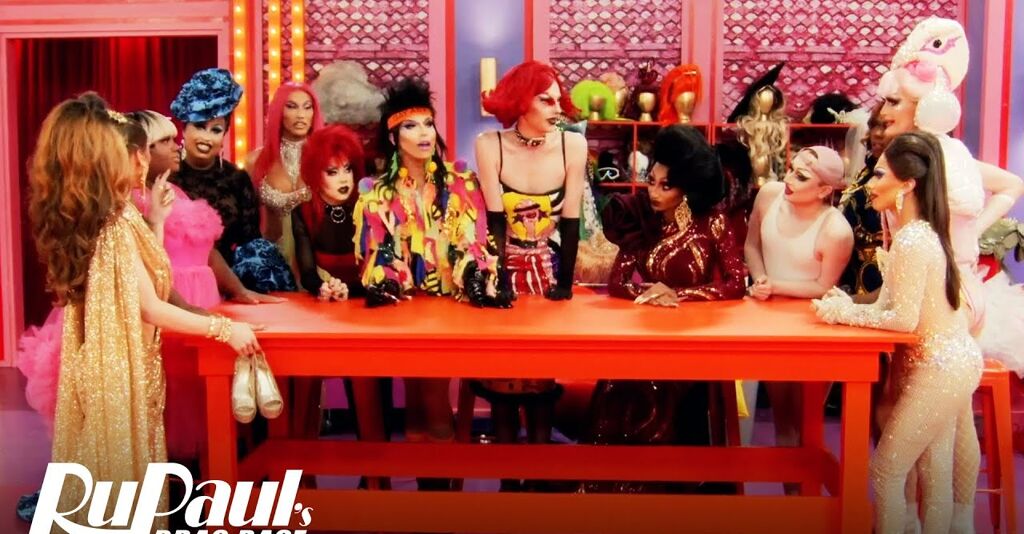 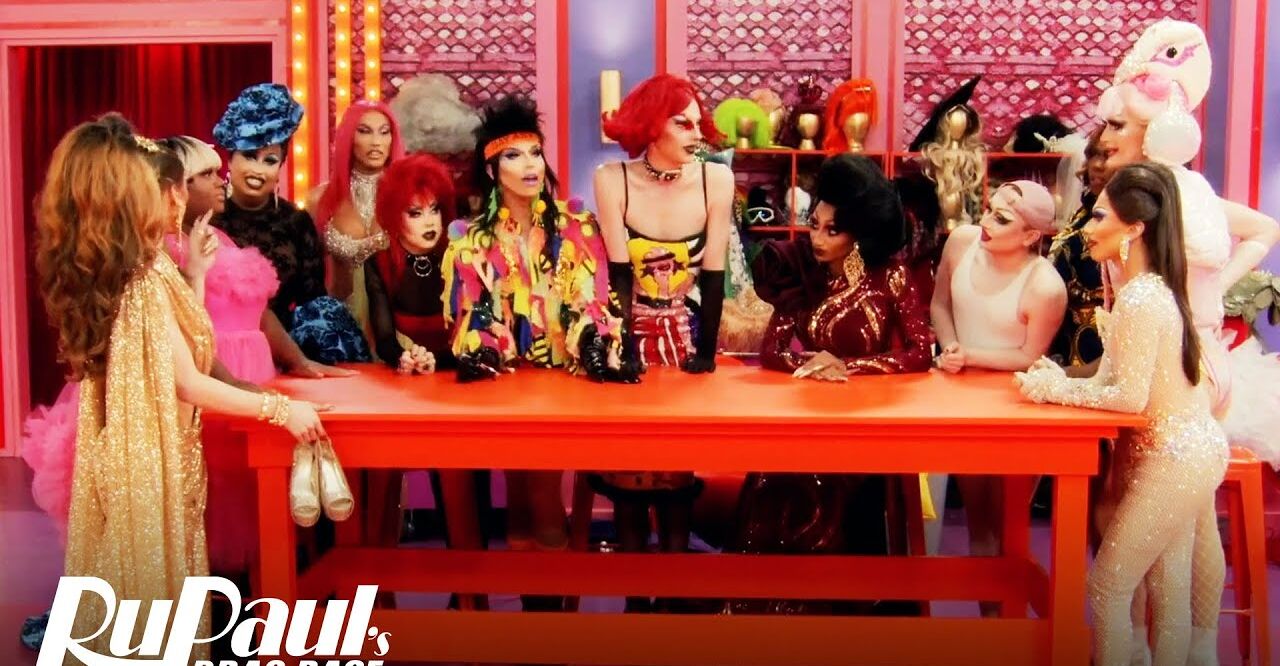 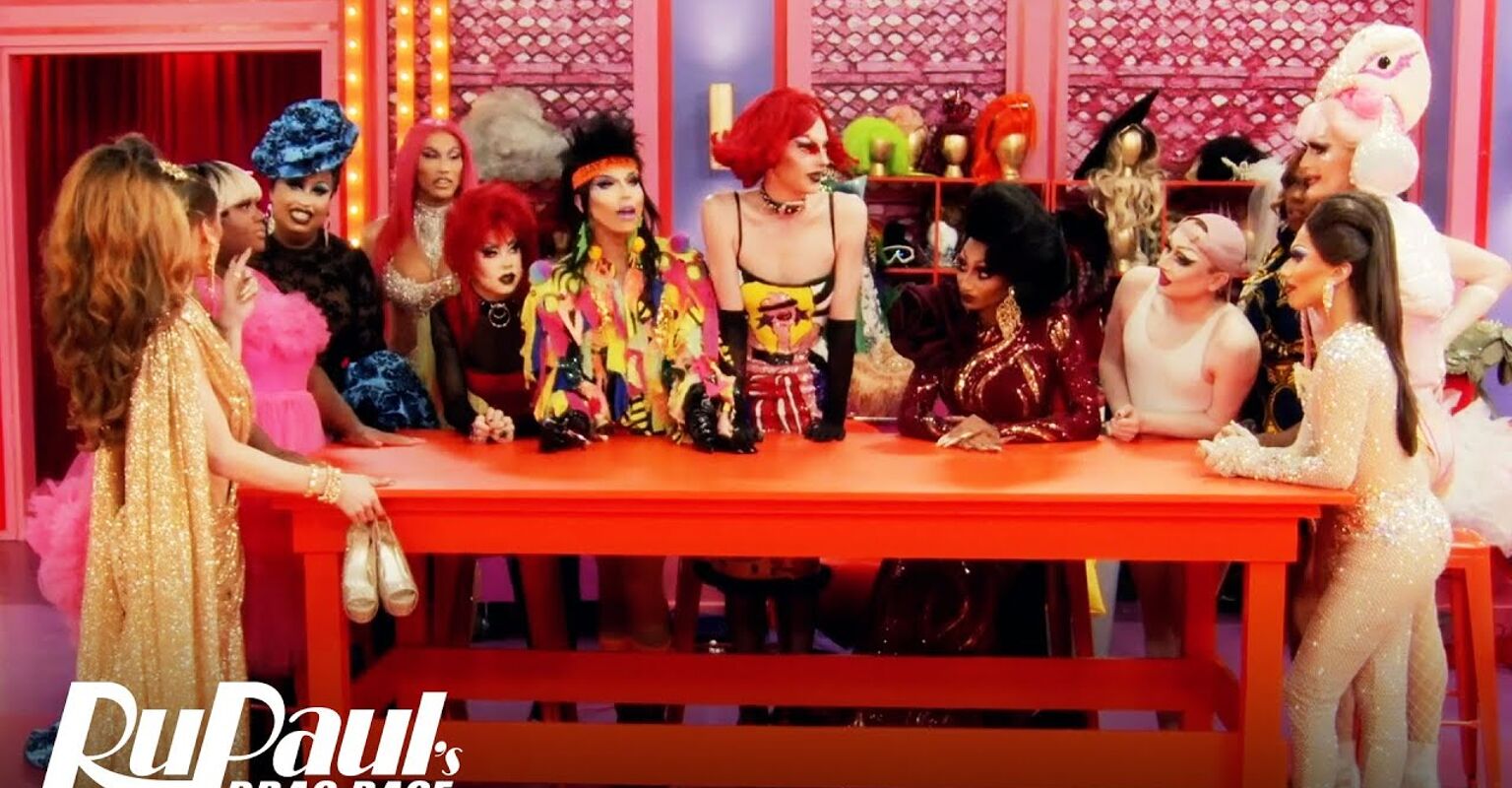 Welcome back to the INTO RuView, where we recap “RuPaul’s Drag Race” week by week. This episode, the queens came together for a sugary-sweet twist and a pair of fashion challenges — leaving us with an astonishing 42 TOTAL LOOKS on the runway.

The episode kicks off with the girls meeting for the first time in the werkroom after Daya’s elimination. God, Miss Maddy Morphosis just cannot catch a break, huh? First getting outed by RuPaul, then being accosted by the Internet for wearing flats on the runway, and now having to meet the rest of the queens looking like … this. Straight icon.

The girls hold a mini candlelight vigil for their fallen sisters, Orion and Daya. Unfortunately, it works a little too well, and the next day in the werkroom, both of the eliminated queens return to the competition. Well, those first two eliminations were pointless, huh? And demoralizing for Orion and Daya for no reason. If they didn’t actually want anyone to go home, I wish they’d stuck to the top-two-lip-sync-for-the-win format of the past few seasons. Much more fun and positive, and it doesn’t traumatize anybody along the way.

After bringing Orion and Daya back, Ru presents another twist. He’s decided he’s Willy Wonka, and everybody’s getting chocolate! Basically, every queen picks one of 14 chocolate bars, only one of which is gold. After every lip sync, the loser will unwrap their bar. If it’s gold, they immediately re-enter the competition.

I mean … sure! Could be entertaining. I’m already dreading the backlash toward whatever queen ends up pulling the lucky bar, who will undoubtedly get told they ought to have gone home — but this messy fandom is not my problem! It’s campy reality TV. I’m into it.

Now, if you’re doing the math on 14 queens each presenting three looks, it comes out to a metric fuckton. So let’s get right into the best and worst of each category!

Wait, actually, no — first, a moment of silence for the DRAGONFLY that Daya Betty ATE. Can’t say I wouldn’t do the same for a thousand dollars. As Daya put it, “I eat ass, you guys, I can eat a bug.” A queen for the people.

Is this look pedestrian? Yes. Is it the fiercest pedestrian I’ve ever seen? Also yes. Let it be known, this look is fully stoned, and the combo of Willow’s Sex and the City reference with a bold choice of color for a zebra category make this look the best of the herd.

Kornbread is giving realness. Too much realness. She really could be on safari! I love Kornbread, but these flat wigs aren’t doing it for me.

I loved seeing Angeria in this adorable silhouette! Plus, she knew how to work it. If you’re wearing a babydoll dress, you better twirl, and twirl she did.

There’s a lot I dislike about this look. The undefined shape, the too-pale nude illusion, the clashing hair color … it’s simply a no.

One of the best looks of the entire night. Alyssa looks expensive, and she’s keeping Thierry Mugler alive on the runway. What a show stopping silhouette.

This look itself is okay, but June tripping on it multiple times on the runway sinks it to the bottom of the category. You’ve gotta practice that shit!

Category Is … Evening Wear: Why It Gotta Be White?

Jorgeous said it herself, this look isn’t doing too much. It’s just classically gorgeous, just like Jorgeous! She’d make the best dressed list at any awards show in this gown.

I appreciate that Maddy took “evening wear” in an unexpected direction. I don’t appreciate this unlined cape or lackluster runway presentation.

First, let me just say that I have no clue why these last two categories had to be “bridal.” How can you make a bridal look when you have to use non-white fabric? Wear a veil and carry a bouquet, I guess, which is what most of these queens did.

Somehow, there’s both way too much and not enough going on?? Keeping that enormous bouquet in front of her dress the entire time was the nail in the coffin for June’s already subpar performance.

This might be a hot take, I don’t care! I think Camden looks crazy stunning here — the best she’s looked on the show, for sure. And the graffiti technique she used on the fabric makes this true couture.

This isn’t horrible, but it isn’t great. The skirt looks like a circus tent, and no amount of storytelling on the runway was going to redeem that.

Whew, that was exhausting. I miss when the ball was a top five challenge, and I could actually hold all of the looks in my head without having to rewind the episode for a reference. But I’m glad all these girls, even the early outs, get to show off so many of their outfits. I know this competition ain’t cheap.

The tops of the week are Willow, Angeria and Jorgeous. Willow? Absolutely. Angeria? Sure. Jorgeous? Yeah, no. Not when Alyssa, Daya and Camden were right there.

Luckily, the overall result was correct, with Willow snagging the win! Take that, everyone who ragged on her flip flops. I always had your back, Willow.

The bottom three are June, Maddy and Orion. I would’ve swapped Kornbread for Orion, but ultimately, the bottom two were correct, with June and Maddy battling it out in the lip sync.

They perform to “I Love It” by Kylie Minogue. Man, what a waste of a banger! June is an absolute mess, and Maddy just isn’t giving much of anything. Dare I say, she’s performing … like a straight dude?

Regardless, Maddy does do better than June, though I expect to see her sashay away should she fall in the bottom again.

But wait! June might not be gone yet — she has to unwrap her chocolate bar. Dramatic music! Several jump cuts! And … “It’s chocolate,” June says. Can you imagine if she did have it, though? Epic season-long twist, gone before the first elimination. I would’ve laughed.

As it stands, though, June has to say goodbye as the true first-eliminated queen of the season. At least she got to show off her sweet personality, and serve a killer performance in her first lip sync.

Next week is an acting challenge, one with a concept I’m actually really excited for: a fake trailer for a season of Drag Race. Can you say meta? Hopefully it won’t go the way of acting challenges past and rely on tired jokes and disappointing writing. Fingers crossed!