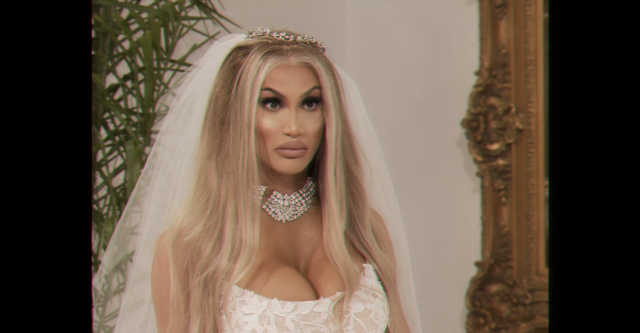 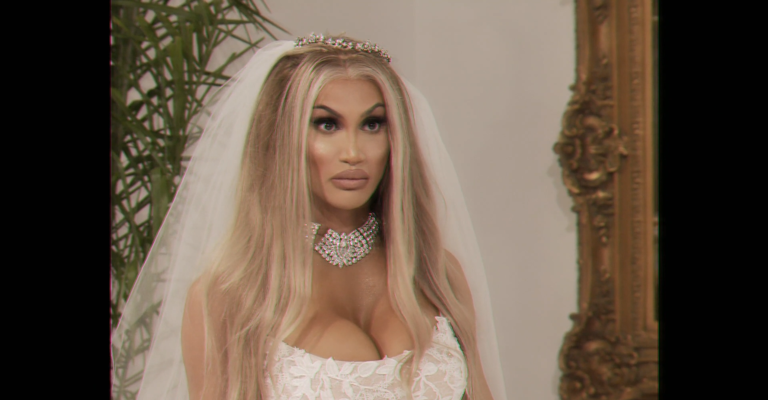 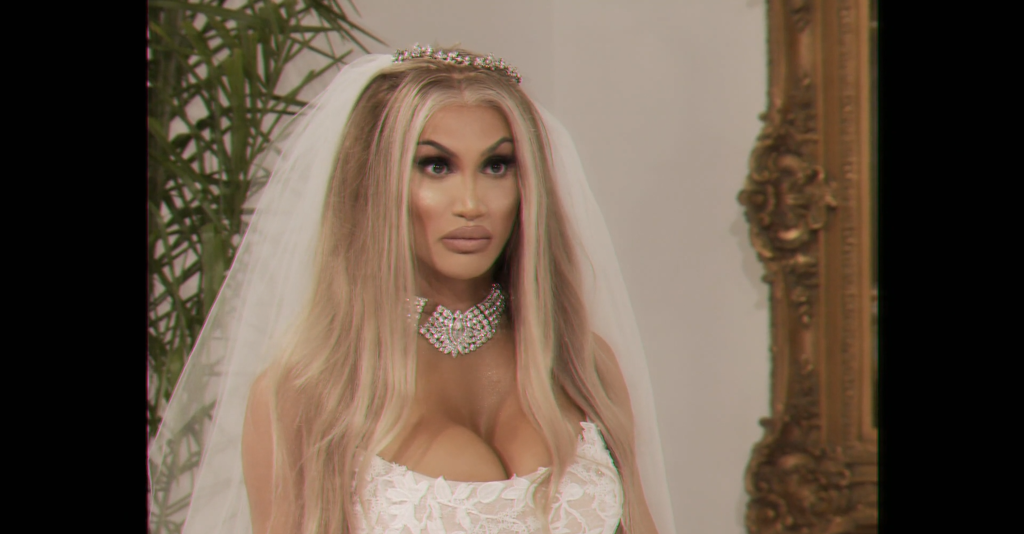 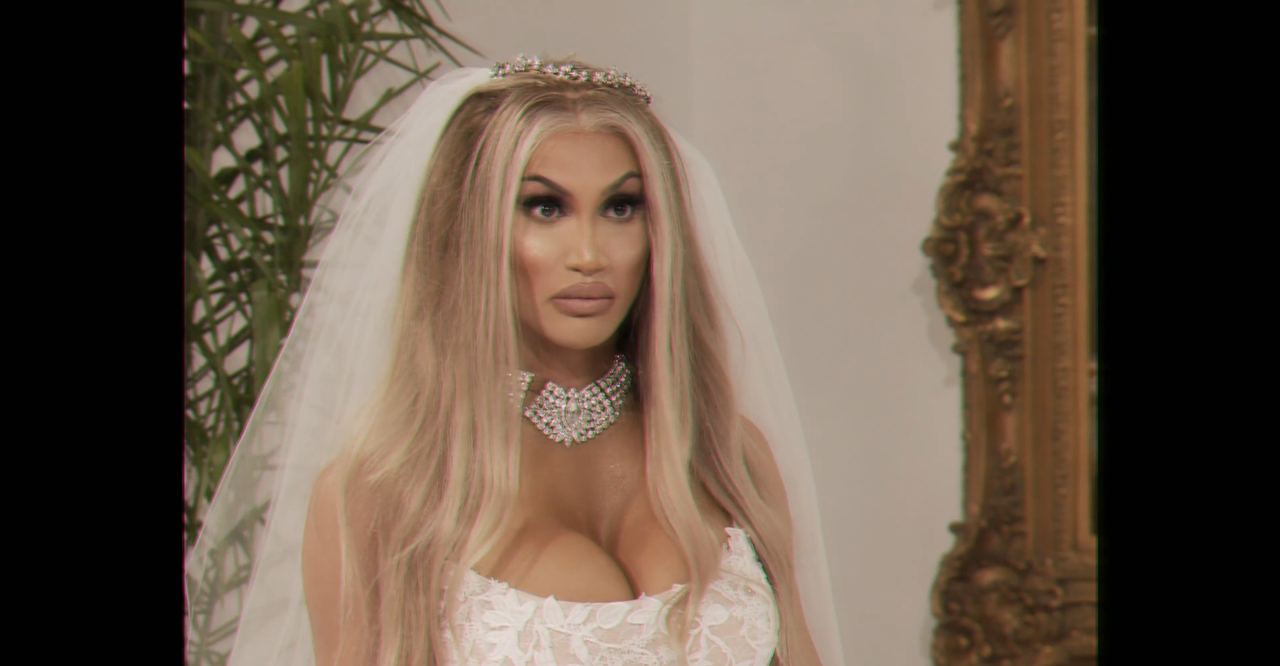 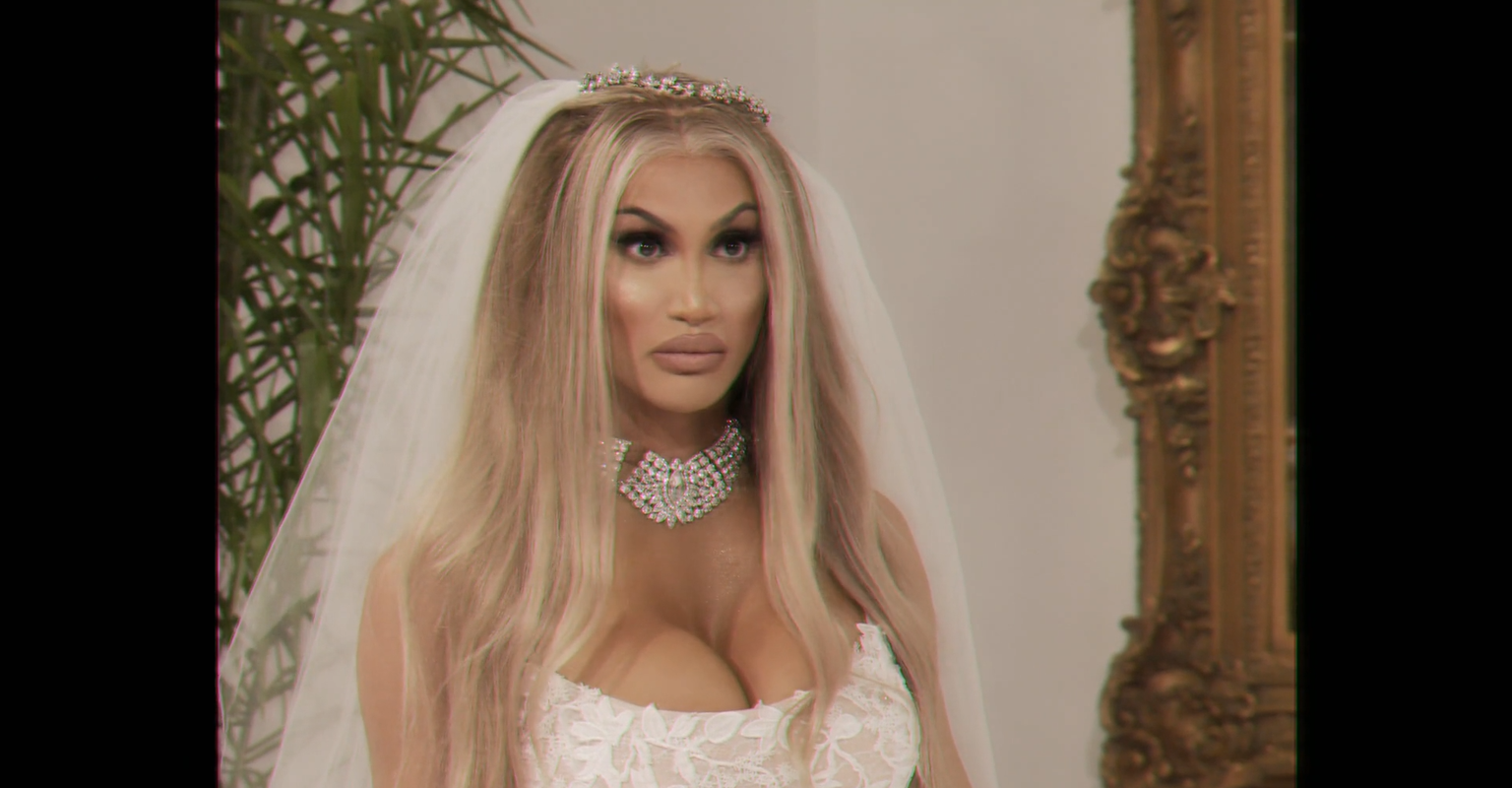 Welcome back to the INTO RuView, where we recap RuPaul’s Drag Race week by week. This episode, the queens acted in a soap opera parody with a flatulent twist. Rock M. Sakura is rolling in her grave.

The episode kicked off with a very bitter Betty. Daya Betty, that is, who can’t believe that Jorgeous won the design challenge with her “sexy napkin.” I mean, I can’t believe she won either, but that’s not the point. I love how shady the girls are this season — Daya is fully embracing her role as a villain, and I’m eating it right up.

Sidenote: Lady Camden wearing Daya’s wig and saying “I mAdE a GaRmEnT fRoM sCrAtCh!!!” made me love her even more.

The next day, Ru reveals that it’s time for a scripted acting challenge: a soap opera called The Daytona Wind. Damn, with all the improv/queen-directed challenges we’ve already had, I thought we might escape this challenge this season, but alas, here we are. These scripts are always cringe-worthy. At least this season gave it a bit of a twist — but we’ll get to that.

As last week’s winner, Jorgeous gets to distribute the roles, and she’s not interested in being shady about it. Pretty much everyone gets what they want! Aside from Camden, who apparently can’t read as fast as the other girls and is left with the last role. Luckily, she’s a PROFESSIONAL.

When it comes time to film, Ru is making some … interesting directing choices. He praises Kerri for bizarrely timed pauses? I was confused at first. Of course, it made sense later. At this point, I saw Camden and Bosco as the tops. Oh, and Jasmine’s bizarre Southern accent had me CACKLING. Meanwhile, Angeria and DeJa seemed to be doing the worst, but no one was bombing! A refreshing change, and not something I expected from a cast that seemed a little light on personality during pre-season.

As the queens got ready for the runway, the conversation turned to the Folsom Street Fair. It’s always refreshing to see some explicit references to queer culture on the show, which has admittedly been a little sanitized since its earlier seasons. I’m just hoping this won’t ignite another no-kink-at-Pride debate — I’ve already seen enough of those to last a lifetime.

Category Is … Chaps On The Runway

With a vague category like chaps, you have to think outside the box to really make an impression. That’s something Willow always delivers on. The chaps silhouette kind of looks like an atomic wedgie, so why not make it literal? This is creative, chic, bizarre — plus, it’s the closest we got to fetish wear, which is a downright shame for this category.

Did anyone else think that Lady Camden actually ate shit on the runway?? This is one of the best executed reveals we’ve ever seen on Drag Race. The actual look is nice too — I love me some masc drag — but it doesn’t quite edge out Willow’s. If we were judging on presentation alone, Camden would win hands down.

I give Kerri props for creativity. I would’ve never expected someone to do chaps made of hair. But unlike Willow’s, where the creative spin relates to the brief, hairy chaps don’t make much narrative sense. They also fully obscure her fabulous figure. And what is with all the brimless hats this season?? The wig, though, is undeniably fabulous. I just wish she’d paired it with a better garment.

These are not chaps. Point blank, period. These are pulled-down tights under a panty. Jorgeous. You had one job.

It’s time to watch The Daytona Wind! Here’s where the episode’s big twist came in. The acting challenge had been littered with fart sound effects, unbeknownst to the queens, who all started cracking up on the runway. Ru’s direction suddenly made sense — he needed plenty of pauses to make room for the flatulence.

Now, am I the biggest fan of fart jokes? Definitely not. But I actually did love this challenge! I think hiding it from the queens elevated the whole thing immensely, and the script was actually really clever with all of its bathroom humor being subtle enough to go unnoticed during filming.

When it came to judging, I was shocked to hear Kerri, DeJa and Angeria called safe, when to me they were clearly the weakest in the challenge. But it was yet another fakeout! All six of Camden, Daya, Willow, Bosco, Jorgeous and Jasmine were actually in the top, and this week had no bottoms at all.

I think if there was any episode this season to get this treatment, this was the correct choice. Really, nobody did horribly! It does feel like a bit of an unfair lucky break for the safe queens, who in any other episode would have been the bottom three, but I like this whole cast, so I’ll allow it.

With no bottoms, the top two will have lip sync for the win. That is, of course, Lady Camden, who smashed this episode from top to bottom. My second choice would’ve been Bosco, whose Reba illusion and fabulous pink leather fit made her one of my favorites this week. But the judges award the second spot to Daya — perhaps as a bit of a redemption arc? I don’t see it, but hey. It’s not my show.

Camden and Daya lip sync to “One Way Or Another” by Blondie, and though they try to frame it as a close race, I think this was a runaway victory for Camden. Her dancing, connection to the song, comedy and stellar mustache reveal all added up to an unforgettable performance. Daya was also there.

Thankfully, Ru and I agreed, and Lady Camden got her first challenge win! The first of many, I hope. Camden has quickly become one of my favorites of the season.

I want to take a quick moment to say that Untucked was gorgeous this week. Jasmine coming out as trans was one of the most touching moments in the show’s history. It also makes Season 14 even more of the transest season Drag Race has ever had, with Kornbread, Kerri, Bosco and now Jasmine all being trans women. I’m obsessed.

Next week, we’re getting a twist on the girl groups challenge, with this rendition set in the ‘60s. Who else is ready for a new set of iconic verses to obsess over?