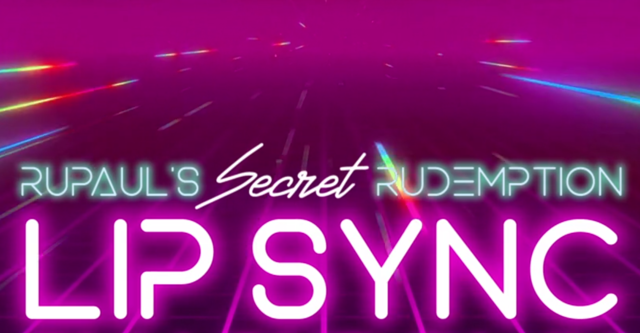 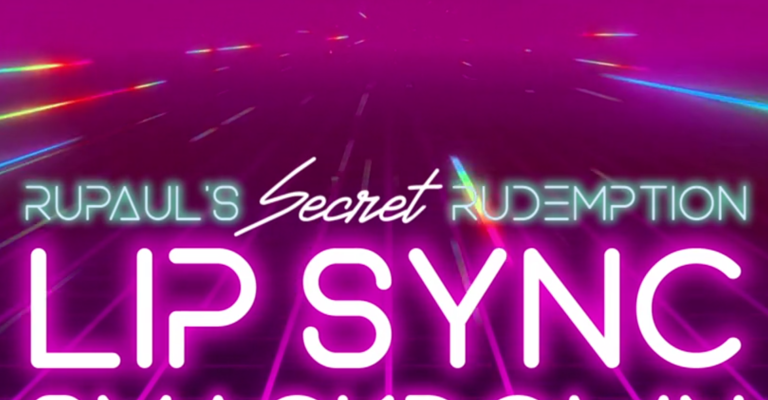 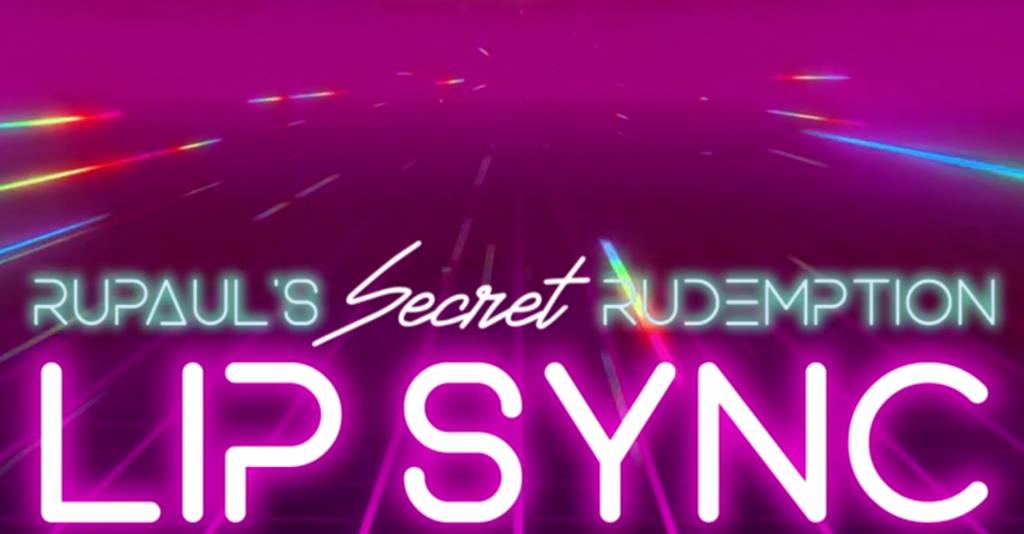 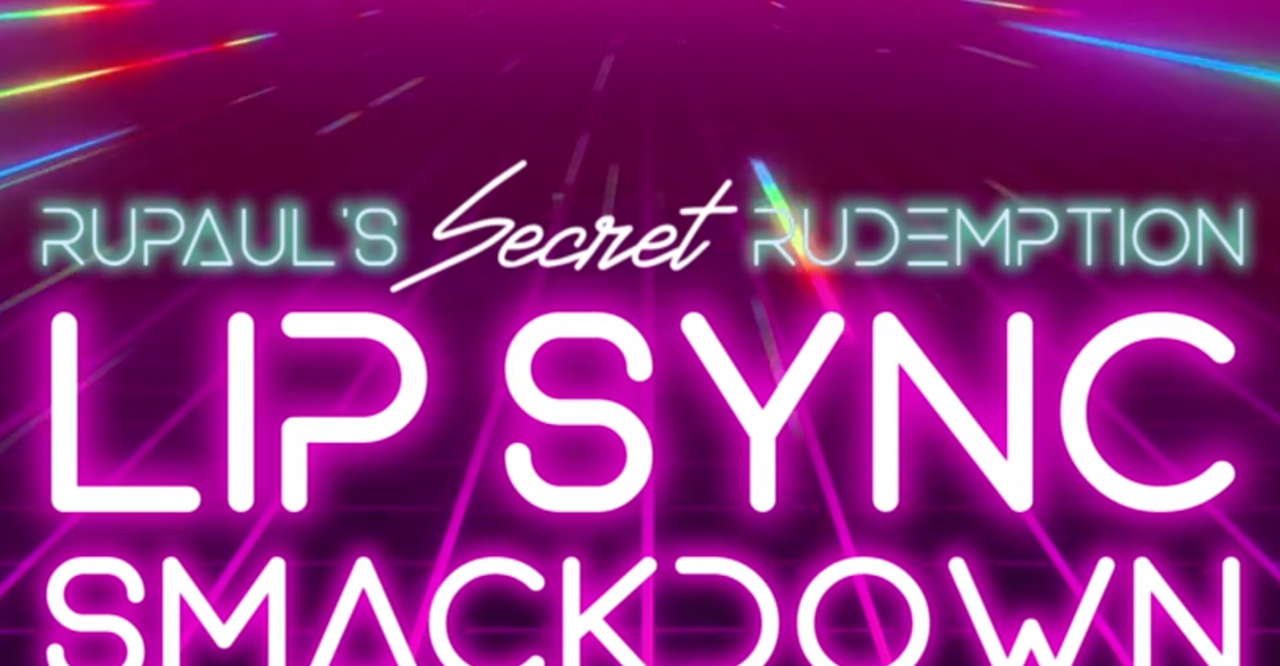 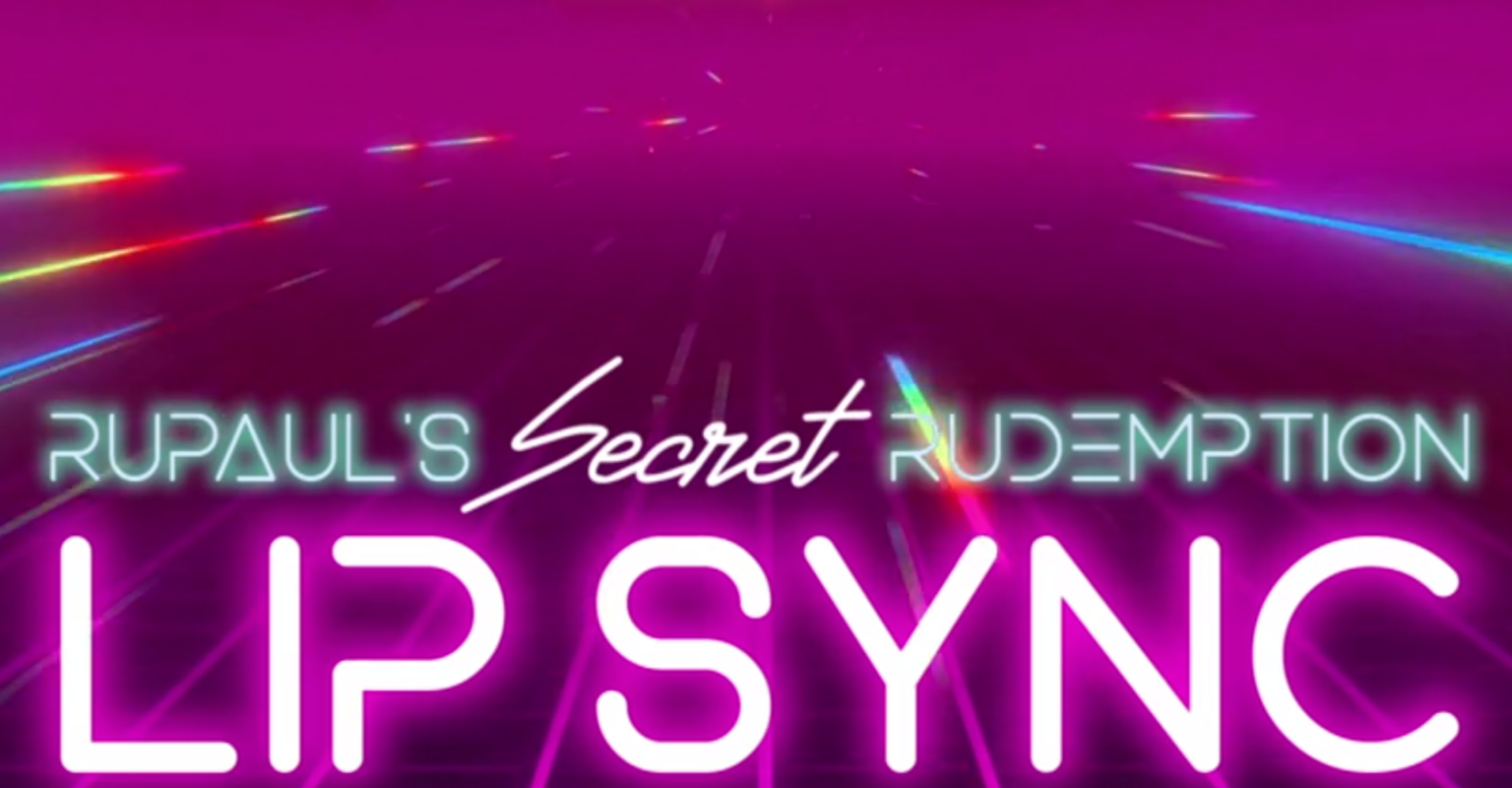 Welcome back to the INTO RuView, where we recap “RuPaul’s Drag Race” week by week. The tenth episode of All Stars 6, “Rudemption Lip-Sync Smackdown,” saw the long-hyped game within a game finally come to fruition. Welcome to the Doctor Reverend Silky Nutmeg Ganache’s Drag Race.

We open on the top four queens returning to the werkroom in a celebratory mood. Ra’Jah’s psyched to have joined the two-win club, officially bringing her to front-runner status, while everyone is excited to have made it to the finale.

Except … they haven’t quite made the finale. Carson appears on the TV to reveal that the eliminated girls have been competing for a chance to return all season long. Here’s the deal: every week, the eliminated queen faced the reigning lip sync champion. Whoever won moved on to face the next eliminated girl, all the way up to last week’s elimination of Eureka.

Trinity is pissed, naturally. But the girls have to watch the lip sync smackdown in their Drag Tots looks from the last challenge, meaning Trinity is pissed but dressed as a cat. It’s camp.

The first match-up is between the first two eliminated girls, Serena and Jiggly.

This is the best Serena has ever looked, period. Jiggly looks hot, too. The song is an absolute banger — “Free Your Mind” by En Vogue. (Prepare for literally every song this episode to be a banger, by the way; the song choices are all the way right.)

It’s not a bloodbath, but Jiggly has this battle from the beginning. She’s giving Janet with super punctuated dancing, and while Serena has some good moves, she’s weirdly smiley for a song about stereotyping and prejudice. She also bizarrely hops like a frog in the middle of the song?

Jiggly really secures the win with a well-timed split — yes, splits are good when they’re on beat and make sense with the song! As Ra’Jah put it, “She went back to the hotel and stretched.”

Jiggly gets her win and advances to the next round, where she’ll face Miss Silky Nutmeg Ganache. Strap in, folks; this is where the episode really begins.

Silky comes out, looking STUN in a black lip. They try to be all dramatic with the reveal, using the lip sync assassin screen, but as soon as Jiggly’s silhouette appears, Silky goes, “Oh, it’s Jiggly.” Love the candor.

Jiggly and Silky face off to “Girls Just Want to Have Fun” by Cyndi Lauper. How has this not been used yet?? Jiggly uses her iconic lollipop as a microphone — it’s a cute gag, but she’s not ready for Silky, who has a whole wet bar under her titties. She makes a whole ass drink on stage! I’m with Ra’Jah: “How did the ice not melt!?”

Silky snatches the win here, already redeeming her subpar lip syncs from Season 11. This would be redemption in itself, but she’s nowhere near done.

Silky’s next challenger is Yara Sofia, best known for being an absolute lunatic.

They get “Point of No Return” by Exposé, already famously demolished on Season 6 of “Drag Race” by icon Darienne Lake (who, by the way, better be on All Stars 7). Both girls are kinda turning it. Yara’s gag of playing her pussy like a guitar is fun, but the edit makes it seem to go on for wayyyy too long. Meanwhile, Silky is WORKING her fringe and pouring water on herself like the sex magnet she is. Hello!

Silky nabs her second win here, making her the first eliminated girl to last more than two lip syncs. Her next opponent is Scarlet — it’s a Season 11 battle.

Let me just say both Scarlet and Silky look immaculate in this lip sync. I need Scarlet’s catsuit yesterday. They lip sync to “Song For the Lonely” by Cher, and though Scarlet gives it her all, Silky once again turns it out! Besides being a better dancer, she also brought another gag in the form of a flag, which she masterfully spins to the win.

I don’t know why Silky seems to be the only one bringing gags to every lip sync — if you had time to prepare and knew you’d be lip syncing for redemption, wouldn’t you pull out all the stops every time? Well, that’s what Silky does, and props to her for it. Literally, PROPS to her. Ha.

Silky’s next opponent is A’keria, her best friend in the competition.

Silky turns to meet her opponent, but when they raise the curtain, A’keria isn’t there. She turned down the opportunity to return. “I would much rather respectfully decline than have my world shattered again,” she explains in a confessional. Damn. I mean, I respect it, but I would have loved to see an A’keria lip sync.

Even though she’s guaranteed a spot in the next battle, Silky asks if she can still lip-sync anyway. “I take this seriously like it’s a maxi challenge,” she explains. I love this attitude — she wants to be sure if she does return to the competition, no one can discredit her lip sync run, and she is DEFINITELY the winner of this episode, if only in spirit.

Thank god she does this lip sync, because it’s pure joy. Silky performs to camp classic “Barbie Girl” by Aqua, and this is her best gag yet. She starts turned away from the judges, but reveals that half of her body is in boy drag and half is her usual glam. Instantly iconic!!!

This is one of the purest moments in the show’s history. Everybody’s having a good time, Silky’s performing just for the joy of it — it feels like seeing a drag show in the club as opposed to watching reality TV. When Silky started rolling back and forth on the floor to switch genders, I nearly lost my mind.

She, of course, advances to the next round: “You are out your damn mind, officially,” says RuPaul. Her next challenger is Jan.

Jan comes in looking gorgeous and PISSED. When Silky is revealed, Jan welcomes her with her catchphrase: “Silk Silk with the good milk!” So Silky invents one for Jan: “Jan Jan, she’s a man!” Slap that on a T-shirt.

They do battle to “Heartbreaker” by Pat Benatar. This is the best lip sync of the episode for me, and by far the closest match-up. Jan turns it out from the jump, breaking the stage lights and hitting every beat with dance moves and hair flips. After her previous lip syncs, who knew Jan had it in her?

Unfortunately for Jan, Silky didn’t come to play. She too is giving hairography, but what really puts her over the top is — you guessed it — a prop. She pulls out a guitar while Jan just mimes. And in true rock star fashion, Silky ends the song by smashing her guitar on the ground.

It could’ve gone either way, but at this point, I didn’t want Silky’s streak to end, so her win here was perfectly fine by me. It’s also so quintessentially Jan that the one time she delivers a great lip sync, it’s still not enough to win. Maybe next time, champ.

Next up is Pandora, not renowned for her lip sync abilities.

BUT she shows up looking probably the best she ever has on the show! Silky’s look is giving very Ariana, which makes sense, because these two are given “Focus” by Ariana Grande. Pandora holds her own better than expected! But, duh, Silky wins with some of her staple energetic dancing.

That brings us to the very last battle of the episode: Silky versus freshly eliminated Eureka. Unlike the other girls, Eureka went straight from her elimination to the lip sync, so she had almost no time to prepare. When did she even learn this song??

The two perform to “Since U Been Gone” by Kelly Clarkson. Did I or did I not say this episode was bangers from start to finish??

Silky came out in an inflatable suit with a bag of chips — at first glance, she seems to have just run out of clothes by this point. But actually, she’s trying to tell the story of her mother’s weight loss journey — she smashes the chips and takes off the suit, or at least tries to. It gets stuck on her ankle. Ironically, Silky’s propensity for gags that has gotten this far may be her downfall in the end.

Meanwhile, Eureka is also delivering a performance dedicated to her mother. She’s wearing her recently deceased mother’s life alert necklace. I may or may not have gotten chills from Eureka’s performance. I love drag, okay!? Sue me!

They end the episode on a cliffhanger — the ultimate smackdown winner will be revealed at the top of the next episode. We shouldn’t be surprised. As Carson puts it, “Have you ever seen ‘Drag Race’?”

I’m torn on how I want this to go. I do think Eureka won the final lip sync, and her track record means she’s overall more deserving of a top five spot. But Silky’s epic six-week lip sync winning streak is legendary and deserves all the accolades. Whether she returns or not, she’s absolutely cemented herself as an icon, and this episode will certainly go down in ‘Drag Race’ herstory. Until we get the result, do yourself a favor and watch that “Barbie Girl” lip sync again. Here, I put it right below this for you! You’re welcome.