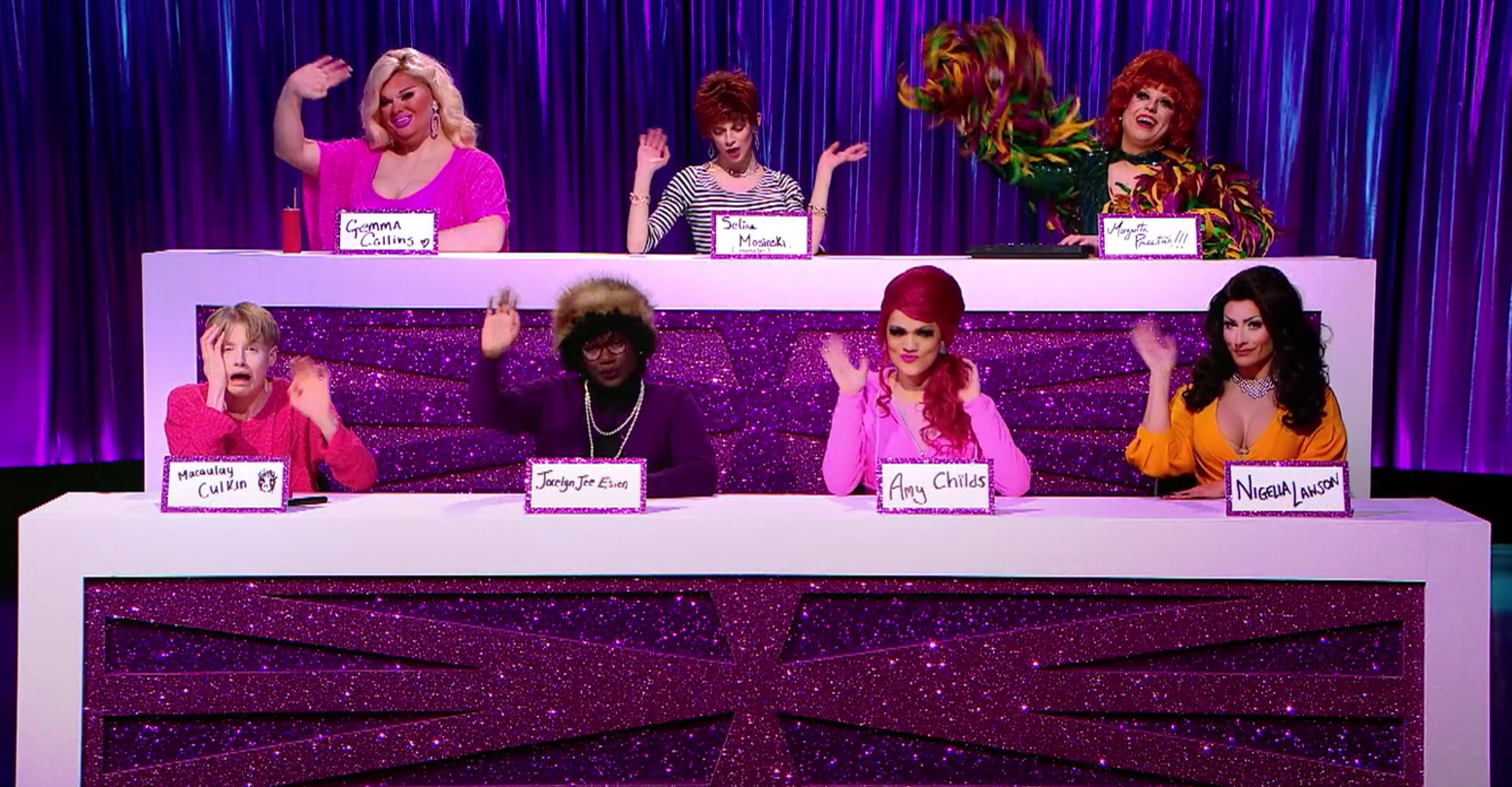 Welcome back to the INTO RuView, where we recap “RuPaul’s Drag Race” week by week. The sixth episode of “Drag Race UK” Season 3 saw the queens tackling the show’s most iconic challenge, Snatch Game, culminating in an elimination that truly may have doomed this season.

We pick up after Charity’s elimination — or rather, after Scarlett’s lip sync win, which has only bolstered her ego and fueled her anger at the other girls for saying she ought to go home. The argument from last week’s Untucked clearly has yet to be resolved. Luckily, it does lead to one of the season’s most iconic moments thus far: Vanity claiming Scarlett and Choriza have a “single one talent.” It’s rude (and not super accurate), but damn if it isn’t entertaining and quotable as hell.

The next day, it’s time for the mini challenge we’ve all been waiting for. The library is officially open! Here are the highlights:

Also worth noting: Scarlett isn’t particularly funny, but she is particularly pissed. She seems to think yelling will make her jokes hit their mark — or at least get help her get revenge for last week.

Choriza is chosen as the winner! I agree — it was between her and Ella.

Ru announces that this week’s maxi challenge is the Snatch Game! Everyone needs to bring their very best celebrity impression and make. Ru. laugh.

For some reason, Ru seems hellbent on getting nearly every queen to switch their character. He tells Choriza to switch from Margarita Pracatan to Cher (!?), Ella from Mystic Meg to Nigella Lawson, Scarlett from Danny Dyer to Macaulay Culkin, and Kitty from Cilla Black to Gemma Collins. Not everyone takes her advice, but actually, most of them do, and — spoiler alert — it works out for those who made the switch. Moral of the story? Listen to Ru. It’s her show, after all.

It’s time for the Snatch Game! Here’s who actually wound up on the panel:

Luckily, everybody gets in at least one good joke throughout the course of the game. Ella and Kitty are far and away the funniest — Ella’s pronunciation of “mee-cro-wah-vay” will be living in our heads rent-free for probably forever. Choriza, Scarlett and Vanity are middling; they’re all pretty one-note, but Choriza is, I think, the funniest, while Scarlett is overly repetitive and Vanity isn’t taking her character far enough. Krystal and River land at the bottom, with River sadly falling flattest of all. The placements seem clear-cut at this point, but this show loves to pull the rug out from under us.

The next day, Vanity draws a comparison between playing a character in Snatch Game and playing the character of a straight person when she was younger. This prompts everybody to share their coming out stories. They actually show an incredible range of the queer experience; Kitty’s parents were so accepting that she never actually had to come out, while Choriza and Krystal’s dads took a long time to come around to their sexualities. That’s just the tip of the iceberg. This segment is a lovely reminder of the diversity of queer people’s stories, and it’s heartwarming to see that all of these queens got a happy ending.

This look may be simple, but it does exactly what it needs to. It has a clear fruity inspiration, a clean silhouette and fits Ella’s signature aesthetic. Plus, her body looks undeniably incredible. One of my favorite Ella looks of the season.

When I heard this theme, my first thought was Carmen Miranda, so I was so excited to see a look like this hit the stage. She looks perfectly polished, and that peach headpiece is next level. No complaints!

River tells us she made this look herself, and unfortunately, we can tell. She’s going for fruit bowl, but the shape is all wrong. The fabrics look cheap, as do the little fruits she’s placed all over the outfit. It’s just not holding up at this point in the competition.

Girl, this is not. a. lime. Apart from the color, there’s literally no correlation. This look may technically be fashionable (it’s from a high fashion designer, at least), but I’m not a fan of the silhouette, and I’m even less a fan of this shake-and-go neon wig. Nope, sorry, next.

I actually agreed with most of the judges’ critiques this week, apart from their appreciation of Scarlett’s Snatch Game, which I didn’t think was nearly as funny as they did. What’s strange is that those critiques didn’t quite match up to the placements they doled out.

Ella wins the challenge — yes! Absolutely deserved! She was the best in the challenge and on the runway. As much as I’d love to see Kitty finally get the badge she deserves, this was Ella’s week through and through.

River is in the bottom. As much as I love her, I know that it makes sense for her this week. Next to her, we should see Krystal — a moment of vulnerability for the practically perfect beauty queen — or Vanity — a chance to cement her status as a true lip sync assassin — or Scarlett — a satisfying end to her three-episode fall from grace. But no: the other queen in the bottom two is, bafflingly, Choriza.

This is just absurd. Choriza was third best in the Snatch Game and one of the best on the runway. HOW did she wind up in the bottom over so many people who did worse?

Regardless, we have a River and Choriza bottom two. It’s painful knowing we’ll have to say goodbye to one of them, considering they’re far and away the audience fan favorites. But them’s the breaks.

They start lip syncing to “Shout” by Lulu, this week’s guest judge. It’s … not great. Both girls struggle with their outfits, River tripping out of her bowl and Choriza donning a truly heinous wig. But River definitely outperforms Choriza. It’s sad, but I’m ready to see Choriza sashay away.

And she does. But so does River.

A double elimination!? WHAT WAS THE REASON. Why have a double shantay for a middling lip sync two weeks ago, just to have a double elimination for another middling lip sync now? We could’ve just done things normally and everybody would be satisfied! But Ru can’t help pulling out gag after gag this season, whether they make sense or not, and River and Choriza are the latest victims.

Honestly, I’m not sure what to make of the top five this leaves us with. Of the group, only Ella and Kitty seem like viable winners — Scarlett is too abrasive, Vanity hasn’t performed well enough and Krystal is too green — and even those two haven’t had the most impressive showings. River and Choriza were the heart and soul of the remaining cast, and without them, I’m not sure what will keep these last few episodes afloat.

Next week is some kind of ball? Or pageant? Maybe another Krystal win is in our future if this is look-based. I don’t know. I’m not excited. But I’m going to keep watching, naturally — I’m in too deep. I just hope I can get a few more moments of satisfaction out of this season, like Kitty getting a badge and Ella snatching the crown. It’s all we can hope for at this point.