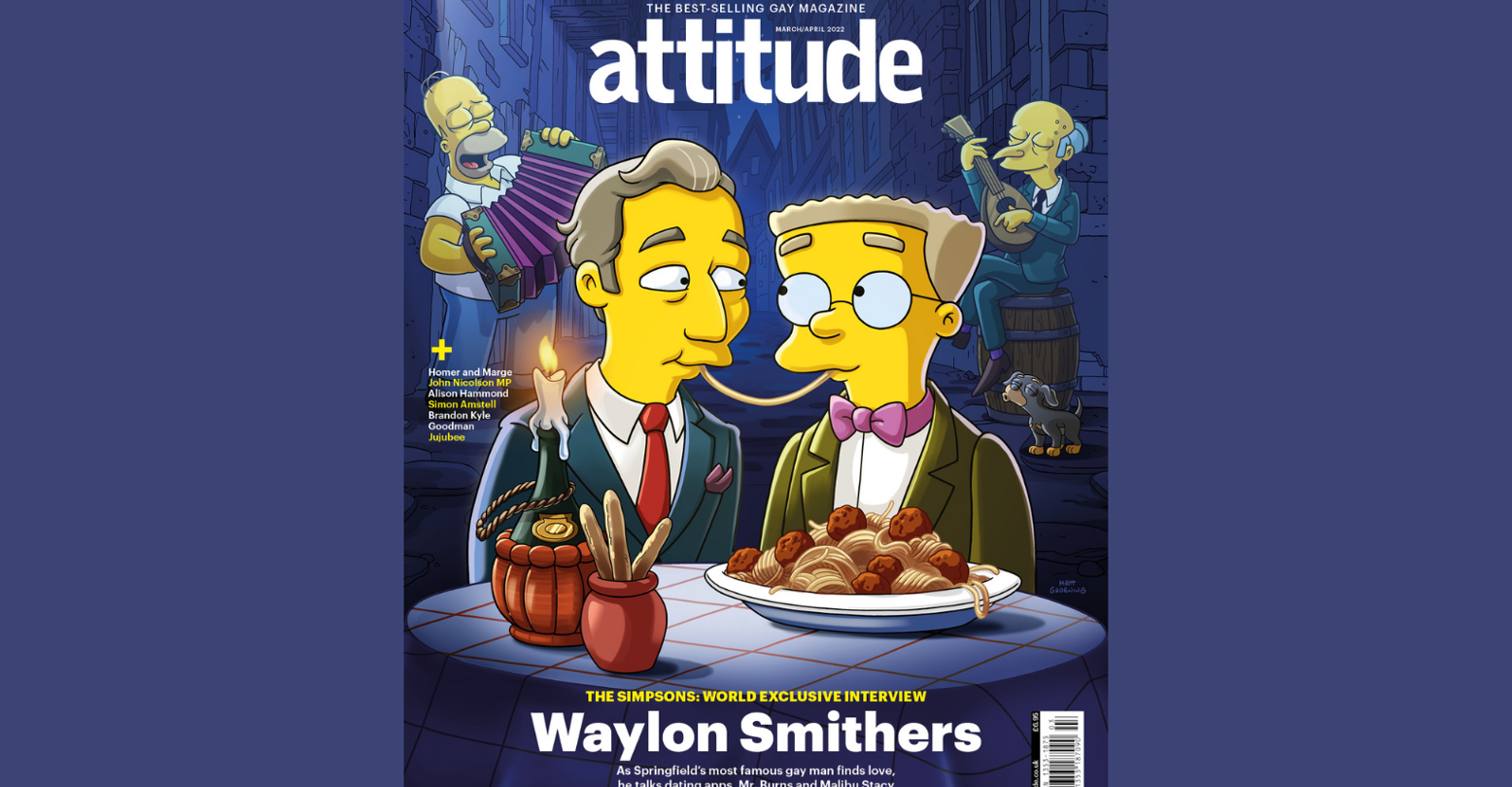 Ah, unrequited love. Whether you’re the perpetrator or recipient, the feeling is almost universal and equally one of the most heartbreaking things one can endure.

And in media, it’s even bigger as a trope. With the classic show The Simpsons, the character Smithers is used as the narrative device for unrequited love. The character is the assistant of the despicable Mr. Burns, making him be the butt of jokes throughout the long-running series. But when he is not being made fun of, Smithers has his own story.

The cover star of Attitude, Smithers (yes, a fictional character) gave an exclusive to the magazine about his experiences as a gay man in a small town and unrequited love.

Upon setting his eyes on Karl Marden in A Streetcar Named Desire, Smithers instantly knew he was gay. “Well, I remember watching A Streetcar Named Desire and being unbelievably attracted to the hunk on screen who had such powerful, raw sexual energy — Karl Malden, who plays Stanley’s friend. I’ve had a poster of him in my bedroom ever since,” he says to Attitude. This was an eye-opening moment for Smithers and his journey of sexuality. And thus, he fell into a pit of unrequited love with a straight man.

“No matter how often you think about him, no matter how many love letters you send, it will never be requited. Because you will never be good enough for Karl Malden.” Now, if you’re a fan of the show, you know Smithers is not talking about Karl Malden. The actor was simply an enlightening experience for him. But in actuality, Smithers is referring to his decrepit boss Mr. Burns. Yes, the same man who is consistently mean to him. Perhaps, there’s a more internal issue at hand but we don’t have time to break down all of that.

When asked for advice for gay men who are in love with straight men, Smither simply responded, “Maybe don’t spend two decades of your life pining after someone who will never love you back.”