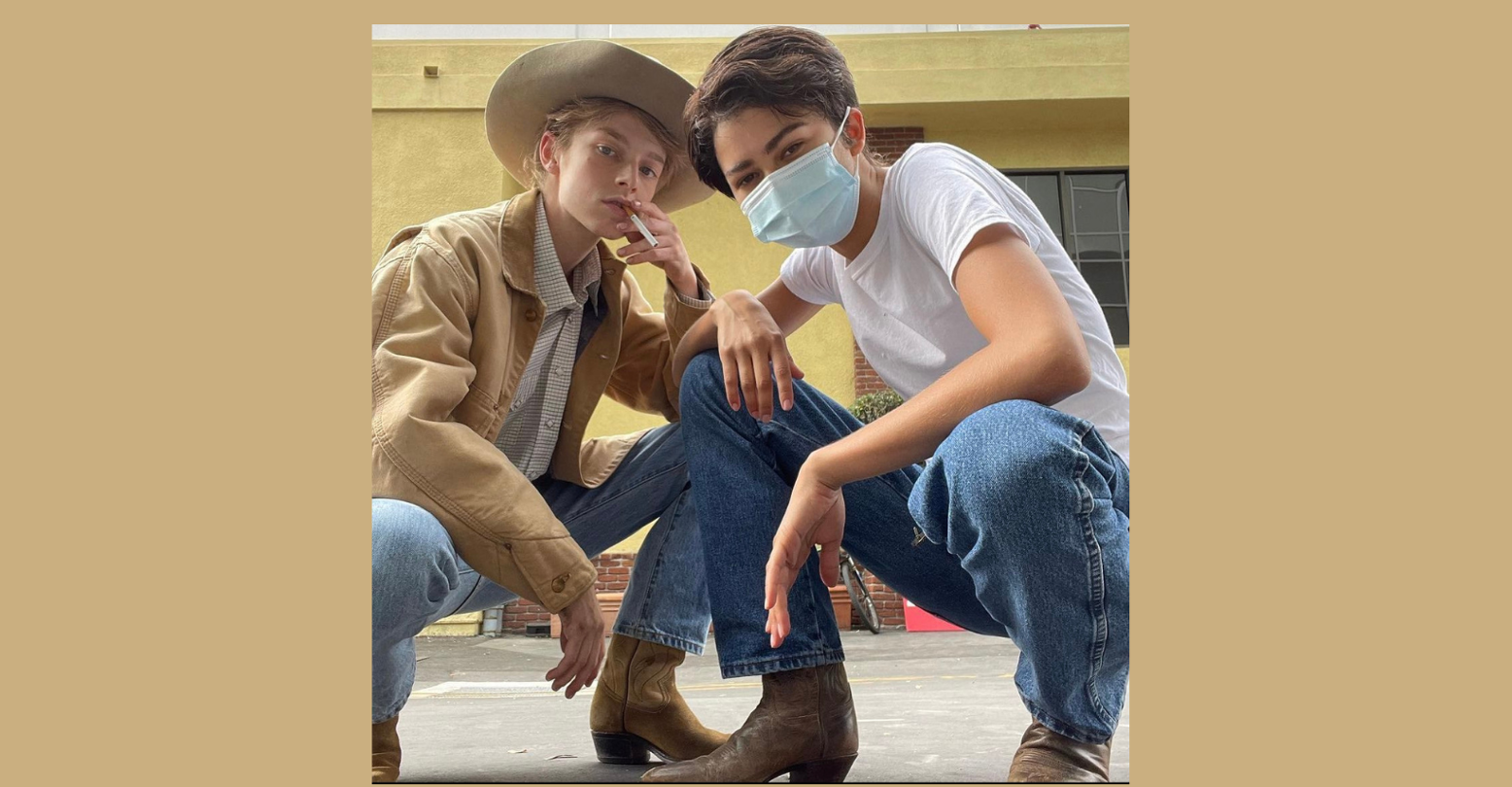 Another Euphoria episode, another slew of queer content to dig into.

The second season’s fourth episode, “You Who Cannot See, Think of Those Who Can,” started with a bang, featuring a montage of Rue (Zendaya) and Jules (Hunter Schafer) recreating iconic romances from art, movies and more.

This included queering some classic content like Snow White and the Seven Dwarves and Titanic — which, yes, please cast Zendaya as Jack in the inevitable remake. But the standout moment of this sequence was a shot-for-shot recreation from Brokeback Mountain.

Zendaya assumed Jake Gyllenhaal’s role of Jack Twist, while Schafer took on Heath Ledger’s Ennis Del Mar. The two recreated the iconic tent scene, fumbling around in front of a campfire as they made love for the first time.

I’m sorry but the Brokeback Mountain recreation had me cracking up #Euphoria pic.twitter.com/sfmW1UYcWp

Though Brokeback is heartbreaking, this scene was a moment of levity in an otherwise dark as hell episode. Plus, Zendaya and Schafer look so hot in these cowboy costumes I might combust.

“That was fun for me and Z just because we got to do our Southern accents and act like kind of old withered Southern dudes who were secretly gay for each other,” Schafer told EW about filming the scene. “It was just fun on set for that.”

The episode’s other standout queer plotline was Cal’s coming out. Hoo boy, this was messy, but Eric Dane’s performance was impeccable. After driving drunk to the gay bar where he shared a tender moment with his high school best friend, Cal returned home to blow his family structure to bits.

Cal told his family that he’s had sex with countless men. He told his son Nate (Jacob Elordi) that he was his biggest regret. He literally pissed on the floor. Oh, and he did it all with his (prosthetic) dick hanging out.

“Cal existed with that ironclad façade for the better part of his adult life, which is spectacular if you think about it, that he carried that burden for so long with the exception of the trysts he has at the motels with the younger girls and boys,” Dane told TVLine about the show stopping scene. “I thought it was just so much fun to do that scene and I hope that that translates in the viewers’ accepting it.”

After dropping a bomb on his family, Cal took off into the night. Where is he headed? We’ll have to keep watching to find out. “We find out later in the season where he goes,” Dane explained.

Personally, I’m hoping he’s headed to find modern-day Derek, the boy he loved back in high school. I don’t think Cal can ever really be redeemed, but I’d love that storyline to get some closure.

This season has been a disaster for all the characters — we haven’t even touched Cassie’s rapid descent into madness. But frankly, the remaining four episodes are a mess I can’t wait to see.