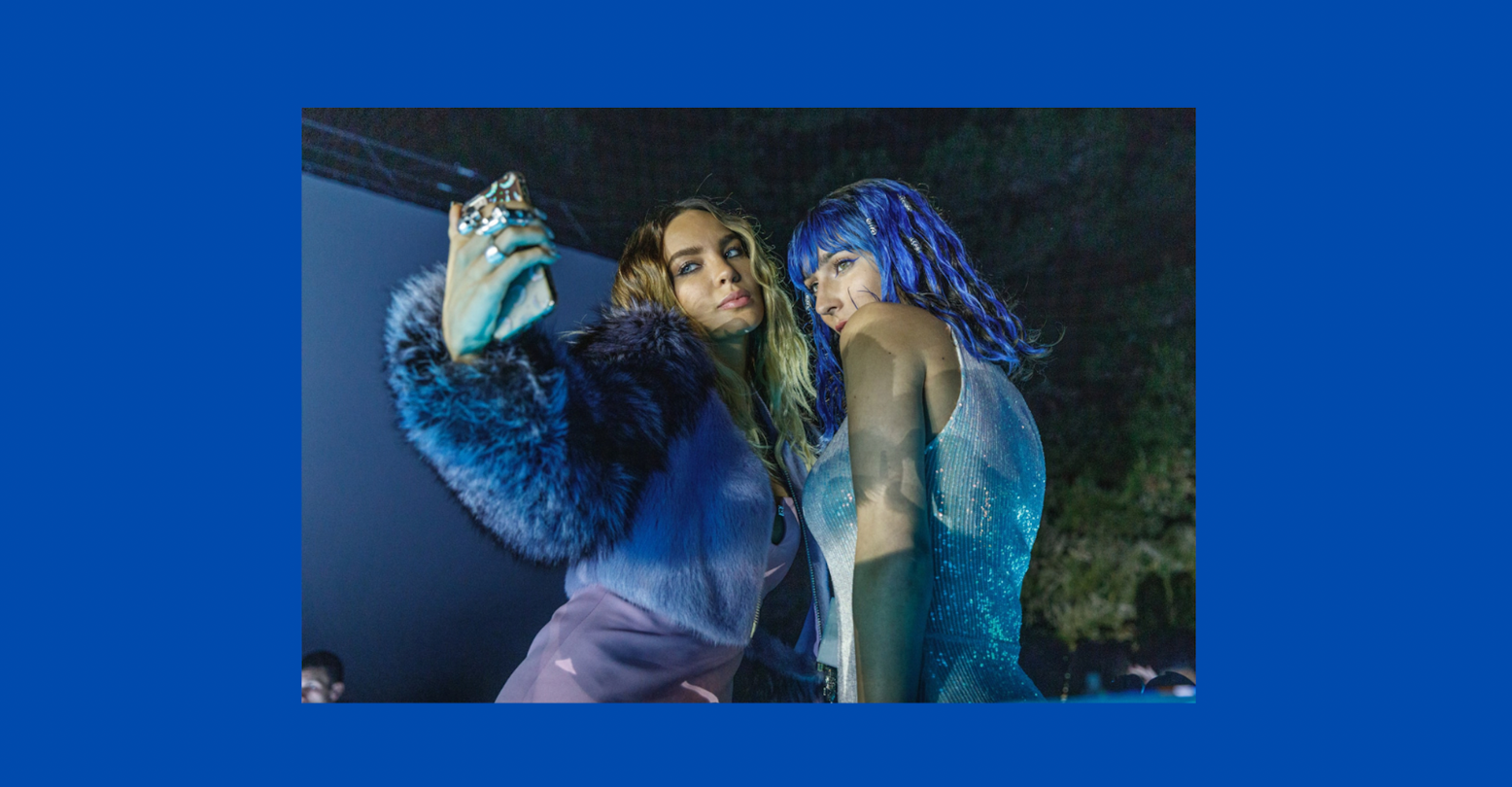 Please note: This article includes minor spoilers for some relationships in the show, but none that will affect the broader plot or ruin viewing the experience. The details shared below simply provide joyous assurance to queer readers that they won’t be disappointed by the arc of the characters who share their identities, as we all too often are.

“Welcome to Eden” (titled “Bienvenidos a Eden” in its original Spanish) is Netflix’s attempt to get in on the “teenagers stuck on an island and something deeper is going on” drama à la sapphic sensations “Yellowjackets” and “The Wilds.” In fact, “Eden” was brazenly released on the same day as the long-awaited second season of “The Wilds.” The show uses a twisted secretive influencer trip to lure young people to an island with glitz, glamour and very little information —but what’s waiting there is a horrific, increasingly bewildering cult. “Welcome To Eden’s” frequent dark turns ask the audience to consider what inspired the origin and mechanics of this cult (the couple in charge seems highly focused on climate change, but it’s unclear if that’s a cover or the true motive), and reflect on how far we would be willing to go if the choice was to recruit more people or be killed.

Not only does the highly-bingeable show have killer outfits —everyone’s in striking blue everyday activewear, or sparkly skin-tight fits for member recruitment parties—and tons of original new music from pop star and member of the cast Belinda, but it deals with those coming-of-age aches of grief, parental dynamics, and resentment that many will relate to. The young characters wrestle with issues of abandonment and failed expectations, ultimately teaching each other that they are stronger, kinder, and have more promising futures than they thought before they arrived. The character development is often sweet and encouraging, but it’s all set against a suspenseful backdrop of the murderous cult that will do anything to keep its new members under control at this hidden location. For the misled partygoers of “Welcome to Eden,” their newfound hope is only useful if they can make it off the island alive.

The best part? All the greatest characters —who support the rebellion and help people escape— are queer. Let’s meet them, shall we?

Amaia Aberasturi plays Zoa, a casually-bisexual main character who receives a DM from Eden asking if she’s happy. The invite to party in paradise offers Zoa an escape from the life of raising her younger sister while their mom goes in and out of rehab and their dad disappears to spend time with his girlfriend. “Welcome to Eden” gives Zoa a compelling romance arc and sex scenes with a man, and later, sex scenes with a woman. These intimate scenes are filmed equally beautifully and openly.

Begoña Vargas (who you may recognize from Alta Mar, Netflix’s sisterhood saga on the high seas) plays Bel, the hot, gay rebel in boxer braids. She’s the reserved badass quietly leading the rebellion against Eden’s eerie, manipulative cult leader. Bel is preoccupied with monitoring Zoa’s progress, which evolves into helping her escape the relentless danger of living under cult surveillance. Later in the story, the trust they develop turns into something sapphic and spectacular. The bond between them is tender, sexy, and feels the most promising for the show’s exhilarating future.

Tomy Aguilera plays Charly, an adorably cocky guy who instantly falls for gorgeous hacker and blue-haired trans babe Mayka (Lola Rodríguez). While the other couples in the show connect over the cult’s “linking” strategy (where an existing member is tasked with seducing a newcomer so that they reconsider ever wanting to leave post-Influencer-trip), this couple has a natural attraction. Charly likes Mayka for her bold, undeniable confidence. Mayka —who in a powerful scene explains to Charly that she came to the island of her own free will because she was sick of having to justify her existence to other people— can’t resist his determined, boyish charms. She’s doing the surveillance work that keeps members trapped, but through her relationship with Charly we see that she’s capable of allowing her feelings to weaken her commitment to the cult. Mayka dedicates her time to covering up all the potential missing persons cases Eden produces —and yet she likes Charly enough to quietly let him go when he tries to escape.

Deaf actor Carlos Soroa plays Eloy: a gentle but resolute gay guy who has taught many other cult members sign language (though his love interest is rightfully called out for not wanting to learn, tut-tut). He’s been having a secret relationship —i.e. running off for sex in the stables— with Orson, a cult member in a leadership role (played sternly by Joan Pedrola). But they’re only hiding it for fear of the cult leader’s belief in the life-or-death power dynamics that make the scheme work. When it’s revealed that she already knows, the once-hostile Orson is all about life-saving grand gestures and public displays of affection. Bonus level of awesome: Bel is Eloy’s best friend, and they use his dick appointments to the rebellion’s benefit by stealing Orson’s access card for Bel’s use as soon as Eloy takes his pants off.

Between its breathless cliff-hanger ending, and the multi-faceted evils of the cult’s methods and mysteries yet to be revealed, there is much left unanswered and even more to discuss about “Welcome to Eden.” More than the shocking twists (although I seriously can’t stop thinking about the final scene!), I loved that Netflix really leaned into the queerness in this show —without any coming-outs or shame about sexuality.

Vibrant queer representation is true to the essence of the shows it’s emulating, but “Welcome to Eden” is generous in giving all its queer people a brilliant, nuanced, captivating arc. That’s something rare even in this new era of queer representation. The show allows each character depth, appreciation, and a true sense of being loved. Not everyone starts out that way, but by the end of the first season (which leaves us on what feels like a very obvious “season two coming soon” note) all of the queer people —in the monumental moments and in small, brave gestures along the way— are heroes.♦