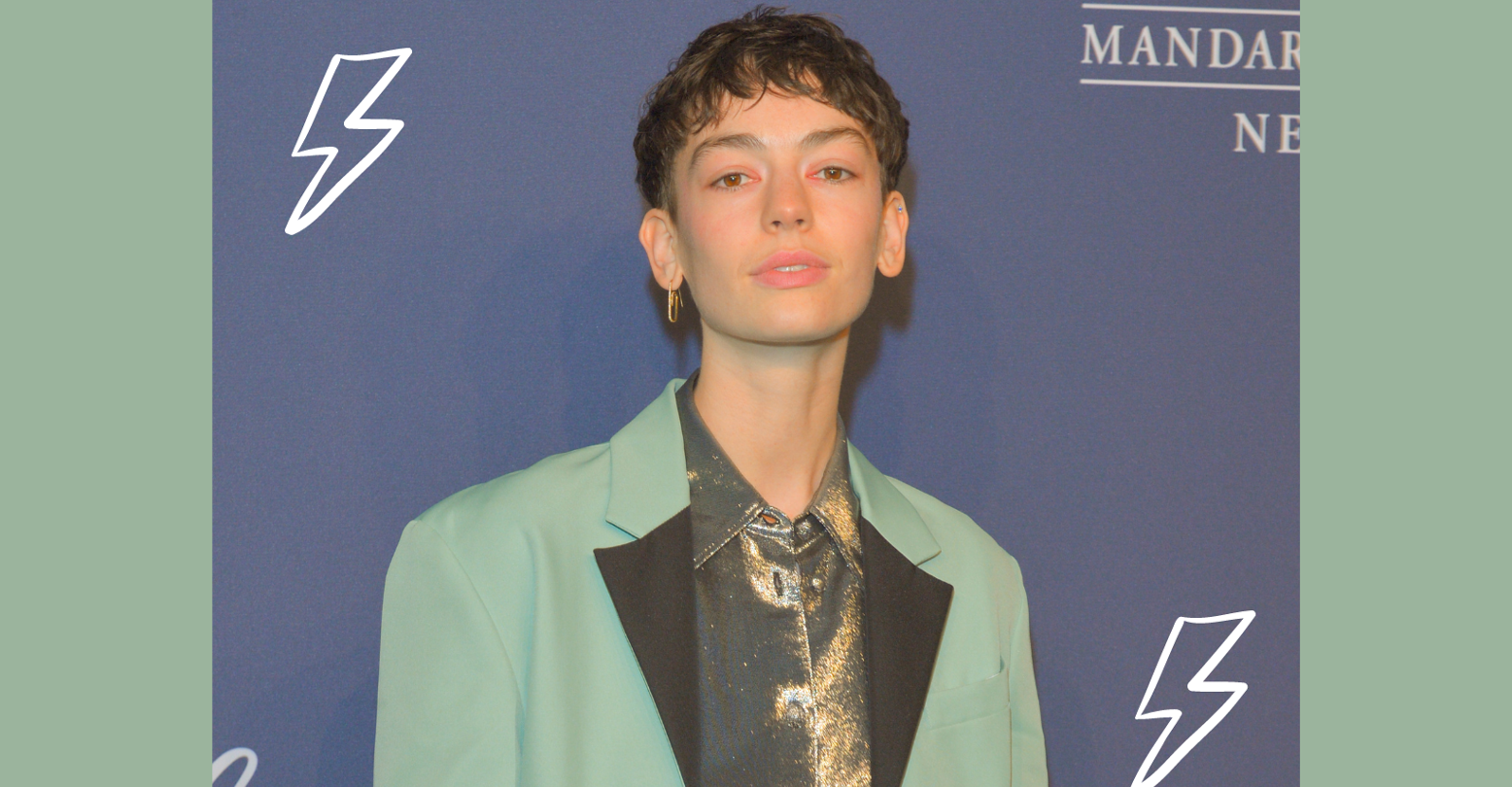 With the final season of Atypical having arrived on Netflix, series regular Brigette Lundy-Paine is now looking ahead to their future. The show is a coming-of-age dramedy about Sam (Keir Gilchrist), an autistic young man navigating high school and eventually college. Nonbinary actor Lundy-Paine plays Casey, his younger sister, and over four seasons viewers have watched the character explore relationships with family, friends, and other girls. It is the longest-running role Lundy-Paine has held, and recently they spoke with Out to reflect on growing up with and beyond the character.

“It’s been really emotional,” they said. “Casey is and always will be a huge part of me, and she’s taught me so much about myself and about the world and about what it means to be a friend.”

In particular, Lundy-Paine relates to her coming out journey. Casey starts the series in a relationship with a boy but eventually realizes that she has feelings for a girl on her track team. Throughout the series, she is unsure of where she fits on the queer spectrum, and in the new season, she comes out as bisexual.

The discomfort with labels was especially resonant to Lundy-Paine, who came out as queer in 2018 and nonbinary in 2019. Speaking about Casey’s journey to define herself, they said, “I think that it really represents myself more truthfully, my complexities. And it also represents the complexities of queerness that are what make our community so special… I really do believe Casey represents this fabulous, uncontainable joy of queerness.”

Idk why Elsa hates on Casey’s wardrobe, I need all of this pic.twitter.com/86o3qRAink

Lundy-Paine admired the leeway that Casey gives herself while she figures things out. The character made them hopeful for the future. As they put it, “We can build communities that free us from the constraints of a history of colonized ideas of gender and sexuality. You really don’t need to fit into what language makes us feel like we have to. You’re beyond that… I hope through their relationship with Casey and Atypical everyone can just take a deep breath and really be forgiving to themselves and just really speak kindly to themselves.”

Casey also has much more going on in her life than her sexuality. She also deals with mental health, as the new season explores her struggles with anxiety. “She sort of is a hero of mine, and so to watch her go through that was heartbreaking,” said Lundy-Paine. “But at the same time to watch her figure out how to navigate through it and to come to this realization at the end that she had to do what she loved and be true to herself in order to really be comfortable in her own body and free herself from the idea that there was something she had to be I think is really beautiful.”

But all good things must come to an end. Even so, Lundy-Paine is looking forward to their career beyond the character. They said, “I’m always going to carry [Casey] with me. But at the same time, I felt very ready to let her go, because she’ll always be 16, and I’ve got to grow up.”

As for what’s next, Lundy-Paine is ready to explore more complex and weird acting opportunities. “I mostly just want to play freaky characters,” they said. “Because Casey is a character that’s really straightforward, she’s very funny and very charming, and I want to play a character that makes you really uncomfortable.”

Outside of acting, Lundy-Paine has been staying active with their band, Subtle Pride, and is focused on their relationship with their partner of two-and-a-half years. “They’re just my very best friend in the world and I love them very much,” they said. “I’m super grateful for the solidness of this relationship.”

The final season of Atypical is currently streaming on Netflix.