The video explores the intersection between queerness and the Freudian death drive, pursuing destruction as a generative force. According to Black, “The death drive is usually thought of as this toxic negative force, but so much of my growth as a person and an artist has come as a result of my self-destructive tendencies towards addiction and self-loathing. The death drive isn’t just negative. And there’s something very queer and powerful about that to me.”

Sam Sparro: So I realized we’ve known each other about 15 years now. Do you remember how we got our nicknames for each other “Sprinks” and “Soyinka?”

SS: Oh yeah I totally forgot we had a blind date. I was living in London until 2002, so it must have been right after I moved to LA.

AB: And yes, of course I remember. We had a side project around that time called Rainbow Sprinkles. Our only song was “My Cell Phone, I Lost It” and it was a hilarious mess. Rainbow Sprinkles became “Sprinks,” and then a fateful autocorrect turned it to “Soyinka” at some point.

SS: Yeah our little side project—I remember we were really inspired by Fanny Pack and Le Tigre.

AB: Hahahaha, I forgot about Fanny Pack. Yes we were.

SS: So you were studying cultural anthropology at UCLA when I met you. Do you think your education has affected how you make music and the way you present it visually?

AB: Hmm that’s a good question. I was taking a lot of ethnomusicology classes at the time and was interested in a lot of different types of world music. It definitely made me a voracious listener and collector of music, I became obsessed with all these niche subgenres of music I was discovering at the time like Ethiopian Tizita and stuff like that. So I think it taught me how to listen to and absorb music in a way that has stayed with me.

SS: I definitely think of you as someone with a broad taste and knowledge of music. What were the biggest influences on the Baby EP, which I absolutely love btw. 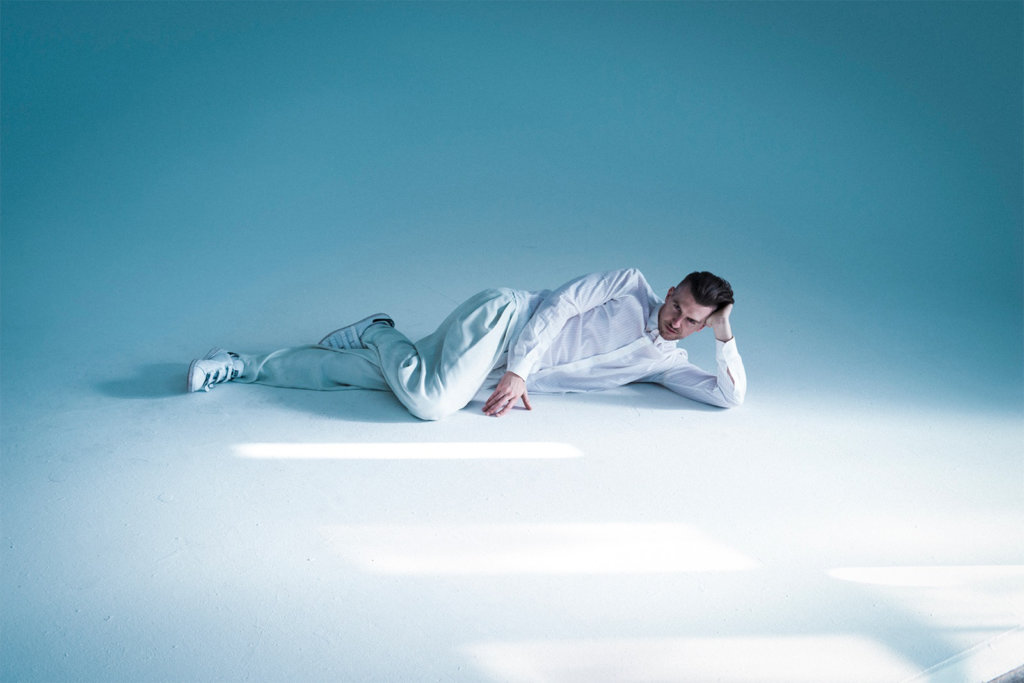 AB: Aw thanks Sprinks. Baby is really a product of about a decade of obsessive music consumption and collecting. I ran this music blog Death Wears White Socks for many years, something I started back when music blogs were first having their moment. I’d post lots of lost cuts from cold wave, neue deutsche welle, italo disco, postpunk.

AB: I would obsessively track down lost stuff on vinyl, rip it to MP3, and upload it to the internet so people could hear it. So a lot of those genres—minimal synth, Belgian new beat, German new wave—you can definitely hear those influences on Baby.

SS: It’s interesting to me how we have so much A.I. trying to predict what we like and presenting us with what it thinks we should like. It’s really taken the human element out of musical selection. You have to be vigilant in curating your musical diet now. How do you find and hear most of your music these days? I have to admit I’ve gotten a little complacent.

AB: Same. I used to spend so much time researching and discovering new music. This was before algorithms were serving it to us, so you really had to work for it. People prided themselves on the unique stuff that they and they alone would discover, and sharing that felt really special and valuable. Now everyone has access to everything, which is great, but it has definitely changed the experience of discovering music.

SS: Haha. “Discovering” what an algorithm is presenting to you…

AB: I also rely on the young Gen Z kids I work with to keep me up to speed lol. “Teach grandpa about the cool music of today” type of thing.

SS: The thing is there’s so much fantastic music being made today but the mainstream playlists are pretty terrible. Anyway, not going to start bashing radio music. It’s futile. Tell me about the concept for the video.

AB: Yes, the video. So I worked with this director Xavier Hamel, who I know loosely through CalArts, where we both studied. He’s done videos for Bebe Huxley and some other cool queer folx and he liked the song, so we got together and just started kind of comparing notes on the various things we were into. We quickly discovered that we were both absolutely obsessed with the Duran Duran video for “Chauffeur,” which, if you haven’t seen it, watch it—it’s gorgeous. 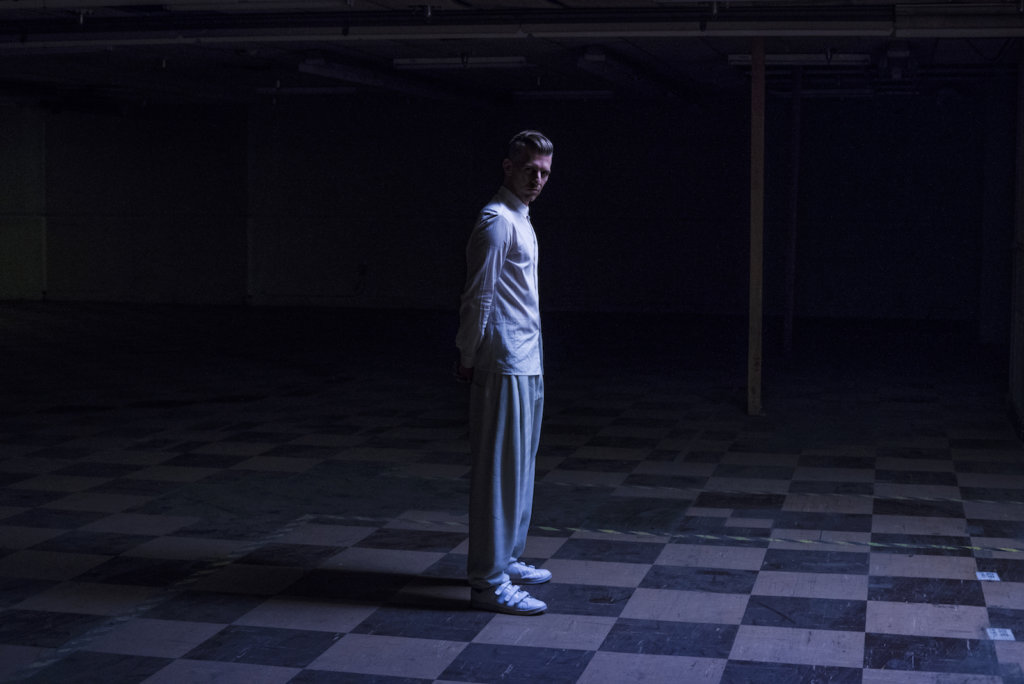 SS: That’s so weird. I was in a side project with Mark Ronson called “Chauffeur” that we named after the Duran Duran song and we performed it with Duran Duran and I totally fucked up the lyrics and was mortified.

AB: Hahahahah. Of course you performed it with Duran Duran, NBD! And I’m sure you killed it. The video is sort of like this surreal brutalist love triangle between these two incredibly stylish women and a male chauffeur who are all headed for some sort of rendezvous. When they arrive in this concrete parking structure, the chauffeur suddenly becomes a topless woman and they all engage in this mesmerizing sapphic dance. It’s really chic and beautiful, but also very much a product of the male gaze—essentially the straight male fantasy of lesbian love, which we didn’t love. So we decided to put our own queer spin on it and give it a bit more agency.

SS: There’s kind of a Pierre et Gilles feel to some of the shots and kind of a Gregg Araki/Jim Jarmusch ‘90s indie cinema feel as well.

AB: Xav (the director) and I both love all of those references, and I’m sure they crept in, but our visual inspirations were definitely more ‘70s/’80s. In addition to “Chauffeur” we were channeling the films of Rainer Werner Fassbinder, especially The Bitter Tears of Petra Von Kant, which has these sort of lush, faded, tragic interior settings. We really wanted to juxtapose those velvety interiors with the ’80s concrete brutalism of “Chauffeur.”

SS: I find it strange that queer people have more visibly and acceptance than ever before but we have so few cultural superstars, especially in music, these days. Why do you think that is? 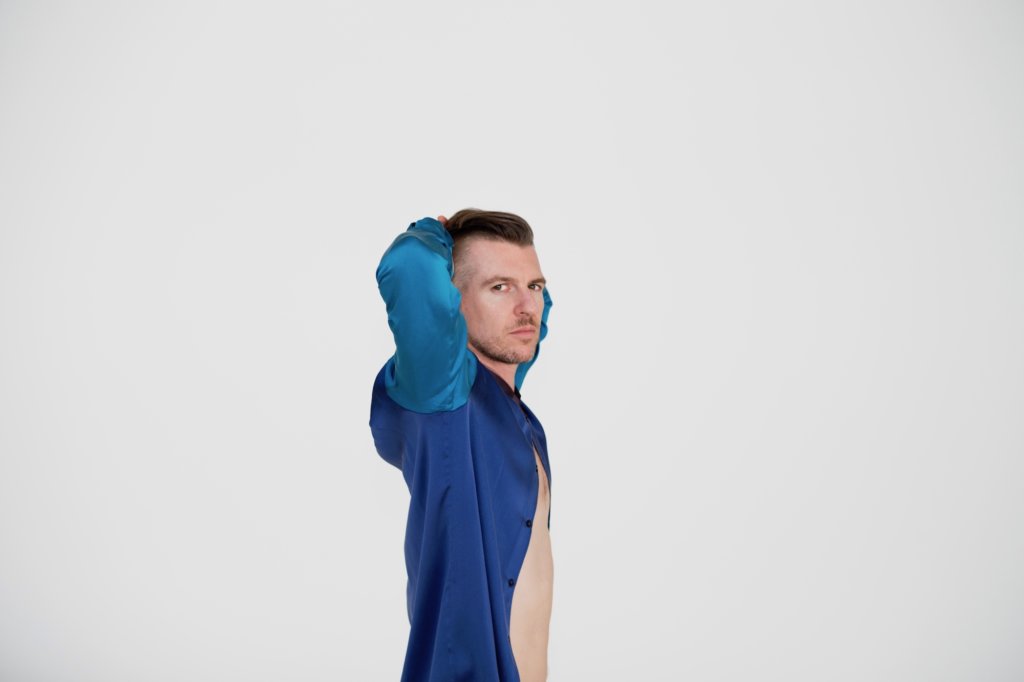 AB: I mean, the closet for one, and also this sort of retrograde notion that coming out can kill your entertainment career. If anything, the opposite feels true right now!

AB: I also think that a lot of our most talented queer artists haven’t always played to the masses, and so sometimes they achieve a sort of cult status instead of mainstream stardom. Which is great, but it’s also nice to see some really visible queer superstars coming into their own.

SS: Well, I’m super excited for people to get to see the video—it’s really gorgeous. The EP is so perfect and I’m so honored to have shot the cover photo!

AB: Thanks Sprinks! It feels good to get it out there. I work full time as a writer so it took a really long time to get this project out there into the world—hence the name Baby lol.

SS: Totes. See you at my wedding bitch.

AB: SEE YOU AT YOUR WEDDING BITCH!