Prolific is an exclusive video series spotlighting unique queers around the world who are pioneers in what they do. These game changers are prolific, and these are their stories.

Mickey Boardman has been the editorial director and advice columnist for Paper Magazine since 1993. His writing has been featured in multiple publications, including the New York Times, Out, and German Vogue. He’s also been a frequent commentator for shows on VH1, E!, and more. In New York, his colorful personality and fashion choices have made him an iconic and legendary fixture on the fashion/social scene. Check the video and read more excerpts from his interview with us below, where we dive deeper into his feelings about America, his definition of success, and his charity work in India. 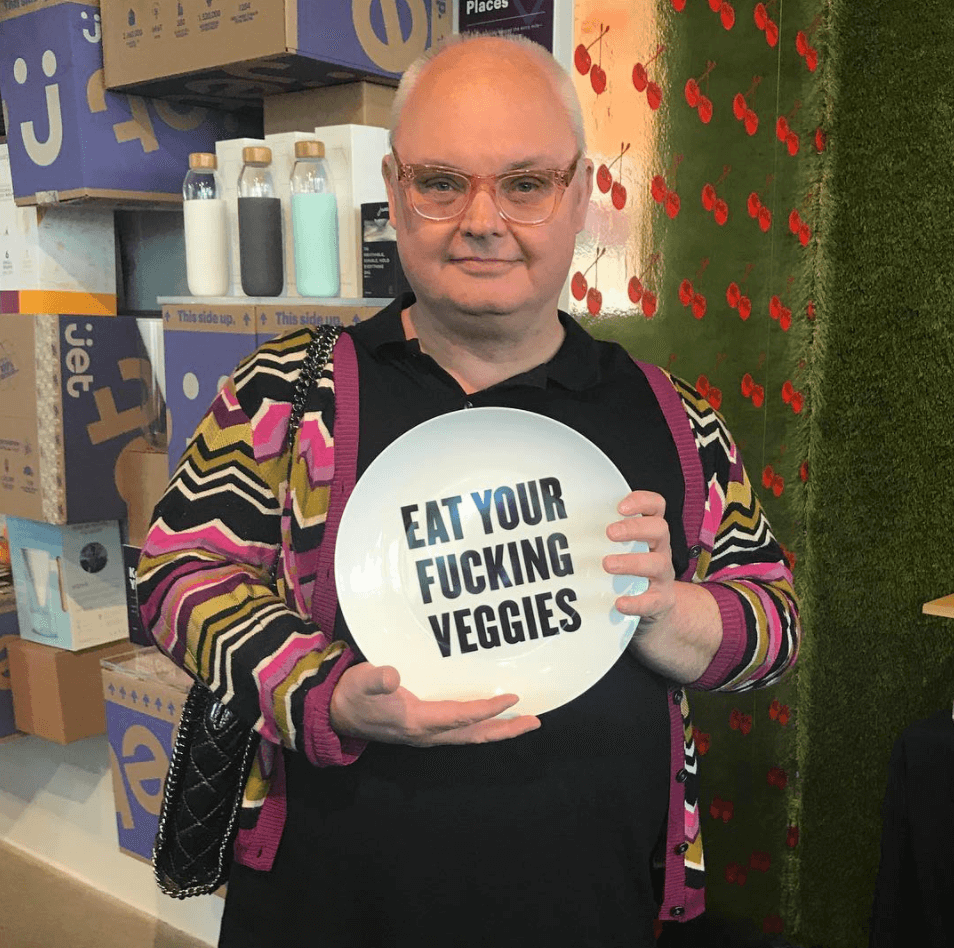 Grindr: What does it mean to you to be very American?

Mickey: Well, I’m very optimistic. I think anything’s possible. I think you can create yourself completely, and I think that’s a kind of American sentiment; America at its best. Perhaps that doesn’t reflect the current state of America, but I think America at its best is all about optimism and totally creating yourself in making your dreams come true

Where would you say America is going now?

I would sayI’m hoping that America is in the last throws of evil racism, hatred, and white supremacy and that this will make us all band together and fight against those things. I think hopefully we’ll learn something in the sense that us – meaning people on the left – calling anyone on the right who supports Trump stupid and racist isn’t necessarily a way for them to see the light or for us to come to an agreement. But I think we’re in a really difficult, dark, and horrible time, but we will survive and thrive, and this is life. 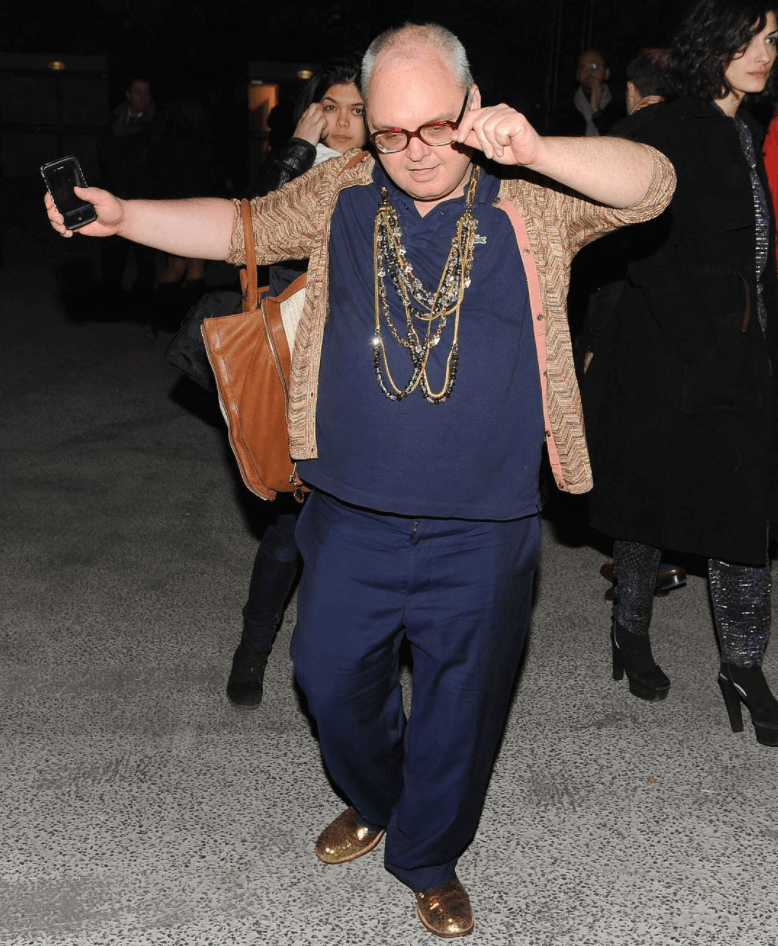 Where are you going?

Well, I’ve had the same job for 25 years and I’ve lived in the same apartment for 24 years. So, I’m probably going to the retirement home next.

Who are the people that have helped you along the way?

Well, there were always people who gave me positive reinforcement when I was being who I was. I remember in high school I had this teacher, Mrs. Bathka, who was my freshman year English teacher. She was the first person who encouraged us. She gave us writing assignments and said, “Totally go be yourself, go crazy, don’t think it needs to be normal or follow any preconceived idea of what you think an essay should be.” And I totally just went with it. She loved it and praised me in front of the class. It’s so amazing when someone gives you praise for doing something you’ve worked on and poured your heart into because it makes you want to do more and excel more. Everybody needs to feel a little pride in who they are and in what they do. 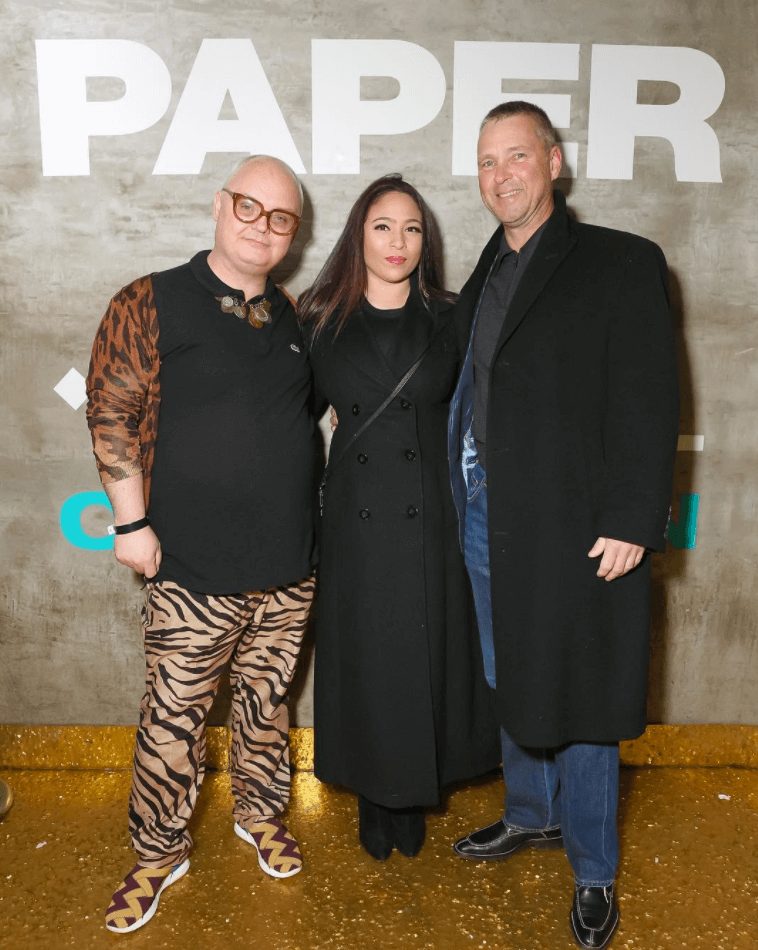 You were talking about praise and doing a good job. Do you think you’ve done a good job?

In general, I think that I have done a good job. Obviously, there are times when you don’t always give 100%, but I tried to give as much as I could. I feel like, in general, my life is a big success. Whether you’re a garbage man or you work at a magazine, whatever it is you do, if you are excited to do it and feel fulfilled, then you are a big success in my eyes. 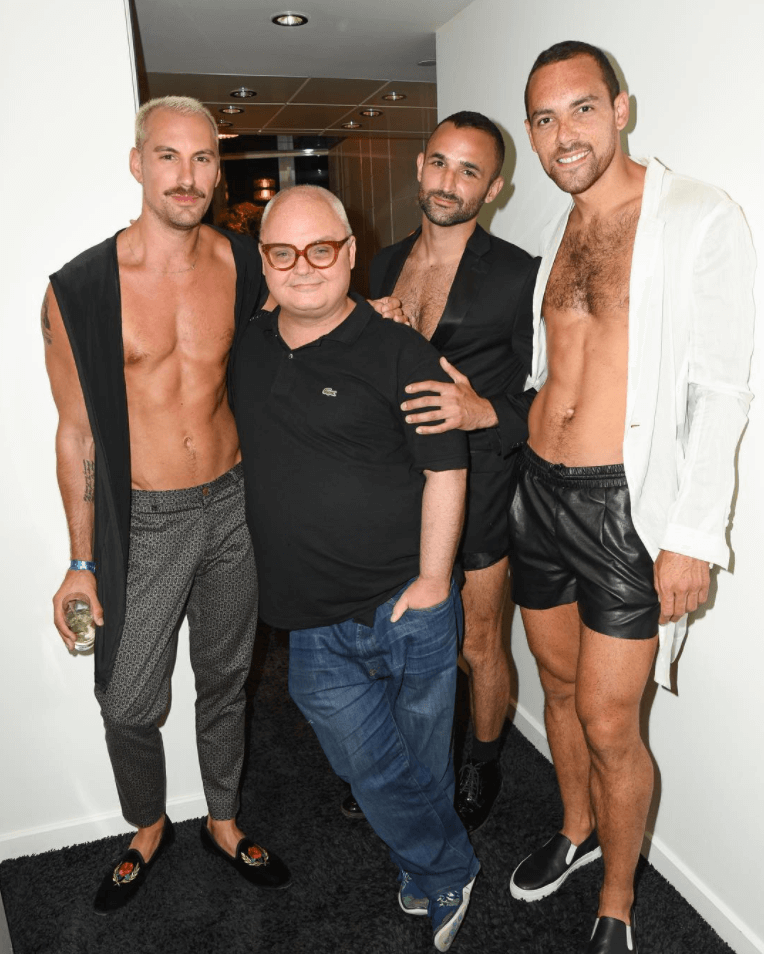 Do you make a point of giving back or trying to help?

I do a lot of charity work in India. I haven’t really done much that’s gay-oriented, but I’ve done stuff with housing charities in New York that helps people with AIDS and HIV. I need to find charities that help with these kinds of situations. In a way, I feel that just going to these places and being gay, or talking to guys on social media from countries where it’s very difficult to be gay, is some kind of help or support to them. But it’s certainly not enough. I mean we all should do more and demand equal rights for LGBTQ people and give money and work with charities around the world. 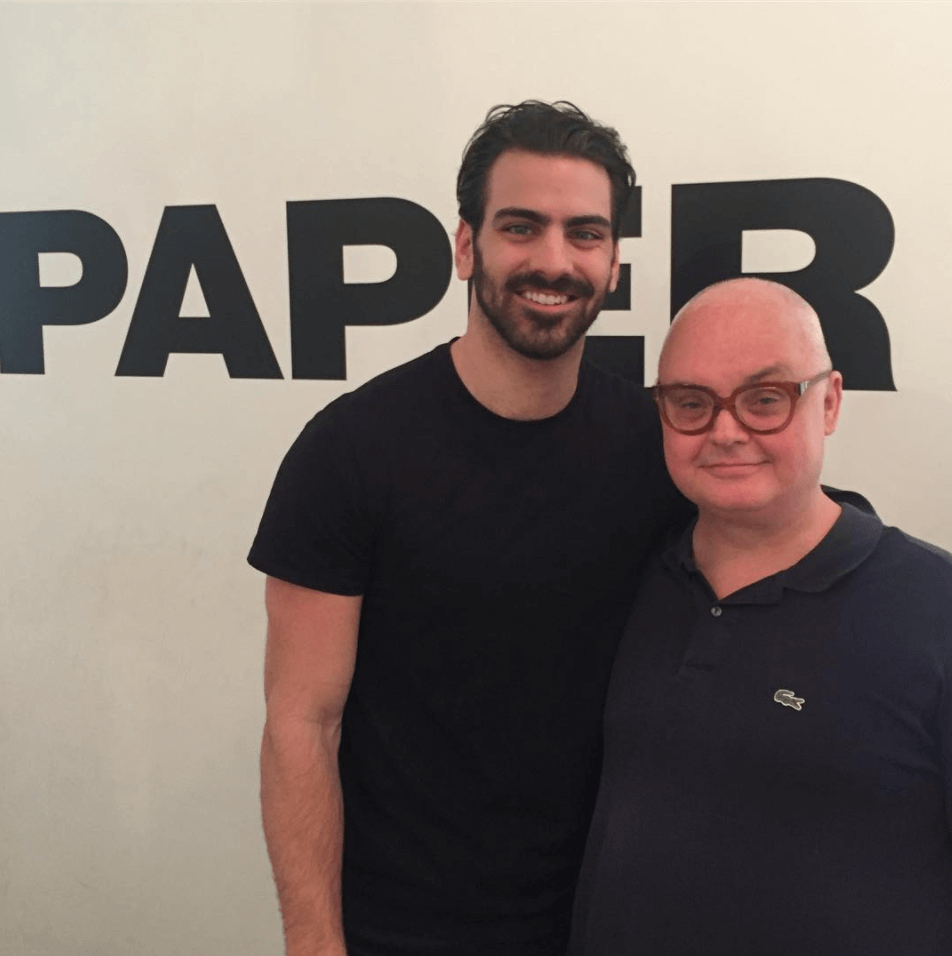 You said you have been 20 years sober. What warranted that decision?

I have a very addictive personality. I either eat the entire box of candy, or I don’t eat anything all day. I have a very hard time saying no. For a lot of my life, I would drink at a party until I either passed out, threw up, or got kicked out. I also was the type who would cry and make a scene; I was not fun. I also was a drug addict. I wanted to do drugs at the least appropriate time. I didn’t want to do drugs on a Saturday night; I wanted to do drugs at work during an important presentation, which is crazy. I just got to a point where it wasn’t fun anymore. Nobody thought that it was fun or cute and it was really affecting my life. 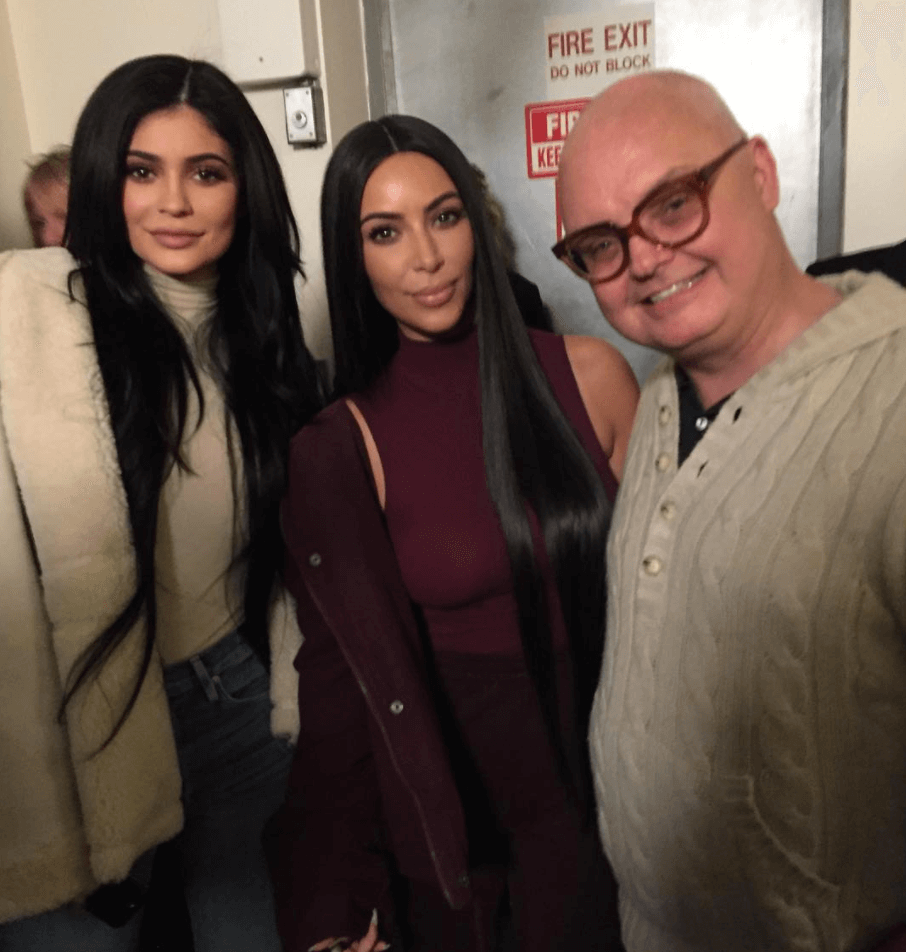 Would you say you weren’t at peace?

When I was younger, I would say I wasn’t at peace. When I thought being gay had ruined my life I was not at peace, but it’s like Glynda in the Wizard of Oz – I had the power all along to be at peace, I just had to accept myself. That’s really the secret to everything; you have to accept who you are and love who you are. I know that sounds like Oprah Winfrey’s network, but that’s the truth. Once you do that, everything else will fall into place, and until you do that, you can never really be happy. If you think there’s something wrong with you, no matter how rich you are, how successful you are, or how many friends and things you have, you’ll never be happy because deep down inside you feel like you’re bad. 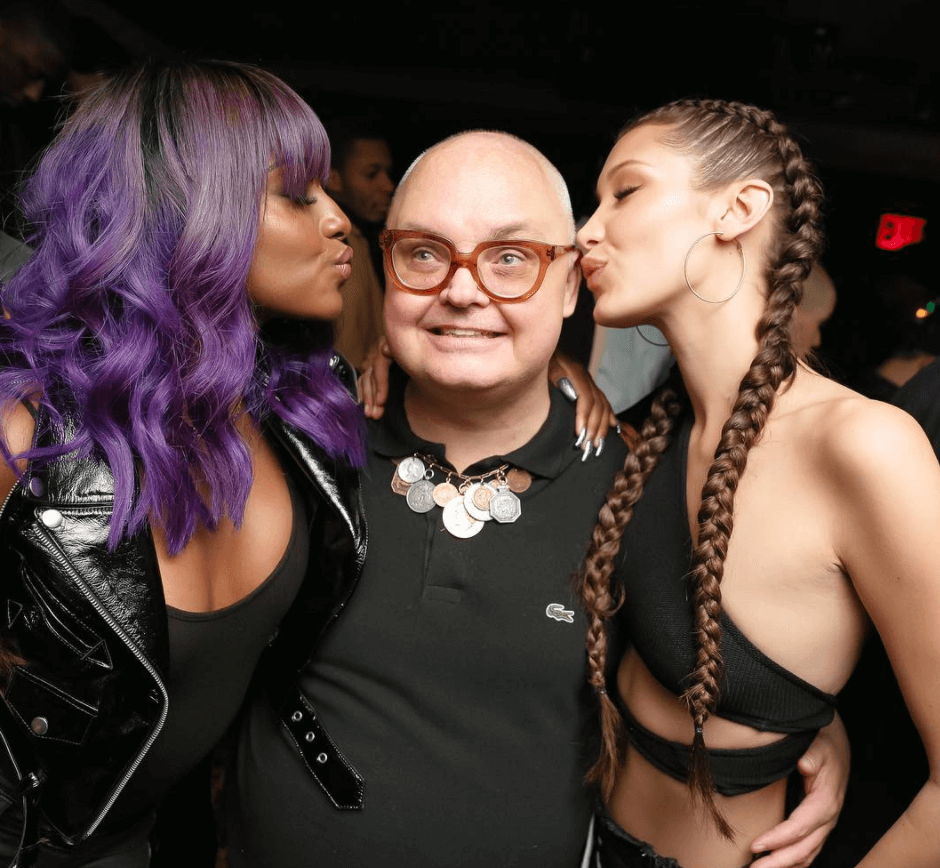 And do you still have the insecurities now that you had when you were younger?

I have the same insecurities that I think anybody has. If I’m interviewing someone who I’m a big fan of and I’m a bit nervous, I think, “Oh, I’m not worthy!” but I know for a fact that I can interview anybody, talk to anybody, and do whatever job is assigned to me. I’m confident and relaxed in a way only a middle-aged person can be: someone who has seen it all, who has lived through it all, and knows there is no shame in asking for help or needing to re-do things.

If you could go back and change anything, would you?

Some things I would possibly change would be if I have ever hurt anyone, or made them sad, I would try not to do that because that’s not a good thing to do. I haven’t spent my life intentionally trying to hurt people, but people have been hurt along the way for a variety of reasons. Also, I would have made out with more cute boys. 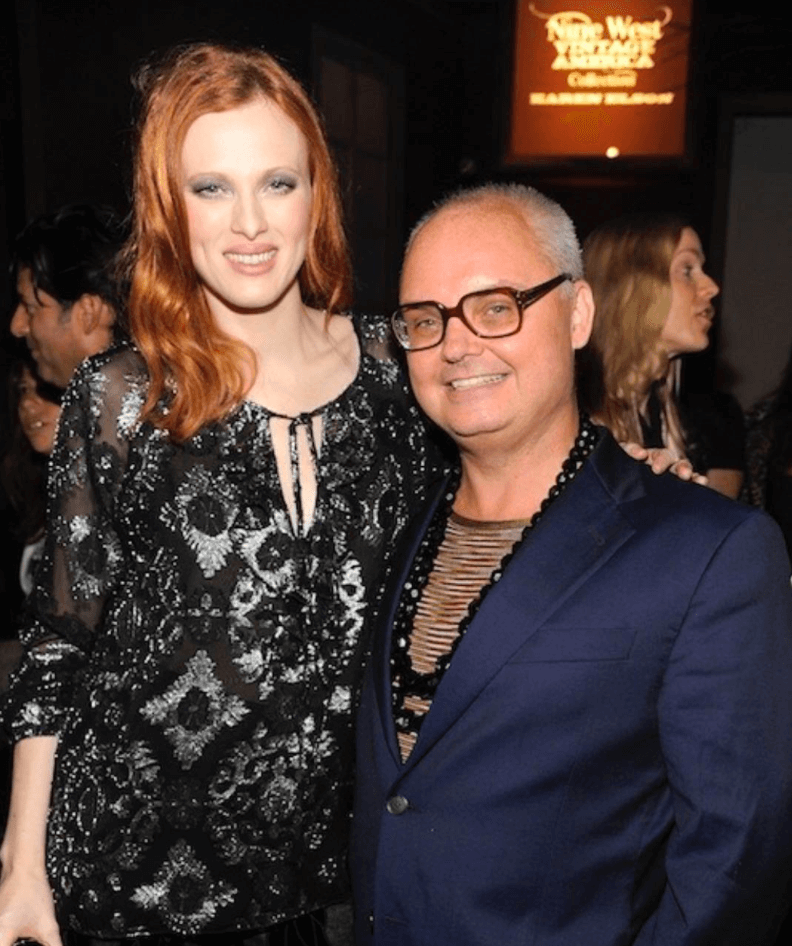 Well, I would like people to think that I was fun to be around, and think positively of me. I’d like them to think that I’ve done my best to make things better, to help people wherever I could and make the world a more positive place. I want others to think fondly of me, in a positive and constructive way, not just like, “Oh, we liked him.” but that I had a positive impact.

So who is Mickey?

I’m hopefully a rainbow emoji or the smiley face emoji that’s winking with the tongue out. You know, I’m a Libra, so I like beautiful things. We hate conflict, and we hate people being disappointed. I love harmony, peace, diversity, and people coming together in a positive way, whether it’s for fun, or work, or whatever. That, to me, is who I am. I am sparkle, I am a sequin, I am a giant paillette.