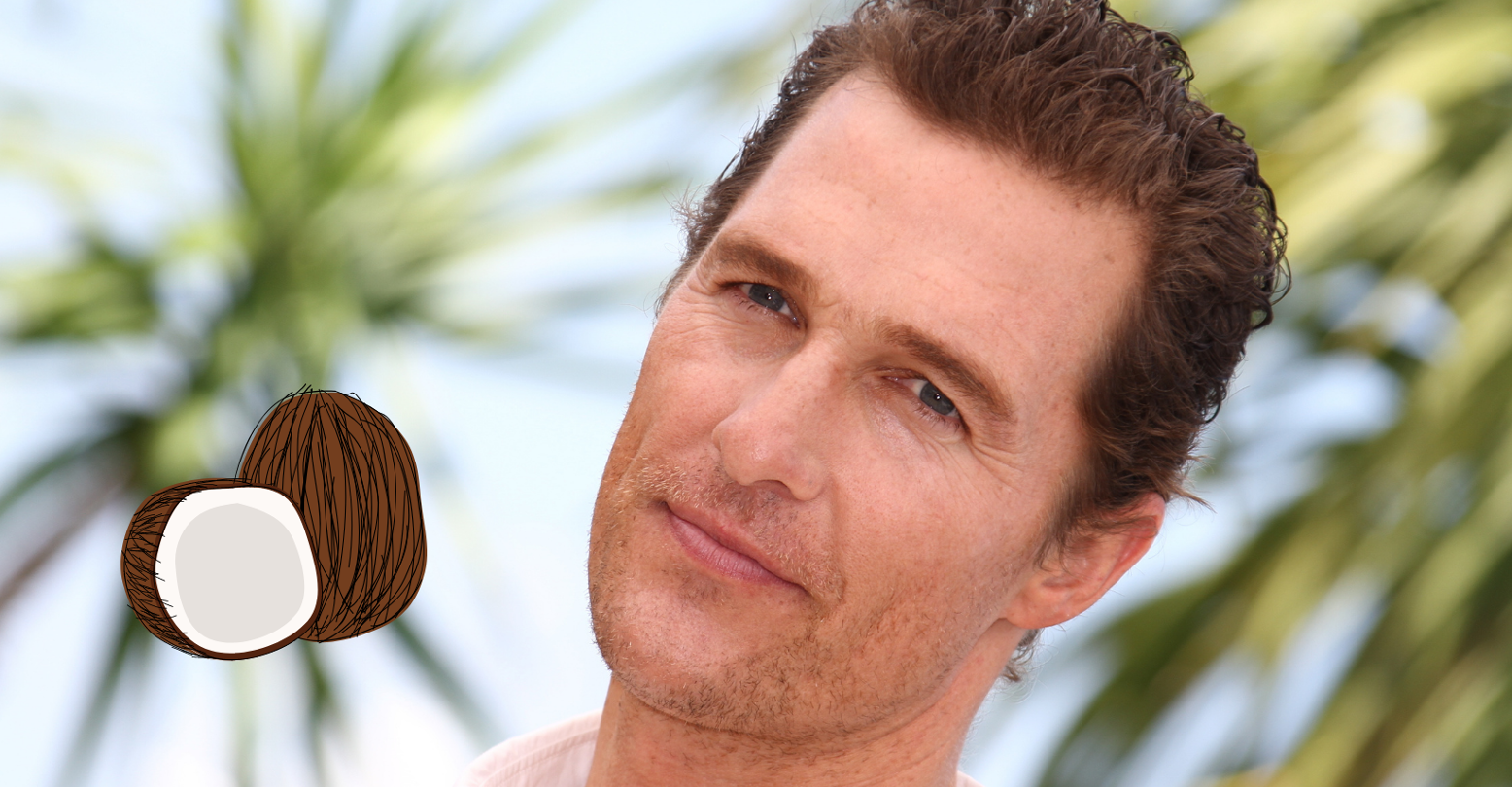 Remember 2011? Neither do I: 4Loko was still legal back then, which might account for the haziness of my memory. But from those VitaCoco-soaked years, there is something else I remember, oddly enough also having to do with coconuts.

Actor Justin Bartha (most notable for his role in the Hangover franchise) went on Chelsea Lately to discuss his delight after seeing his Failure to Launch costars shaved, tanned balls hanging out of his underwear.

Bartha wove a tale about stopping by McConaghey’s trailer one morning with co-star Bradley Cooper only to be greeted by the “beautiful” man in a state of deshabille.

“He answers the door of his trailer and he’s just wearing this pair of little sweat shorts — no shirt — and it hurts your eyes how beautiful he is,” Bartha told Handler. “and then he sits down and I’m looking down the barrel of his sweat shorts and he doesn’t wear underwear either, so it’s like the whole time I’m just staring at McConaunuts.”
Staring at his McConaunuts. Well, I’m officially dead. If you need me, I’ll be in my coffin for the rest of the day.
Tags: Chelsea Handler, Coconuts, gossip, Justin Bartha, Mancrush, Matthew McConaughey, Private parts, Queer, The Hangover