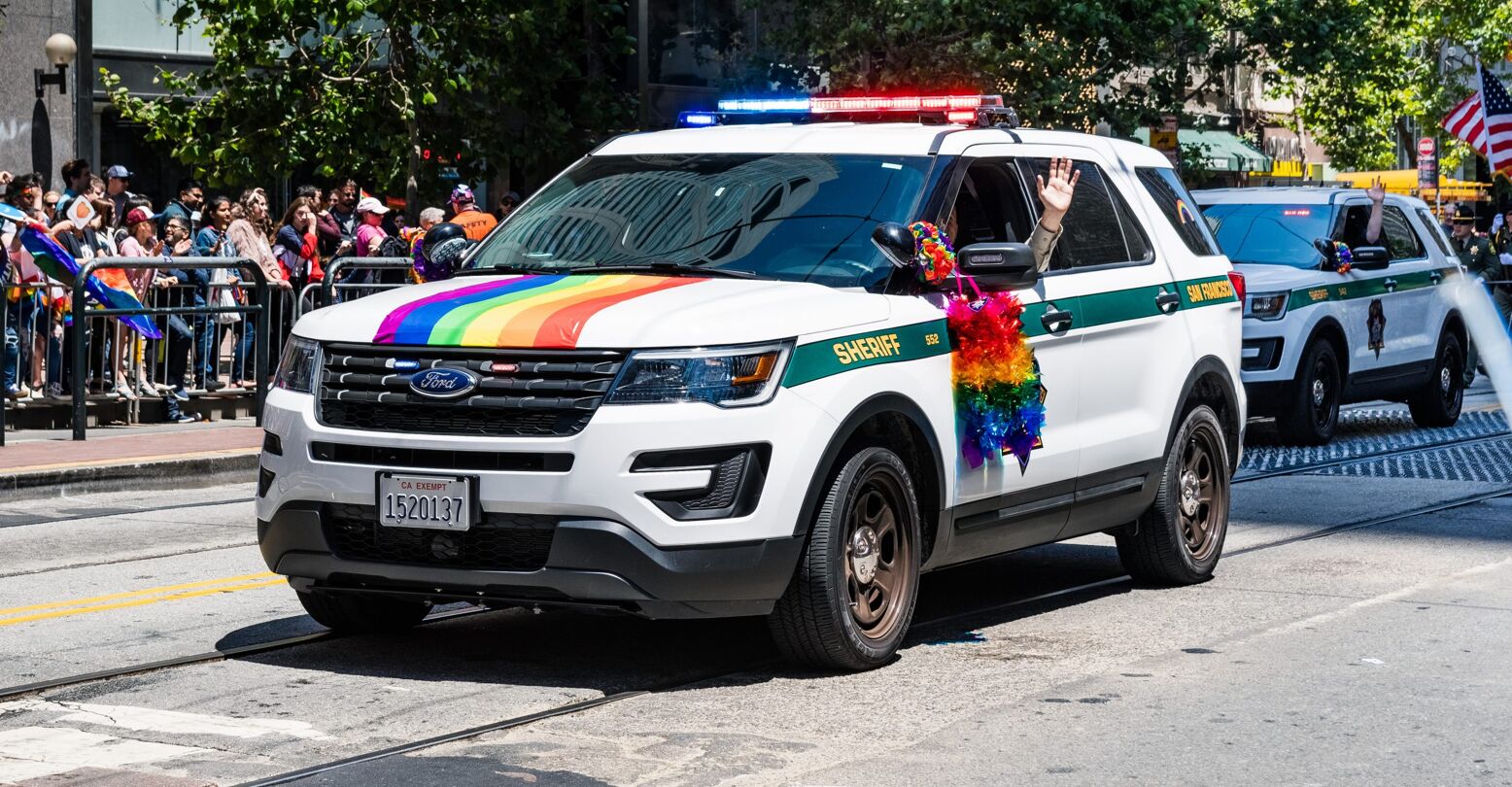 As announced via Instagram on August 10th, cop cars in the United Kingdom are dawning rainbow colors as means of appearing more approachable to those that have witnessed crime within their communities.

Deputy Chief Constable Julie Cooke of the Cheshire Police confirms the rollout of the rainbow-painted cars by referring to them as “the hate crime cars.” She states that the cars themselves, “will get all of the police insignia put on them as normal….there will normally be something added on to do with the rainbow side of things, but they are out there as normal patrol vehicles.” Honestly, the phrasing of “hate crime car” genuinely implies it’s a car that someone commits a hate crime in. Sounds about right.

Worse than the name of the car is the initiative’s willingness to surreptitiously justify patrolling within already over-policed and marginalized communities. The video normalizes this communal police presencem as does DCC Cooke when she says, “the idea is that the Cars are there in the communities on normal policing patrol just to show the community that we want you to come forward.” Cooke’s claim that the public will want to come forward disregards the fact that when in situations with cops, marginalized folks are not always given the opportunity to come forward in the way Cooke suggested. Rather, time and time again people of color (Black men in particular) are unjustly approached against their own will.

Unsurprisingly, as the head of the LGBTQ+ concerns for the National Police Chief’s Council (NPPC), Cooke is straight. And even as she insists herself to be an ally, her certainty in the capability of the queer identity to bring forth more witnesses is painfully oblivious. The whole initiative itself fails to recognize why it could possibly be necessary in the first place.

The program is once again contradicted when a spokesperson for the NPCC releases a statement indicating each individual force will decide how many rainbow cars they wish to convert. The gesture, already superficial in nature, lacks any semblance of action. It is a complete rejection of police reform in the sense that it is an initiative that doesn’t even have any rules to enforce it.

Though Cooke assures the public the cost of painting the patrol cars rainbow is “quite minimal,” it is still money that could and should have gone into community resources. To have the cars patrolling neighborhoods won’t “give confidence” to marginalized communities, it will simply remind them of the financial assistance they are grossly being denied.