In a new 20 Queer Q’s, get to know designer and writer Robyn Kanner, who was written for The Atlantic, The Cut, and Bustle.

1. What do you love about the LGBTQ+ community? I love that it’s complicated, that’s the big thing that I really love. The complications used to make me mad, happy, joyful. It’s interesting, very complicated, changing, and it’s never the same. At the same time it’s very validating.

2. Talk about your first queer kiss. It was with this guy in my high school in rural Maine where I grew up. We were in the cafeteria and there was a rumor going around that I was gay because I started to wear a lot more pink, and this guy who was sort of queer and maybe a little more flamboyant than me, kissed me. It was odd, what I wrote when it happened was that he kissed me like a boy who kisses a boy and I needed him to kiss me like a boy who kisses a girl, and that’s how I still feel about it. Even later on when I go on a date with men, there’s only been a few men who know how to kiss me like I like to be kissed and it’s a specific feeling.

3. How did you feel attending your first Pride? Pride is weird for me, I never really liked that space. I went once when I was 25 with an ex boyfriend of mine and I remember not even liking it. It was just one of those – it was such a performative space for me where I felt so solid in myself of just being present and there was this huge performance of pride that people love, and I love that they love it, but it’s just not for me. Because I feel like my personality is one where I’m never going to glam the room up and that’s a very Pride thing.

One of my first Pride experiences, there was this one gay bar in Maine and there was a guy who was a drag queen there I had crush on. He and I went out after I skipped most of the Pride things. I went to the queer bar in Maine, and I made out with him in the backroom of this gay club and at the end of making out he said this line to me where he said, “You don’t have to be a tranny, you can be a drag queen.” because I was clearly trying to be a girl. I hated that moment so much and that was so indicative of what I felt Pride to be, so I’ve always kept a bit of distance away from it.

4. What does Pride mean to you? I think it’s supposed to mean that “you can’t hurt me” thing. You take up so much space that you can’t get hurt and I love that concept of Pride very much. So the idea of Pride has changed very much from Marsha P. Johnson’s Pride to when it was corporations like Uber’s Pride. I think Pride sometimes is a party for straight people in the same way I think a lot of queer content isn’t produced for me and I’m totally fine with it. I never sat down and thought to myself “I’m gonna watch Queer Eye because it’s going to improve my queerness.” It never will, but I’m glad that they’re doing it, it’s just not media that’s for me. 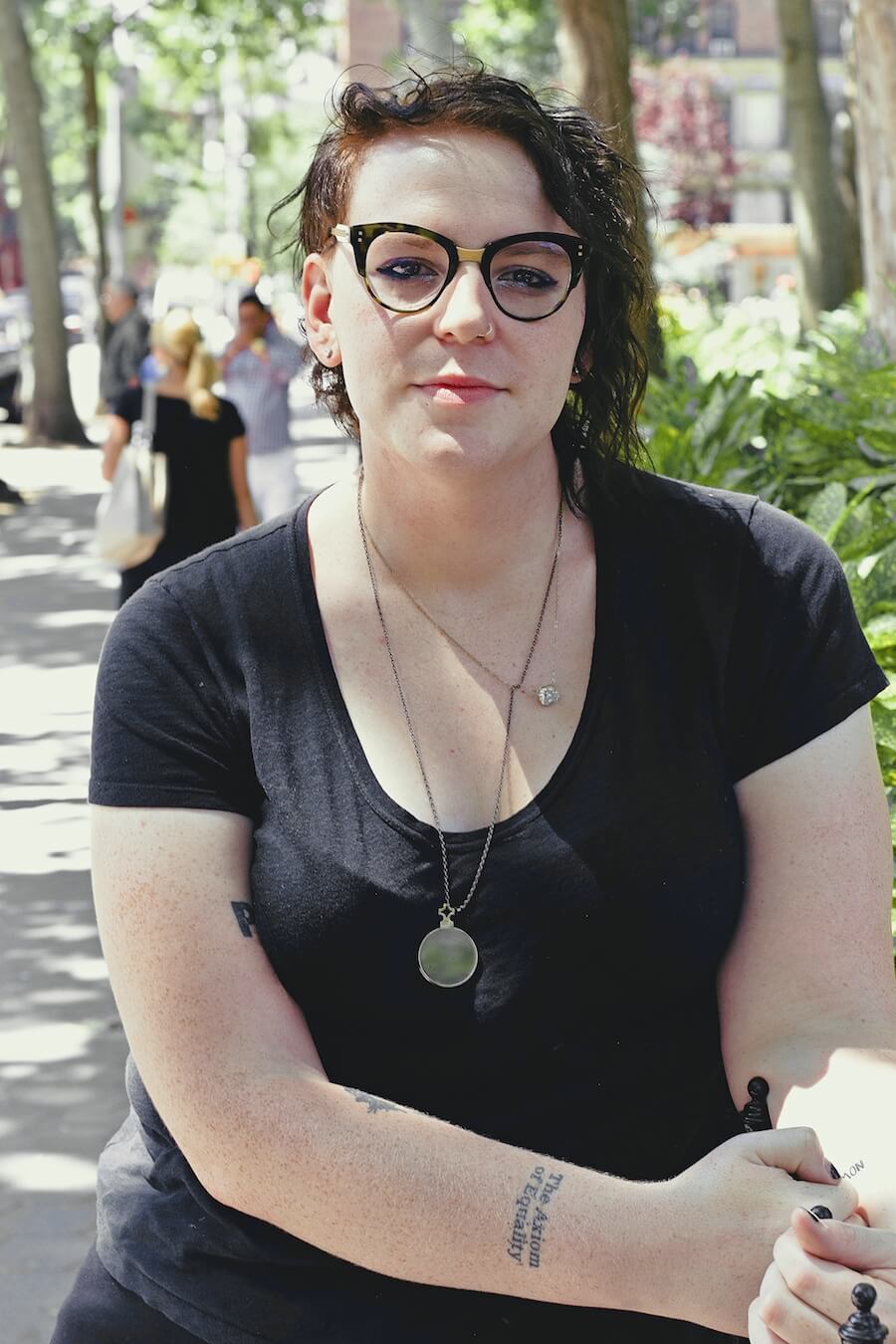 5. Do you think LGBTQ+ have it easier now? It gets better, does it get easier? Easier yes and no in some ways. I think the fact that we’re having this conversation, yes, that seems much better. I think that trans women especially, you couldn’t get access 10 years ago. When I first started transitioning, they wouldn’t give me hormones. So that’s a gap where now the fact that I can kind of walk into a space and get stuff makes things easier. I don’t think that everything is better because of it but a lot of things are easier.

6. What’s advice you have for LGBTQ+ youth? Get a notebook and write everything. Don’t perform for anyone except yourself. Be really unapologetically yourself.

8. What are values that you look for in an ideal partner? Somebody who’s really good at thinking and somebody who I really love to hear things from, that has strong opinions on something, who observes the space really well, somebody who can feel and experience things. I love when I’m attracted to someone and before I say it, they know it, because they’ve experienced it. It feels like they know me, it’s this shared experience thing.

9. Describe what being queer is like in 3-5 words. Wonderful, Euphoric, Desirable, Meandering, Grace

10. Use 3-5 words to describe your coming out experience? Neverending, Exciting, Boring, Complicated, Vibrant.

11. What are stereotypes you’re tired of hearing about queer people? I hate when people expect me to perform femininity and it’s a thing that happens less inside the queer community and more outside. I think when people meet me, they think because I’m trans, I’ll wear a skirt everyday and that’s not me.

12. How do you feel about LGBTQ+ representation in media? Garbage and great at the same time. I think POSE rules and shout-out to Janet for getting it through. I think Laverne is doing great. Imogen Binnie is the freshest writer ever in the queer community. I think Jen Richards, Angelica Ross, and Mj Rodriguez are brilliant. I think all the people who did the groundwork and shouted the loudest in 2013 are now starting to have their day and I love that.

13. What hopes do you have for the LGBTQ+ community in the future? We’ll get over our trauma, we’ll stop performing intersectionality and actually act on it. I think a lot of times when it comes to race, white queers fuck it up all the time and just absolutely perform this way of creating spaces without creating space. That thing where you go to an event where there’s one black person, one trans person and then a sea of white gays.

14. What is something you want to change about yourself in the next 6 months? I would like to write faster. I want to spend more time in my home state, Maine.

15. What do you feel most insecure about? My brain, that I’m not smart. That inner competitive thing that I feel like a lot of queer people don’t like to talk. I want my shit to be fresh and I have insecurities when I don’t think it is. 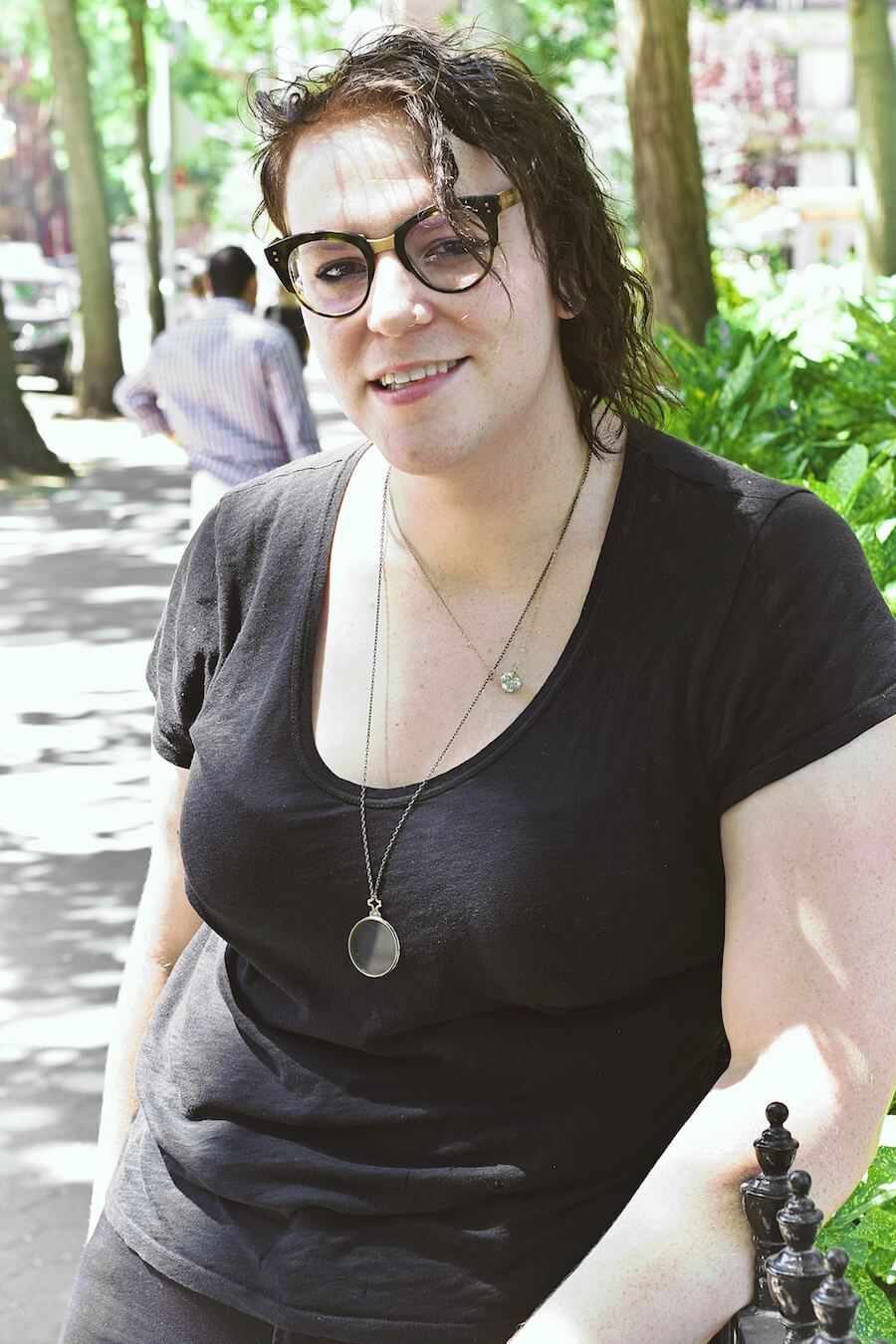 17. What are deal breakers for you when dating someone? People who fan my content, people who don’t have aspirations. Whoever loves me has to love something else more than me.

18. How much does your LGBTQ+ identity play into your overall identity? It’s a part of me. It’s not this one little piece of me, but it’s this fluid piece of me that moves throughout me and touches all of me.

20. What value/quality has being queer given you? What have you gained? I’ve gained self, identity, this ability to ask questions. I feel like before I was audibly queer, I was bad at asking questions whereas now, I’m curious about the world and being queer has given me space to do that in a way that I really appreciate. I talk about being queer being a complicated thing which it is, but it also gives me my every bit of life and I love that.

Stay up to date with Robyn and her work and other projects over on her Twitter and Instagram.