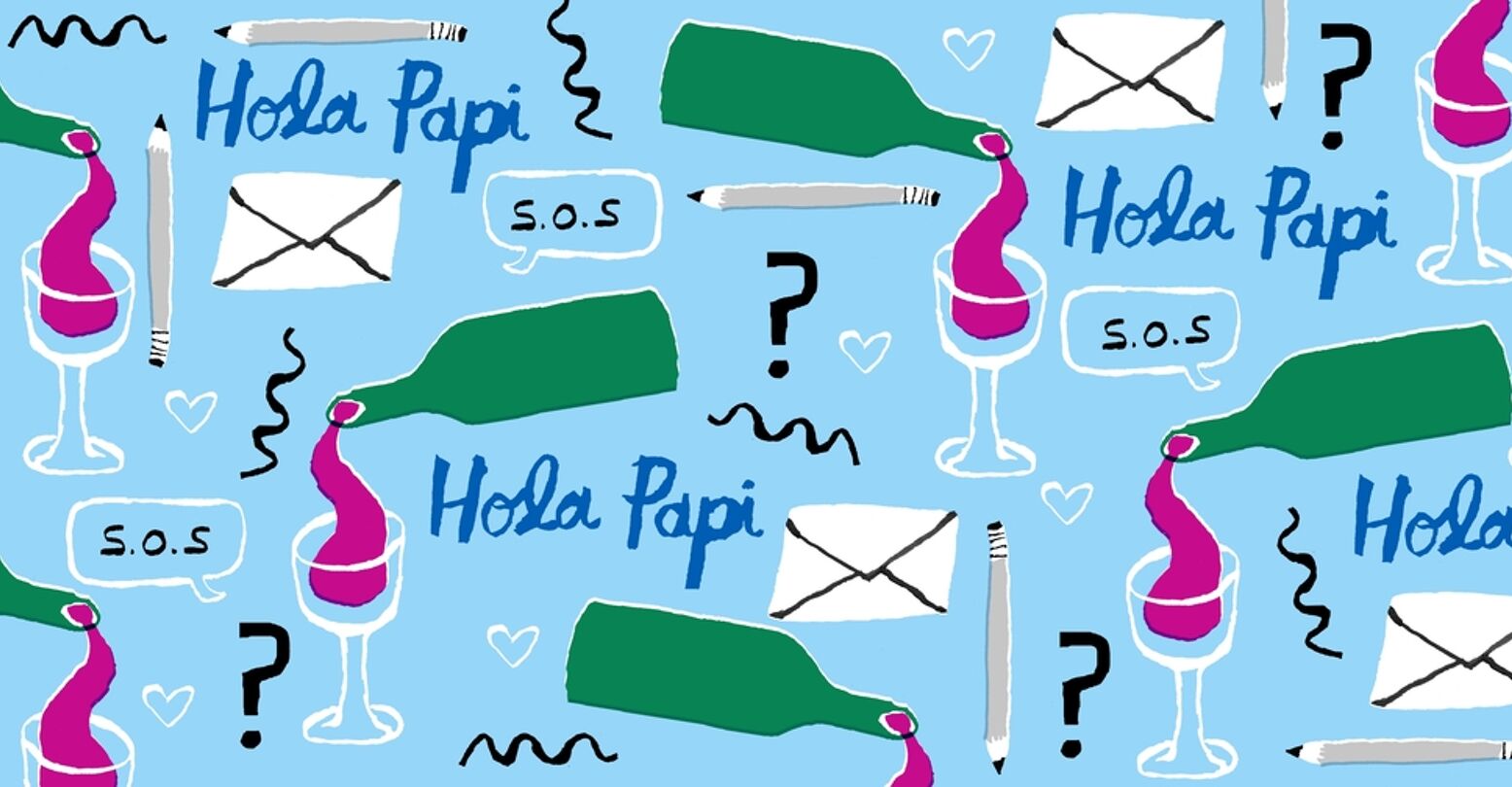 In this week’s Hola Papi!, the advice column by writer, Twitterer, and prolific Grindr user John Paul Brammer, a reader writes in with some suspicions that will have your hairs standing up on the back of your neck.

He’s in love with a boy and wants to move in with him. But lately things have been feeling weird…and he’s showing signs that Papi believes are not so good for our dear reader.

He sees the flags BUT love has his heart strings and he’s all confused. You know who is not? Papi.

I’m in a tight spot right now with my boyfriend. We’ve been dating for about nine months, and it’s been going great. We’re both in college and we’re even thinking about moving in together next fall. I’m really falling for him, and I’ve never been so excited for something.

There’s something going on though. There have been a couple of odd things happening over the last month or so, and I’m not sure if I should be worried, concerned, or upset. He takes two or three phone calls per day, and never in front of me. The other night I walked into his bathroom and he was taking nudes in the mirror (he was super embarrassed and tried to hide it when I walked in!).

About a week ago, I cooked dinner for us because he had a big presentation in one of his classes and when he got home, he got mad at me for cooking, telling me that he was tired after a long day – he ended up yelling at me and leaving to go back to his apartment for the night. He gets mad a lot more than usual. Little things like not responding to a text leave him not talking to me for the rest of the day.

This is so unlike him. I’ve never seen this side of him before. We started out without any problems and now I feel like he’s trying to derail us. I’m worried that he’s up to something bad, but whenever I try to talk to him about anything, he finds a way out of it.

I know that this is a bad cliché, but this is one of my longest relationships, and I really think I love him. I just don’t know what to do to get to him.

Just in case you don’t read the rest of this letter, I’ll start here: Don’t move in with him. That’s a recipe for disaster at this point.

The worst situation is you end up living with someone who gets mad at you when you cook for him (what?) or you don’t text back fast enough. Living with someone is a huge commitment and will provide plenty of stressors that it doesn’t sound like he’s capable of handling: Who bought the toilet paper last time? Whose dirty dishes are these? Why didn’t you tell me you were having guests over?

Now, since he’s not communicating what’s going on with him and thus has left us in the dark, I can only speculate on what’s happening here, so bear in mind that the following is just an educated guess.

He’s engaging in self-destructive behavior in his relationship because he doesn’t know what he wants and he’s hoping to push you into deciding. It sounds like he wants space from you, and perhaps the prospect of moving in together is making him feel smothered, but at the same time wants you to answer him promptly when he texts you.

The nudes thing, hmm, I can see why it would arouse your suspicion, especially paired with the private phone calls, but we can’t assume. Again, we lack sufficient data because he is unwilling to provide it. That’s an even worse sign, and you need to let him know that one of your needs in this relationship is honesty about what’s bothering him when it starts to affect you and your dynamic.

If he can’t do that, then you don’t need to be with him at all, and you should feel free to make that clear when you have “the talk” with him. It’s an altogether healthy and necessary boundary to have, unless you just love how he yells at you out of nowhere sometimes because you made him food and then he leaves you guessing as to why.

I don’t think you should move in with him either way, but if he is able to open up and tell you what’s really bugging him, then it could be something you could work through togetherlike his fear of commitment, or his need for space, or his struggles with vulnerability.

Or maybe he’s going through something really personal and tough right now! It’d be great if you could be there for him through that. But he has to let you.

This smells like emotional immaturity that takes time to grow out of and you don’t need to be sharing house keys with that in your college years.