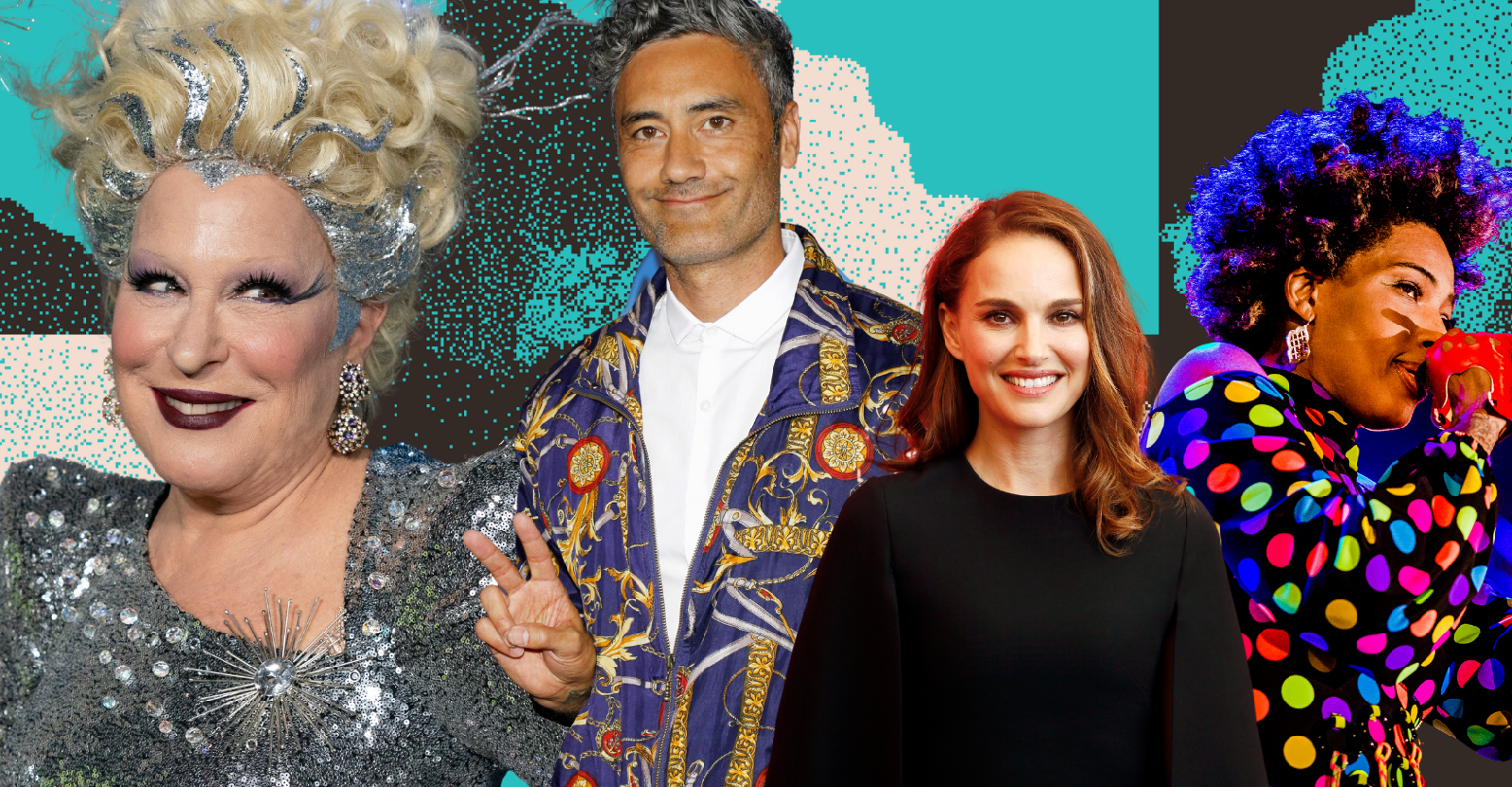 It was a day on Twitter like any other: The New York Times had published an opinion piece that was ceding ground to the right-wing moral panic that continues to demonize trans people. Twitter was all over it. And because this was a normal day on Twitter, celebrities began to wade in on the issue. Among them, was Bette Midler, who tweeted: “WOMEN OF THE WORLD! We are being stripped of our rights over our bodies, our lives and even of our name! They don’t call us ‘women’ anymore.”

On both sides of the Atlantic, backlash over gender-neutral language is nothing new. Here in the U.K., as internal elections decide the new prime minister, almost every candidate lurched to the right on trans issues. One of the frontrunners even made his first policy announcement the need to “protect women’s rights” by cracking down on gender-neutral language. The campaign launch of another candidate involved writing “men” and “ladies” on pieces of paper to put on the doors of public toilets to stop them from being gender-neutral. So seeing a celebrity like Midler come out in favour of a narrow and erasing definition of womanhood isn’t exactly a shocker.

Nothing about these moments of public figures revealing their prejudices feels surprising anymore. Even the way that people respond to them ends up following the same rhythm, the same narrative beats. Among the obvious replies and quote tweets that aimed to take her to task, there were still some popping up that expressed disappointment in Midler; a world-weary sigh basically saying “not another one.” The one surprising thing about these kinds of fall out is embedded in the mundanity of it: somehow, people are still responding the same way; with disappointment and a sigh, as if a meaningful ally or activist has been lost.

The desire to latch on to celebrities who perform allyship makes sense. While it’s tempting to call the relationship “parasocial,” that doesn’t feel like the right fit here; a parasocial relationship always struck me as being like the moment where Ginsberg and Don take the elevator together in Mad Men. The former says “I feel bad for you.” Don, in response, is “I don’t think about you at all.”

Nothing about these moments of public figures revealing their prejudices feels surprising anymore.

I don’t feel bad for Bette Midler; I’m not surprised by Bette Midler. If anything I feel bad for the people who are feeling a sense of loss when another famous face reveals what they really think. But moments like this serve as important, if occasionally bleak reminders: celebrities are not our friends. They’re not the ones who will fight for us, or try to save us. Celebrity comes with a platform, and that can be used for good or for ill – but more often than not, the activism that comes with it is performative. The response to the “Don’t Say Gay” bill—a variation on the U.K.’s Section 28—might be the best example. What we ended up seeing was a bunch of celebrities saying “gay” as loudly and annoyingly as possible in interviews and press conferences, all while the corporations they work for donated tens of thousands of dollars to the cause they’re attempting to undermine.

Wanting the celebrities that we see on screen—whether in a movie theater or on a phone screen—to agree with us makes sense. But to be disappointed when their beliefs are revealed is what feels strange; nothing of substance is lost when another actor says something stupid online. These feelings of disappointment need to be redirected; moved away from resignation at the narrow-mindedness of individuals, and towards a kind of solidarity. Celebrities won’t save us; we have to do that ourselves, and for each other.

Moments like this serve as important, if occasionally bleak reminders: celebrities are not our friends. They’re not the ones who will fight for us, or try to save us.

I understand the impulse of wanting to see parts of yourself, and what you believe, reflected somewhere where visibility matters. Where, as the saying goes, representation matters. It feels like so much of the relationship between queer fans and the celebrities that they idolize comes from this feeling of being starved of representation. This feels like the only explanation—reasonable or not—for tweets like the ones we saw recently, after a series of transphobic tweets written by Taika Waititi in 2013 resurfaced. “It’s not just that Take Waititi is undermining heteronormativity in every film/show he makes,” one users wrote. “It’s that his entire way of being and interacting demolishes the Eurocentric, colonist, heteronormative concept of masculinity.”

Working out where to begin with this tweet was always gonna be a challenge, but I also knew it would inevitably make an appearance here. Amidst its reaching and buzzwords, it captures something legitimately interesting about how queer audiences interact with the people involved in making the art they consume – although it feels worth noting that Waititi’s role in Our Flag Means Death isn’t anywhere near the frontline of actually creating the show, even if it has led to him being called a “gay icon” in a mind-boggling piece by Out.

Nothing of substance is lost when another actor says something stupid online.

And it feels like it comes from good faith; the assumption that the art people either create, or are involved in is a meaningful reflection of how they world. But this is a big assumption to make, and an even bigger leap has to be made from someone being involved in a show about gay pirates, to somehow assuming that their whole body of work, and even way of simply being in the world, is subversive. There will always be a limit to how subversive celebrities—and mainstream art—can be; after all, in order for them to maintain that status, and keep having their work produced, it still needs to adhere to the ideas of whatever the mainstream is at the time. The gulf between Natalie Portman saying the latest Thor movie is “so gay,” and what’s actually shown onscreen is a perfect example of this. The idea that the film is queer and subversive because of gay rock monsters just feels like a reach, an attempt to see something in that mainstream that simply isn’t there, and then act as if that (invisible) mainstream subversion can have a meaningful impact.

But when it comes to someone like Waititi, who’s being made into such an icon, rightly or wrongly, the higher their pedestal grows, the more narrow it becomes. It feels like people are set up to fail in these circumstances; these acts of projection turning someone into an ideal that they’d never be able to live up to. Another famous face that would bring about another round of world-weary sighs when they reveal themselves to be different to the way we want, rather than expect them to be.♦