Since news of Asia Argento paying off someone she allegedly assaulted came to light, I have been feeling a lot of things.

Anger mostly because we would not be here if White women like Asia Argento and Rose McGowan weren’t vying to be the center of attention in a movement they shouldn’t have been trying to “lead” to begin with. Anger that “Me Too” for them has been twisted into “[Only] Me too” and no one else. Anger because the movement’s creator, Tarana Burke, has been left to clean up this disgusting mess all by herself after abrasive White women hijacked her message. But anger also because Argento’s alleged indiscretions are exposing larger issues that people have with #MeToo.

Thankfully, Burke pointed out that this movement exists to check ALL predators and monsters who would seek to exploit their power over others (regardless of gender or orientation), but this does not change the fact that vocal White women in this movement are after something else (which I’ll get to).

So, the question remains: How many ways does this Asia Argento case have me fucked up?

Well, approximately this many ways:

1. The details of this case point to Argento allegedly grooming survivor Jimmy Bennett which makes it much, much worse than initially thought.

To understand the severity of what Argento did, it’s necessary for me to reference the definition of grooming. Grooming is defined as “befriending and establishing an emotional connection with a child (or someone who is exceedingly younger than you) and sometimes their family members to lower the child’s defenses and suspicions with the objective of sexual abuse.”

It’s one of the most dastardly, depraved, manipulative and despicable things you could do to a kid and is a huge breach of trust (and I wouldn’t be shocked if it was common in instances where a cis woman is the predator). And I believe that is what allegedly took place in this case.

Mainly because Argento met Bennett on the set of her movie The Heart Is Deceitful Above All Things in 2004, where she ironically played his mother. Bennett was around 7 or 8 at the time and Argento around 27 or 28. They stayed in contact for years after that, with her calculatingly referring to him as her “son” for years until the assault allegedly took place in 2013.

This is particularly sickening because it paints an honest and grotesque picture of the power dynamics that were at play. Bennett, because of their close familial relationship, most likely saw Argento as a mother figure. A TRUSTED figure. And one would not expect a trusted mother figure to sleep with them or want to sleep with them.

Good “mother” figures don’t do that.

But of course, grooming takes the innocence of such relationships and purposefully exploits them.

But that’s not even the worst part:

2. Calling it a “set-up” employs clout arguments that are usually employed against female survivors, which has always been wrong.

I knew that Bennett being a male survivor was probably going to play like an especially fucked up episode of South Park. But did I expect White Feminists like Rosanna Arquette to go all “this is a set-up” like Bennett is part of the Illuminati this fast? No.

That’s low. Even for White feminists.

Anyhow, while Arquette doesn’t explicitly say this during her “set-up” comments, this argument of it being a set-up relies on the fact that Bennett sued Argento for her alleged actions and they settled out of court. 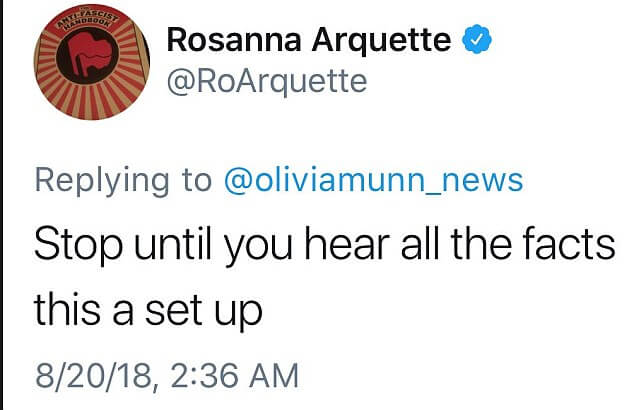 This also relies on an old and false belief that survivors lack integrity or morals for seeking monetary compensation for their trauma, or lack righteousness if seeking wages for time that was lost as a result of their alleged assault. But this ignores the fact that for assault survivors, this is usually the best course of action or, at the very least, the path of least resistance. The alternative includes either having to re-live their trauma during criminal proceedings or have their testimonies and character called into question only for the perpetrator to get off scot-free because the system does not value or give a fuck about survivors and their pursuit of justice.

The set-up argument paints Bennett and other survivors like they are using their trauma as a “come up,” and considering how often this claim is used against women, you’d think people would know better than to employ this.

In fact, they do know better. But they do it anyway because positioning Bennett as a fame hungry gold-digger and positioning his story as a conspiracy in turn positions Argento as a martyr and spins the situation so that Argento is “the real victim” and Bennett is the opportunistic cis White man who wants to “take her down.”

Which brings me to my last point:

3. Rose McGowan’s call to “be gentle” to Argento in the midst of these allegations is a gross employment of White femininity and victimhood that needs to be called out.

I’m aware that McGowan put out a letter calling for Argento to come clean (and I’m not even gonna get into the fact that her doing so implies that she was sitting on this info the whole time), but McGowan has a very loose relationship with the truth and I haven’t trusted her since that whole “woman is the n*gger” of the world fiasco.

And even that letter doesn’t excuse her initial comments that we should all “ be gentle” with the allegations against Argento since we don’t know everything. Firstly because she has yet to spare a lick of anger and ire for all other predators (mainly male) who commit similarly vile acts. But secondly—and most importantly—because this charge of hers to “be gentle” to Argento blatantly and shamelessly employs tropes of White female victimhood to not only obscure Argento’s alleged actions but to infantilize her. 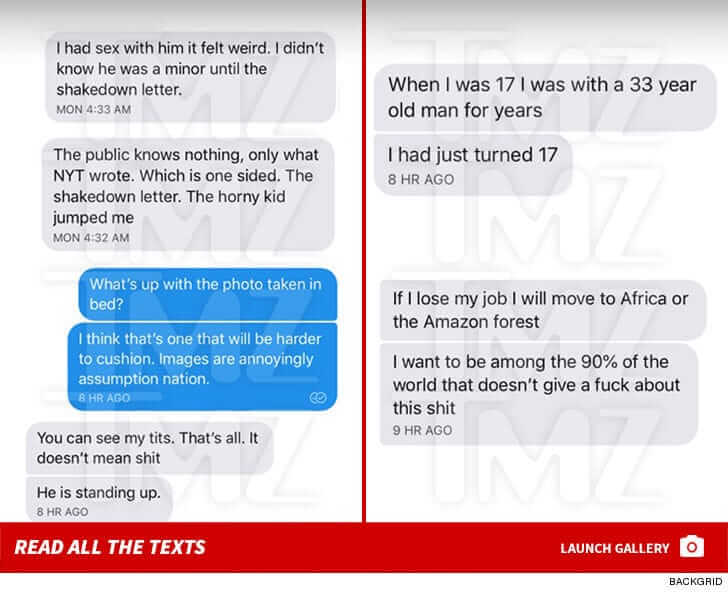 Her goal is easy to miss if you are not in tune with how race and gender interact. Argento (and McGowan)’s goal here is to portray these men as the “real villains” in this story and herself as the hapless, virtuous White woman who got “caught up” and led astray by these evil men that she trusted. She never wanted Bennett. No! He came on to her! She never wanted to settle! No! Bourdain forced her to!

She is relying on all the tropes showing White women to be feeble, fragile, and apparently not in control of their own destinies and actions to absolve herself of any wrongdoing. And grossest of all, she’s counting on that and the intersection of rape culture to paint Bennett in a bad enough light so that the allegations Don’t stick.

Rape culture says it that men are supposed to always want sex or be ready for it and aren’t men if they don’t want it (which is an attitude that is born of queerphobia and homophobia but even that is a discussion for another day). And since rape culture doesn’t really give a fuck about your age, these attitudes about sex are projected upon little boys and young men like Bennett and say that they cannot possibly be victims of sexual violence as a result. This is where the ugliness of patriarchy, toxic masculinity, hypermasculinity, and hypersexuality meet (it gets so much worse when we add in race, orientation, and etc.) and Argento is well aware.

Because a White woman is the only victim. Not Bennett. Never Bennett.

Which is exactly why you will never see me throwing in my lot with White feminists like her or McGowan.

And not only is that dangerous, but it quite frankly has no place in The #MeToo movement.