Ever go to a club and look at the back corner, and see the “old man,” either by himself or with a group of other older black queer men, just gazing upon the room? Watching young Black queer people ordering drinks, dancing, talking amongst their friend groups while the older men just watch and gaze? I often wonder what they are thinking about. Maybe how in their younger years they used to dance, and drink and be carefree? Or maybe the adolescence that was stolen by a society that was never ready to accept them, and an epidemic that made it nearly impossible to even think about a future.

This week, I received an invitation to my best friend’s wedding. I remember looking at the invite, so excited that she had found the love with a man that she trusts and, most importantly, that I trust. As I put the “save the date” on the fridge, I started thinking about myself. At 32 years old, I’ve only dated here and there, missing out on much of that due to my own suppressing of my identity until I was 25.

Seven years into this “out” life, I am still learning so much about myself, to the point that I haven’t made time to fit that learning in with someone else; I’m only now willing to take dating more seriously. And I hear the jokehave even made it myselfabout how gay men age out of desirability around 35. It is often said in jest, but the sentiment originates from one of the hardest times of survival of Black queer folk.

I remember my mentor saying that during the AIDS epidemic, “it was a funeral every week.” That statement shook me to the core, and is something I’ve long held onto when I think about ageism in our community, and how we have never really gotten past the deaths of so many of our brothers and sisters. Many of them died much younger than 35, a fact that makes us look at age much differently in our community, because many didn’t think we would see such a large community of people living into their 40s, 50s, and 60s.

Jenifer Lewis even made mention of this harrowing time during her “The Breakfast Club” interview as part of the reason that she wrote her memoir, The Mother of Black Hollywood. AIDS was scary, she said, and so many people were dying. People she knew throughout the industry were dying so fast that there wasn’t even a chance to mourn a death before there was another. This book was her finally being able to mourn those losses. Our community is still mourning, but we have an opportunity to heal and work to break that stigma. That fear of dying young as queer people because so many of our ancestors did. I’ve heard so many, including myself, say “I honestly didn’t think I’d make 25 or 30.” We must fight to end that.

“Internalized Gay Ageism” is a real thing. IGA was birthed out of the AIDS epidemic, and reflects the depressive symptoms that come along with aging while being gay. Social currency in the gay community is often attached to younger gays–with older gay men seen as disposable. As the queer community continues getting younger, older Black queer men can struggle to find a space as events continue to be catered towards the growing demographic. When you add the fact that many of us aren’t even comfortable with living “out” until much older, we miss a lot of the experiences we should have–getting a later start on our queer life.

I suppressed my identity from the age of five until the age of 25. During those years, I should’ve been learning social integration like my hetero friends and family. They had friend circles and brought home girls to meet the family. I didn’t have that opportunity. I didn’t get to be wild and make mistakes; to learn or grow. So, I did it in my late 20s. I lived out my teen years all the way up until I was damn near 31.

This didn’t mean I wasn’t a responsible person. I held a job, kept an apartment, paid my bills as best I could, and was “adulting.” But my lens was very much one of a boy who was still searching for who he was, trying to recoup all the years I felt I missed out on, unable to be that person. This inability for many of us to become adults until much later in life can hinder our goals as well as the normal timeframe for social integration. Then again, part of the problem is that we think our community needs any timeframe, a conditioning I work to break daily. I constantly remind myself that I am not hetero and cannot be bound by what heteros do, and I get to create the timeframe for how I want my life to go.

As our community continues to be more visible, we are also realizing that our timetable doesn’t have to mirror that of our hetero counterparts. That we don’t fit into the patriarchy, and cis-hetero normativity, nor should we be trying. We are now in an environment where the Black queer blueprint can be what we want for our community. And age shouldn’t be nothing but a number.

I used to wonder if I would be an old man in the club one day, but now I know just how flawed that logic is. Ageism has no place in our community, and the internalized fear of growing old is something we just have to break. We have had too many years stolen from us, to continue stealing them from ourselves. 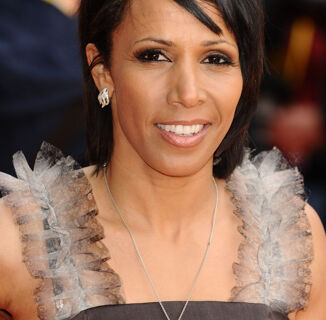 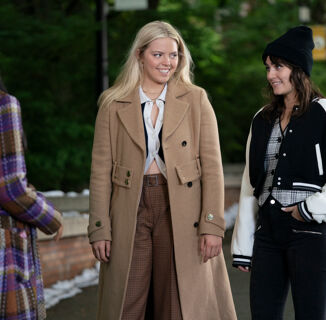