In this week’s Dearly Beloved, the advice column from author Michael Arceneaux, our dear reader writes a whole lot about three different men who have one thing in common: none of them sound right for our dear reader. Yes, it’s another round of tough love. ‘Tis the season for it, apparently.

If you want Michael’s advice, just email him at [email protected] with your question. Just be sure to include SPECIFICS, and don’t forget to start your letter with Dearly Beloved!

Okay, so about five years ago I met someone on a dating app. We hit it off quite well, but then I had to go to a different country for work — which made it quite difficult for us to meet again. Over time, he was genuine enough to tell me that he had met someone. I  was happy for him ‘cause we had developed such a strong bond so I cared for his happiness.

So, after three years of online chatting, I came back to the country and met someone else. He was closeted and shy and always referred to me as a friend even though I’d spend an entire week at his house. I didn’t really take him seriously.

I then decided to call the first guy I met for a catch up over coffee. He postponed and then started ignoring me and doing stuff I wasn’t used to him doing. He just turned cold basically, which hurt me a lot because I really cared for him. I decided to get over it.

I wrote about it in a journal, but it took me a while to recover.

I met someone else and we hit it off well. But at the last minute, he told me that he is moving to the Maldives for work and that I must come and visit. Now, that’s very far away and this was a three month relationship. I haven’t visited him and it’s been a year and it kills me inside.

More recently, the first guy I met who “changed” his ways reached out to me and all those feelings came back. However, when we finally met again, it wasn’t the same. I love him, but I’m more cautious. I don’t want to get back to that dark space so I’m not letting him in fully.

This all brings me back to the the second closeted guy I met. We still see each other, but he has never opened up his heart. He is all about “let’s have a good time and that’s that.” He is not mean or pushy or anything bad. He is just very closeted and shy and I’ve developed feelings for him, too.

I don’t know what to do. I got the love of my life who broke my heart that I am afraid might do it again. Then I got a guy who I hit it off with who is hundreds of kilometers away. Then I’ve got a closeted man who just won’t open up that I’m not sure would want a relationship anyway.

This is all confusing and stressful. What must I do? Please help.

Pardon me, beloved, but the hawk is out today so my response may come across as cold as the temperature outside. Even so, it sounds like you need bluntness right now. Consider this rebuttal your Seamless order of a different sort of nourishment.

You have three options, but none of them are going to yield you the result you appear to be aiming for: a relationship.

The first dude does not want you. Yes, he liked you, but then your job took you to a different country and he met someone else while you were away. Sometimes breaks are not the end; they are simply a “see you later.” This is not a “see you later” because as you have noted, he’s gotten cold towards you. Sure, he hit you up to profess a shift, but you’re admittedly guarded about him so why are you even wasting so many words on a man who has already displayed a tendency to flip on you at random?

That spark is gone so move it along.

The person that lives in another country and that you had a three month relationship with: why are we talking about this? You haven’t visited him, so it can’t kill you that much. Perhaps it’s an issue of means. Like, you want to go but cannot swing it financially. I totally understand that, but bottom line, if you can’t get to him, it’s not a thing.

As for the closeted person, he told you what it was so either you get with that or you check out. You developing feelings for him does not negate that he has been honest with you about his intentions. It’s not going to be what you want it to be, and despite what some people like to tell themselves, you cannot change people — especially if they don’t want to change.

A part of me feels you are making the mistake many of us have made or continue to make: we’re so determined to have a relationship, or at least something in proximity to that, that we entertain people who are the romantic equivalent of an album filler. It helps us evade feelings of loneliness and makes us feel that we’re still trying. However, there comes a point in which you have to learn when to stop entertaining everyone because you’re waiting for someone.

None of these men are for you, and while it sucks, it’s okay. I suggest you put “thank u, next” on loop, have your moment lamenting the dearly departed, and then stop pretending any of these scenarios were going to lead you to the taken status you’re clamoring for. After that, let them all go and go off and find someone who can actually give you what you need. 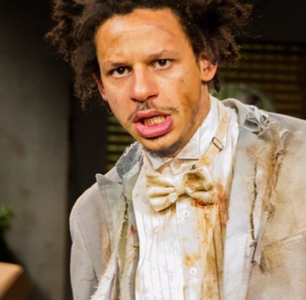