“Silent gratitude isn’t very much to anyone.” Gertrude Stein

As women, our biggest allies, mentors, inspirations, and idols are each other. You wouldn’t know this, necessarily, from the way the world spins what they see as in our own self-interestcatfights, feuds, callouts, and takedowns. Our cultural conversations tend to make it seem that there’s only a certain amount available to women; that opportunities are so scarce, we have to claw our way to the top of the proverbial pile of women to come out the sole victor, or one of few. (“I’m not here to make friends,” and so on and so forth.)

So it’s especially radical that women celebrate and help one another. That we give each other credit and time; mentorship and guidance; the kind of love that isn’t afforded to us but that men give one another through “locker room talk” and lunch meetings and golf games, etc. Offering each other something tangible, something we can look back on, reprise for when we need it most, should not go without commemoration.

What used to be an exchange of correspondence between friends or acquaintances can often go unspoken in the modern age, which is why Feminist Love Letters is such an incredible and necessary project. This project, which is displayed on Tumblr and Instagram, features postcards and other images with messages from women to other feminists who have moved them. 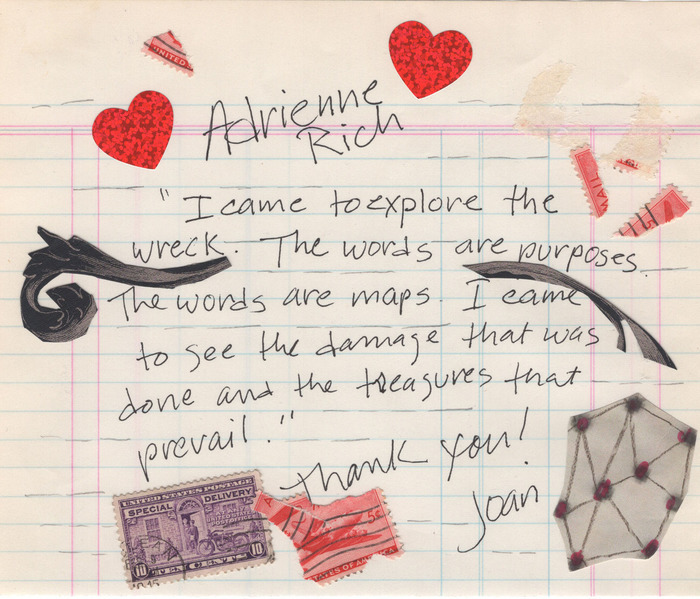 Co-creators and artists Cindy Rehm and Sarah Ellen Fowler were inspired by a letter sent from Nancy Spero to Lucy Lippard in 1971. The message was simple but powerful: “The enemies of women’s liberation in the arts will be crushed. Love, Nancy.”

Now, through Feminist Love Letters, “collaborators are invited to profess their love, send words of support and encouragement, or unleash their feminist fury in a letter to a contemporary or historic feminist.”

Some are artful dedications to a personal hero; others are comprehensive lists of several women who have made massive impacts in many realmspolitics, music, sports, art, literature, life. 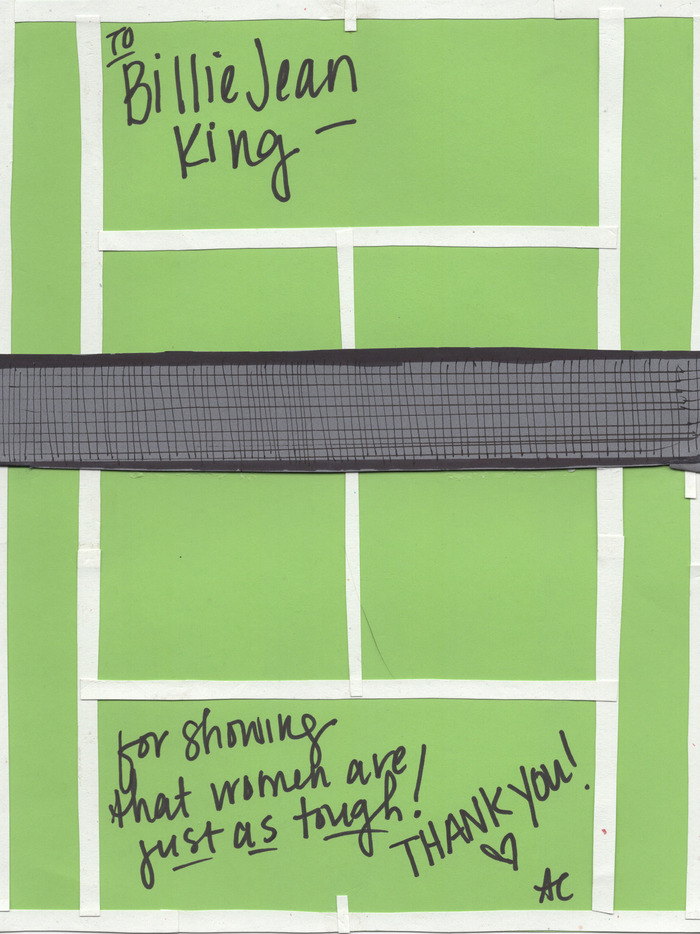 “Dear Su,” reads one to filmmaker Su Friedrich from artist Abira Ali. “I often think about the time I saw you give a little talk at the Red Cat. You said something to the effect of: The best and most interesting way to tell the story of A to C is not through B. This has been helpful.”

“bell hooks,” Clarissa Hampton writes, “you made feminism for me. I can never stop thanking you.”

Some are lengthy and specific; others are quick and cute. But every Feminist Love Letter is in admiration and gratitude for another woman who has touched and influenced them in feminism and beyond. It’s all-too-rare that we as individual women honor those who have given us something immeasurable, and this is something especially important for LGBTQ and further marginalized women who have even fewer role models to provide reflections of themselves that radiate strength, wisdom, power, and influence. 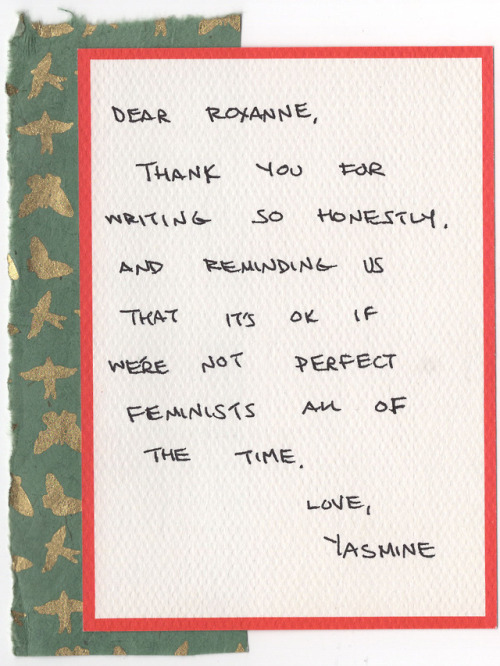 What Feminist Love Letters accomplishes is not just an honoring of the feminists who have given so much, but a reflection on reflection itself. When we reflect on the women who have come before us, and who are standing alongside us, it’s easier to shut out the negativity perpetuated by society and political and popular culture. It’s easier to work toward a future where we are given our due and hear more accolades than criticisms simply because we are not men. When we have gratitude for each other, when we celebrate and support one another, it aids in our collective resistance and resilience.

To pen your own Feminist Love Letter, send a 300dpi jpeg to1971loveltter@gmail.com.