The one who voted five times to keep Martin Luther King Jr. Day from being a national holiday. The one who voted against the Civil Rights Act of 1990. The one who was vehemently against Marriage Equality. The same senator who voted 83% of the time with Trump, who everyone mistakenly claims that he opposed. And Sarah Fucking Palin, cause yes, he brought her brand of nationalism to the world stage.

John McCain will be forever remembered as one of “The Good White People,” a status that many Black civil rights icons and pundits have already granted him. Despite him being just another oppressor. It takes a lot for me to continue to watch folk matching my reflection unbreak the conditions in which we have been taught to find “humanity” in those who have caused us harm. Find the “goodness” in white folk that have never seemed to find it in us — unless they’re playing politics that allow them to keep the bag they’ve secured. Yes, we see that shit and aren’t fooled.

As a Black person, I’ve dealt with good white people my entire life. They were my teachers who taught me that Thomas Jefferson was one of our greatest Presidents. Never telling us about the heinous nature of his violence towards Blacks — in particular, Sally Hemings. Or that I should be thankful and grateful to Abraham Lincoln for ending slavery, even though his race is responsible for starting it and we all know he ain’t really end it.

As I’ve gotten older, I’ve had to come to terms with the fact that these “good” white people are how we got here. The fact that white supremacy has harmed my community because so many “good” white people were unwilling to challenge their own kind. They say they understand us and get our plight — but are never ready to do the work to really end it.

For instance, Afropunk. For that matter, any predominantly Black space being occupied by white people. First of all, Black folk are some of the most forgiving people on this planet. And even to our detriment, we let folks into the cookout that have no business even peeking through a window. But when “good” white folks have the audacity to come into the place, AND rock Black Lives Matter attire and whatever else to let us know how For Us they are, I have a problem.

You see, if you were really concerned about our lives mattering, then you would say so around your aunties and cousins at the Thanksgiving table who voted for Le Orange in Chief. I don’t need you to tell me that you think my life matters as much as I need it to show in your actions. I think it’s great that folk make it clear where they stand, but only if they are doing it in the spaces where their privilege can actually make some change. Doing it in the spaces that I occupy doesn’t fix it. It just reminds me that your “goodness” ends when you leave the venue and feel you did a deed by letting us know you care. 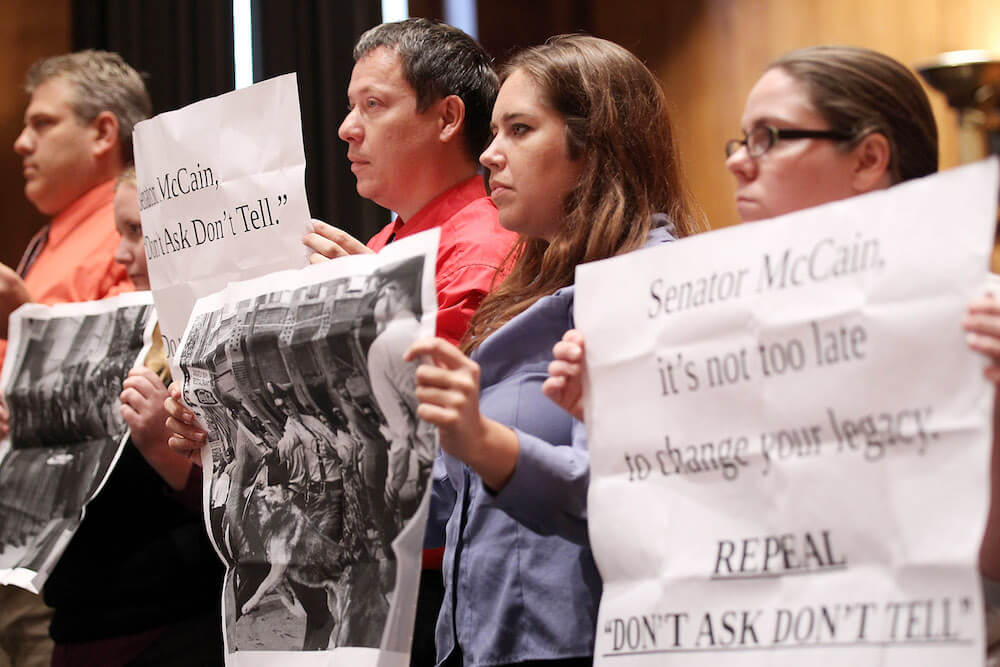 I also see this occurring at Black Pride events. Every year someone from the white gay community makes complaints about feeling excluded despite them “not being one of those type of white gays.” It’s a foolishness I like to call “the centering of allyship.” When you are an ally and claim that you are for my community, it needs to show outside of my community. Meaning that you aren’t fighting for me while standing behind me, or even to the side of me depending on the context. It means that you are in front of me, often fighting your own—willing to sacrifice privilege and supremacy to give equity to those with less than you. Not to let me know that you are willing to share, but that you’re willing to fight and take from your others and redistribute.

This whole notion of “good” white people has never meant safety for my community. It has always led to us being harmed in some way, and it’s tiring. It’s very similar to the “good” cops talk, which is a wash. There may be cops who are less harmful than others, but let’s face it, working for the state and anti-blackness will, in turn, make you anti-black in some way. No matter how “good” you might be.

Suffice it to say, “good” whites are those who think that they are helping Blacks and queers and other marginalized populations because they give us a seat at the table. But what that really means when you are a good white, is that my seat is usually worn. Where you have a plate and utensils I have none. Yet you get the honor of patting yourself on the back and having a legacy that you did something that helped in my life.

So, to all the “good” white people out there, here is a message. You don’t get to live in pieces. You don’t get to have a revisionist history because every now and then you did something out of your norm for a minority or were on the right side of history once out of every ten times you had a chance. If you want to be a “good” white person, give up that power and privilege. And know that it still may never be enough.