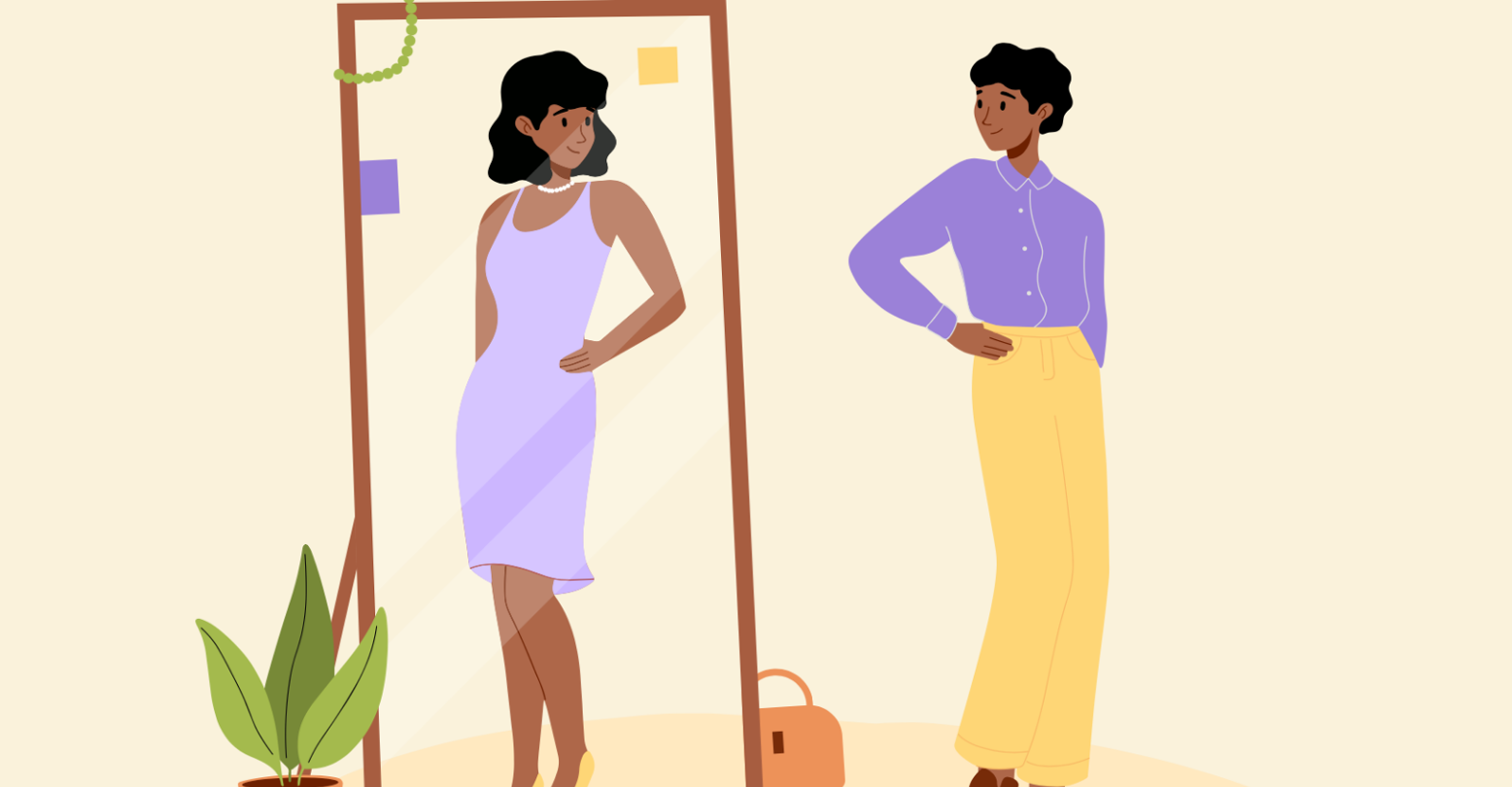 When you’re an egg (i.e. a trans person who either hasn’t realized it or isn’t ready to transition yet), it can be difficult to wrap your mind around transitioning. Even if you’ve always dreamed of doing it, it’s a scary thing to think about if you don’t have a support system in place.

However, in the words of Rip Torn in Defending Your Life, “fear is like a giant fog. It sits on your brain and blocks everything – real feelings, true happiness, real joy. But you lift it, buddy,  you’re in for the ride of your life.”

A few days ago, writer, musician, and “When I Tell You” screenwriter Mia Moore reminded trans folks everywhere that it’s truly never too late to embrace who you are and take the plunge.

I turned my life around at 25 and it was the best decision I ever made. pic.twitter.com/d4uV46Ta33

No sooner did Moore tweet than dozens of other gorgeous, thriving trans folks posted their own post-transition glow-ups.

They truly are, turning mine around at 27, never been happier 🥰🏳️‍⚧️💜 pic.twitter.com/BajynSPF72

It’s not worth transitioning after 19 😉

I turned 19 January year and was so sketched out over this phrase. I’ve been having a hard time taking care of myself but this is say less than half a year of prog… You are going to make it happen, sugar. Just run it! We got your back 🙂 pic.twitter.com/GpFFBmkg8P

I turn 25 next month. DO IT. I wish I did it sooner. But I cannot express into words how much better life is. pic.twitter.com/DdB0izCSBn

Left is me a couple years before transition, right is me last year. I started at 27. Hell if anyone tells you you cant transition after 19 do it just to spite them.

And also cause it will make you happier, do it for that too pic.twitter.com/XdFI373NSp

Not really into “before and after” shots because because everyone’s path is different but I think it’s important to show that it’s never “too late”. I started HRT when I was 37. 43 now. https://t.co/H2ct9BmceL pic.twitter.com/f8jmVRJr9L

So many hot trans woman and I am one of them! You are all beautiful. You have found who you are and even if you are years into HRT or still searching for who you are. I see you and I want you to know it’s never too late to pursue what you want to be. I turned 40 this year. pic.twitter.com/oqgfxBCt3a

I didn’t come out as trans until I was 34. I started transitioning at 35. It’s never too late and you’re never too old. Don’t let other people tell you otherwise #TransAwarenessWeek pic.twitter.com/5N0AWMYq5I

And it was the best decision ever 🥰 pic.twitter.com/CbHp0Ex3YD

Here’s the real T: a lot of people think that coming out as trans means you’ll lose everything: your friends, your family, your job. And the hard truth is that sometimes that’s absolutely correct. The world is not kind to trans folks. But you know what? It’s worth it anyway. You’ll make new friends, find people who love you, and thrive in your own way. Because building a life you love is a whole lot easier when you’re beaming with happiness.