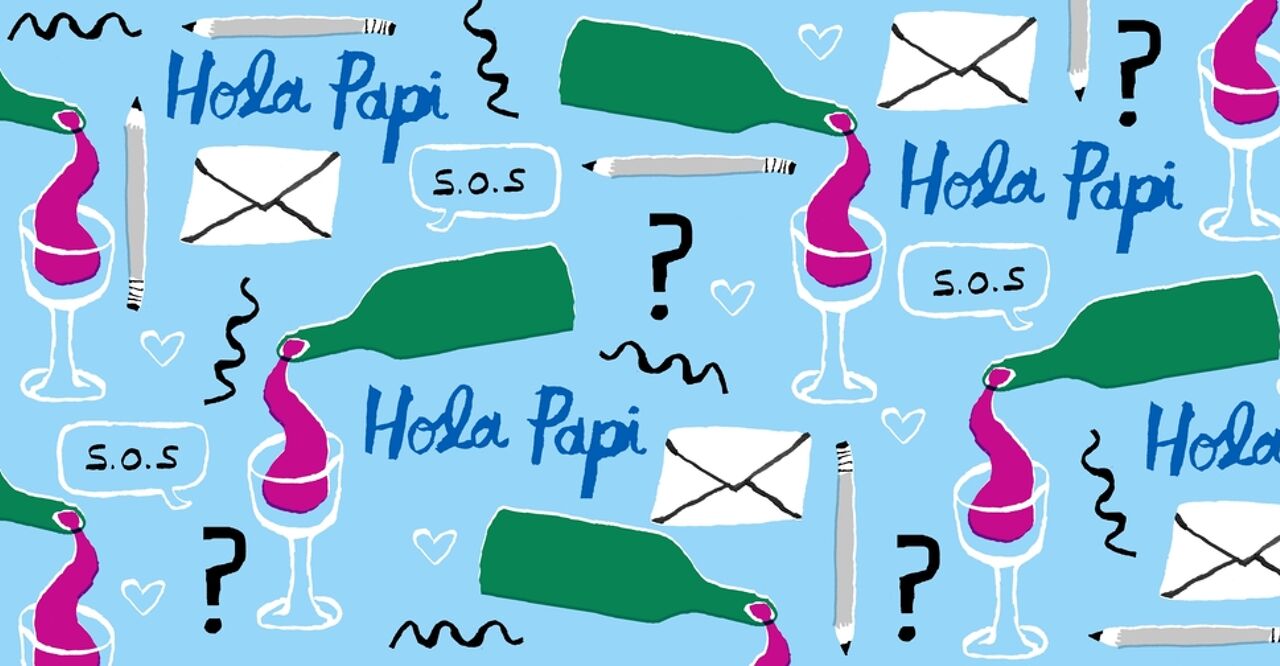 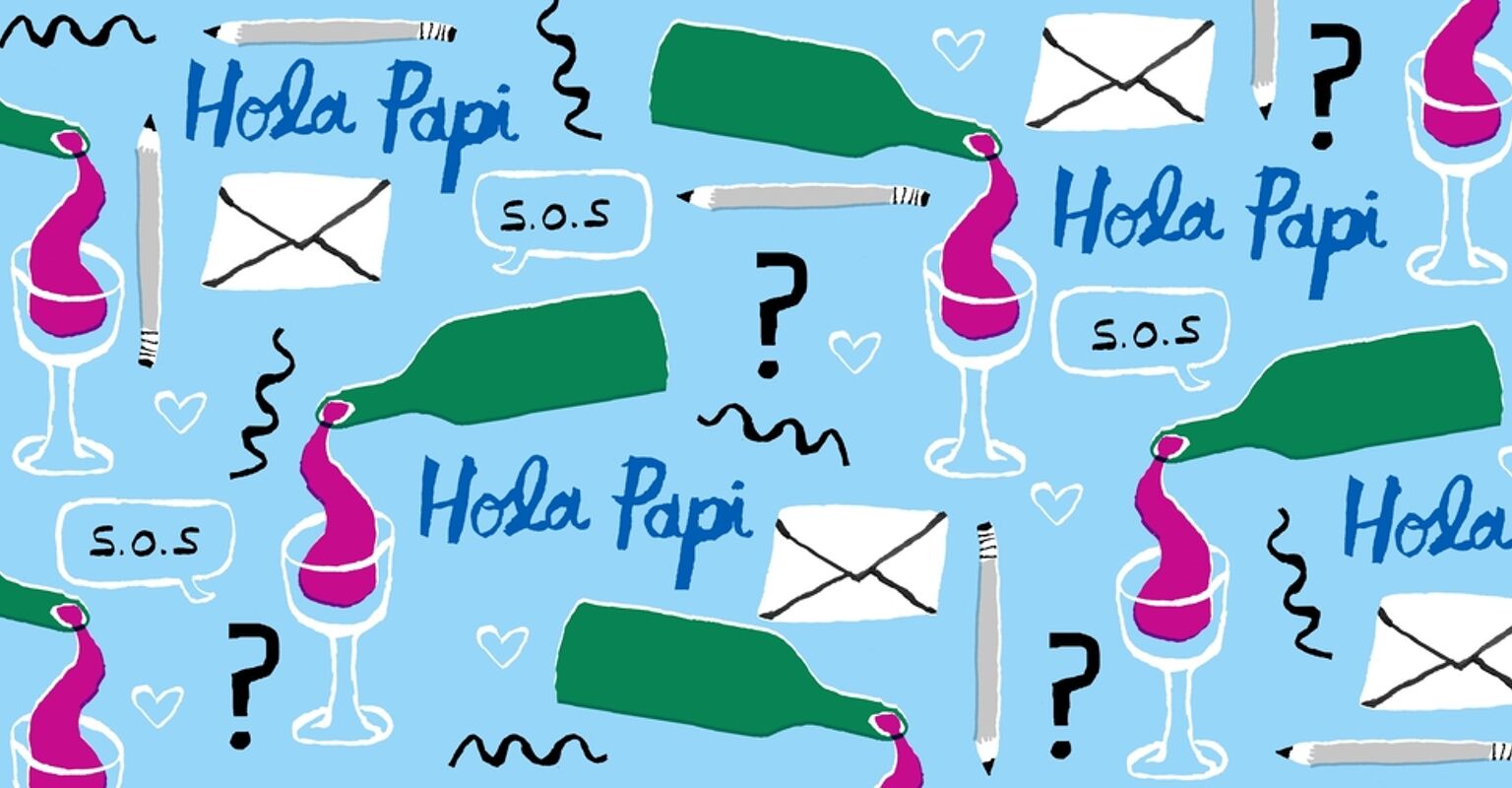 In this week’s Hola Papi!, the advice column by writer, Twitterer, and prolific Grindr user John Paul Brammer, a reader writes in with only an issue that could happen in 2018: they want to add their ex on Snapchat.

Our dear reader had quite a rollercoaster of a relationship with said ex and they tried to stay in communication even after breaking up but found that when drunkenly communicating it wasn’t the most healthy.

However now Snapchat tempts our dear reader as he tries to move past someone who keeps checking out his story feed. What’s a boy to do? Ask Papi.

Your column is amazing, and you’re amazing. Thank you for that.

Okay, so. I dated a guy for a year, dating-dating, as in the title “boyfriends” and whatnot. He is the second guy I’ve ever dated, and the first guy I’ve ever truly loved. We broke up almost two years ago (1.5 years ago to be exact. You said to be detailed!)

When we first started dating, he considered himself “straight.” I would tell him, you know, you’re dating a guy…. that’s not quite straight. But he would brush it off. I figured I’d let him figure it out on his own. His actions toward me demonstrated that he was comfortable with me, and that he wanted me. Side note: He’s the one that wanted to make it official after going on a couple of dates! I eventually caved due to my interest in him. Another side note: He never had an issue with public affection.

Pretty soon after, he came out to one of his friends. His friend got him to accept that he was bi, and that was that. It was a huge step for him.

Our anniversary was nearing, and I wanted to ensure we were on the same page before taking it further. I asked him if he saw himself marrying or settling down with a guy (I specified that I did not mean me, any guy.) He answered with “I don’t see that happening. I see myself with a girl, and I see myself having biological children.”

Then the break-up follows… Always the one to take the initiative, he told me that I would not do it myself, and that because he can’t provide me with what I’m ultimately looking for, that it was best to break up. Which, we did. Made sense.

So since then, we deleted each other off of everything. Wouldn’t talk for months. In some instances, we would drunk text each other (me) or drunk call each other (him), blah blah blah.

One time, he calls me, and I can tell he’s really down. He doesn’t want to mention the actual reason. He wanted to confirm that I didn’t hate him. He told me he was doing this with everyone that had ever been part of his life. He mentioned that he had asked his brother (let’s say Luke) if Luke was bi (I think he was projecting) and that his brother got really upset at the question.

He and his brother are really close, and he told me that if he were to come out to anyone in his family, it would have been Luke first. This conversation with his brother really discouraged him. We talked for a bit, and I texted him support and encouragement. I would check on him for a few days until he sounded better.

Months later, we added each other back on Snapchat, and he would flirt with me. I would flirt back at 50 percent of what he would.

This would go on for a few weeks. Eventually, it got to me due to some comments being made, and I let out all the emotions I had held in since the break up. I was just so confused and hurt.

I blocked him off of everything after this, because I obviously could not handle talking or flirting with him due to the feelings I still had for him. He apologized and said he was really sorry (he was never very emotionally aware). It was sincere. Chapter closed.

We were good. We distanced ourselves. The last time he called me was to provide me with his friend’s phone number, who had just graduated law school…. who will specialize in immigration. He told me to keep it handy due to, you know, Trump. That was that.

Fast forward to the present. I think I will always care for him. We haven’t talked in about 8-10 months. I’m at a better place in regards to what I felt for him. My main question is: would it be okay for me to add him on Snapchat again?

I just want to check that he’s doing good without being too intrusive. I don’t necessarily want to reach out to him over text, because I think that’s a bit different.

First of all, thank you for writing in. Second of all, let’s not pretend you wrote this escandaloso telenovela pitch to inquire about adding a man on Snapchat. We both know it’s deeper than that.

I think what you’re asking me is, “If I finally close this chapter for good, is it okay if I leave a bookmark in case I need to go back?”

And the answer is: That’s not really closing the chapter!

My heart breaks for you and this guy. You know, I had a similar situation with my first “boyfriend.” We spent all our time together, were physical together, but he kept telling me he was straight and that he just wanted to be “normal.” It’s hard, when you love someone who is confused. You want to figure things out for them so things can be easy.

But, no, I don’t think you should add him on Snapchat. I think we have ample evidence to help us predict what will happen if you do. Snapchat may feel less personal than texting, but at the end of the day it’s a channel of communication, and when you two communicate, old feelings stir up.

In fact, I think a text, sent only when absolutely necessary, is better than hovering around on Snapchat where he can see that you’ve watched his story and vice versa. I think that’s still how Snapchat works, anyway. I don’t know. I deleted it when Rihanna told me to.

I hate how his brother reacted to him coming out as bisexual. That’s so damaging, and he seems like a sweetheart all things considered. But that’s not your journey, mi corazón! You’ve got to let him go and let him handle it.