His name was Adam, and although I don’t remember when or how we met, I can say with certainty that he was the coolest person I’ve ever seen. He had dreamy eyes and knew martial arts. He had a cool racially diverse friend group that all had color-coordinated outfits and fought monsters togetherokay, so he was a Power Ranger. It was still real. The point is, even though I didn’t have language for it, I had my first crush on a boy when I was four years old. 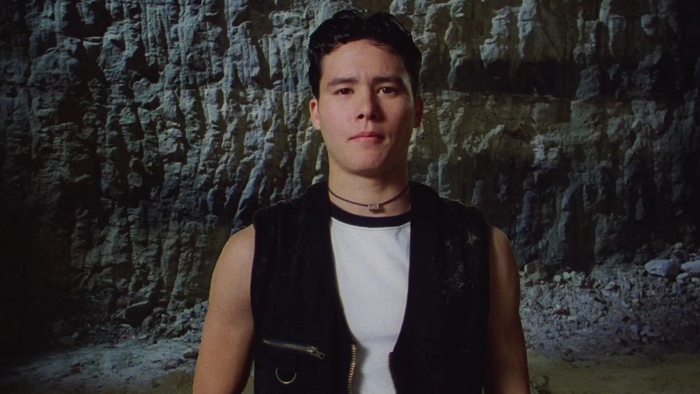 However, it wasn’t until earlier this year, a couple months before my 22nd birthday that I felt that being gay was anything more than a sexual orientation. Even when I came out at 14, I had other gay male friends and knew we were theoretically connected, but I never felt close to them. Part of that was just a difference in interest I much preferred fictional people to real people, but part of it was about what gayness looked like to me. Gayness was hairless and toned. Gayness wore tank tops and had straight hair. Gayness loved to go for runs and spent 4th of July on the beach. Gayness was white. So while I knew I was gay (and if I had any doubts, badly Photoshopped Taylor Lautner nudes would bring me back), that didn’t mean much to me.

When I moved to New York for a liberal arts college, I unsurprisingly met a diverse range of LGBTQ folks and finally discovered what the word queer was. And although I felt politically queer and I called myself queer, I didn’t feel like I was a part of something. Queer folks, to me, were radical in their gender expression, radical in their art, and even radical in how they spent their time. My queer friends went to warehouse sex parties on weekends, while I quite literally played Super Smash Bros. in the dorm lounge.

About six months ago, my close friends (and roommates) started watching Drag Race. I would watch it with them if I happened to be in the room but never made an effort. That was until I saw Sasha Velour’s “So Emotional” lip sync. I was fucking obsessed. It was in Sasha that I saw what I ended up falling in love with about Drag Race. It was in that performance that I first felt someone simultaneously take their queerness extremely seriously and not at all seriously. An obvious element of drag, in general, is camp and Drag Race is no exception. We see this in acting challenges, musical challenges, and, most importantly, Snatch Game. However, when the exaggerated personas are put away, we see a cast of queens who still care deeply about their craft.

In fact, I’d argue that Drag Race is one of the only major aspects of gay culture that prioritizes craft and skill. It doesn’t blatantly have to do with muscles, masculinity or whiteness, it’s about the quality of your work. A friend told me that before season 4, some fans were convinced that Ru would intentionally never choose a white queen. If a piece of media can make white people worry about representation, it must be pretty special.

Speaking of which, RuPaul herself has supported me in a way that I wasn’t expecting. When I think about my gender expression, my height is one of the biggest factors. Not only do I feel like it constantly genders me in terms of dating and sex, but it makes me insecure about how I present. I’m 6’4” if I dress in a non-masculine way, all eyes will be on me. Enter RuPaul, my exact height. It blew my mind (and frankly still blows my mind) that someone like me could be, not just a drag queen, but thee drag queen.

Pretty recently I saw a famous Instagram gay at the coffee shop where I do some work (it’s just a Starbucks, but I like to say coffee shop so I can leave you with the illusion that I’m more cultured than I actually am.) The second we made eye contact, I felt immediately aware of my body. I can’t explain why, but I just felt embarrassed to be there. Like, who was I to take up the same oxygen as this muscular white boy? I ended up leaving shortly after because it was difficult to focus. As I walked my commute home, I started playing Alaska Thunderfuck’s parody of Despacito. I felt better, not because I gained instant confidence in my body or anything, but because I started to feel more connected to queerness. I remembered to take myself less seriously and worry more about the work that I produce.

In October of this year, I went to my first drag show and was lucky enough to see one of my favorite queens, Trixie Mattel. Her blend of comedy and music was inspiring in a way that I had actually never felt before. I enjoyed just about every second of the show, but the part that I think about the most was the lip sync medley. I don’t know if it was the hilarious references or the genius compilation, but I can say with certainty that she is the coolest person I’ve ever seen.