Chris is the author of Faitheist and his essays and columns have appeared in Salon, The Guardian, CNN, MSNBC, The Advocate, The Rumpus, and The Washington Post. After spending the better part of his 20s working at Harvard and Yale, he now lives in Minnesota, where he is working as a community organizer, writing a book on messiness and vulnerability, and messily tweeting at @ChrisDStedman.

Want to get exposed? Email Chris at exposed@intomore.com with a short description of a time when you felt truly vulnerablein either a positive or a painful way (or both). This month Braden, who manages a nerd bar in Canada, shared his story with Chris over FaceTime.

They went around the table one by one, offering updates on their lives. Passing steaks grilled outside in the dead of Alberta winter, they discussed kids, marriages, and mortgages.

Surrounded by his entire extended family for the first time in many years, Braden sat with his hands hovering just above the table, unsure of what to say when it was his turn to speak. While he was glad to see everyone, Braden couldn’t help but feel a bit like an outsider. He had no marriage, no mortgage, and no kids to discuss. The things he wanted to share from his lifethe boys he’d recently met, the parties he was frequenting, or even the wig he’d just pulled offfelt risky to bring up.

So when it was finally his turn, Braden pivoted the conversation to reminiscing about family memories: the big New Year’s dinners of homemade sushi, tempura, and octopus his grandmother would always make.

Defaulting to their shared past felt safer than trying to explain his present.

Even for queer people who have good relationships with their families, holiday gatherings can sometimes feel awkward and tense. For many of us, there’s the self we are with our friends and chosen family and the self we are with our family of origin. The latter is often simpler and more toned down, with the things we imagine they wouldn’tor couldn’tunderstand filtered out.

For Braden and many others, this tension is further complicated by religion. Though he was raised secular, Braden’s thoughts and feelings about his faith journey are one of the parts of his life he’s had the hardest time sharing with family.

Seeking community, Braden became a Mormon as a teen. Before long, he was sucked into an all-consuming battle against his sexual orientation, coming to believe that he was sick and wrong. Years of trying to change something he couldn’t left him destroyed. Eventually, frustrated by his church’s views and political advocacy on LGBTQ rights and spurred by his own shifting metaphysical beliefs, he de-converted in college.

However, in the years between his conversion and exodus, Braden’s father had married a Mormon and converted himself. So even though he came out as gay to his mother, sister, and friends, his Mormon father and extended family were in the dark.

One day, Braden was approached by a man who was making a series of videos where people shared their stories about why they were no longer Mormon. Braden agreed to film a video about being gay and ex-Mormon. When he saw the final video, where he discussed in painful detail how he wrestled with his sexual orientation before leaving the church, Braden felt hugely proud of himself.

He wanted to share the video on Facebook to help his friends better understand his journey, and, more importantly, to help isolated queer Mormon kids know that they weren’t alone in their struggles.

While suicide is the third leading cause of death among adolescents in the U.S., it’s the leading cause in Utah, which is home to the largest Mormon population in the country. Many see a strong link to the way the church talks about and treats LGBTQ people. After the Church of Jesus Christ of Latter-Day Saints issued a policy in November 2015 branding the children of same-sex couples as “apostates,” a local support group in Utah known as Mama Dragons estimates that more than 30 LGBTQ youth took their own lives in a three-month period. 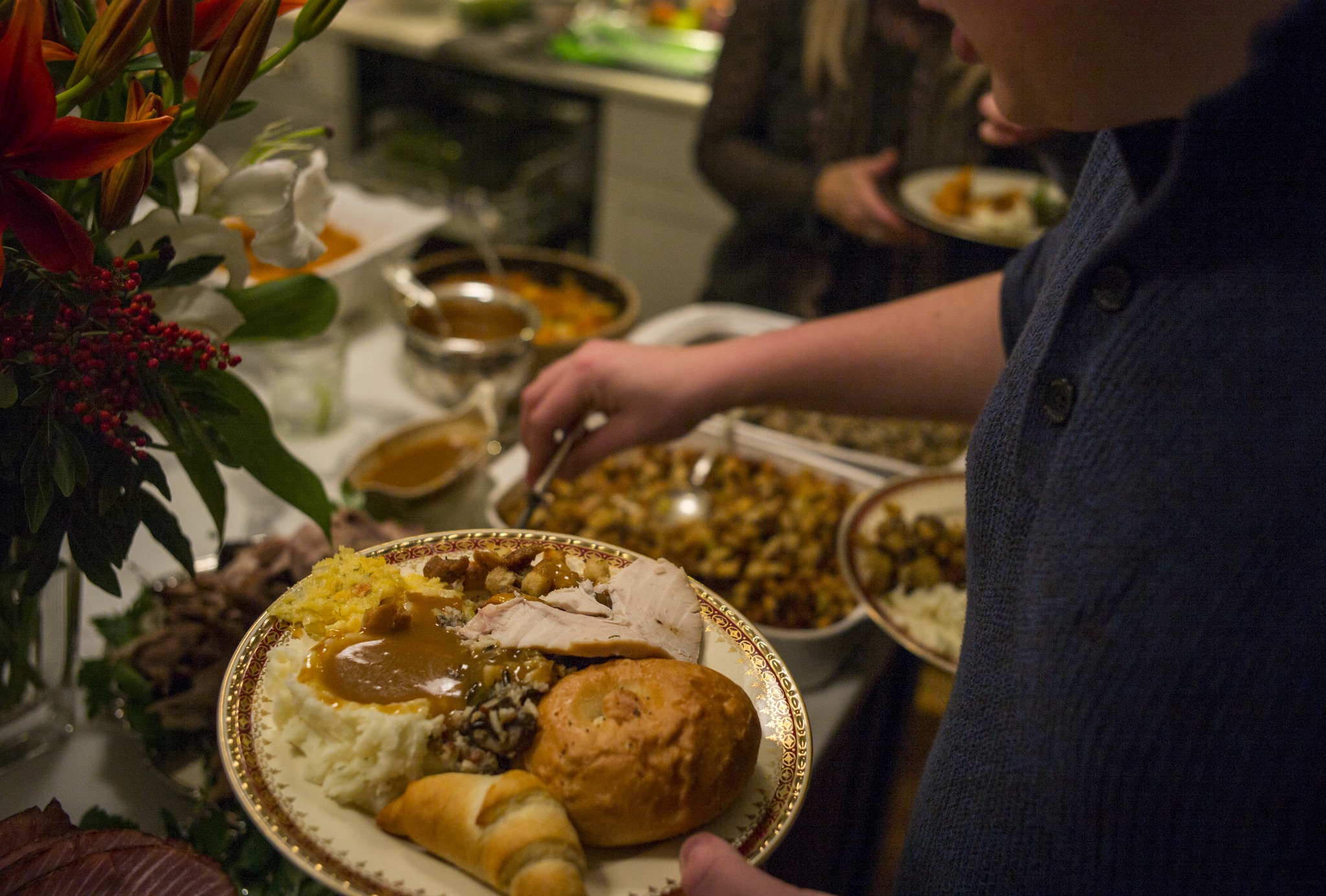 As someone who had to work very hard to embrace and assert his own worth and dignity as a queer person in the Mormon church, Braden wanted to lend his voice to the chorus of those speaking out for LGBTQ acceptance and liberation.

Because he didn’t want his father or extended family to see it, Braden spent hours adjusting and double-checking his privacy settings first. Convincing himself that they wouldn’t be able to find the video, he finally hit post. But a few days later, his mother called. Just as they were about to hang up, his mother paused.

Propped up on his bed with his back against the wall of a confined bedroom, his roommates just on the other side, Braden stopped breathing. The world froze around him. All of his planning and filtering to ensure his father wouldn’t see the video hadn’t worked. After what felt like an eternity suspended in amber, he breathed in and asked what his father had said.

“As long as you’re happy, he’s happy,” she responded.

An immense sense of relief washed over Braden. The years of keeping this secret from his father were over, and he wasn’t being disowned.

But as he hung up the phone, another feeling emerged. He was crushed that he had been robbed of the opportunity to come out to his dad directly and worried that he might have felt hurt to have found out that way.

Shortly after that phone call, Braden’s grandmother passed away. Her death was devastating, but it also brought him and his father together. Though they didn’t actually discuss the video, when his father hugged him at her funeral, surrounded by mourning relatives and pale white lilies, Braden could feel how much he loved him. In that moment, the fears and filters he’d spent his adolescence building up crumbled.

Years later, when introducing his father to a partner, Braden would recall this moment and how incredible it was to feel seen by his father after hiding from him for so long.

After the memorial service, Braden walked down into the funeral home’s basement. There he ran into his step-brother and his wife, who immediately informed him that they too had seen the video. Again Braden’s breath caught in his throat, and he thought of the many Mormon youth who have been rejected by their friends, family, and church.

But their next words thawed his panic: “We’re so excited about it and super proud of you.”

Though Braden feels deeply grateful that his father and extended family have embraced his sexuality, he continues to have a difficult time sharing certain things with themthe aspects of his queer life that feel vastly different from his family’s experiences. Even his cousinswith whom he built Lego spaceships with every day as a childare in the dark about many pieces of his life. They moved to the same big city he did a year ago, but he hasn’t seen them yet.

Years after coming out of the closet, Braden continues to struggle with the feeling that there are areas of his life that would be too much for them to handle, broad swaths of his queer existence that would confuse or even scare his family.

This fear of sharing himself, of being too much, extends beyond his family, too. One of the places he finds himself editing the most, especially around being an ex-Mormon, is with guys he’s dating. Braden still remembers how terrified he was to tell the man who would become one of his longest relationships about his history with the Mormon church. After postponing it for a while, he finally worked up the nerve to put it in a text message. Hitting send, he felt the same panic that overcame him on the phone with his mom, and the same impulse to edit that he felt at the dinner table with family. Though it’s gotten easier, he still worries that if he tries to talk about his experiences with religion, guys will see him as broken and damaged, or judge and pity him.

And so he often turns to social media as an outlet, saying that he feels more comfortable being vulnerable semi-anonymously than with people he knows more intimately.

I understand this avoidance well. I too was raised secular, butin search of a sense of purpose, identity, and belongingconverted to an evangelical church as an adolescent. Immersed in a tortured struggle over my fundamentalist Christian community’s anti-queer theology and my sexual orientation as a closeted teen, I first turned to online chat rooms to talk about being queer. Yet even today, as an out queer atheist, I sometimes still find it easier to talk about certain things with online strangers than I do with close family and friends.

Sharing personal things online, largely with strangers or with friends who will read your posts from a safe distance, feels like a kind of low-stakes vulnerabilityas opposed to the high stakes of sharing directly with someone you’re very close to and seeing their reaction in real time. That isn’t to say that there isn’t anything genuine about the kinds of vulnerability we perform on social media. But the stakes can feel a lot larger when sharing things means risking a change, or even an end, to a meaningful relationship. So, like Braden, sometimes we turn to the Internet to share intimate things that we feel unable to discuss with our friends or family members.

But the truth is that even low-stakes vulnerability isn’t guaranteed to stay that way. No matter how much we labor over privacy settings, once something is out there, we can’t always control who sees it. So perhaps it’s best to try to practice vulnerability in all areas of our life, as much as we can, and integrate our online and meatspace (or “in real life”) selves.

These days Braden has adopted more of a “fuck it” attitude on social media, posting what he wants to and spending less time worrying what people will think. And with the holidays just around the corner, he’s considering taking a similar leap at the dinner table.

As people make small talk and pass the steaks, he may raise the stakes by offering something he would normally post on Twitter, where his family doesn’t follow him, or on Facebook with privacy settings that filter family out. Kids, mortgages, and marriages are all worthy discussion topics, but he suspects that sharing something risky and vulnerablelike his current dream of putting together a podcast exploring queer intimacymight help him feel more like himself.

And he also hopes that, by sharing more of his life as the plates pass from person to person, he might help open up a space for the others at the table to be more honest about theirs, too.