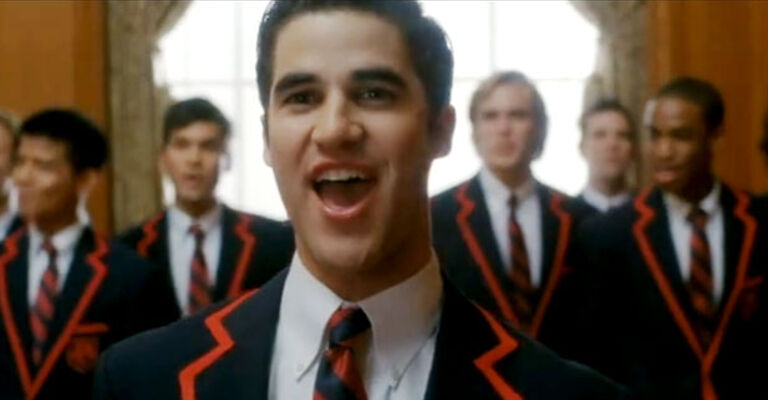 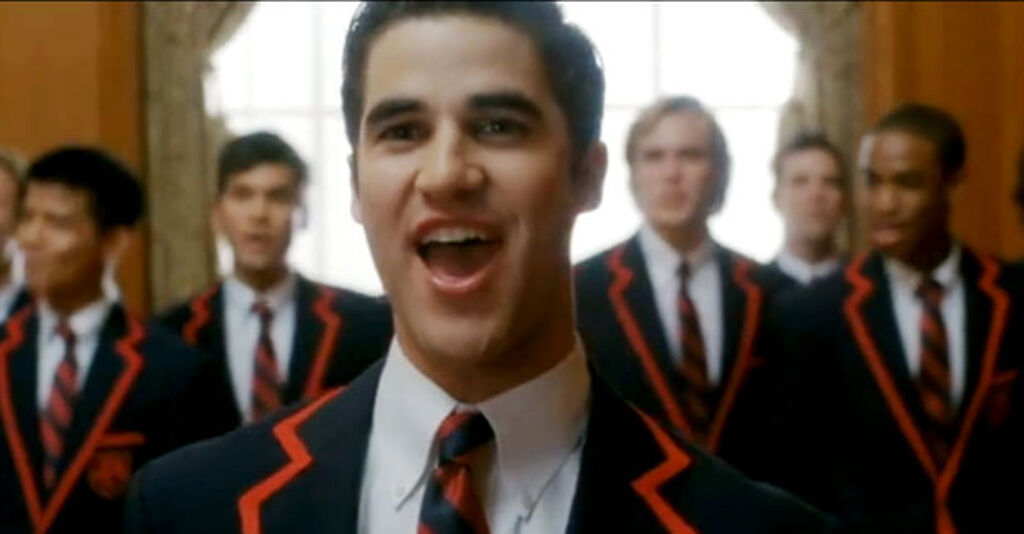 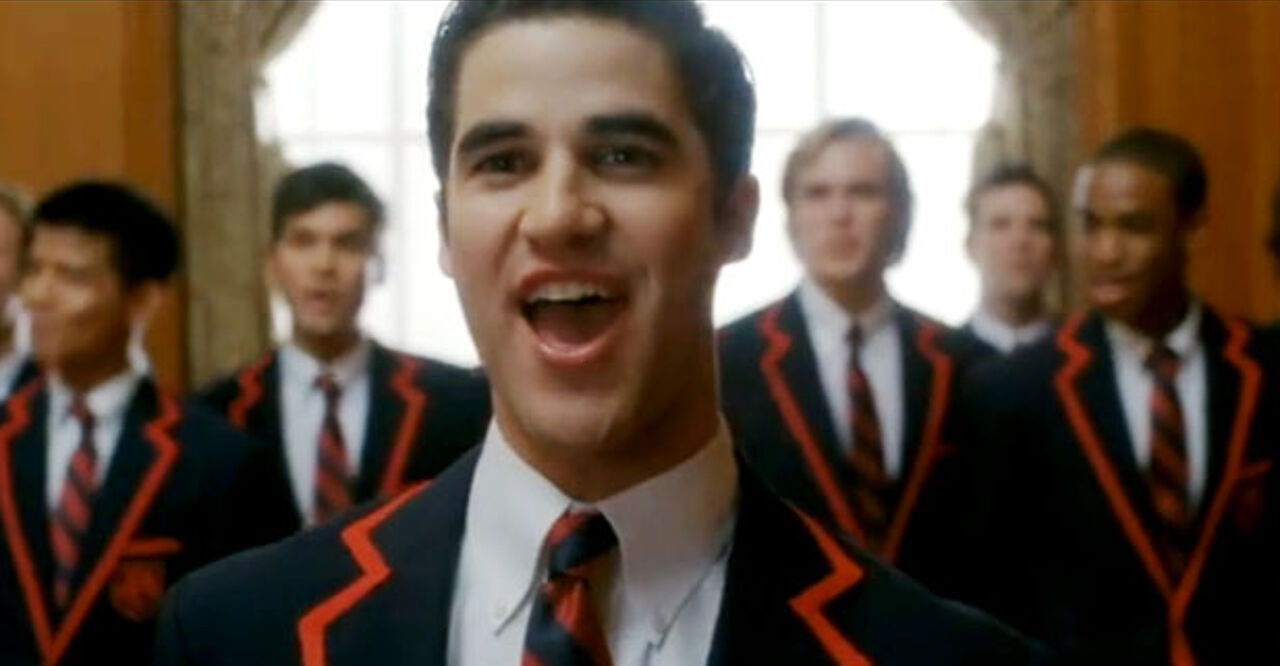 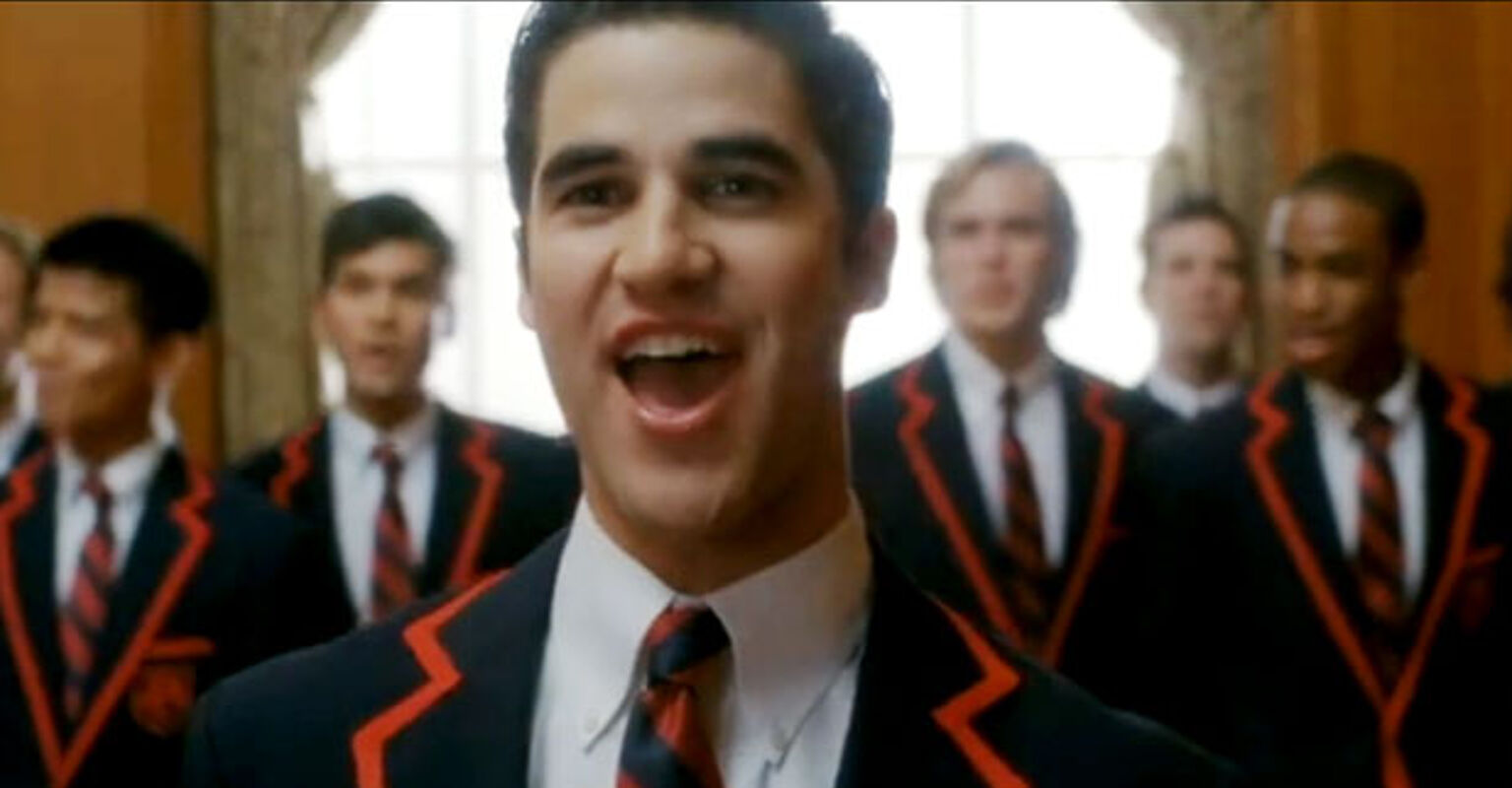 As a teenager in Spokane, Washington, I avoided parties and alcohol for fear of letting my guard down enough to rouse suspicion about my sexuality. The only relationship I had was with a boy whose parents sent him to a therapist to cure his “homosexual tendencies.” We mostly avoided each other at school, but at night night we snuck out of our houses and hooked up in a nearby baseball field. In hindsight, the story sounds strangely romantic, like a country song, but at the time it mostly felt terrifying.

In November 2010, I was a junior in high school, feeling an a vague sense of hopelessness which so often defines one’s life in the closet, when, of all things, an episode of Glee changed my life.

I was never a dedicated viewer of the show, but it often aired while I did my schoolwork, so I’d watch absently. The episode “Never Been Kissed” follows Kurt, (Chris Colfer) as he goes undercover to spy on a rival glee club. His attempt at subterfuge is foiled by an encounter with the opposing club’s star singer Blaine (Darren Criss), for whom he immediately develops feelings. The climax arrives, as usual, in an a capella performance of a pop song. In this case, it was Blaine publicly serenading Kurt via Katy Perry’s “Teenage Dream.”

One of the complaints often lodged against Glee concerns its debilitating self-seriousness, but that episode was the first time I’d seen a depiction of two men falling in love that never cast their affection as comic or tragic and it felt revolutionary. Even the overwrought quality of the scene felt apropos, for what is adolescenceparticularly queer adolescencedefined by if not an overwhelming excess of feeling?

The first song off of Katy Perry’s successful album of the same name, “Teenage Dream” concerns a lover so incredible he makes Perry “feel like [she’s] livin’ a teenage dream.” The rest of the album is Perry at her most potentlurid, uber-feminized, and knowingly tacky. Perry’s chief aesthetic virtue has always been her ability to assert her own agency by imbuing pop music’s glaring superficiality with a kind of wink-and-nudge knowingness, and songs like “Last Friday Night” and “Peacock” are perfect vehicles for that brand of ironicism.

“Teenage Dream” is different. It’s a song, one perhaps fully singular among Perry’s oeuvre, committed to earnestness. It oscillates between cliche (“I finally found you, my missing puzzle piece”) and moments of quiet poignancy (“We drove to Cali and got drunk on the beach”), capturing if not the substance, then the texture of being young.

Certainly, my love of this particular episode of television and Katy Perry song sounds quaint and provincial. That’s precisely the point. I (like I suspect the majority of people who grew up outside urban centers in the 2000s) rarely saw other queer people openly living their lives, and it was therefore difficult to imagine what my own might look like.

For a while, although I knew that I was gay, I assumed I’d marry a woman. The idea of doing anything else never crossed my mind; I didn’t realize any alternative was possible. Something like an episode of network television showing two men earnestly in love, therefore, was capable of taking on an epic cast.

It also occurs to me, in the clear light of morning through which we view our pasts, that the choice of “Teenage Dream” as the anthem for a queer love story was not accidental. The notion of a teenage dream carries particular weight for queer viewers, to whom the full scope of teenage experience is often denied. The usual trials of adolescent growthfirst kiss, first relationship, the beginnings of physical intimacyoften occur later in life, out of step with others. Within the queer community, the notion of a “second adolescence” has been used as a way to describe the arc of post-closet life.

This idea was articulated most clearly in a Twitter thread by writer and activist George M. Johnson. “Many of us who are LGBTQ go through a second adolescence because our first (5-18 yo) is about suppressing identity,” he says. “ So when we do get into our 20’s we make A LOT of mistakes that most attribute to younger people because we never got to be younger people in our true identity.”

By the time I underwent many of the teenage rites of passage, I was in my early twenties, immersed in the anxieties of adulthood, and unsure how to navigate my inexperience. Even now, my understanding of dating and romance is colored by those years spent adrift in a sea of people who seemed free to do and love and scream and kiss and drink and fuck as they pleased, while I felt very strange and alone.

I wonder how the insidious legacy of such isolation might take shape in an entire population of people, and how many of those people might still be living in such a state. This seems to me to be a somewhat unexamined, or at least unarticulated, facet of queer experience. Consider what could be accomplished if we spoke of it more often. We can’t reclaim our youths, but perhaps it would quell some of our disquiet to know that others have made the same voyage across that lonely sea.

The other night, I went on a date. We went to an out-of-the-way gay bar across town from where I live. It was karaoke night, and as my date and I sipped beers and talked, “Teenage Dream” began to play over the speakers. I was surprised at how emotional I became. I realized that even now that song still manages to move me. Its effects have changed somewhatwhere once it felt like an elegy, now it feels exorcising. I still mourn for the years so many are forced to surrender, but I can’t help but feel grateful that I made it safe to the opposite shore.

Still, some small, secret version of myself, the version that lives out past the borders of convention and good taste, longs to be serenaded by a boy I love to the tune of “Teenage Dream.”