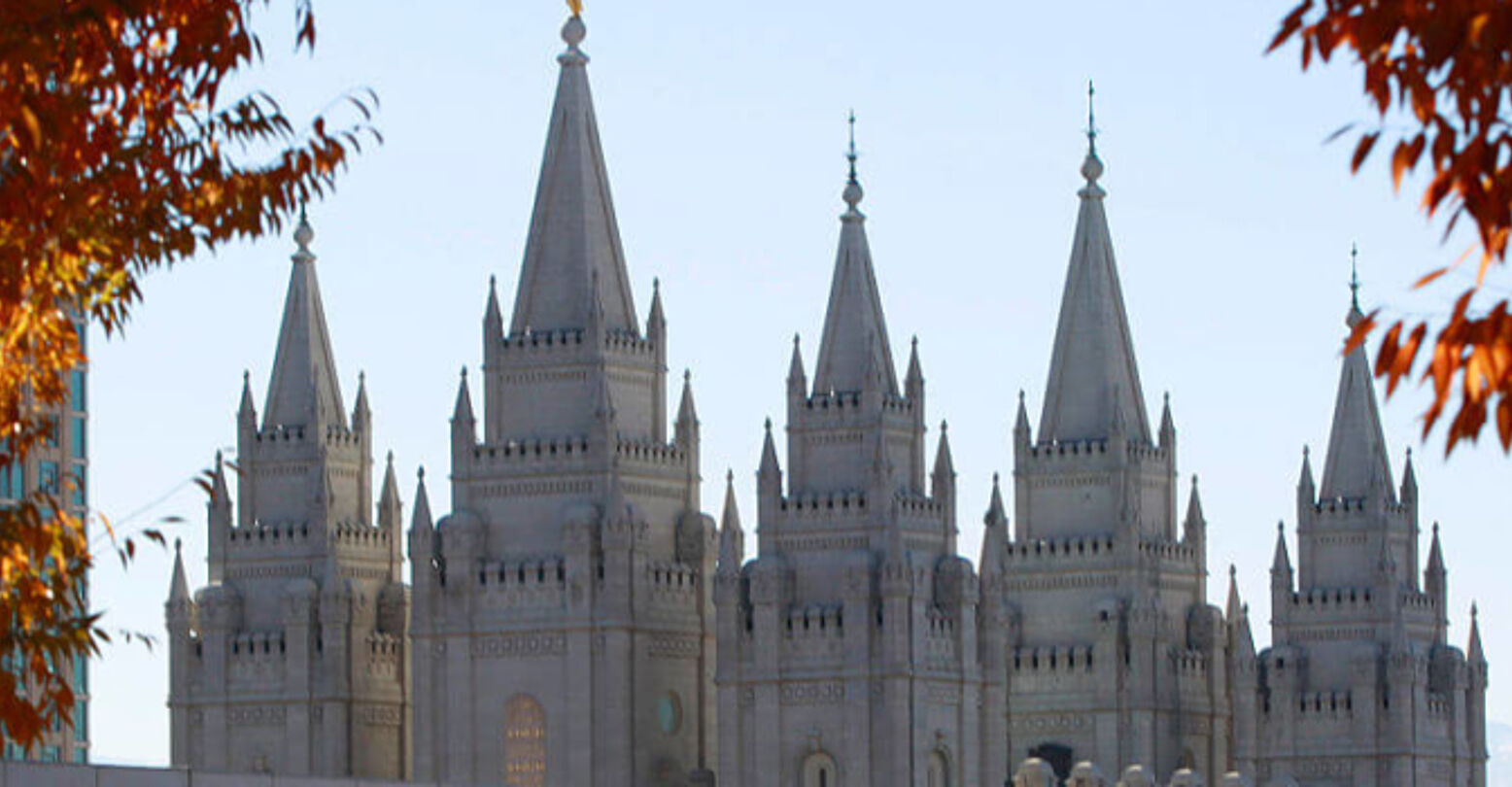 I was born and raised Mormon in Utah, and at eighteen years old, I requested an excommunication. It was a decision made after years of struggle with the religion and the ultimate realization that the church couldn’t ever hold a place for me as a queer person. It was far from the only issue I had with their doctrine but was the most immediately personal. Though they’ve gone through an expert, seemingly more inclusive rebranding in recent years, and there are no doubt many well-intentioned members of the Mormon church, not much has actually changed at the religion’s unwelcoming and discriminating core. I couldn’t stay part of that, even if in name only.

First, I wrote the required letter to my local bishop demanding the excommunication. Then I had to participate in a required interview which took over a year to schedule. I was told the lag time was protocol in hopes the requester might change their mind. Sorry Mormons, no such luck. After all that waiting and frustration, the bishop ultimately turned to me with apoplectic flourish and defensively offered: “It’s like the Mormon church is a tennis club, and you’re asking us to build a golf course just for you. Do you see how unfair you’re being?”

To be clear: I didn’t want to play golf and I didn’t give a damn about tennis. I just wanted out. Growing up, I felt guilty simply for existing — even before I had the words to explain why. As I began to admit to myself that I was gay in my early teen years, that guilt turned into deeply internalized shame. I was conditioned to believe I was inherently dirty, plagued by what they called “unclean thoughts and desires.” In private, I begged god to change me for years…but I only ever stayed the same. Eventually (and not without intense struggle and doubt), I stopped questioning myself and began to question the very stories the church told me.

For instance: Why did anyone take Joseph Smith, founder of the Mormon church in the late-1820s and known con man, seriously to begin with? Why was polygamy considered a sacred duty in the early days of the church? Why are women treated like second-class citizens generally–taught to be wives and mothers but dissuaded from ever having ambition or goals of their own? Moreover, why can’t women hold the secretive priesthood powers so celebrated for men? Why were black men banned from holding that same priesthood until 1978? Sometimes a scriptural justification got referenced, but my curiosity was most commonly met with derision and deflection. No answers could’ve adequately justified the sexist and racist power dynamics produced by those policies anyway.

Questions about other church positions gave way to painful self-reflection about where my own burgeoning sexuality fit into the Mormon world. There were constant whispers about rehabilitation camps for kids exhibiting what the church continues to refer to today merely as “same-sex attraction.” Later, I heard details from some who were sent to (or sometimes voluntarily entered) those rehabs, disclosing they were/are nothing more than conversion and shock therapy centers sanctioned by the church. Conversion therapy was already becoming a liability when I requested my excommunication (though sadly it still proliferates), but any alleged discomfort with the concept didn’t stop church leaders from leaving pamphlets for those same conversion centers on my parent’s front porch in brown paper lunch bags.

According to the current Mormon website, “Identifying as gay, lesbian, or bisexual or experiencing same-sex attraction is not a sin and does not prohibit one from participating in the Church, holding callings, or attending the temple.” On the surface, it seems welcoming, but it’s this pernicious parsing of identity, experience, attraction, and behavior that continues to do serious damage–a faulty premise that gets internalized quickly in Mormon children and adults alike.

“Same-sex attraction” doesn’t preclude anyone from membership in the church, but it’s still positioned, as it was in my youth, as a weakness to be fought against at all costs. Once acted on–a kiss, a clutched hand, god forbid anything more intimate–it’s considered a particularly egregious Mormon sin. Mormons teach abstinence until marriage, but they also refuse to recognize same-sex marriage despite it’s civil legality. So, unable to act on any “same-sex attraction” before marriage and also barred from marriage, abstinence for LGBTQ+ Mormons is a forced lifetime penance dressed up as an olive branch. A denial equivalent to my bishop’s inane analogy about golf and tennis: either put your golf career on hold and participate in tennis whether you like it or not; or, become a cheerleader for those playing tennis if you refuse to play.

It’s also a dangerous slap in the face to LGBTQ+ folks trying to navigate an already vicious world. According to the Trevor Project, suicide is the number one cause of death for youth ages 11-17 in Utah, a state which is over 60% Mormon. Queer youth are also much more likely to consider and attempt suicide than their heterosexual peers. Of course, there’s no direct causal link between these statistics, but I find it impossible to believe they’re unrelated. Especially having intimately navigated and survived their intersection, though not unscathed. The Mormon church is frankly no more accepting than it ever was, despite updated public relations.

When my excommunication was finally finalized (through a curt letter in the mail), I wish I could say I immediately went out and played a round of celebratory golf, or even some fuck-you tennis. But I didn’t. I still carried and still carry a lot of the baggage my Mormon upbringing piled onto me, but from that day forward I was no longer the spectator in my own life they hoped I would stay. Apart from coming out, I consider my excommunication request to be one of the most meaningful choices of my life. It reminds me not to wallow on the sidelines, to question and rewrite the rules of whatever game I’m being asked to play.