When a reality star can talk about sexually harassing someone on camera and still get elected president, it’s impossible to deny that popular culture and politics are too close for comfort.

Still, as major TV networks greenlight series that largely revolve around problematic actors who have been publicly called out for racism, transphobia, and sexual assault, it gives a very different signal to a public that is still in disbelief that we got Trumped in the first place.

While we’ve come to expect this kind of greed and willful ignorance from gatekeepers, a new era of Black Lives Matter, #MeToo, and Time’s Up is forcing a long overdue conversation about how those in power can keep thrusting the likes of Roseanne Barr and Jeffrey Tambor—stars of two hit family-focused TV comedies—into the spotlight. 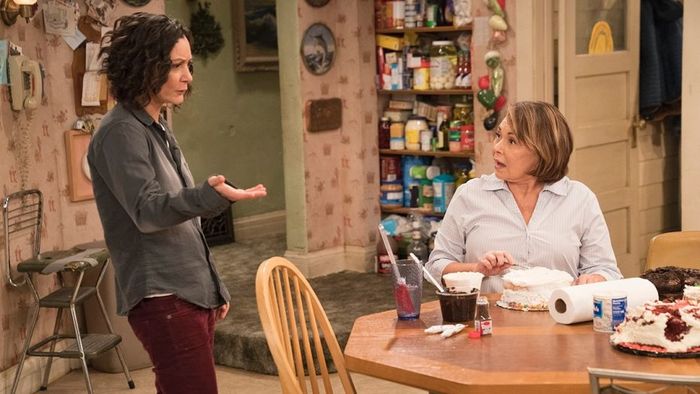 But with Amazon ousting Tambor and ABC finally cancelling Roseanneafter her racist tweets about Valerie Jarrett, it’s the support of out costars like Sara Gilbert and Portia de Rossi that has been increasingly maddening. It’s time that rich white lesbians in positions of power recognize this support has consequences, and that they are ultimately choosing to side with the opposition while simultaneously identifying as women, lesbians, and progressive individuals against homophobia, transphobia, racism, misogyny, and sexual assault.

Gilbert, who played the sarcastic middle child Darlene of the original Roseanne, was a huge force in pushing for the a reboot of the sitcom, which originally ran from 1988 to 1997 on the alphabet network. Early on, she faced criticisms and questions about the show’s star and her support of Trump. Gilbert, an out lesbian with two children, defended working with Barr.

“In our culture a lot of people say, ‘You shouldn’t watch this person. You shouldn’t talk to that person,'” Gilbert told TVInsider in April. “Not acknowledging others is not the solution. If we want to get our country back on track, we have to work together. It’s misguided for us to continue to divide into two parts with each ignoring the other.

Gilbert is also Jewish, which is worth noting here. Barr also posed as Hitler for a 2009 photoshoot in the satirical Heeb magazine, pictured shoving a plate full of Jewish gingerbread cookies into an oven.

Still, Gilbert has maintained her support of Barr and the show. After yesterday’s tweets about Jarrett, Roseanne‘s head writer Wanda Sykes tweeted her resignation, and Gilbert eventually responded, expressing her sadness that “the opinions and words of one cast member” could mean the end of “a show that we believe in, are proud of, and that audiences love.”

This is incredibly sad and difficult for all of us, as we’ve created a show that we believe in, are proud of, and that audiences love— one that is separate and apart from the opinions and words of one cast member.

A few weeks ago, Portia de Rossi shared her support for Arrested Development co-star Tambor during a red carpet event for the long-running cult comedy. This despite numerous allegations of sexual misconduct by former assistant Van Barnes and Transparent co-stars Trace Lysette and Rain Valdez, all of whom are transgender.

“I love Jeffrey. He’s great,” Portia de Rossi told People. “He’s been a pal for many, many years and you know, I wish him well. We support him.”

De Rossi has been absent for recent group interviews promoting the new season launching on Netflix. This included, most notably, a disastrous New York Times group interview that saw her other male co-stars (Jason Bateman, Will Arnett, and David Cross) defending Tambor in regards to an on-set blow up he’d had with on-screen wife Jessica Walter. The only other woman in the room—Alia Shawkat—supported Walter while their male counterparts downplayed Tambor’s actions as a necessary evil of showbiz.

Bateman eventually apologized on Twitter—but has said on the record he wouldn’t participate in future seasons of Arrested Development were Tambor removed from the show like he was from Transparent.

Did I expect better from straight white guys? Not really. Rich cis white dudes are gonna keep mansplaining and picking up paychecks.

But what has been continually disappointing in these situations has been the actions of the rich white lesbians who have failed to model what true accountability looks like. As LGBTQ people and as women, choosing to support individuals who have directly harmed people within both of the disenfranchised communities they belong to is choosing their privilege over humanity, and their bank accounts over their personhood.

De Rossi herself shared an experience she’d had being sexually harassed by a fellow actor, adding her voice to the #MeToo and Time’s Up movements in November.

“My final audition for a Steven Segal movie took place in his office,” she tweeted in November. He told me how important it was to have chemistry off-screen as he sat me down and unzipped his leather pants. I ran out and called my agent. Unfazed, she replied, ‘Well, I didn’t know if he was your type.'”

My final audition for a Steven Segal movie took place in his office. He told me how important it was to have chemistry off-screen as he sat me down and unzipped his leather pants. I️ ran out and called my agent. Unfazed, she replied, “well, I didn’t know if he was your type.”

Her experience is not so different from the women who have alleged that Tambor repeatedly violated them. Lysette said the actor thrust his pelvis into hers; Valdez says he kissed her on the mouth several times without her consent.

Choosing to ignore these allegations is even more disheartening considering de Rossi is actively participating in what appears to be a prioritizing of cis women over trans women. (As INTO writer Nico Lang pointed out last week, nearly every other actor accused of sexual misconduct has been removed from his respective projects. Netflix has chosen to continue with Tambor on Arrested Development.) 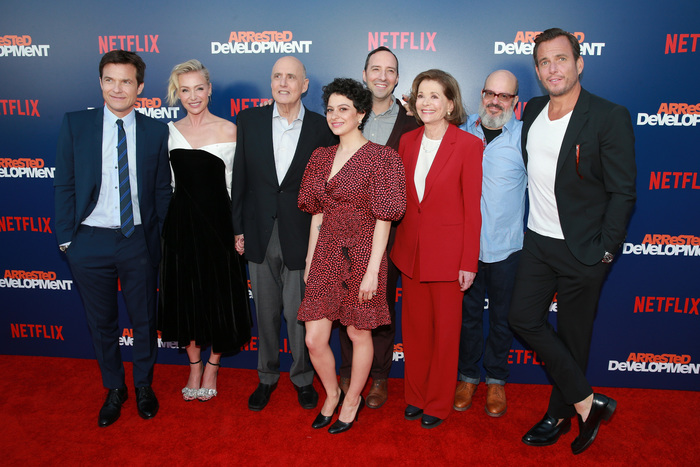 Gilbert and de Rossi’s choices to support their cast-mates points to a larger problem in assimilation. As the trans community has dealt with Caitlyn Jenner’s pro-Trump trajectory while serving as a mouthpiece for the community, lesbians now have to contend with two of the most powerful and visible lesbians on TV sending the message that racism, sexual assault, misogyny, and transphobia are not just OK—but worth promoting on a nationwide platform.

It’s easy to pretend that a make believe family comedy is separate from reality, that what American viewers invite to their homes on a nightly or weekly basis is far removed from that which dictates policies that affect our lives, or the lives of those who make up the rest of our country. Many of these audience members are less privileged than the highly paid actors and producers who sell their Mendocino homes and horse farms for millions of dollars.

“The show is not about politics,” Gilbert said of Roseanne. “It’s not about anyone’s position or a policy, it’s really about what happens to a family when there’s a political divide, which is something that I think the entire country can relate to and something we need to talk about.”

Unfortunately, the discussion being led by Gilbert is one of complacency: “Can’t we all get along?” It’s one where overt racism is posed as a “teachable moment” we’re expected to move on from—a fact that obscures the ghastly reality that the show’s star wasn’t really joking; she actually believes what she’s saying to be true.

It might be inconvenient for Gilbert and de Rossi that the stars of their respective projects are acting abhorrently. It might even cost them jobs, money, or opportunities. But there’s an even more important opportunity they’re missing out on: to actively participate in a much-needed dialogue about how the entertainment we consume is, yes, political. Their actions and words say a lot about how we as a country are complicit in getting to the place we’re in now: Roseanne’s America.