“The idea is that if everybody is naked, the ice is already broken.”

Aditya, 33, was describing the distinctly genial atmosphere at a clothing-free monthly party hosted by Go Naked, a group that fosters social nudism among queer men. “You’re not in a clique or forming the usual opinions that you do at a regular gay bar,” he added of the diverse and friendly crowd at June’s Pride edition of the event. “There’s a sense of community just in being naked.”

“Fuck Clothes Go Naked” (FCGN for short), a party held on the second Thursday of every month in Astoria, Queens, is rare counterprogramming to popular gay nightlife — and not necessarily because of its mandatory clothing check. Sex parties for gay men are resurgent in cities across the U.S., so stripping down to mingle in a jock or less may not be a new experience for some. But Go Naked isn’t about sex.

“I want to know men for who they really are,” said Go Naked’s founder — who requested the pseudonym Alan to protect his identity — “not for their dick or what I’m going to get out of them sexually.” Alan considers Go Naked’s mission, of expressly encouraging social connection over hooking up, as an important pivot that allows queer men to see each other “as more than sexual objects.”

Go Naked’s website states that hosts will ask individuals to leave events if “sexual behavior gets out of control.” The idea is to act like you would in a clothed setting and leave to hook up when sparks begin to fly below the belt, even in the absence of one. 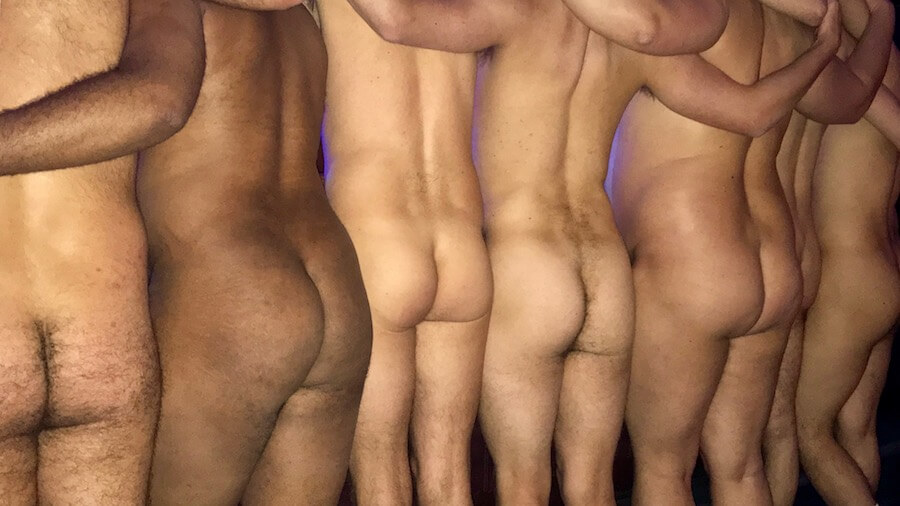 Still, the promise of getting laid, arguably the main draw of most gay bars, is not what seems to keep partygoers returning to the modest neighborhood hangout. “These events aren’t like a typical bar,” said Mark, 54, another frequent guest. “People are a lot more friendly, a lot more approachable, and will engage you more easily than they would in a clothed bar.” Not many guys had paid $15 to strip down and stand around like wallflowers, a popular pastime almost anywhere alcohol is served.

“You can’t hide anything,” Alan, Go Naked’s founder, said of nudity’s tendency to break down social barriers. “You have to communicate and connect with people on a very real and frank level.” Aaron, 37, who organizes his own naked events that are more sexual in nature, called that falling away of self-presentation “primal.” “How you wanted to present yourself to the world is now gone. All you’re left with is your true self,” he said.

That’s no easy position to put oneself in, particularly for queer men who’ve struggled to feel acceptance — of our identities and our bodies, from the mainstream and within our own communities. “You feel very vulnerable because you’re naked and you’re not exactly sure if other people are going to accept you,” Alan said of taking those first steps into social nudism. “The minute somebody else says, ‘Hey, how are you?’ — all of that goes away.”

“It’s a reciprocal thing,” Aditya added. “You can’t be a nudist while you’re judging other people; being a nudist means accepting everyone for looking their natural self.”

While body acceptance is a foundational principle of nudism more broadly, Go Naked strives to be especially inclusive of all different colors, sizes, and variations in gender expression in catering to a younger crowd. As more established nudist organizations have struggled to recruit a new generation as their Baby Boomer members age up, Go Naked’s effort to cultivate diversity goes hand in hand with attracting Millennials. “There’s a new generation of young people who are really trying to understand who they are,” Alan said. “Nudity is a great way to discover that.” 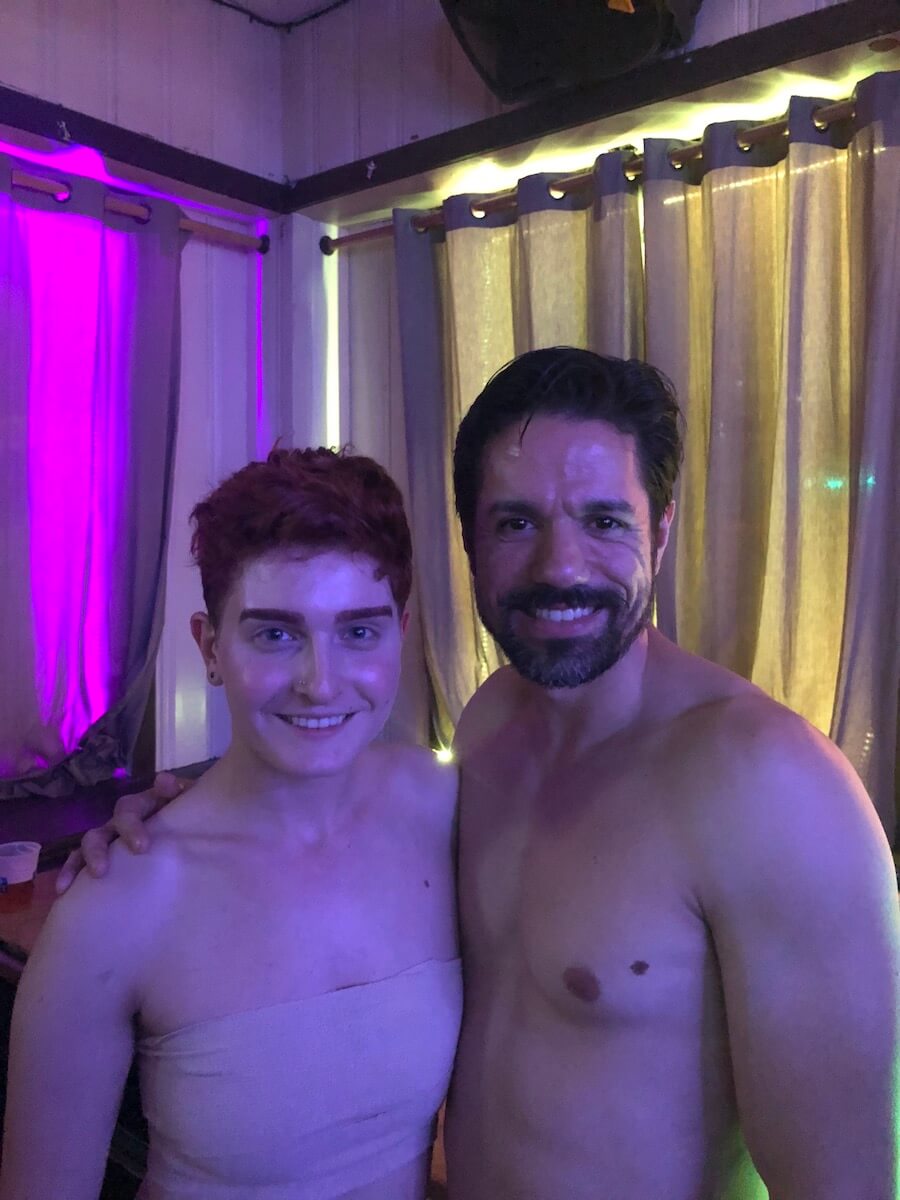 Go Naked began with small get togethers in 2013, hosted in apartments with friends of friends, before the monthly party came to Queens two years later. Its growing website serves as a resource for people curious about social nudism and for organizers hoping to create their own communities. So far, Go Naked has expanded with affiliate groups in Philadelphia, Boston, and Salt Lake City.

The world, it seems, is next: Go Naked recently organized a naked-friendly trip to Honduras for a group of 18; trips to local campgrounds in Pennsylvania have exceeded 150 guests. More adventures are in the works, catering to gay men looking for nude travel options beyond Palm Springs or Key West, where resorts tend to emphasize sex over socializing.

“If we can normalize nudity, I think it will help us become more accepting of everybody,” Alan said of Go Naked’s ultimate goal. “It doesn’t fucking matter,” he added, referring to one’s race, body type, or gender identity, “because when you can connect with a person and let all of that other stuff go away, that connection is powerful.”

Back at the party, Dean, 24, a FCGN first-timer who identifies as gender fluid, admitted to feeling anxious walking into a bar full of naked male-identifying patrons. “But new things that make me nervous are really good for me,” said Dean, who uses the pronouns “ze” and “hir.” Ze added that similar apprehensions arise in clothed bars, but something about this party was different. “I feel a little less nervous [being naked], I don’t know why,” Dean considered.

“It’s like imagine the crowd is naked, but now they actually are.”