I’ve always loved the idea of creating space — whether via collaborative projects you can hold in your hands, or through written words in story form, or by carving out a digital alley then bombarding the internet with photos of people who are doing rad things. For INTO‘s Bedroom Series, I’ll focus on one trans guy per post who will invite me into the most private of created spaces: the bedroom.

We’ll lay around, stare at the ceiling and I’ll ask questions and maybe they’ll even answer. Either way, I’ll get some photos out of it, and you’ll get to meet someone new.

First up is Henry, a writer I first met in Brooklyn, who now lives in Los Angeles. 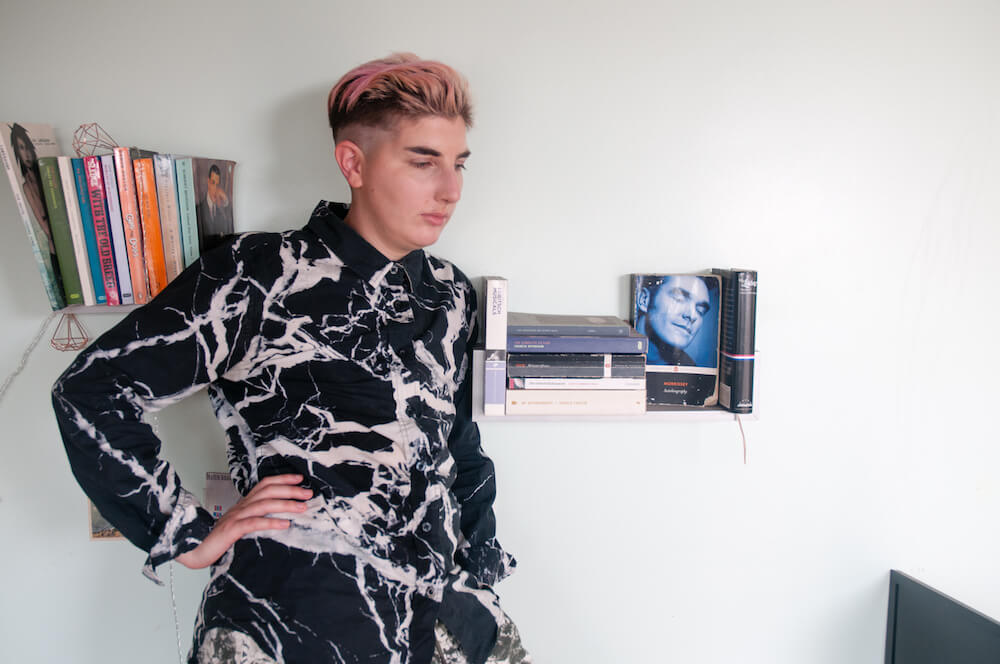 The passion project: My novel.

Your bedroom is a stand-alone situation with a shower and everything! Does it remind you of a cabin in the woods, or like a retreat?

It does. It reminds me of a tiny writer’s studio/fancy prison room. I like how contained it is, and I love being able to always have the toilet in full view.

How long have you been here?

Lots of skincare bullshit, lots of books, and a few random postcards people have sent me. Lots of wires and Charlie (the dog) belongings. There’s almost always a chewed up squirrel toy next to me when I’m working. 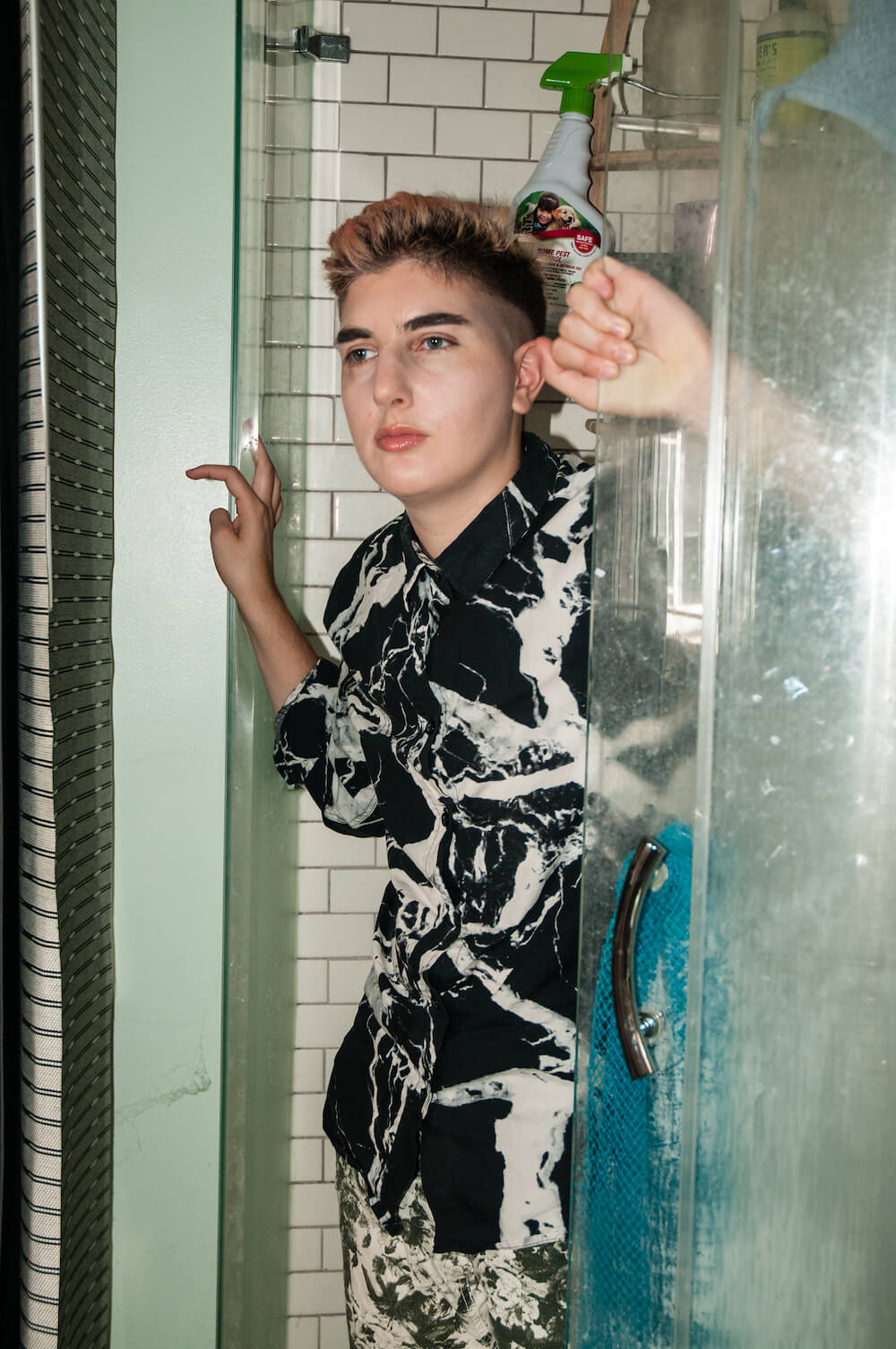 Does your bedroom have a secret?

It’s very old, so probably. But none of mine.

Favorite aspect of your bedroom?

The ceiling is great. It’s made from reclaimed wood from the 1920s.

Least favorite aspect of your bedroom?

My dog can stare me in the eye while I’m peeing. 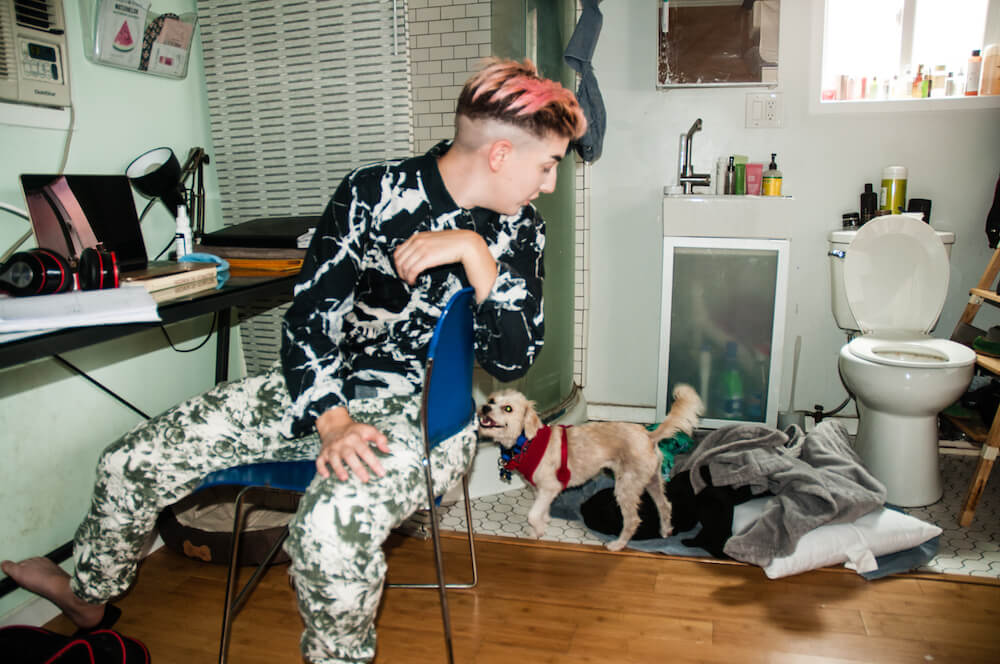 If your bedroom had a name (and gender), what would it be?

It’s been compared to Grandpa Joe from Willy Wonka and the Chocolate Factory.

What’s the most productive thing you’ve been able to conquer in your bedroom?

There was a random moment a year or so ago where I was waking up at 6 am due to anxiety and I ended up writing a ton of weird fairy tales in the hour or so before going to work. It lasted for maybe a month.

How many people could you fit in here?

Two would be pushing it.

Me trying to watch a competitive baking show naked while Charlie harasses me with his squirrel toy. 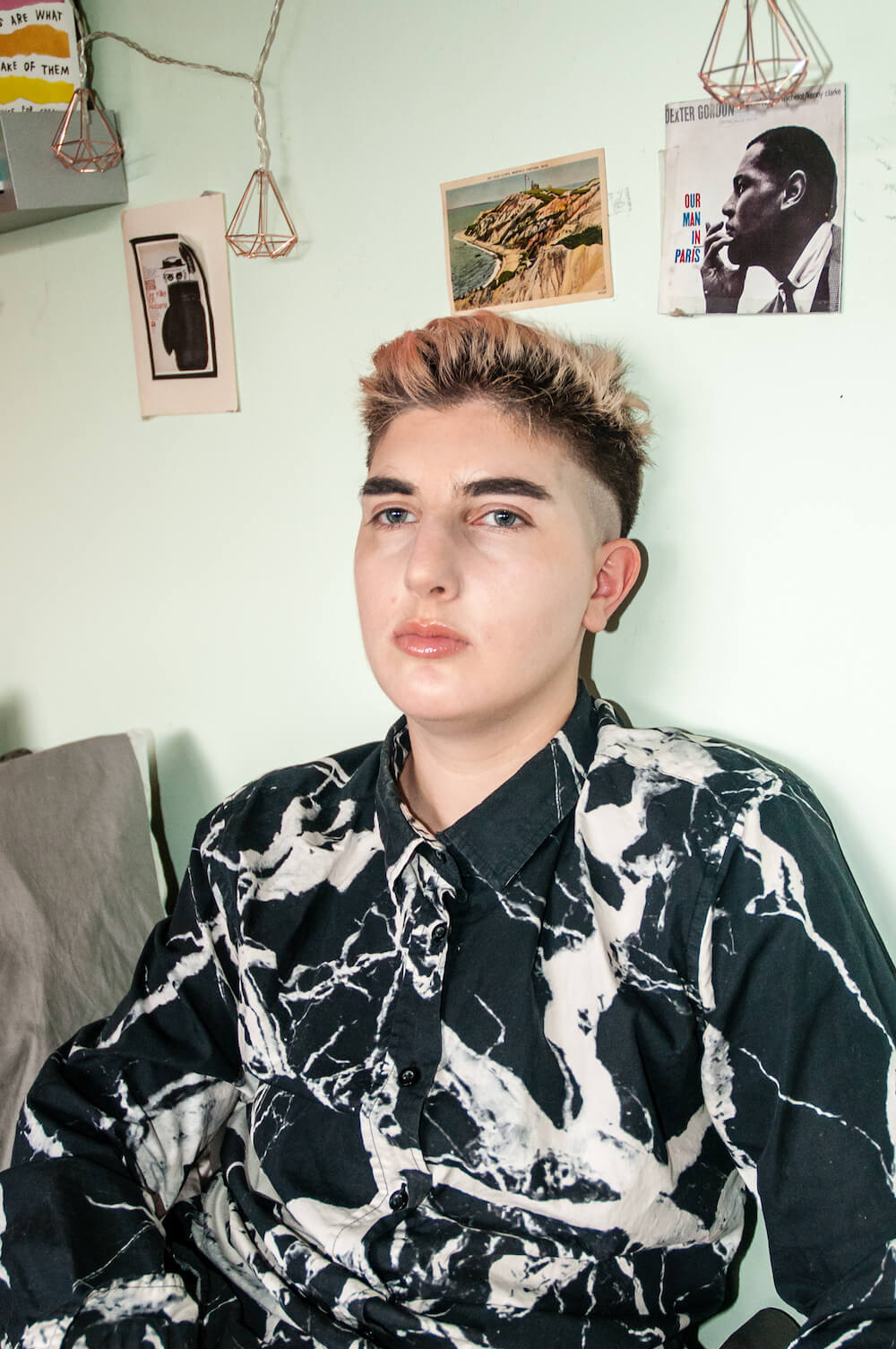 All images by Amos Mac