On a sultry summer day in Connecticut 30 years ago, I came across a book with the most unusual title, Herculine Barbin: On Being the Recently Discovered Memoirs of a Nineteenth-century French Hermaphrodite. It was in a box of free books at Alpha Delta, unofficially acknowledged as the “gay” fraternity at Wesleyan, where I’d just finished my freshman year. I soon realized this was fitting: Barbin’s story, to my surprise, was as much about being a lesbian as it was about being intersex (the currently recognized term for people originally referred to as hermaphrodites). In fact, it was the first lesbian love story I ever read.

Homosexuality was a crime at that time in France, so Herculinewho had been raised as a girl and lived as suchkept the love between her and her girlfriend hidden. When they finally consummated their relationship, the pair were delighted but also ashamed: They were devout Catholics and knew their love was considered sinful.

After seeing a doctor, Herculine could no longer ignore that her physical differences excluded her from living at an “all girl’s” boarding school. Although the headmistress ignored the doctor’s reportseemingly hoping to avoid a scandalBarbin was plagued by guilt. She hoped her physical status might validate her and her lover’s relationship. She confessed everything to a trusted Bishop, which she later deeply regretted. She was subjected to medical exams and eventually court-ordered to change her name and legal sex to male.

But Herculine was unable to adapt to her forced sex reassignment. Eight years later, she committed suicide at the age of 30.

A century and a half after Herculine’s 1868 death, intersex people are still being subjected to institutionalized human rights violations in an archaic effort to control our gender and sexuality. We’re denied passports which accurately identify us as adults and forced to undergo harmful, medically unnecessary gender reassignment surgeries that we didn’t ask for as babies and children. We’re the frontline victims of homophobia and transphobia, subjected to violence in the very infancy of our lives because of presumptions that we’ll grow up to be queer or gender nonconforming.

These factors, as well as Herculine’s own life, demonstrate our innate position within the LGBTQIA community.

Simply put, in a world defined by a binary system of gender and sexual orientation, intersex people are deemed queer the moment our differences are detected, whether we grow up to be homosexual, bisexual, or any other identity. Our nonbinary bodies position us as something other than men or women. This is dangerous in a culture in which countless LGBTQ people, particularly trans women, have been and continue to be subjected to violence and discrimination under the guise that we’re not “real men” or “real women.” 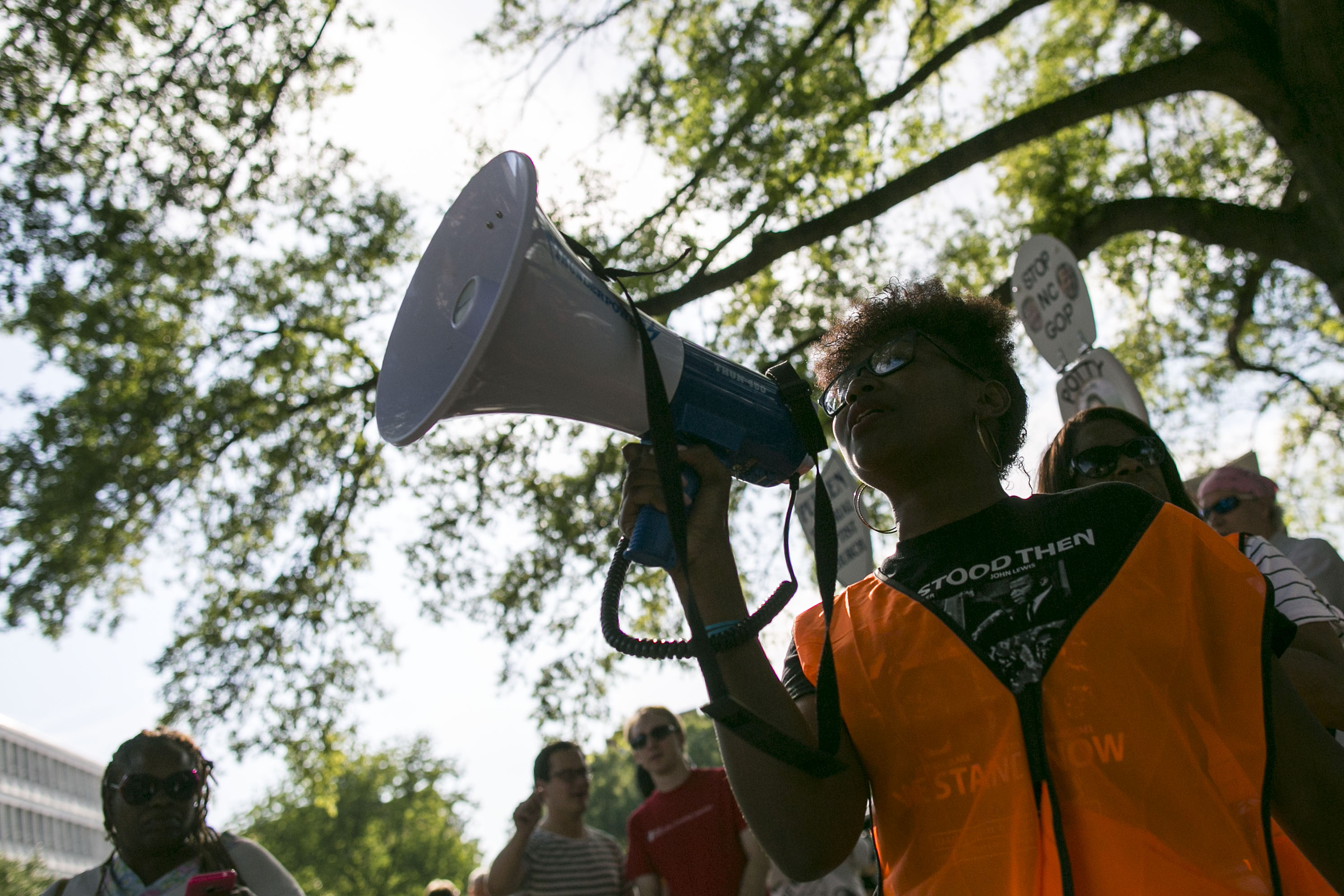 Bathroom bills like North Carolina’s House Bill 2, although they are designed to target transgender people, also impact intersex folks. The discriminatory law, originally passed in 2016, bars state residents from using bathrooms that don’t match the gender listed on their birth certificate. Many intersex people don’t appear to be the gender we’re assigned at birth. Although I was assigned female at birth, I have often used male restrooms throughout my lifedespite never having taken testosterone or otherwise altering my birth sexbecause my presence in women’s restrooms sometimes scares the other occupants.

Doing so would be criminal in North Carolinaeven though I did it to make women feel safe, which is the stated intent of these bills.

This is a reminder of a truth we seldom recognize: Intersex peoplewho cannot be easily determined to be boys or girlsare the very embodiment of our society’s homophobic and transphobic attitudes.

Dr. Dani Lee Harris, the first openly intersex Grand Marshall of a Pride parade, educates about intersex issues in black Baptist southern churches. Harris often tells a story about a local pastor who attended one of the talks he gave at a church in his hometown of Atlanta. He approached Harris wide-eyed after the presentation. The church official claimed that learning about about intersex identities for the first time had blown him away: It had changed his long-held belief that homosexuality was unnatural. Realizing that biological sex exists on a spectrum had helped him understand that sexual orientation does as well.

Harris’ powerful story illustrates that just as intersex people experience anti-queer bigotry, their oppression holds the key to our collective liberation. When we recognize the rights of intersex people to have their identities recognized, we dismantle the very foundation of the binary sex and gender system which has harmed LGBTQIA people for centuries.

Intersex people have played a critical role in helping nonbinary peoplemany of whom are not born intersexattain legal gender recognition. Dana Zzyym, associate director of the Intersex Campaign for Equality, is a Navy veteran who hadn’t needed a passport as an officer in the armed forces. In 2014, Zzyym applied for a passport in order to attend an intersex conference in Mexico City, but their application was rejected. The problem was that Zzyym did not identify their sex as male or female.

Zzyym subsequently filed a lawsuit against the U.S. State Department for a nonbinary passport.

Lambda Legal is representing Zzyym in the case, which is the first of its kind. When the suit was filed in October 2015, the former military officer pointed out what many intersex people know all too well: the oppression they face is the result of a society that prefers to place people in heteronormative boxes, even as young children. “When I was a child, I had no say in what was done to me in order to make me ‘fit’ in some acceptable category,” Zzyym says. “I continue to suffer the consequences of those decisions today.

“I am not male, I am not female, I am intersex, and I shouldn’t have to choose a gender marker for my official U.S. identity document that isn’t me,” the veteran adds.

Although the district court judge ruled in Zzyym’s favor, the case is still pending. The State Department has yet to issue Zzyym their passport, but the lawsuit has inspired others to act.
Intersex advocate Sara Kelly Keenan, who became the first Californian to have “intersex” listed on their birth certificate, credited activists like Zzyym and Oregonian Jamie Shupe for paving the way. Shupe became the first person to be legally recognized as nonbinary in June 2016. In response to that court victory, her state would allow residents to list a third optionneither male nor femaleon their driver’s licenses in a groundbreaking June 2017 decision. 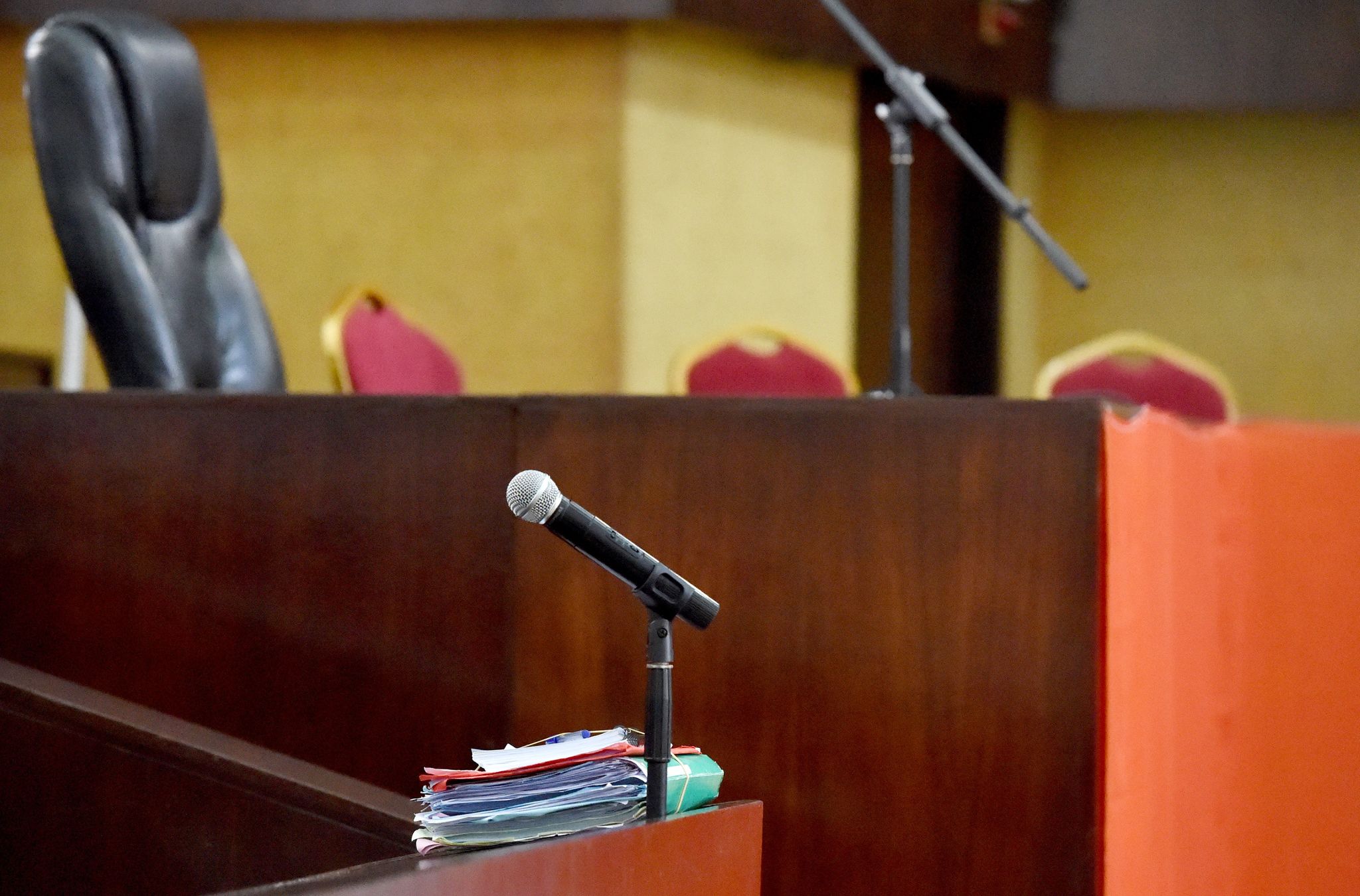 After Oregon, California, and Washington, D.C. passed legislation recognizing nonbinary identities, Massachusetts announced its intentions to do the same.

These developments don’t just impact intersex people. They’re a victory for the greater LGBTQIA community: Many trans and gender nonconforming people also do not wish to identify their gender as male or female. Keenan told the Bay Area Reporter that they specifically chose a nonbinary option on their birth certificate “so that all genderqueer people and trans people who identify as nonbinary could be welcomed under this umbrella with this designation.”

Although intersex people are often left out of the LGBTQ acronym, our fates have been tied to the rest of the alphabet throughout the struggle for queer and trans liberation. During California’s Prop. 8 marriage equality trial in 2008, opponents of same-sex unions argued that marriage was “between a man and a woman.” Maria Nieto, a lesbian biology professor, challenged this in an amicus brief submitted to the U.S. Supreme Court. She noted that “tens of thousands of Americans do not neatly fit” into the classifications of “man” and “woman,” yet thousands of us are already married.

The Intersex Day of Remembrance, which is observed today, honors Herculine Barbin’s birthday. Herculine’s memoirs are a reminder that people have not fit into these classifications for centuries, and this has done harm to so many. Her writing helped me to understand and accept myself first as a lesbian and later as an intersex person, but it’s also a reminder of the perils of forcing people to be something they’re not.

Hida Viloria is a writer, intersex advocate, and the author of Born Both: An Intersex Life. Viloria has appeared on Oprah and National Public Radio. S/he is a founding director of the Intersex Campaign for Equality. Follow Viloria on Twitter @hidaviloria.