That day, a young man by the name of Giovanni Melton had his life taken by a gunshot wound at the hands of his father. The 14-year-old’s crime was nothing more than him being gay. His father’s homophobia outweighed the “unconditional love” one is supposed to have for their child. Unfortunately, Giovanni’s father is what happens when people want the “perfect child,” a notion that continues to kill queer children, in turn killing us all.

“I’d rather have a dead son than a gay son.” These parting words from Melton’s unremorseful father speak volumes about the homophobia that continues the pattern of violence against the queer community. Yet there was community silence around this death. He was a Black life that mattered, yet many didn’t speak about the loss. It left me to wonder if it was fear that they would be too closely associated with supporting queerness, or fear that they too could see themselves as being that violent towards a queer child? I fear the latter.

As our community continues to evolve, queer people become more visible, despite the fact that we have always existed. This visibility is often seen as a threat to the heteronormative community, lending to the violence we face, which threatens liberation for us all.

I recently attended a gender reveal for my soon to be nephew. Although I was apprehensive because my own work is about deconstructing gender, I knew the importance of celebrating this moment with my family. It was a joyous pre-event to the baby shower where we could all sit in the excitement of welcoming the newest baby into our family. My brother shot the balloons filled with paint until he hit one that was blue.

The family screamed and shouted in excitement. There were tears and hugs and congratulations. All were excited including myself. Not so much because by society’s standard our family was about to have a boy, but because I knew my family was welcoming a child with love regardless of what the gender stated. I knew that because I was once a blue balloon, too.

Now fully out and queer and unapologetic, I know what it is like to face the expectations of what a boy is supposed to be and what can happen when he doesn’t fit the standard. I’m grateful to my family who allowed me to grow into the person I was supposed to be rather than the person society expected me to. I got to be a kid despite my effeminate mannerisms. Although I dealt with bullying, I didn’t have to come home to it; a fate that many unfortunately deal with in our community.

The risks queer children face are higher in just about every category when placed against our heterosexual counterparts. The risks of contracting HIV, of homelessness, abuse, and other social determinants of health create a multitude of oppressions for queer children which also leads to higher rates of self-harm and suicide within our community. Unfortunately, like most behaviors, queer antagonism is learned through conditioning of those responsible for raising queer children and those raising heterosexual children in homosexual environments.

We see time and time again, people within the Black community – most often religious leaders, socially conscious rappers, and folks within cornerstone environments in the Black community like the barbershop – come out against LGBTQs. These locations are where many queer children exist within Blackness but only absent their queerness. I’ve personally had this experience where I’m invited into a heteronormative space to only be condemned as a patron or parishioner. My money is still valid, of course, but my total being? Not so much.

These leaders, however, have a platform. Social media isn’t the only place where a follower count matters. When leaders of these local platforms speak the words of homophobia into a room that takes it as facts and law, those listeners, in turn, take those words and put them to action. That action being violence against queer people in the community. With much of the violence either ignored or swept under the rug, where abusers become glorified and victims continue to be demonized.

Our community can no longer survive instilling our children with homophobia and queer antagonism. Children are not born hating other children. Children are taught to be divisive, with many bullied for even having queer friends. The birds of a feather logic is used as a tool to deter heterosexual allies from associating publicly with their queer friends.

Queer people have continued to fight for us all. Queer children continue to come out younger and younger and be even more vocal about the oppression they face from their queerness and their Blackness. They are often unsupported in their plight and victimized for their request to be as they are, in totality, of a Blackness inclusive of queerness.

The story can no longer be just wanting a boy or a girl. You should want a healthy child, one that you will support, raise, and protect with unconditional love despite their choice in gender or non-identifying. We have seen too many Black queer bodies die at the hands of our own community. No one is free unless all of us are free. That starts with freeing your mind of fear that you one day may have a queer child. 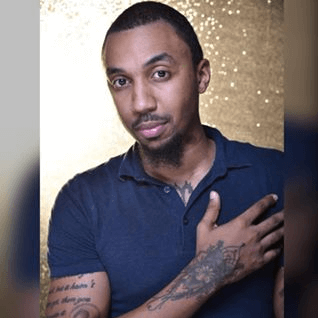 George M. Johnson is a black queer journalist and activist located in the Nyc area. He has written for TheRoot, ET, HIVequal, TheGrio, TeenVogue, NBC News and several other major publications.