In the spring of 2013, I made the decision to move to Greece. I promised myself I’d be more spontaneous and live freely without limitations or expectations; that I’d take risks and be more adventurous.

I guess I spoke it into existence, because not long after, I met a man whose first words were, “Come away with me.” He wasn’t a stranger we had crossed paths a couple of years back and stayed in touch through digital likes, pokes, winks, and comments so I said yes, and we were off to a Greek Island where unbeknownst to us both, over the course of 14 days, something would grow between us, something we then viewed as love.

Living in Greece was so far removed from my lifein the U.S. I made more of an impact in Greece with my work as Jessica 6, the alias I use to write and release electro-pop music. One Jessica 6 song, “White Horse,” became a classic. I made a few national television appearances, so everyone knew who I was as an artist and as a woman of trans experience, both things I’m very proud of, and both things I expect the men in my life to not only accept and support, but also celebrate.

This standard of love has become pretty base level for me after working very hard at not allowing men into my life who think or feel otherwise, but I know that no two love stories are the same; and that not all men are cut from the same cloth. So in order to truly understand the dynamics at play, I’ve had to accept the fact that supporting and celebrating affection and sexual attraction towards trans women isn’t always so easy for men whose emotional freedoms have been imprisoned by a society that imposes toxic ideals of masculinity onto them.

Having come across many men who suffer from these societal pressures, men who have attempted to keep their attraction and affection towards me in the dark, it was refreshing to be in the presence of a man who could care less what others thought, especially in a country like Greece where for me, privacy is not an option and where machismo, family traditions and conditions are not uncommon. While enjoying our vacation, we often found ourselves surrounded by whispers and rumors and experienced our fair share of microaggressions from his so-called friends and co-workers we’d run into on the island. But not only did he seem unfazed by it all, he was proud to be in my presence, and to be together in the presence of others. He created a safe space for me and let the weight of the world roll off his back.

His defiance, while refreshing, was also intimidating, and I found myself battling with my own anxiety from past trauma. Anxiety I experienced when meeting his friends, when he held my hand in public as we walked down those classic blue and white stone trails. Anxiety I felt as he gazed into me over romantic dinners and drinks at bars and clubs. A part of me began questioning what was behind this man who triggered me by living up to my standards of love. Did I detect a slight tremor behind those defiant eyes? A hint of doubt or a fever of fear that may take over at any given moment? Or was I merely projecting? His defiance provoked my anxiety while simultaneously causing me to fall deeper in love with each passing moment.

I began wondering if I was the only one wrestling with fear and anxiety, and if this was what it felt like for men who approached the precipice of love and desire for trans women. Love is a grueling enough process without feeling antagonized by issues that come along with transamory. Issues that stem from a system that teaches men not to cry or express emotion and that femininity is a sign of weakness; a system that often shames little boys and men for being sensitive and not “tough enough” or “man enough,” and punishes them for expressing any kind of desire that reaches beyond unrealistic heteronormative boundaries. This is the same system that fails to realize how shame is the most common form of child abuse, and the most common tool used to shape and mold young boys on their journey to becoming men. I’ve crossed paths with many of these men, and it’s always saddened me to see how they’ve never experienced unconditional acceptance and love from friends, family, and lovers. I’d watch them wrestle with a constant need to perform as an ideal man in order to gain validation and maintain the illusion of sustainability in a world that brainwashed them into believing that their desires are shameful. 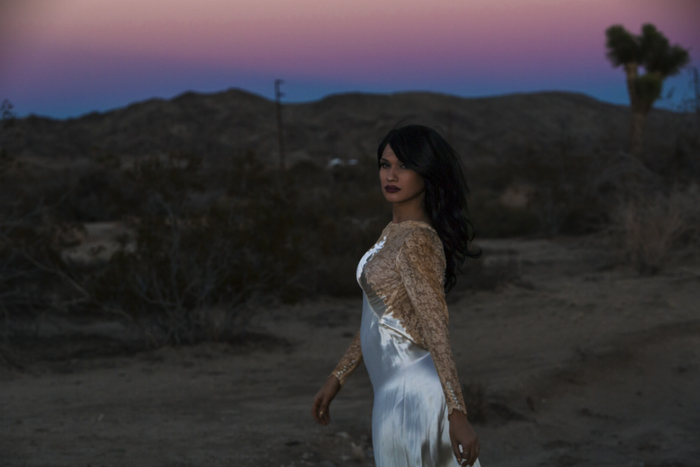 Most never quite knew how to handle a woman like me, a woman whose trans experience has opened me up to an entire world of possibilities. Whose history, as dark as it may have been at times, has been rich and vibrant and full of color and culture. A woman whose scars both inside and out have left me enlightened and in tune with the sum of my parts, but not reduced to them. A woman who is evolved and embraces sexuality while defying social norms, and who not only basks in every bit of her man’s truth, but encourages him to live in it full time.

I imagine it must be intimidating to fall for someone the world tells you is wrong. To lust after something you’ve been taught to believe is abnormal, but that makes you feel free, fulfilled, and alive.

I often find it difficult to empathize with men struggling to live their truth because my wounds are still healing from a time when I allowed stigmatized men to project their shame onto me as I healed and nurtured their battered souls. That was once my standard of love and I barely escaped from the grips of it. I allowed these men to come to me for what I then viewed as love and intimacy. For what I had convinced myself was an energy exchange, but what I now know was an unreciprocated energy withdrawal. They’d come to me drained from living unfulfilled lives built within the confines of toxic masculinity, then return feeling fresh and rejuvenated after having basked in the light I’d worked so hard obtain.

I wish I could say my light was stolen from me, but in actuality, I had given it away, only to be left behind as nothing but an empty vessel in the dark. As soon as I’d hear the sound of that door slam when they left me to go back to the lives that stole their souls in the first place, I was void of love and full of shame. The worst part was I had convinced myself that as a trans woman, this was the kind of love I was worthy of.

So I took what I could get. I let that void wrap its filthy fingers around my neck as I savored the taste of stigma that dripped from my lips. I swallowed their neglect, letting them plant seeds of shame deep inside of me as I told myself “This is love.” I’d wait submissively for days, weeks, or months on end for the next time, hoping there would be a next time, knowing there would be a next time, and like clockwork, there always was. It became a losing game I’d convinced myself I was winning. Their addiction became mine, and knowing I had control of their lives in that moment made me feel powerful, but it was always fleeting. The end was always the same, and when a lover leaves you in the dark with nothing but a layer of filth on your flesh from unfulfilled nine to fives and passionless lives, filth from shame, and stigma that can’t be washed off, you’re forever changed. You’ll never be the woman you were before you gave your light away.

A part of me died back then and I know I’ll never get it back. I can only gain closure by acknowledging the origin of my triggers and not allowing them to set me off. The things that tell me not to feel at all or make me feel too much. The triggers that unexpectedly cause some sort of blind uncontrollable rage. I wonder if it’s similar to what men feel after centuries of being stripped of emotional freedom from childhood. They, too, are triggered. It’s why they lash out. It’s why they consume. It’s why they feel alone even when they’re not.

It’s difficult for me to see the other end of the spectrum, to hear their side of the story, but what if we all found a way to hear each other out? To empathize and admit the things we’ve done to one another on both sides? What if we came to terms with what the world has done to us all, from the toxic ways in which it’s oppressed its men to the ways in which it’s diminished women by making us feel unworthy of having higher standards of love? Maybe then we could learn to love ourselves and love each other free from stigma and shame. Maybe then we can truly nurture one another, not by submitting to unreciprocated relationships, or by taking, projecting and abusing in order to fill a void, but by using the energy exchange of love and intimacy to acknowledge each other’s pain and use it as a healing mechanism. Maybe if we accepted that there’s work to do on both sides for both sides we’d all find a way to live our truth in life and in love.

I’ll never forget the final moments of that vacation in Greece. We were lying in bed, side by side, fully clothed, bags packed, silently staring at the ceiling as we processed what had taken place over the past two weeks. He broke the silence by asking, “What just happened?” Suddenly an extreme bout of sadness came over me. I turned away to hide the expression on my face, afraid of showing my emotions. I held back tears and pretended to brush hair away from my face as I wiped away the few that had escaped me.

When I finally regained control of my emotions, I turned back toward him to say that it was time to go and there he was, still staring at the ceiling, crying without hiding. He turned towards me struggling to speak as tears fell from his eyes. When he gained control of his breath, he looked deep into me and asked, “Why does this have to be the end?”

I looked away still not wanting to face the reality of what I was feeling in that moment and was suddenly reminded of the promise I made to myself, to take risks and live freely without limitations or expectations. I allowed myself to feel what was hiding behind my fear and I looked back at him as I let myself cry as well. I raised my hands to his face, gently wiped away his tears.