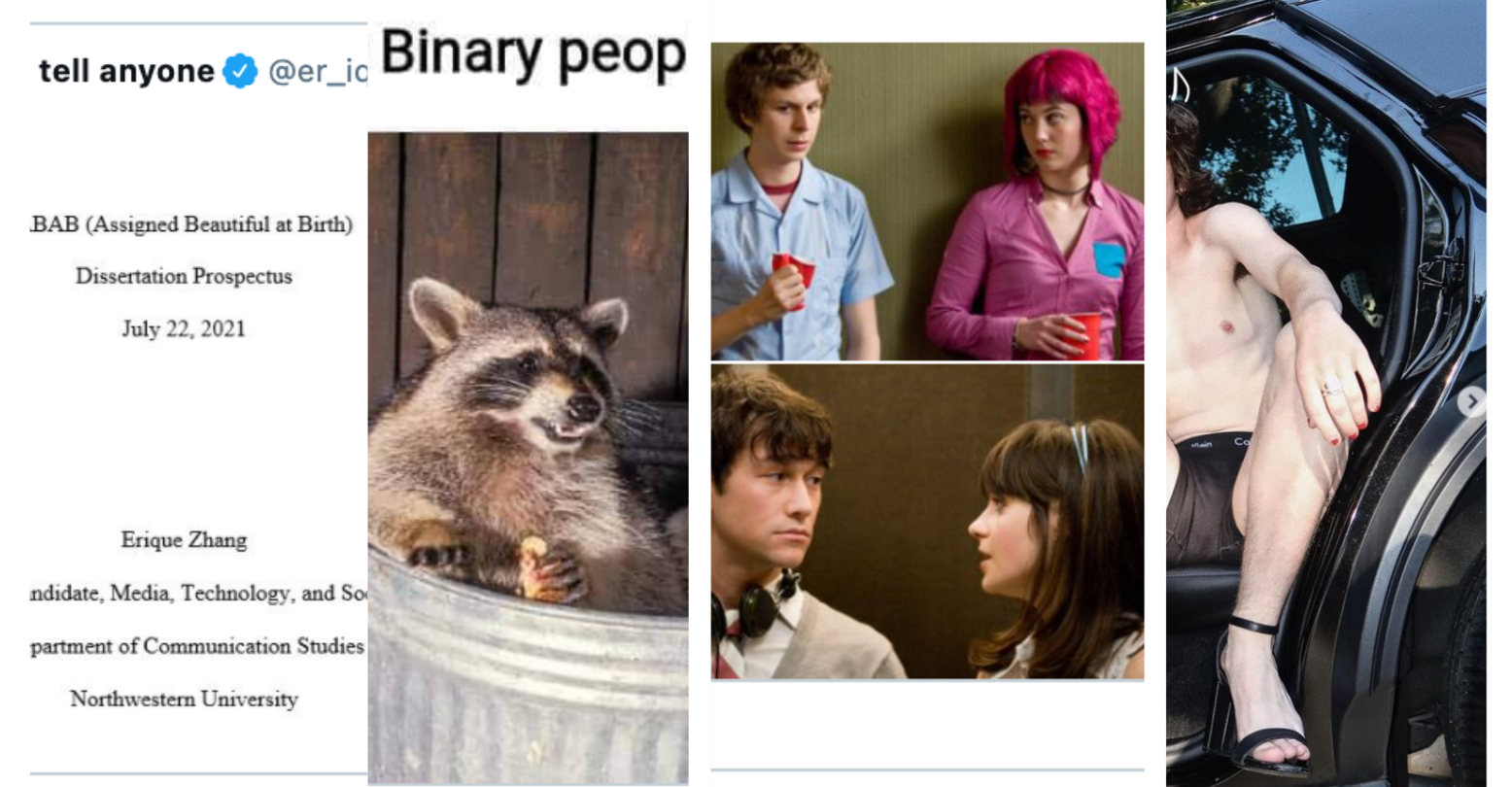 Well it’s been a minute—and also a doozy—since we’ve spoken. This week presented a lot of challenges, from the great Pronoun Water dragging to twink discourse to whatever the hell this is. But luckily it’s all in the rearview now. Time to crack open a cold can of trans joy and goofiness:

We discovered the two (2!) types of nonbinary people (tag yourself, I’m the raccoon)

Catch me fishing around in a bin to find the prettiest flowers 🥺 https://t.co/nN6Vl1zput

We created a new (fantastic) acronym:

We showed out, as usual

Me: thanks I feel seen

Do you ever think about how Western influence caused Chinese people to invent gendered pronouns and made it more common for women in some parts of China (e.g. Hong Kong) to adopt their husbands’ names after marriage? Smh Westerners bringing their backwards traditions to China…

We called some folks out (deservedly!)

Cis allies on this website that spend all day arguing and quote tweeting transphobes that NEVER signal boost trans women are playing the wrong game. Stop arguing with weird British ladies, start highlighting what we’re up to, it’s way more interesting, trust me.

We asked the big questions:

The current (boring) debate over who does and doesn’t count as a woman is feminism’s worst ever distraction from it’s key unresolved question:

Whether lesbians and heterosexual women have anything political in common.

And we got one stop closer to the dream:

A year ago, I wrote the tweet that would genuinely change my life!

I wrote (and optioned!) my first script based on this joke. Here’s hoping we get to see it on the big screen someday 🥰🥰🥰 https://t.co/Dn8FsiGVXl