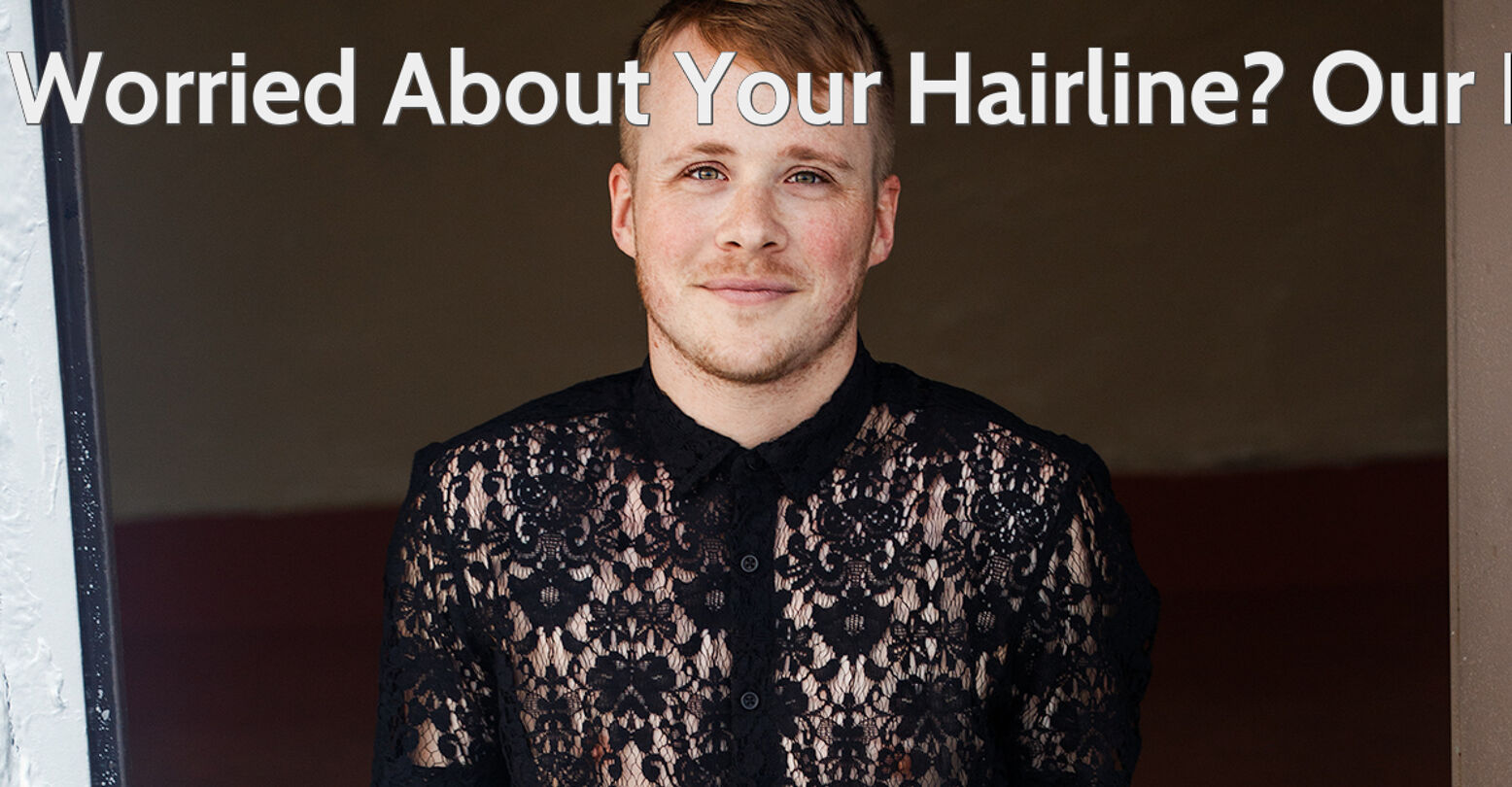 From the moment I pulled Tyler aside at Boho Karaoke and screamed “I’M A WOMAN” over two bottoms trying to top the other’s Britney, I was worried about losing my hair. I’d waited too long to start transitioning, I kept telling myself, as if the former invalidated my chances at doing the latter. Still, the thought of suddenly losing all my hair gave me a lot of anxiety. Hair doesn’t make a woman, but it can cover up a brow ridge. It can flare out around a neck and hide a prominent trapezius. It can make a lengthy jawline just a little less bold. Hair doesn’t make a woman, but sometimes, when I just want to pass through your peripheral vision unnoticed, I’m thankful that it can.

I stopped worrying about hair loss back in June. That’s when I started taking finasteride, a generic drug that can stop and sometimes even reverse hair loss associated with male-pattern baldness. I requested a prescription for finasteride during a then-monthly check-up at New York’s Callen-Lorde Community Health Center. (Callen-Lorde, like a number of other medical providers across the country, operates on an informed consent model. Find an informed consent medical provider near you at MyTransHealth.) With my ACA-granted health insurance, I pay about $14 a month for my finasteride, a milligram of which I take every morning along with two of my thrice daily estradiol (2mg each) and one of my twice daily spironolactone (100mg each).

It’s not medically necessary, and it might even be redundant, considering HRT alone can produce a similar effect on hair loss. But taking finasteride once a day gives me peace of mindnot to mention a lot more free time to ponder the great mysteries of life, like, how come he can watch every update on my Instagram Story for a week but can’t text me back? Or, what part of a smoky eye at 10:34 in the morning says “sir”? 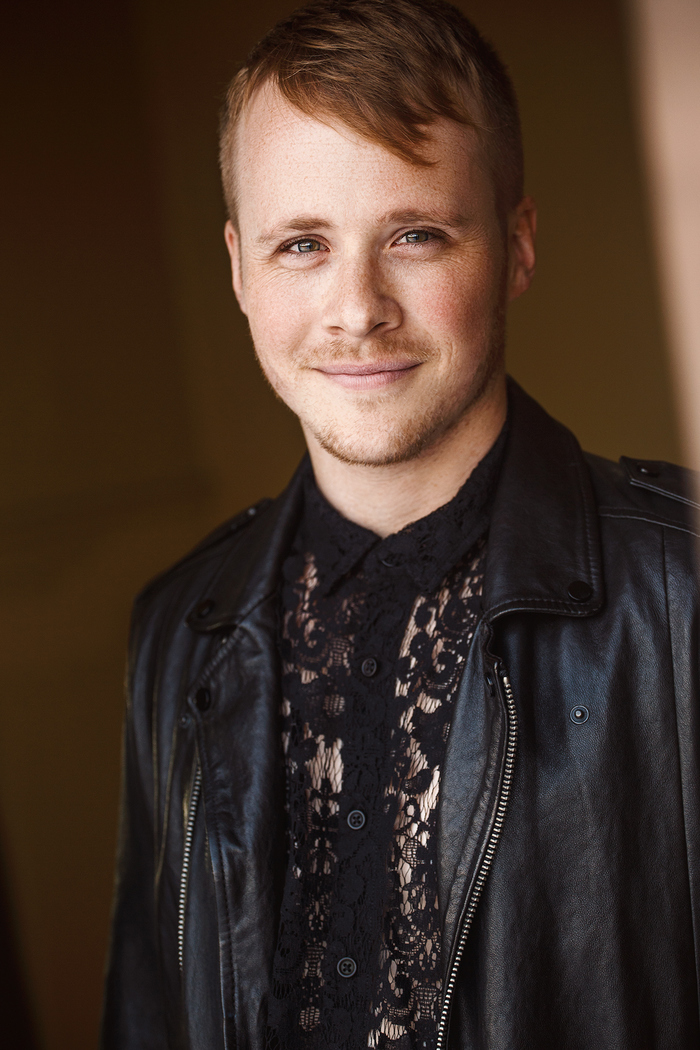 Considering the positive impact that access to a finasteride prescription has had on my life over the past few months, I’m surprised I never heard about it before I turned 28literally the same age my father and older brother were when they started getting patchy around their temples. It wasn’t until I heard Joseph Osmundson on an April episode of Food 4 Thot, the excellent podcast he co-hosts with writers Tommy Pico, Dennis Norris, and Fran Tirado, that I even learned that finasteride exists.

Osmundson, a writer and scientist with a PhD in Molecular Biophysics who’s got a book forthcoming on Sibling Rivalry Press and asked that I call him “Joe O the Science Ho” at least once in this article, swears by Propecia. “I always joke that it’s my one party drug,” he says. Propecia has proven super effective for him over the past ten-plus years he’s been taking it. Its generic alternative, finasteride, has also proven super effective for me, as well, at least psychosomatically if not physically. I wanted to learn more about Osmundson’s experiences with Propecia, which he calls a “miracle drug,” so I hit him up for a little Q about it. Check out our conversation below, which also touches on youth and beauty in queer male culture and whether or not you should slide into Joe O the Science Ho’s DMs.

HARRON WALKER: Soooooo, for people who might not know, what’s Propecia?

JOSEPH OSMUNDSON: Propecia is the brand name for the generic drug finasteride. Finasteride was developed as an anticancer drug to be used to treat prostate cancer. It’s taken at a higher dose [5mg] to treat cancer and a lower dose [1mg] for hair loss. It acts as an inhibitor of the enzyme 5α-reductase inhibitor, an enzyme that converts testosterone to dihydrotestosterone. Dihydrotestosterone is super important in developing fetuses but not important at all in adults. It also happens to be the hormone that often drives male pattern baldness and promotes growth of some prostate cancers. So, finasteride blocks this enzyme, testosterone doesn’t get converted into dihydrotestosterone in the scalp, and we get to keep more of our hair. Yay!

Why’d you start taking it?
I’ve been taking it since my mid twenties. Male pattern baldness is pretty heritable, meaning that it’s largely genetic, although the idea that it’s solely based on your mother’s father is not really true. Looking at my family, I was screwed, and I totally noticed my hair receding in college. A boy I was dating at the time was taking Propecia. He said that it worked and that he’d had no side effects. 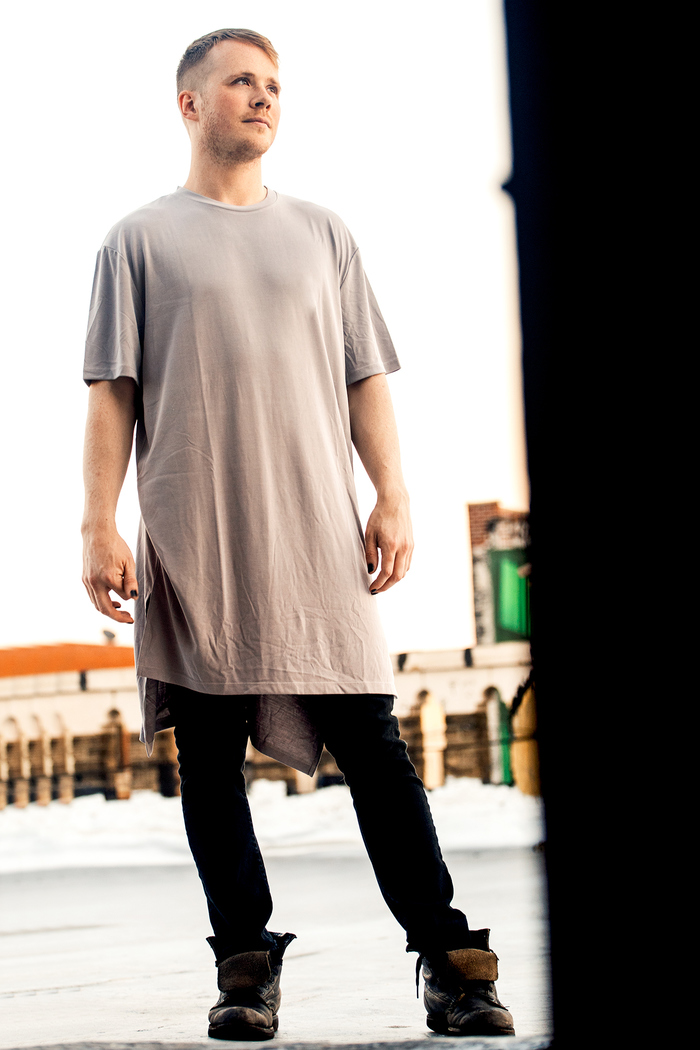 What kind of side effects?
There are rare side effects to watch out for, including the dreaded sexual dysfunction, which can continue even after the drug has been stopped. It’s rare, but worth noting. Also, because dihydrotestosterone is a critical molecule in development, the pills shouldn’t even be handled by pregnant folks.

How do you feel about your decision to go on it now?
I don’t have any regrets. I love my strawberry blonde mane, and I believe in allowing myself a touch of vanity to make it through my days, weeks, and months. If I get ID’d for beer at my local CVS, I’m just fine with that.

You brought up vanity. I wanted to ask you about how being a queer man who spends a lot of time in spaces where youth and beauty are highly prized might have influenced your decision to get on Propecia in the first place. Do you think there’s a connection?
For sure, I do. I’ve written about this a bit. I do think there’s a homosexual pressure to maintain beauty and youthfulness, as we’re taught by culture, gay and straight alike, that that’s what makes us valuable. We certainly internalize this. I’m aware of that, and yet, as much as I’d like to push back against those internalized values, I want to keep my hair. I mean, I go to the gym because it’s really good for my mental health but also because I like the way it makes me look and I like the affirmation I get from folks because of it. It’s messy and complicated. It does sort of give in to the value system I spend so much time thinking about and critiquing, and yet it allows me to have some agency over my failing and aging body and how I present that weird sack of flesh, water, shit, and cum to the world.

I think you were the first person I ever heard talk about Propecia? I heard you talk about Propecia on your show, and then a friend of mine who started transitioning before me told me she was taking finasteride along with estradiol and spiro. I think it’s nuts that this “miracle drug,” as you called it, is not more widely known. I’ve sorta made it my mission this year to tell every AMAB person I know about it. A year ago, I’d never heard about it. Why do you think that is?
Honestly, I think it has to do with the ways in which we shame our bodies for failing in really routine ways. I was in the closet [lol] as a Propecia user for years, but then I “came out” as someone who uses it on the podcast I do with three other homersexuals by making a joke about it, and it felt freeing. I had been really ashamed to both admit that I was losing my hair, that my body was fallible, and that I was taking this drug. I know lots of people who take it but who only tell me they do after I say it first. It’s part of the way that privacy works in our culture, where there are these taboo things that everyone’s doing but no one talks about, creating a culture of silence and misinformation. I think our ability to talk about things like HIV more openly now than ever is a beacon of hope, to be a little cliché, and I think we should use that as an opportunity to demystify other aspects of health, aging, and culture. This is why science literacy matters. The ability to look up studies on our own, understand how medications work, weigh the risks and benefits, and advocate for ourselves to our doctors is so important. So many queer and trans people exist in a health care system that literally doesn’t see them and refuses to acknowledge our needs. Having science literacy is a critical component of being able to stand up for ourselves and our community when it comes to our bodies, or genders, and our health.

Last question: Are your DMs open?
Slide on in, binches!!!!