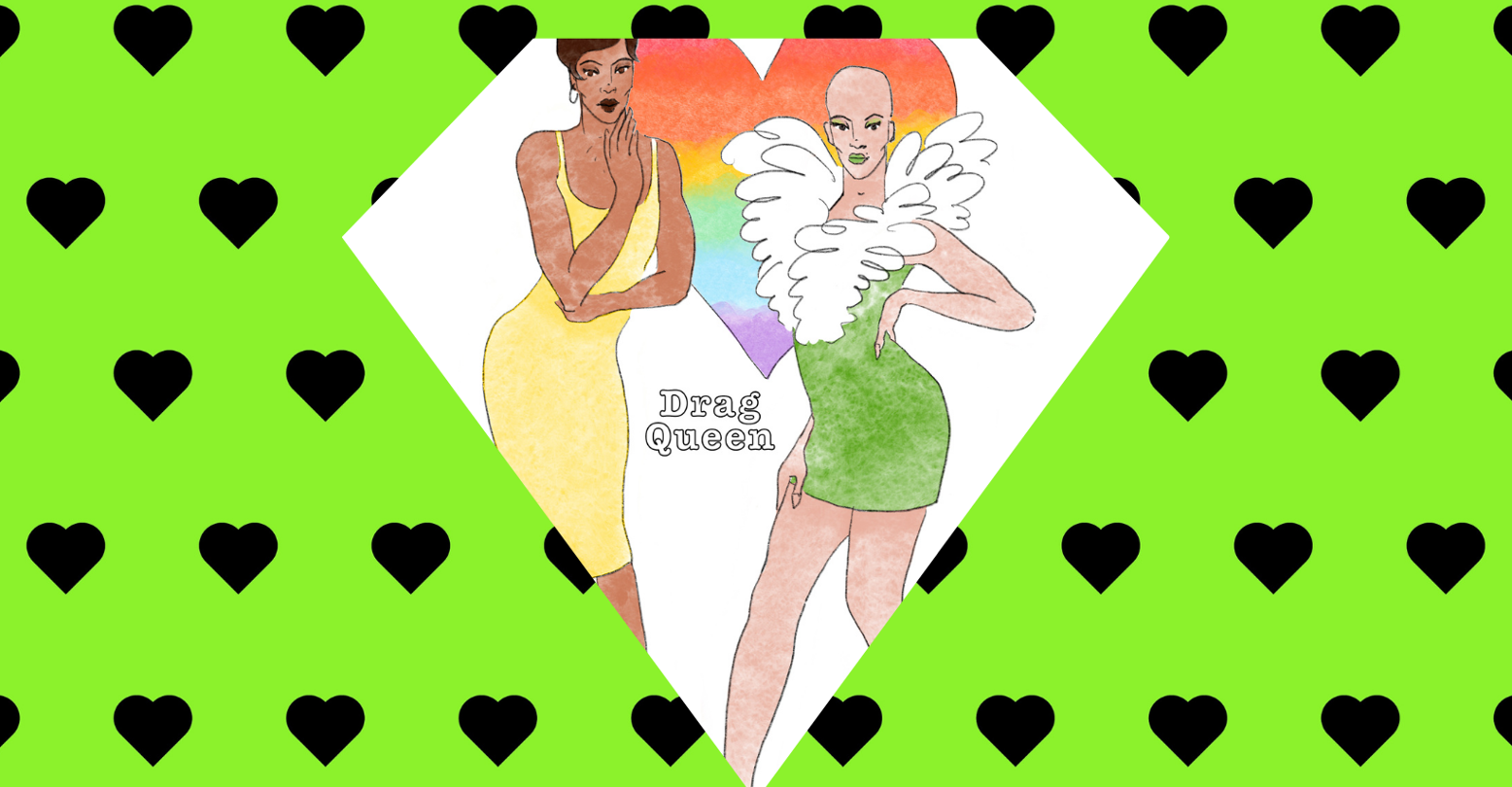 “I have come to believe over and over again that what is most important to me must be spoken, made verbal and shared, even at the risk of having it bruised or misunderstood.” – Audre Lorde

The infamous Issa Rae quote “I’m rooting for everybody Black” is so true for me when it comes to “RuPaul’s Drag Race.” The Black drag artists just do it for me, every time. “Drag Race” has provided us with a talented range of queens who each bring a unique style and approach to the art of drag. But one thing I’ve noticed—and that I immensely appreciate—are the Black cultural references and traditions infused in the drag of the Black queens on the show.

This became most apparent in season 13 with House of Avalon member – and season 13 winner — Symone. She routinely cited popular moments, people, and characters throughout Black American culture, such as her dress made from Senegalese hair twists, a recreation of RuPaul’s “Back To My Roots” hairstyle, Halle Berry from BAPS, and, my personal favorite, the floor-length durag.

While much of the discourse surrounding Symone’s looks were gushing and congratulatory, Symone was also criticized for being too referential. By fans and other Drag Race alums, she was shaded for being unoriginal and relying too much on what has happened and not enough on who she really is as a drag artist. But, for me, Symone is engaging in a practice that is rather radical: citation.

Citations are usually referred to in academic spaces. It’s primarily an ethical practice that gives credit to the work, words, ideas, and/or theories referenced in academic writing. Citations also serve as a tool for readers to further engage with scholarship related to what they’re currently reading/studying. Citations do not only happen, nor are they only necessary, in solely academic spaces. A huge part of what happens on Drag Race is crediting and referencing people, moments, eras, and events in queer history (although these tellings are limited and told from a specific lens) to entertain and educate its audience.

For me, Symone is engaging in a practice that is rather radical: citation.

By way of RuPaul’s Drag Race, drag has become more commercial and “mainstream”. And with that mainstream attention, the norms, sensibilities, and biases of the dominant culture follow, and those are racialized, gendered, classed, etc. The politics of the dominant culture are ever-present on “Drag Race” and among its fandom. It is something that has been endlessly critiqued about the show. Plenty of articles have been written and podcasts have been produced of the problematic nature of “Drag Race”: Particularly, how some of the Black queens are treated by the show’s production and the fandom.

But when we dig deeper, it is largely a question of cultural belonging. Who gets to participate and to what extent? And how said participation is assessed, judged, and received. In a blog post titled “Making Feminist Points,” writer feministkilljoy pens,” These citational structures can form what we call disciplines.” The citational structure of Drag Race too regularly draws from the dominant culture and has created a discipline of whiteness where the Black queens and their histories are pushed to the periphery or go untold.

Drag artists, like Symone, are so important for remembering and reproducing elements of Black culture to educate and celebrate. In an interview with Allure, she says, “This is a moment for me to reference, to teach, but also have fun and show the beauty that is who we are.” This is why citations, especially in the world of Drag Race, are so important. They serve as a way “of reproducing the world around certain bodies” as feministkilljoy puts it.

The citational structure of “Drag Race” too regularly draws from the dominant culture and has created a discipline of whiteness where the Black queens and their histories are pushed to the periphery or go untold.

Symone isn’t the only queen from the Drag Race franchise to use drag to celebrate and honor Blackness through the practice of citation. All-Stars 5 winner Shea Coulee also participates in this practice. During the AS5 finale, Coulee, wearing a reimagined prom dress inspired by her mother’s prom dress stated that her drag is a “love letter to Black women ” and that is reflected in her hair and costume styles, many of them originating in and popularly identified with Black communities.

During Drag Race All Stars 3 Snatch Game, Aja masterfully portrays Crystal LaBeija who founded the legendary House of LaBeija in the last 70s. Crystal LaBeija is largely responsible for the contemporary ballroom and parts of drag culture that we are accustomed to today. A history that has not been told or honored on “Drag Race.”

The practice of citational drag by Black queens is inherently political and necessary. However, it is not lost on me that overexposure to our cultures can lead to the commodification and appropriation of it. It is something that Symone has been criticized for – her house and creative patterns all being white. But, Black cultures and Black cultural traditions are necessary to be seen and told for telling full histories. Because, and I say this boldly, without those traditions and cultures, there would be no RuPaul’s Drag Race.♦