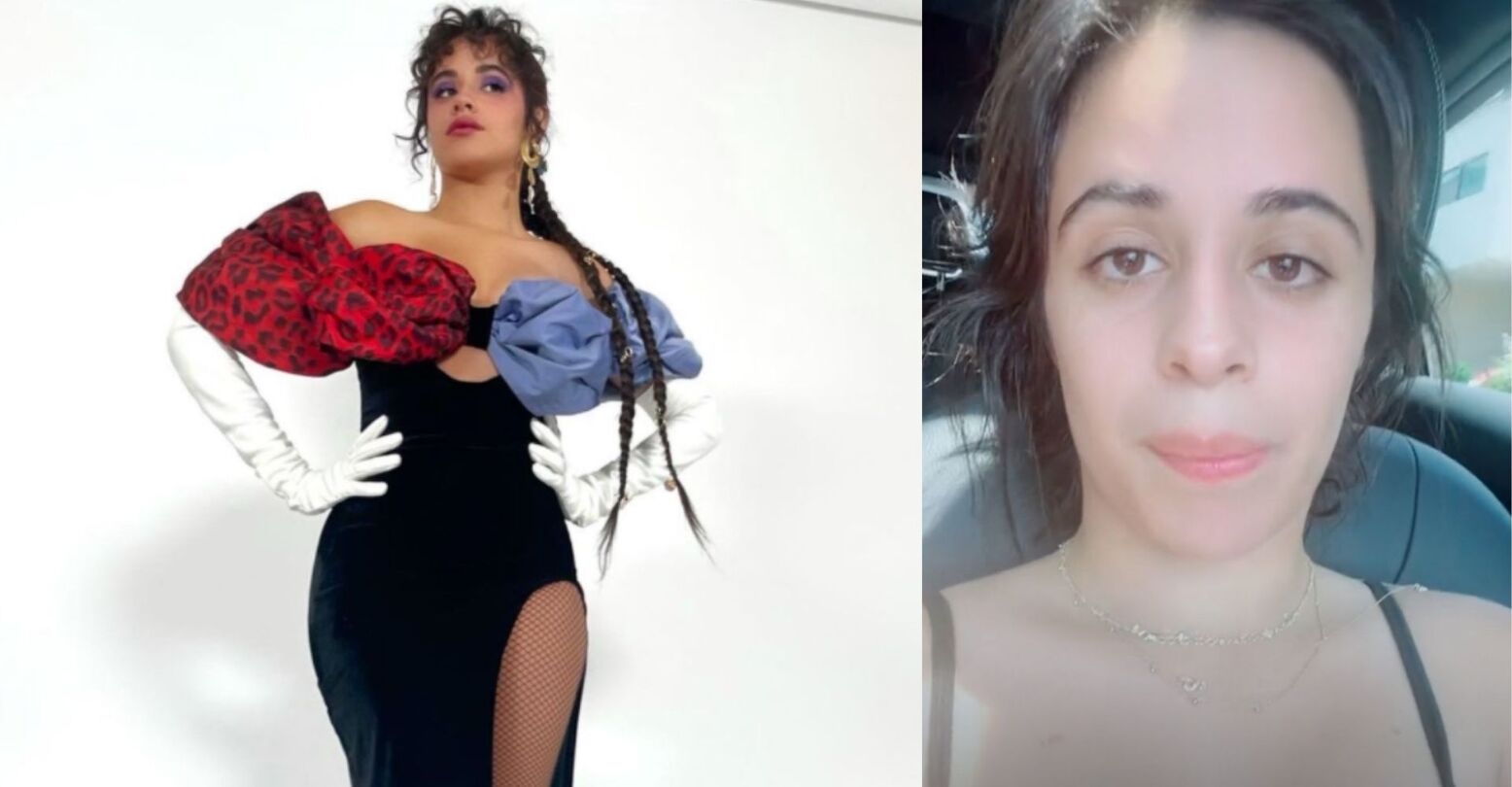 In this culture, if you don’t have a perfectly flat, toned stomach at all times, you’re basically told that you’re trash. You might not hear this messaging out loud, but every time you’re walking down the street minding your own business or driving through town, there are enough body-shaming ads for liposuction, movie billboards that show humans with every imperfection blurred, snipped, or erased, and general propaganda around to make you feel like your body just sucks. and the only thing to do about it is to spend a boatload of money to “fix” it.

Can you tell I live in LA?

Well so does Camila Cabello, and the body-positive doll has some important words for us. Last week, Cabello—who stars in the upcoming Cinderella alongside Billy Porter—took to TikTok to explain that “being at war with your body is so last season.” While driving, Cabello refected on how she almost fell into a pit of self-hatred for wearing a midriff-bearing shirt while daring to have a (GASP!) not completely flat or concave stomach.

i luv my body

PREACH! “I am grateful for this body that lets me do what I need to do,” she said. “We are real women with curves and cellulite and stretch marks and fat.”

I don’t know who else needed to hear that, but I sure did. Fast forward to this Saturday when Cabello performed her new single “Don’t Go Yet” on Fallon. Cabello’s flamenco-inspired single is already the perfect song for the summer, and Cabello’s look here is absolutely flawless, from the two-tone eyeshadow to the showstopping dress that proudly shows off her curves.

This isn’t the first time Cabello has spoken out against fatphobia and bodyshaming in Hollywood. Two years ago in 2019, the “Fifth Harmony” singer shared a moving open letter on Instagram stories that told “girls in an airbrushed world” not to be taken in by the lie of the “perfect body.”

After posters started bodyshaming her in the comments after a 2019 post celebrating two years since the release of “Havana,” Cabello spoke out. “Honestly first thing I felt was super insecure just IMAGINING what these pictures must look like, oh no! My cellulite! Oh no! I didn’t suck in my stomach!” She wrote. “But then I was like… of course there are bad pictures, of course there are bad angles, my body’s not made of fucking rock, or all muscle, for that matter, but the saddest part of young girls growing up in an airbrushed world is they’re seeking a perfection that’s not real.”

Good for you, Camila. We need more honesty around bodies in this world.