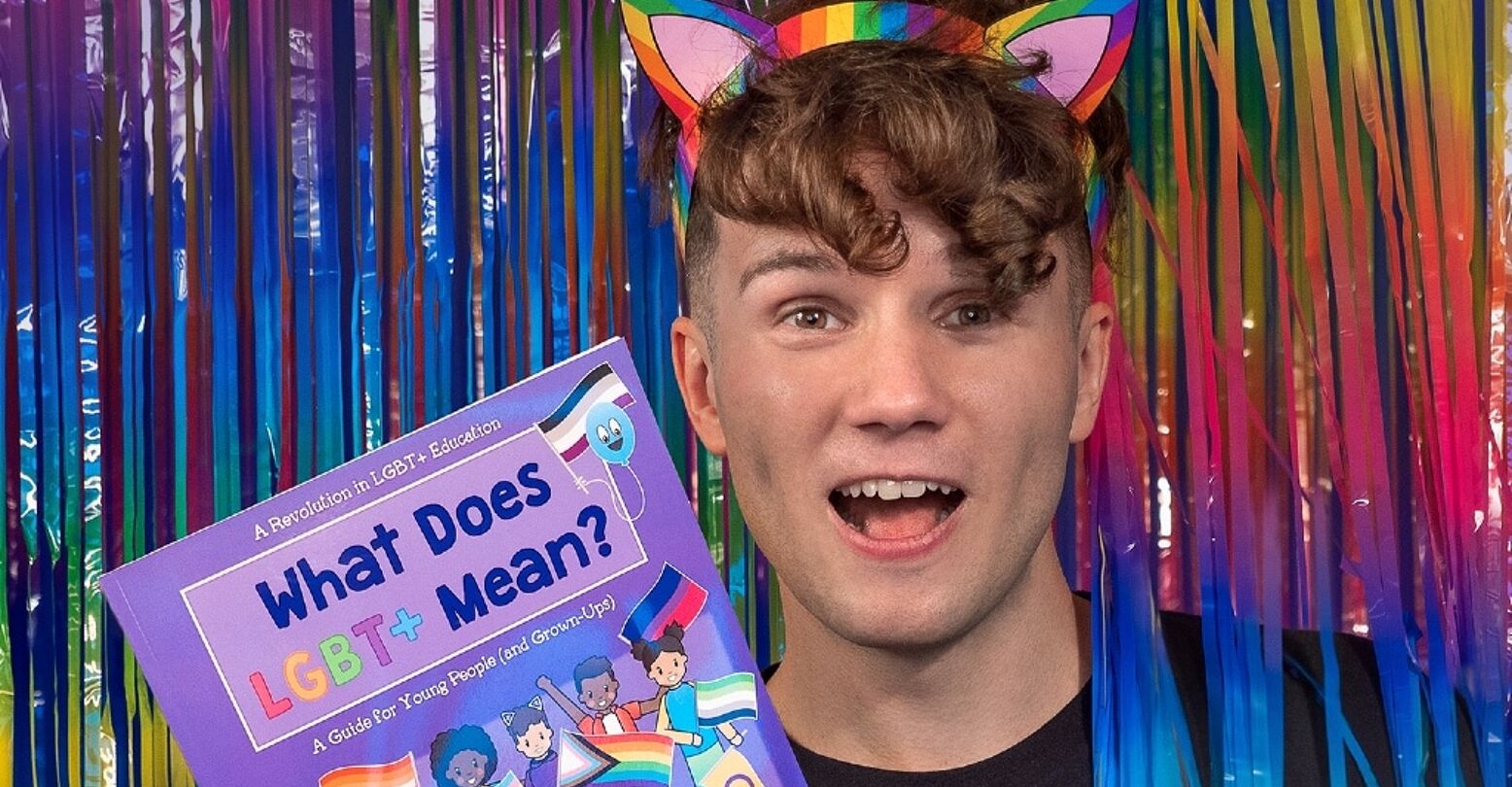 The renowned American Girl publication The Care and Keeping of You has been passed down from mothers to daughters for nearly twenty years. Practically a 90s kid’s family heirloom, the illustrated novel on puberty meant one thing: your body is changing permanently, and there’s nothing you can do about it.

At least, that’s what the text meant to a kid like myself who never remembered asking for boobs and birthing hips. Despite still having a deep gratitude for the impressive medical accuracy of The Care and Keeping For You, I never fully clicked with the iconic American Girl book made “just for girls.”

Thankfully, Pop’n’Olly, a resource for  LGBT+ education equality in the UK, has radically published a new queer-inclusive sex education book covering everything from “identity, gender, love, and sexual orientation,” to “privilege, pride, discrimination, allyship and more.” Titled What Does LGBT+ Mean – A Guide for Young People (and Grown-Ups), the 40-page “introductory guide” was created to show teachers how to inclusively address diverse classes with the identities of LGBT+ students in mind.

Pop’n’Olly director Olly Pike wrote the guide alongside veteran primary school teacher Mel Lane and her son James Canning with that goal in mind: to invite inclusivity into the classroom. Pike tells Pink News, “The reason we wrote this book is that there isn’t a book that exists like this.”

More than a textbook to be read by a teacher, What Does LGBT+ Mean was created to directly engage its young audience, because a proper education prevents students from picking up homophobia as a learned behavior. The director quickly lays out the facts of the new novel’s educational purpose: “We know that LGBT+ bullying is the most common form of bullying found in UK schools. We know that LGBT+ young people are far more likely to self-harm and even attempt to take their own life, which is incredibly tragic,” he tells Pink News, “But the other thing we do know is that prejudice is learned, and I think this is about undoing LGBT+ prejudice before it can begin to form.”

Using Lane’s longtime teaching experience, Canning’s queer perspective, and Pike’s platform, the trio deliberately constructs the text of What Does LGBT+ Mean to encourage conversation and inquiry. Quite literally filled with questions instead of statements, Lane affirms the curious nature of the text is a tool to “get the children talking.” The dialogue is then grounded logically with what the three authors refer to as “clear” and “accessible” textual explanations.

Whether students are being read to as a class or diving in independently, the carefully crafted text is set to provide them with the kind of queer representation that the authors conclude is, “appropriate for people with lived experiences.” Meaning the book makes sure to draw on all avenues of life found in the LGBT+ community, including trans and intersex identities, for a more comprehensively accurate portrayal of queer folks.

Easily understood by hip students and not-so-hip teachers alike, the casually comfortable tone of What Does LGBT+ Mean introduces students to the queer spectrum of identity and gender in a way that is cozily reminiscent of American Girl’s The Care and Keeping of You. The book itself, much like the American Girl guide, is informational enough to be read in class but still paired with illustrations that entertain and intrigue the audience into reading for fun.

Tags: American Girl, Books, education, kids, The Care and Keeping of You, What does LGBT+ mean
Read More