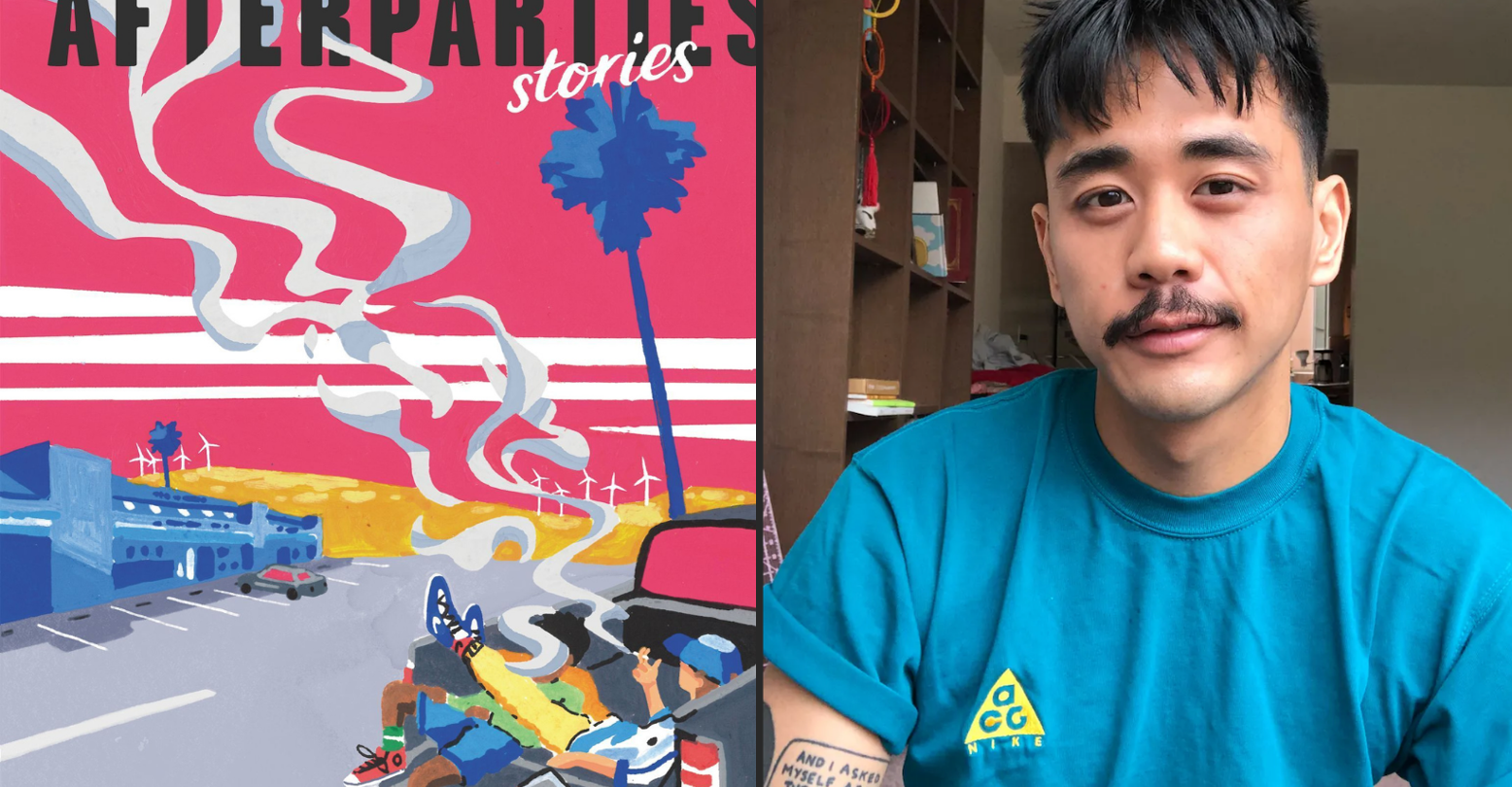 An afterparty is an already failed attempt to keep a festivity going, to find second and third winds that will allow a night to alter its course and stay alive. There’s a post-twilight melancholia but also, a starlit solace in knowing that the party could never and was never meant to live up to its predecessor. The title of Anthony Veasna So’s short story collection, Afterparties skids across all these textures, winking as it makes fun of embarrassing uncles and inherited trauma in the same paragraph because for refugees ~in the diaspora~, both are happening at the same time.

The late queer Cambodian writer’s stories celebrate life with a depressive tone, a (particularly gay) malaise laced with affection felt by his narrators toward their families as well as that “asshole of California” where they grew up. For his Khmer characters, class mobility is either a myth or a disappointing dream semi-realized. Working in car shops and grocery stores, the characters contemplate their downward mobility and the disheartening ripples it sends across their community.

In “The Shop,” the gay narrator was meant to go to college and bring home the dollars. Instead, he returns home with an easier computer science degree and no job. He helps out at his dad’s slowly failing auto shop. Throughout the collection, So laments how being queer is often conflated with class ascension and going to college, in that both often mean leaving one’s family behind. It’s hard to leave today’s university system without acquiring a vocabulary to discuss queer identity. But the way this lexicon is twinged with intellectual elitism, as So’s stories suggest, seems beside the point.

So’s stories celebrate life with a depressive tone, a (particularly gay) malaise laced with affection felt by his narrators toward their families as well as that “asshole of California” where they grew up.

However one talks about it, once it’s made known, the fact of one’s difference is inescapable and the alienation hurts. As the narrator of “Maly, Maly, Maly” concedes, “[it’s] all very clichéd, in that gay sob story kind of way, but I can’t explain it any better than that. They are my immigrant parents.”

In “Human Development,” these clichés are compressed inside of a luxury San Francisco apartment, where the narrator Anthony stumbles into an accidental situationship with another Khmer man, both gay and college grads. But while Anthony is a recent grad on a teacher’s salary, Ben is a little older and has the wealth required to keep that apartment. Ben’s wants to create a dating-like app where people with like identities can find each other and hold “safe space.”

As Anthony finds himself (he doesn’t claim much agency around this development,) nearly living at Ben’s place, he grapples with the comfort and the nausea of dating another Cambodian man who has such a dissonant outlook on what life could offer him. And yet, Anthony reflects, “in ways both tender and ugly, Ben allowed me, for once, to feel good about myself.” Ben fetishizes their likeness with sincerity; Anthony’s response to Ben alternates between cold disdain and acerbic derision. Of course, everyone has different trauma responses.

And there’s a variety of them to be found in Afterparties. Intergenerational trauma is crammed both within pieces and sprawled across stories near the bookends of the collection. The baby niece in an early story appears as an adult nurse in a later story; the matriarch of the family ages accordingly. In the latter, “Somaly Serey, Serey Somaly,” the thrum of four generations of family drama and trauma have grown fuzzy in my brain but as old resentments are rearticulated, the contours take shape again. The way the sequencing of a collection makes me care even if I don’t want to!

The lonely person wandering, disoriented, and defamiliarized in the diaspora? We like this trend, this archetype!

Afterparties’ concern with people lost and somehow returning again underscores how ghosts of the diaspora aren’t just specters conjured by the violence of genocide but also by displacement too far-flung. Different people from different lives reappearing in new places reminded me of David Hoon Kim’s Paris is a Party, Paris is a Ghost, also out August 3. The lonely person wandering, disoriented, and defamiliarized in the diaspora? We like this trend, this archetype!

Through all the heavy emotional and intellectual lifting that the breadth of these stories does, So’s narrators resist taking any of it too seriously or over-signifying facets of Khmer identity. Of course, in the diaspora, certain clichés come to be because parents cling and insist on what qualities belong to them, make them who they are as the empire’s assimilationist forces chip away. In the aftermath of war, stability is the falsely-promised incentive. In jabbing at these notions of Khmer-ness, So’s stories both resist this cultural attrition and resist the necessity of their own meaning-making at all.

Read Afterparties instead for the verve and unevenness in the plotting and archly high stakes—see plays on other archetypes and a self-contained recon mission during the afterparty of a wedding in “We Would’ve Been Princes!” Not that So doesn’t have his own recurring motifs: The cis-male love interests generally have generically hot bodies. Children appear as vessels for fervent and/or latent trauma, but also do the cutest things. Family members make fun of each other but the jokes written here never feel too mean. Maybe this is what it’s like not being the butt of the joke, but being in on it.

So’s writing is beautiful, biting, and tender, but So’s characters continuously resist the pretensions of education and language. Considering an earnestly proposed escape from his downtrodden life, a narrator muses, “It was such a heartfelt idea, to think an arrangement like that, the stuff of farce, could actually bridge worlds.

Anthony Veasna So died in December of 2020, of an overdose. In the press, his story is treated with a mix of adulation, pity, and yearning for what might have been had he survived to see the release of Afterparties and two other forthcoming books.

I don’t want to make this reading about myself. I don’t want to poeticize his tragic death vis-à-vis this strange, impossible exercise I’ve been tasked with, even though the act of this writing speaks so keenly to Afterparties’ concluding story. In “Generational Differences,” deaths unexpectedly recalled nearly overwhelm the story’s narrator senseless, unable to hear her son calling for her attention. That the grief I feel is only vicarious feels too on the nose to even fathom writing. Not knowing the grief that moved him to pen these stories, I can only say that I’m glad he wrote into that sticky, dispossessed grief that’s spilled everywhere, morphing into so many afterlives.♦