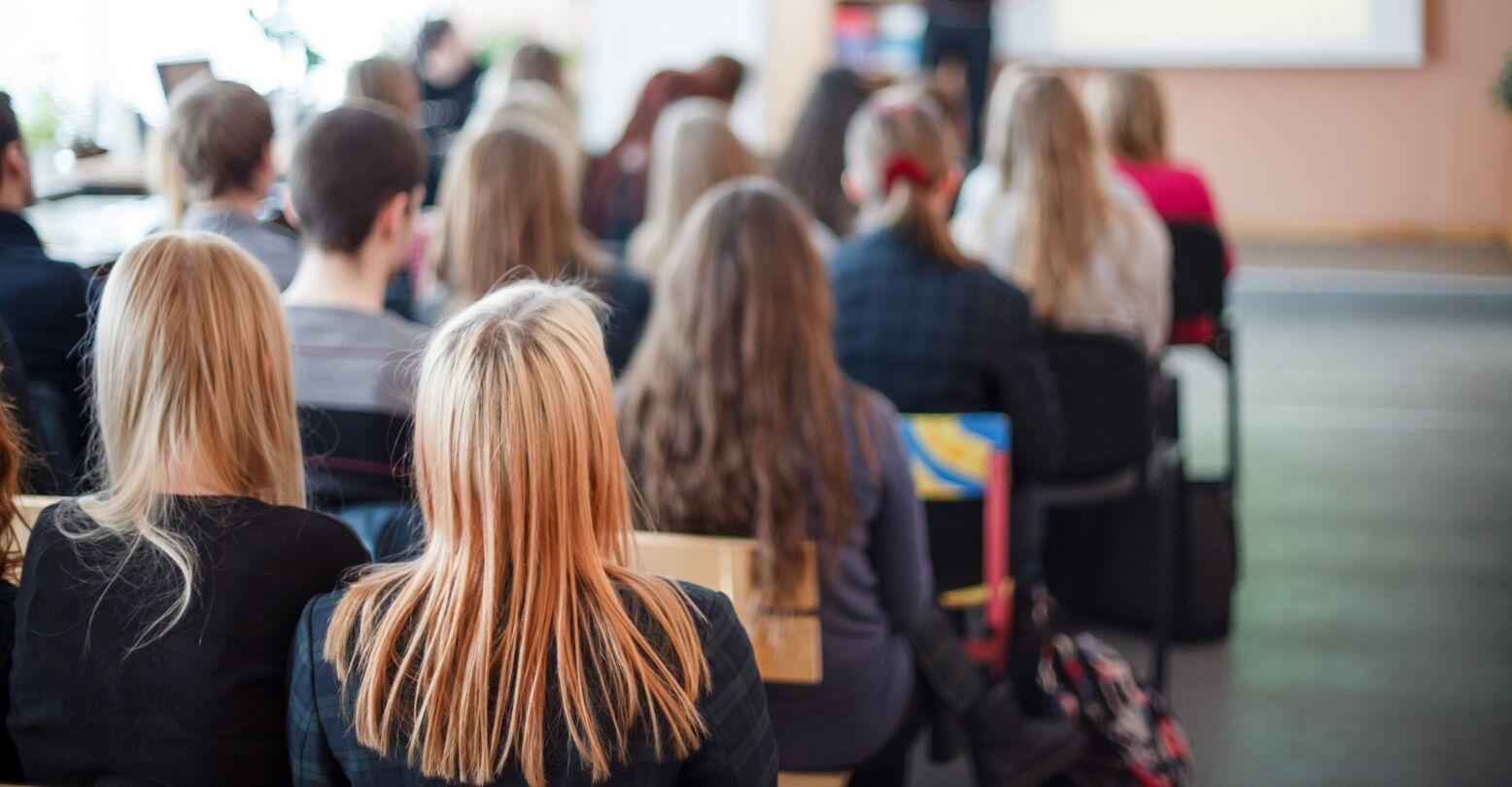 Move over, Liberty, Prager, and Trump Universities. A new conservative campus is here. (In Texas, of course.)

This morning, a group of writers, scholars, and “free thinkers” revealed they have come together to do the unthinkable: create a space just for them. Only now, they are hoping to make that space an accredited, brick-and-mortar political and entrepreneurial studies college. Why? Well, because other schools aren’t as receptive to gender-critical theories as they used to be, for starters.

We wish we were joking, but they’re serious, and to prove it, they’ve spent months already building what every college needs to function: A dean’s office and a Twitter account. They’ve got a name for it too: the University of Austin, abbreviated as UATX. (The University of Texas at Austin, known as the home of the Texas Longhorns, will at the very least certainly get amusement out of this.)

A new university dedicated to the pursuit of truth. pic.twitter.com/8mQRFPK53B

We got sick of complaining about how broken higher education is. So we decided to do something about it.
Announcing a new university dedicated to the fearless pursuit of truth: @uaustinorg:https://t.co/ZqRLXcF2n0

We like Eoin Higgins’ description of the school, “Prager U for the upscale bigot set,” best, but we’ll respect their chosen name instead.

He then introduces some of the “small” group of “those concerned about the state of higher education,” as in those that feel the college experience is too woke, that will take part in building the institution: Andrew Sullivan, Heather Heying, Joe Lonsdale, Steven Pinker, Niall Ferguson, and Weiss herself. (The school’s website details several other individuals, most of whom are involved on a presumably minor basis.)

In addition, “brave professors” Kathleen Stock, Dorian Abbot and Peter Boghossian, all of whom quit their jobs or had a career opportunity rescinded because of their opposition to diversity (ironically) or the existence of trans people, are part of the school already.

While some of these names may be unfamiliar to you (and be grateful), the people in this self-described “diverse” group have very checkered pasts trafficking in either bigotry, harassment, or abuse.

In the letter, Kanelos makes the case for why they believe the school is needed, and the reason he gives right out the gate are trans people, or their inability to hate them openly at work and receive praise for it. “The numbers tell the story as well as any anecdote you’ve read in the headlines or heard within your own circles,” he claims, apparently unaware of the concept of confirmation bias.

Kanelos cites a study from the Center for the Study of Partisanship and Ideology supposedly finding that “Nearly a quarter of American academics in the social sciences or humanities endorse ousting a colleague for having a wrong opinion about hot-button issues such as immigration or gender differences,” although that’s not exactly what’s said in the report cited.

“Over a third of conservative academics and Ph.D. students say they had been threatened with disciplinary action for their views. Four out of five American Ph.D. students are willing to discriminate against right-leaning scholars,” he further claims.

Essentially, the group believes the issue is “At our most prestigious schools, the primary incentive is to function as finishing school for the national and global elite,” so they’re starting a school with a bunch of “university presidents… leading academics… journalists, artists, philanthropists, researchers, and public intellectuals” that are going to instill a “rigorous curriculum” to somehow… counteract that? Look, we’re already losing track.

Kanelos cites the increasing use of student debt and the technology to deliver education as a reason to make their school an in-person institution that promises an uncalculated “low” tuition.

So, they’re building a school “dedicated to the fearless pursuit of truth,” a phrase featured in the letter multiple times that you can expect to hear over and over for the foreseeable future as the school’s motto and social media lede.

The school already has a website and program projection. While they don’t plan to accept undergraduate students until possibly 2024, the unaccredited truth-tellers hope to dole out graduate degrees by as early as the 2022-2023 academic year.

A program they already have planned to open by next summer is the perfectly-named gem “The Forbidden Courses,” which will be just for the censored people of America to gather together and have “a spirited discussion about the most provocative questions that often lead to censorship or self-censorship.”

And for those of you inevitably asking, “why Austin, Texas?” Well, they have already explained: geniuses like Elon Musk and Joe Rogan like the town, too.

lol this is an actual screenshot of an actual FAQ on the new Bari Weiss university website pic.twitter.com/lD3CoilrZ9

Weiss and company are already giving their “own circles” a round of applause for the remarkable effort.

Many exciting things about this announcement. But best of all is that @peterboghossian, @Ayaan, @Docstockk are founding faculty fellows. This university will welcome witches who refuse to burn: https://t.co/ZqRLXcF2n0

Here's the most hope-giving event in higher ed in years: The launch of Austin U, a new U constructed around the telos of truth. I want my kids to go there. I am proud to be on the advisory boardhttps://t.co/WdKt8Yk6R9 pic.twitter.com/KOsoR2fNRH

Cool to watch Austin become the desired stomping ground for both heterodox public intellectuals AND innovators in the crypto/blockchain space. Lots of new stuff being built 👀 https://t.co/1suYNf4m0x @bariweiss @uaustinorg

It's amazing how many "liberal" people hate Bari Weiss for being a thought leader who sees things through.

Needless to say, those that have learned about the donation-sucking venture that the group is undertaking already have some thoughts about the news.

It wasn’t very positive. Don’t worry, though, this crew already expects “to face significant resistance to this project,” which means you can expect months of Substack posts about it for the coming weeks.

Since Bari Weiss is trending, here's a reminder that she wasn't a victim of"cancel culture,"as she and her minions always claim.She quit her lucrative position as chief contrarian at the NYTimes because the smell of actual free speech was overpowering and made her physically ill.

Note: Bari Weiss got famous for leading an attempt to censor pro-palestinian voices at Columbia and has, to my knowledge, never addressed this issue.

If Bari Weiss didn't exist, someone would have to create her in a lab.

She is RIDICULOUS. I can't stop laughing

While Weiss received most of the mockery, they were far from the only people that left observers mystified, to say the least.

kathleen stock was cancelled, by which I mean she voluntarily resigned from her position, was hailed as a fearless warrior for truth and justice by elite media, and then became a fellow for at least double the salary at bari weiss' new grift university

All classes taught by Andrew Sullivan will be graded on the bell curve.

And just like that, one of the founding “Board of Directors” of the unaccredited University of Austin has already blocked me. But something, something, censorship, freedom, and blah blah blah. pic.twitter.com/RZr2XjMJkm

Finally got around to reading the "University of Austin" faculty list and…I can only hear it in Stefon's voice? This University has EVERYTHING. Larry Summers. Steven Pinker. Bari Weiss. Andrew Sullivan. ::extremely low voice:: David Mamet in a darkened seminar room.

Featured classes at the University of Austin:

Admitting to Domestic Violence in Your Memoir with Thomas Chatterton Williams

Racism Through Pedantry with Andrew Sullivan

the unthinkable: “Why Slavery is Best for the Palestinians” by Bari Weiss

the unmentionable: “Fifteen Dollars per Hour is More Than You Will Ever Deserve” by Larry Summers

the unchallengeable: “Time to Abolish Age of Consent Laws” by Steven Pinker

But really, the whole idea of starting up an entirely new institution, solely due to issues faced by a select few while they were at the pinnacle of their industries, and then anchoring it to a town none of them originate from or even lived in (other than Kanelos, who wrote in the letter that he quietly “moved three months ago” and hasn’t even set up his new office.)

lmao someone in an office park in San Ramon, California has owned the trademark for University of Austin since 2012 pic.twitter.com/CZFNkxv0wu

Another unaccredited “university” peddling degrees and certificates to nowhere, while contributing to the ballooning student loan debt crisis in this country. https://t.co/Nzg8Aw2Uv9

Nothing says the "fearless pursuit of truth" like a bunch of pay-for-credential 12-month (LMAO) professional Masters' programs and a $0 research enterprise LOL.https://t.co/mcsZRq3OT4 https://t.co/xlbRNRC3Oj

A sharp-eyed reader notes to me that they are claiming to be seeking accreditation from the Higher Learning Commission, a regional accreditor that . . . doesn't operate in Texas. (Texas universities are accredited by SACSCOC.) pic.twitter.com/If1WNOipeH

Needless to say, some of the “woke”-and-generally-sensical brigade pointed out some semi-serious issues with the proposed school.

There are also two board members—Larry Summers and Steven Pinker—whose association with deceased pedophile Jeffrey Epstein should set off warning bells for any young coeds interested in attending the “school”. https://t.co/JXdL0mP4P0

The Correspondent started it but this whole thing of listing people who are “on board” with your new publication/whatever who are at most advisors is so corny.

Are Larry Summers and Steven Pinker resigning their tenured positions at Harvard? No? Then what are we talking about?

Even some of the locals aren’t fans of it.

Thank you for confirming that this is unaccredited, no campus, no degrees, run out of one of those houses-turned-offices that lawyers love on Rio Grande. pic.twitter.com/Sx9oOHaj7r

Their address is literally a lawyer's office lol

They're not seeking it with the body that normally accredits universities in Texas though. I wonder why not?

Still, amidst all the criticisms, it does say something not-very-cool that being more anti-trans is this much of a core tenet to these admired, influential figures that they’re starting an entire new institution just to foster and reproduce it.

Worse of all, the “school” wanted people to post about them on social media, as they encouraged readers to do on their website. As most conservative ventures and general grifts work, they know more money comes when you have more people talking about it, negatively or otherwise.

“It’s a familiar playbook: drum up fake controversy, get funding from far-right billionaires, court social media anger, rinse and repeat,” Higgins wrote in his Substack post about this “NFT of universities.” 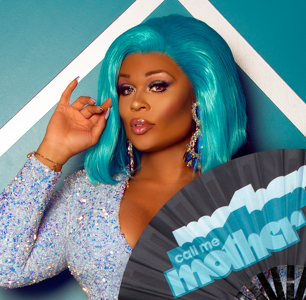 The INTO Interview
Q&A: Peppermint Says It’s “About Time” For Inclusive Drag on TV
BY Jude Cramer