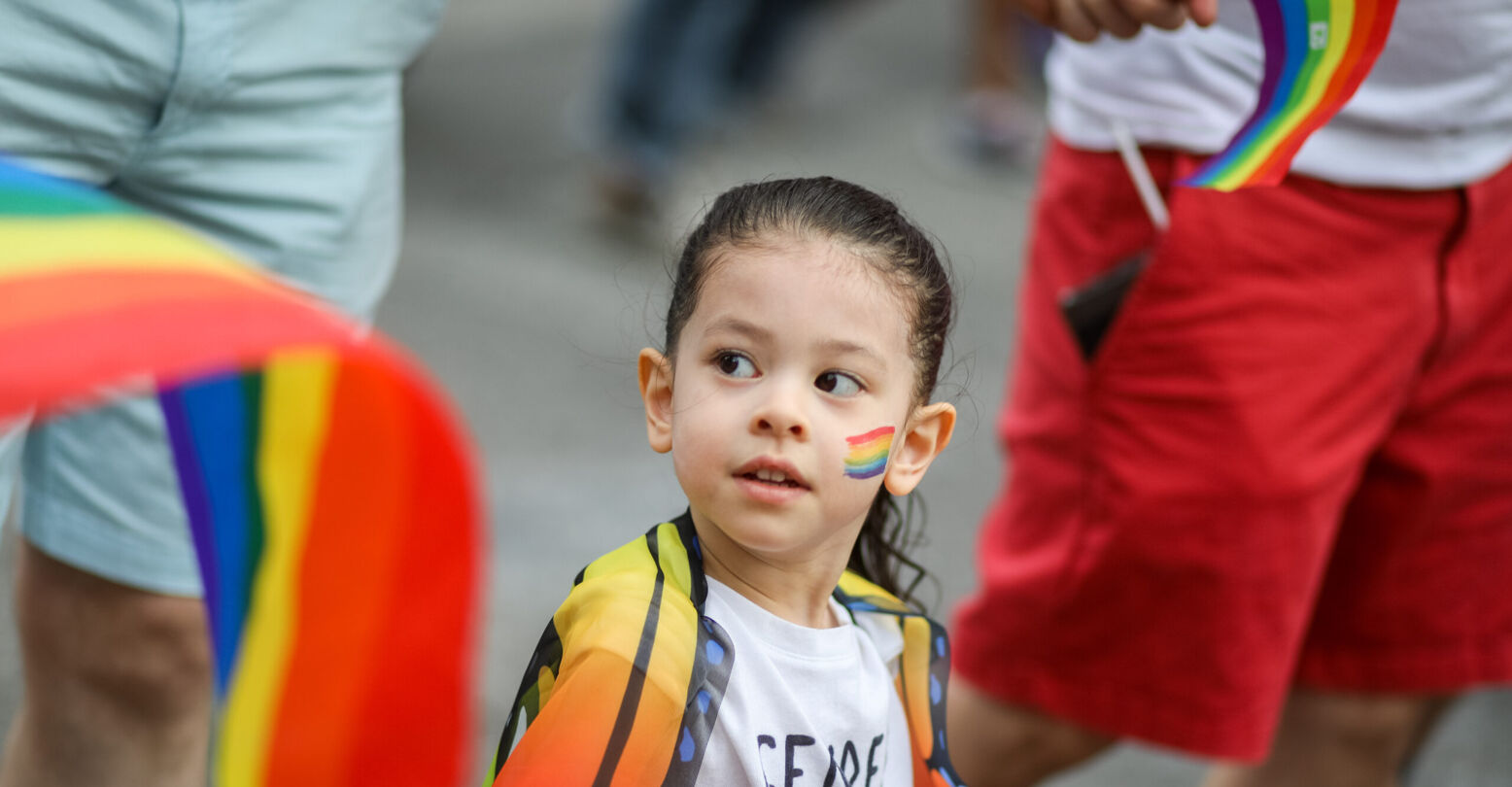 Two days ago, Texas’s war on trans kids and their supportive families launched a new offensive per a legal opinion by Attorney General Ken Paxton. In the opinion, Paxton referred to gender-affirming care for trans children as constituting “child abuse.” It’s not the first opinion of this kind, and several bills across the country are currently revving up to do the same, relegating trans children and their parents as effectively enemies of the state. The new executive order won’t just force trans kids and their supportive parents to risk legal action while seeking out care: it encourages cis Texans to “out” supportive families. This means that trans kids could be taken away from loving homes, forced into foster systems, and made to detransition.

While the opinion is just that—an opinion—Texas governor Greg Abbott posted on his personal Twitter account that he planned to enforce the opinion via child protective services.

This isn’t just a horrific attack on these children and their families: it’s genocide. In the words of Harvard Law School Clinical Instructor Alejandra Caraballo: “Under the convention against genocide signed by the UN…one of the elements of genocide is the forceful removal of children from one group to another specifically to eliminate the characteristics that make them a unified and immutable group.”

Last year, Texas Lieutenant Governor Dan Patrick tried to pass a bill banning access to trans healthcare in the state, which thankfully failed. However, Republicans are pushing even harder in 2022 to make sure that trans kids and the families that support them have no protection in the state.

Needless to say, trans folks across the country are not dealing well with this news, especially in light of the fact that the nation’s most widely-read mainstream news sources, such as the New York Times, The Los Angeles Times, and the Wall Street Journal, have failed to report on the issue. Outlets that have reported on it have decided to make the story about the celebrities speaking out against the actions in Texas, rather than the communities and families affected. To add insult to injury, President Biden and the Justice Department have likewise stayed silent.

really? what are you doing for trans kids and their families in texas? https://t.co/inW1rJzGBt

Not that it’s even slightly a surprise. For centuries, queer and trans folks have had to make their own justice. And as a result, we are exhausted. But we keep going, because we have to.

If you’re looking to help trans kids and their families in Texas and don’t know how, I’m going to create a thread of orgs you can donate to.

What’s happening in Texas doesn’t begin or end in Texas, but that state has become a battleground–along with Florida–for trans and queer rights during the Trump era.

If you are a teacher, doctor, nurse, school counselor, or anyone else working with children in Texas, you need to be willing to break the law in order to protect trans kids. You must choose your values & respect for trans body autonomy over being governable & obeying unjust laws.

Please give an awareness boost to this, because it’s related to what’s going on in TX, it’s pretty egregious, and it’s exactly how trans rights ended up under attack in the first place.

So what can we do about it? Donate. Get loud. Hold publications accountable. Check in with the trans folks in your life who are fighting hard to give trans a fighting chance without having to hide their identity or move away from their home.

Hey if you’re cis and wondering what you can do about Texas, but you don’t have money to donate, you don’t have an avenue for political action, and you’ve boosted all the stories you can:

Just check in with some trans people in your lives. We need to know we’re not alone.

While fighting for trans kids in Texas, we also can’t forget about kids in South Dakota, Alabama, Kentucky, and other states actively looking to limit the rights of trans kids and their families.

I hope we don’t lose the momentum to fight for trans kids in Texas and beyond. Alabama and Idaho are quickly moving bills that would criminalize health care for trans youth and put them and their families in a precarious position. Please help us fight these.

This is a time for civil (and even not-so-civil) disobedience.

District Attorneys in five of the largest Texas counties say they will refuse to comply with Abbott’s order to prosecute the parents of trans kids.

“We want to ensure our residents with transgender children that they are safe to continue seeking the care their children need.” pic.twitter.com/5Yi12m7zGQ

We have to protect the next generation at all costs. That’s what our elders did for us, and it’s our responsibility to pay it forward.