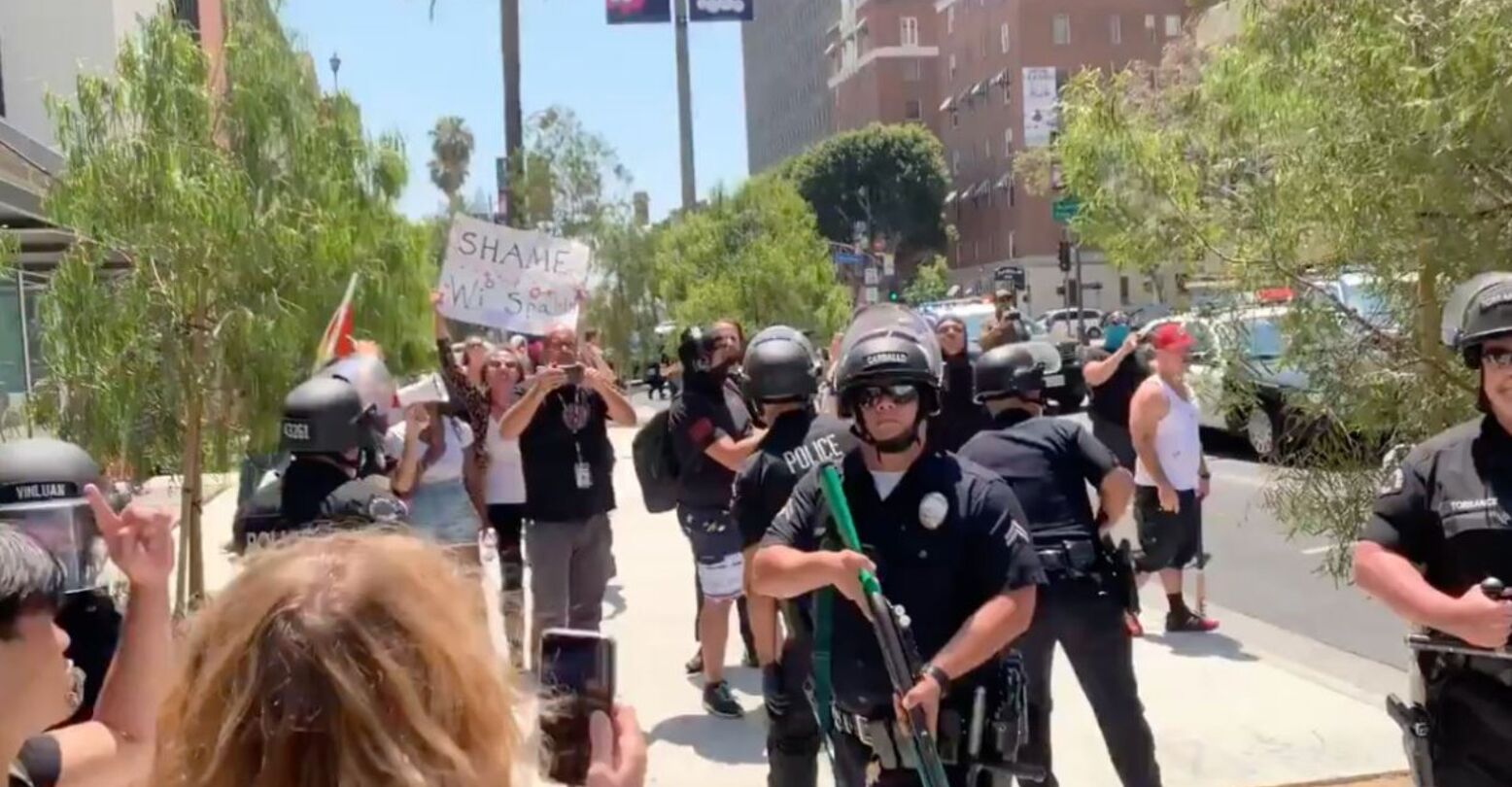 Protesters and counterprotesters got physical when a demonstration for transgender rights turned violent in LA this Saturday.

The protest took place at Wi Spa USA, where about a week ago, video surfaced of a customer complaining about a transgender woman getting naked around other women. You can see the video here — fair warning, the transphobia in the video and in the comment section is hard to stomach. Spa workers supported the trans woman and said they cannot legally discriminate against her.

The protest was declared an unlawful gathering by the Los Angeles Police Department. Those in favor of transgender rights greatly outnumbered far-right counterprotesters, but that didn’t stop the two groups from clashing. Video from the protest shows demonstrators shouting at each other and, in a few instances, physically assaulting one another.

Some protesters were apparently QAnon supporters, wearing shirts with the term “Pedowood,” a conspiracy theory about a group of Satanist child abusers in positions of power in government, entertainment and the media. Their chants included, “Save our children,” another phrase associated with QAnon.

“Like many other metropolitan areas, Los Angeles contains a transgender population, some of whom enjoy visiting a spa,” Wi Spa USA told Los Angeles magazine. “Wi Spa strives to meet the needs of all its customers.”

Peter F. Jazayeri, a lawyer representing the spa, said in a statement that the business is abiding by California law in allowing trans people to use its facilities.