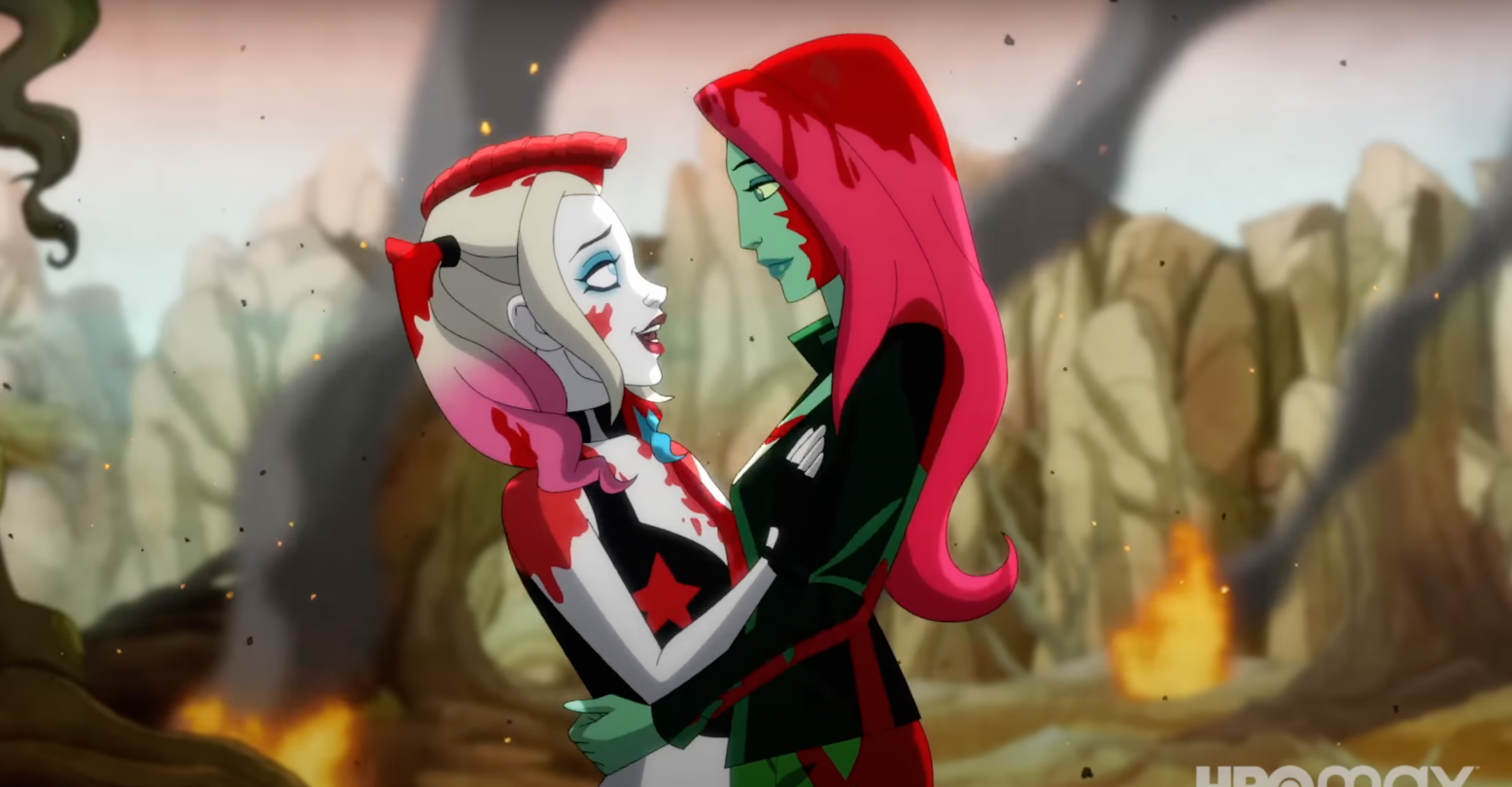 Your favorite lovable, chaotic supervillain is coming back to HBO Max this summer. Harley Quinn season 3 returns to the streaming service on July 28, 2022 and this season will be queerer than ever.

Amidst all of the chaos that Season 2 offered, it ended with Harley Quinn (Kaley Cuoco) and Poison Ivy (Lake Bell) declaring their love for each other and venturing on a “Eat. Bang! Kill.” tour (#Harlivy). Now, fresh off their whirlwind adventure, the supervillain power couple returns to Gotham, join up with their makeshift crew of King Shark (Ron Funches), Frank the Plant (J.B. Smoove), and Clayface (Alan Tudyk), and bring back the mayhem to their old stomping grounds.

When Harley Quinn first premiered it was lauded for its stellar voice acting, strong storyline, and for bringing back all of the elements that made viewers fall in love with DC’s latest iteration of Harley Quinn. It was equally lauded for its LGBTQ representation, found within multiple characters of the show, and the development of its queer characters.

Following the second season of the show, a six-part comic series was released to continue Harley and Poison Ivy’s story. Now, with a new season, your new favorite supervillain couple is back to run the streets of Gotham once again. And there’s plenty of excitement from fans about this.