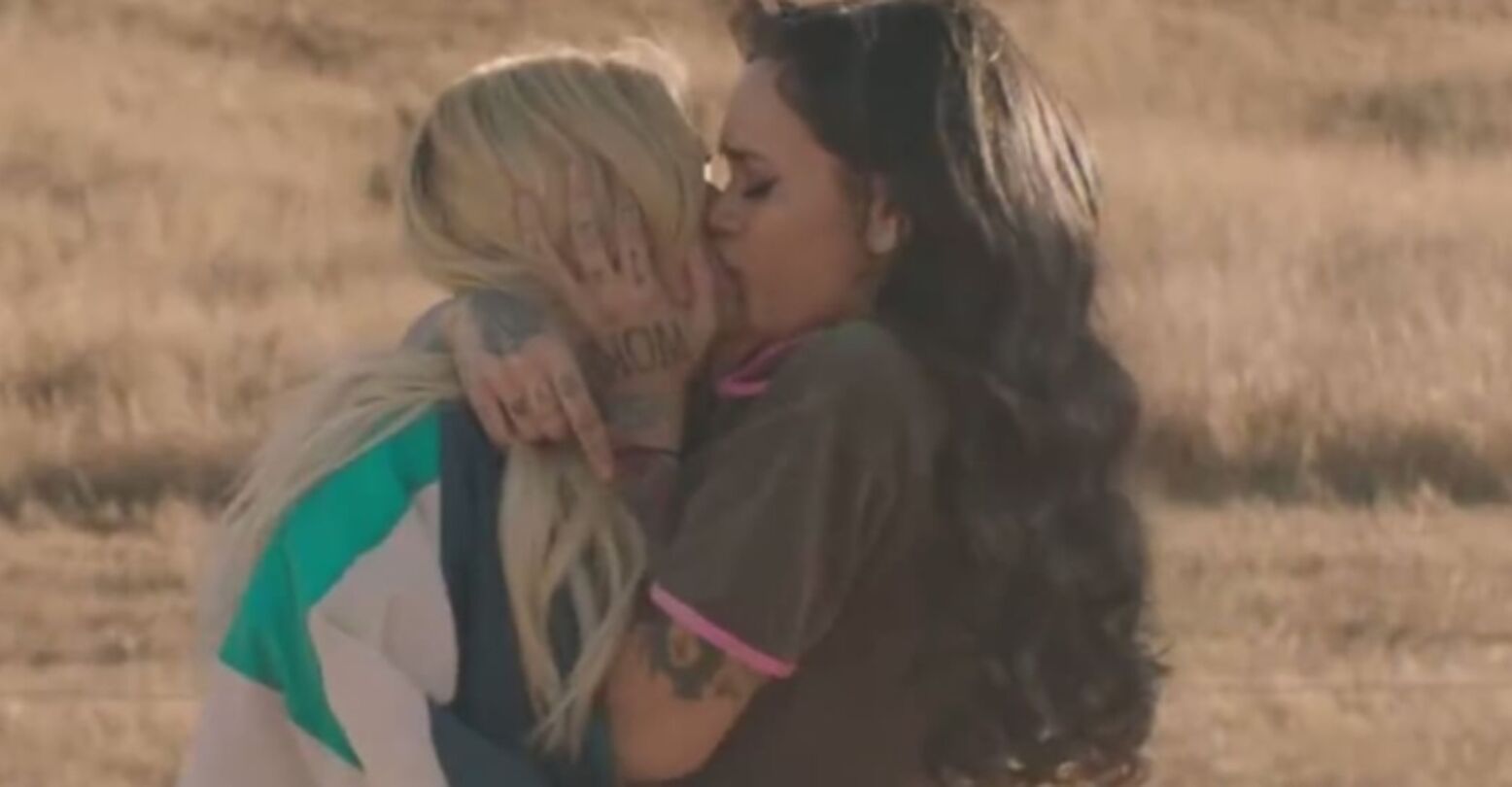 It’s no exaggeration to say that a kiss can change the world. Just this one tiny act of affection can make a real lasting impact, whether it’s by cementing the love shared between two people or celebrating the strides made by the LGBTQ community as a whole.

In the year of 20GayTeen, more queer people openly expressed their love for each other than ever before, so pucker up and join us as we take a look at 10 of the most unforgettable kisses shared on our screens and beyond.

While competing at the Winter Olympics earlier this year, skier Gus Kenworthy warmed our hearts when a kiss he shared with his boyfriend, Matthew Wilkas, was unknowingly broadcast to the world on NBC. The openly gay athlete later joked about the incident with reporters, explaining that “I could’ve made out with him had I known.” Even so, “the tiniest kiss in the world” still created huge waves within the world of competitive sports, which is still struggling with homophobia in various forms.

Choni might not be faring particularly well in Season 3, but Riverdale’s most popular couple almost broke the internet when they first got together towards the end of Season 2. After Cheryl was subjected to conversion therapy by the Sisters of Quiet Mercy, Toni decided to break in and rescue her, complete with an all-consuming kiss right in front of the anti-queer PSAs shown in the projection room. Backlit by the movie projector, this beautiful moment inspired a new generation to explore their sexuality without restraint, not to mention some real hardcore fanfiction, too.

The only thing more inspiring than seeing a gay lead character star in a Hollywood teen movie is hearing Keiynan Lonsdale talk about it while accepting the Best Kiss Award from MTV for his work in Love, Simon. During his speech, the sexually fluid actor told audiences that “You can live your dreams and kiss the one that you love, no matter what gender they are. You can live your dreams and believe in magic.” Excuse me while I go play his song “Kiss The Boy” on an infinite loop.

The First Of Many

No matter what advances technology might make, video game kisses are usually awkward at best, unless of course you’re talking about The Last Of Us II. Naughty Dog haven’t even released the sequel to their flagship game yet, but Ellie’s tender gay kiss in the game’s first trailer blew everything else out of the water when it premiered at E3 earlier this year. For perhaps the first time ever, a video game development team successfully created a kiss that felt real and beautifully human, something which becomes even more important when you realize that the two characters in question are both women.

Things heated up at the coldest Macy’s Thanksgiving Day Parade on record when the two lead actresses of a new Broadway musical called The Prom kissed on national TV during their live performance. Seeing the first LGBTQ kiss ever broadcast during the parade is certainly something we could all be thankful for this year.

After Wanuri Kahiu finished directing Rafiki (Friend), she was immediately told that this story of two women falling in love was “against God” and the film was subsequently banned in its native Kenya. Because of this, the first kiss that Kena and Ziki share in the film isn’t just a beautiful artistic statement, but also a powerful act of defiance that reverberated across the world. As long as there are still countries that define homosexuality as a criminal act, scenes like this are still vital and could even help save lives.

John Constantine’s own show only lasted for one season and we don’t want to say that it was canceled because NBC erased his bisexuality… but we’re gonna go ahead and say it anyway. Fortunately, everyone’s favorite chain-smoking occult user was brought back to our screens this year in DC’s Legends of Tomorrow with his sexuality intact.

This came to the fore recently in the midseason finale where Constantine’s kiss with the man he loves literally saved reality, creating a ripple effect which fixed everything that was broken. Sure, John might have been the one who broke reality in the first place, but still, his heart was in the right place and after years of erasure, so were his lips.

It’s tempting to include Kate and Emaline’s kiss from Everything Sucks!, simply because this show is such a beautiful underdog and deserves all of the attention it can get. However, the kiss that matters most in the first and only season of Everything Sucks! is the one that Kate witnesses from afar at the Tori Amos concert. As she watches these two strangers make out in public, the confused young girl suddenly realizes that she doesn’t have to deny who she is anymore. The future that Kate longs for can be a reality for her, too, one day and it all started with these nameless strangers.

It’s easy to forget now, given everything else that has happened since, but way back in the first week of 2018, history was made on the Runaways TV show when Karolina made out with Nico. The scene in question marked the first time that queer Marvel superheroes have ever kissed on screen, hopefully paving the way for some super LGBTQ representation on the big screen too.

What We All Need

It’s only fitting that the woman who first coined the phrase ‘20GayTeen’ would make such a big impact this year with her music video for “What I Need,” which also features fellow queer artist Kehlani. Through Hayley Kiyoko’s self-directed promo, the pair tell a powerful love story that includes a passionate kiss with some strong Thelma & Louise vibes. Seeing a relationship like this represented physically in a chart-friendly music video would have been unthinkable just a few short years ago. That’s the power of 20GayTeen right there.