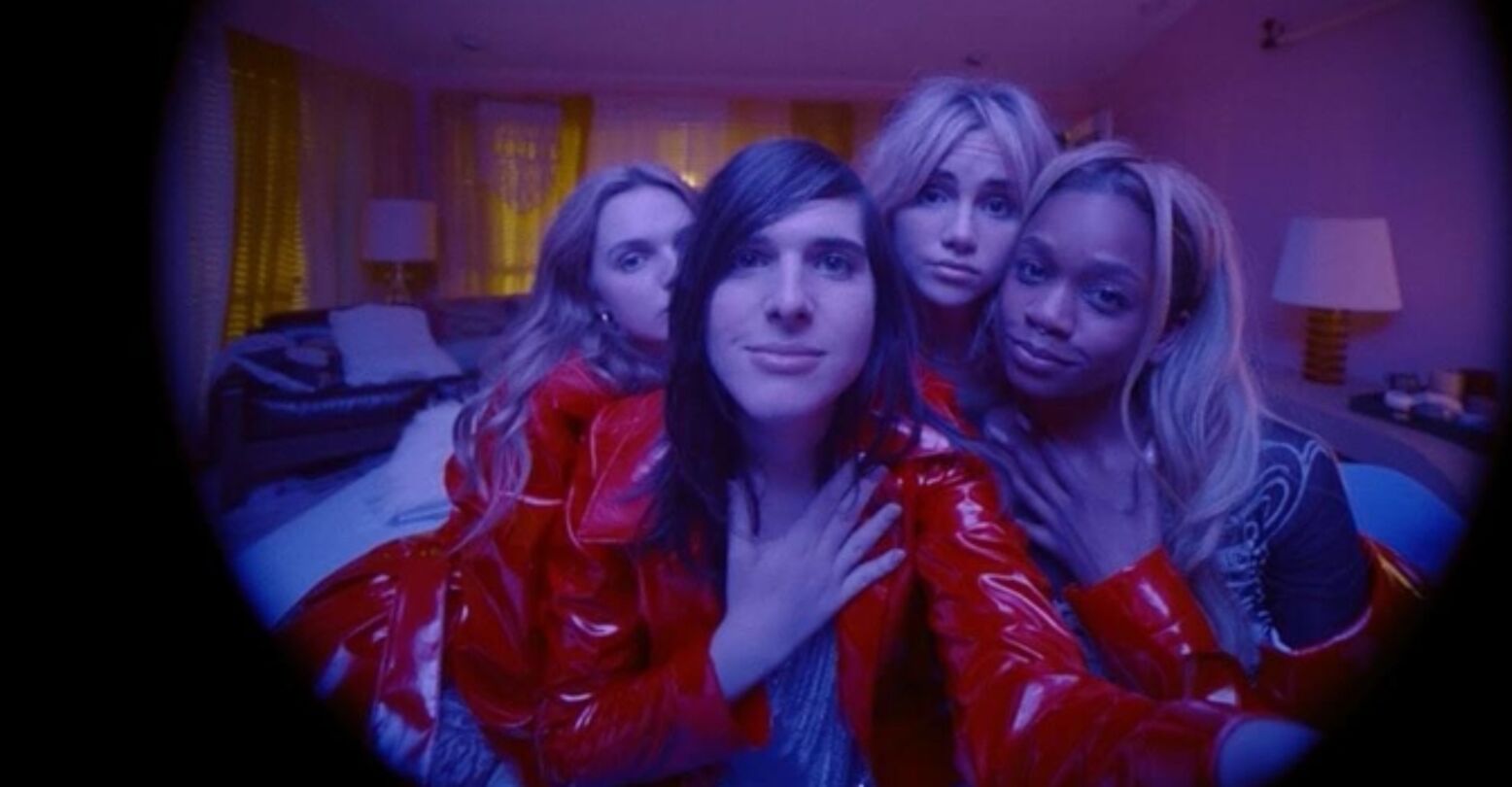 It has been a rollercoaster of a year for queer people seeking representation on the big screen; we’ve seen everything from gay love stories unfolding between teens in a mainstream movie (Love, Simon) to being reminded that straight filmmakers will mine queer tragedy for straight audiences as long as they can get some awards (Boy Erased).

It’s a year where queer films like the marvelous biopic about bestselling biographer turned letter forger Lee Israel (Can You Ever Forgive Me?) and the maddeningly fun period film about Queen Anne, Sarah Churchill, and Abigail Hill engaging in a sexual and political tug-of-war (The Favourite) are at the forefront of the Oscar race.

We saw gay characters in studio comedies like Blockers, foreign dramas like The Cakemaker, documentaries like McQueen, and indie dramedies like Hearts Beat Loud and Ideal Home. But we were also forced to sit through the mishandling of real life queer figures like musician Don Shirley and Freddie Mercury in the notoriously bad Green Book and Bohemian Rhapsody, respectively.

Even on television we had some true wonders, with Random Acts of Flyness and Pose giving uniquely black perspectives on queerness. Ryan Murphy produced not one (with Pose) but two wonderful shows, bringing The Assassination of Gianni Versace to life with Tom Rob Smith, the writer of the brilliant London Spy. And British television was going all out, giving us Desiree Akhavan’s The Bisexual, Phoebe Waller-Bridge’s Killing Eve, and Russell T. Davies’ A Very English Scandal.

What about all the queer films that didn’t get a wide release, though? What about the films that were only shown at your local art cinema, or made no money when released all across the country, or were sent straight to VOD? What about the ones that are coded as queer and not explicitly gay so they aren’t labeled as such?

These are the queer films you might not have seen this year, but they’re the ones you should seek out as quickly as possible.

No less ambitious in scope and no less intimate than any film that Lana and Lilly Wachowski have graced us with since the ’90s, Lana Wachowski’s feature film finale to her Netflix series Sense8—about eight individuals who are connected telepathically and experience each other’s lives—is an absolute treasure from start to finish; it’s a cinematic gem that makes your heart break upon remembering that the Wachowskis closed down their production office this year.

While it’s not unfair to describe it as a flawed and rushed attempt at packing three TV seasons into 2.5 hours in an attempt to wrap up what was meant to be ongoing, what makes “Amor Vincit Omnia” unique is its dedication to the notion that love, in all its forms, can save the world. The unbridled optimism of the Wachowskis is on full display here, and what we’re delivered is a refreshing blend of action, comedy, drama, sci-fi, and romance that ends on the queerest note possible.

A film that begins with big, bold, red-white-and-blue Godardian text listing trigger warnings of what’s about to come is a film that shouldn’t work, and yet, somehow, Assassination Nation is a marvel. Sam Levinson delivers something that’s relatable and terrifying in equal parts, largely due to the performances by Odessa Young, Hari Nef, Suki Waterhouse, and Abra as the best group of teen girls caught on film in ages.

And, sure, its transposing of the Salem Witch Trials into present-day America—via the story of a town turning against four teen girls under the presumed notion that they leaked everyone’s information—is about as subtle as a brick to the head. But considering the state of the nation, maybe a loud and unsubtle feature that feels like a direct descendant of Brian De Palma (both in form and in sociopolitical commentary) is exactly what we need right now.

With her sophomore feature, Desiree Akhavan paints a portrait of lost souls; people trying to do what they think is right and failing miserably at it. There’s as much pain in conversion therapy as there is potential allure—the idea of being “fixed,” of being free from self-loathing, is appealing. Not only does The Miseducation of Cameron Post feature a stellar ensemble (with Chloë Grace Moretz, John Gallagher Jr., Sasha Lane, Forrest Goodluck, and Jennifer Ehle as its main players), it has a genuine interest in all of them and how they function within the limbo of existence known as conversion therapy.

Though some might find this an egregious claim, the work of Diablo Cody has been rather consistently queer. No, it’s not because Jennifer’s Body is gay as hell, or even because Marlo—the mother of three whose story is at the core of Tully—is bisexual. It’s the way Cody is dedicated to telling the stories of women who struggle to assimilate into, or perform properly as, the roles they’re meant to play, inevitably being treated as pariahs in some capacity.

A stark contrast to Charlize Theron’s role as Mavis in the last Jason Reitman/Diablo Cody collaboration, Young Adult, Marlo is approachable, but exhausted and unsure if she is a failure as a mother, and unwilling to let go of the woman she used to identify as. The film explores what women put themselves through to seem like they’re doing OK, often ignoring everything from mental illness to their own desires, and, even more interestingly, how the person we used to be and the life we used to live can seem like an entirely different identity altogether.

Liz and the Blue Bird

There’s a good chance that Liz and the Blue Bird—a side story of the series Sound Euphonium that requires no previous knowledge whatsoever—slipped under your radar, but it is the animated feature of the year that begs to be sought out. Everything about Naoko Yamada’s direction here is breathtaking, from her use of music and silence to her emphasis on the female gaze and emotional distance, in a way most easily comparable to Chantal Akerman and Sofia Coppola.

Yamada equates the love between these two young women to a concert, impossible to perform unless there’s communication and the two musicians fall perfectly in step with each other. So much of the film is dedicated to women looking at, or away from, women, with the surrounding characters barely registering in the world of Mizore and Nozomi. Where it occasionally slips into a realm of Ghibli-esque fantasy thanks to a storybook essential to its plot, Liz and the Blue Bird is a slice-of-life melodrama through and through, the kind of work that alongside works like K-On! and A Silent Voice should mark Yamada as one of the most exciting auteurs around.

How to Talk to Girls at Parties

John Cameron Mitchell, best known for starring in, directing, and writing the wonderful Hedwig and the Angry Inch, delivered one of the messiest, goofiest, sweetest, and queerest coming-of-age films of this year. And if that isn’t enough, it also just so happens to be about aliens and punk music, featuring some bizarre sexual exploration, bright latex outfits, and musical oddities.

How to Talk to Girls at Parties navigates finding one’s true community, literally allowing an alien to try and find a home in a punk human world, and there’s familiarity in being that outsider finding your space and your family. It’s through Elle Fanning’s character (and, by extension, her bonding with Nicole Kidman’s punk fairy godmother of sorts) that John Cameron Mitchell best deviates from Neil Gaiman’s underwhelming short story, really focusing on her journey to find herself instead of simply sticking to what could have been a pedestrian love story.

The way Daniel Goldhaber and Isa Mazzei mine that fear of losing control over your identity, of being exposed and having to deal with the negative stigma attached to your very existence, is fascinating. There’s no black-and-white when it comes to exploring technology, sex work, and the relationships we maintain, and the film is well aware of how all of these things come with benefits and obstacles. It’s not a stretch to say that this unique and colorful techno-horror work of art is a perfect example of how queerness exists within genre cinema, both explicitly and subtly.

From the moment Janelle Monáe began crafting her universe, which has been spread over a number of albums, it was clear there was something queer in the air. The android who has existed throughout these works, Cindi Mayweather, was coded as queer in numerous songs from The Archandroid and Electric Lady. But now, with Dirty Computer and the character Jane 57821, we get to see the beauty of queerness—celebrating women in love, showcasing polyamory without judgment, and actually being trans-inclusive—and how it can overcome a dystopian nightmare through this Emotion Picture.

Using science fiction to explore being queer in an era that does not want you isn’t something new and Monáe’s vision of the future has influences ranging from Alejandro Jodorowsky and Prince to George Lucas and Octavia E. Butler. Rather in tune with the optimism of the Wachowskis, Dirty Computer declares that love can overcome anything; that the oppressors that these black, queer androids—and by extension the communities in present day America who are facing their own villains—are up against can be stopped.

The music videos for Mitski’s “Geyser,” “Washing Machine Heart,” and “Nobody”

Yes, music videos should be considered short films in their own right—it’s not all visual albums like Monáe and Beyoncé—and there’s queerness to be found in many of them. Just look at the sweaty, sexy video for St. Vincent’s “Fast Slow Disco” or the butt plug beauty of Carly Rae Jepsen’s “Party For One.” Not simply because her album Be the Cowboy is deeply relatable for any listener, Mitski’s videos can easily be read as queer, each one deeply exploring identity in some capacity amidst the absurdity, desperation, and entrancing hand movements (often used as a focal point of desire in queer cinema).

Christopher Good’s “Nobody” takes the notion of loneliness and turns it into an identity crisis that feels like Maya Deren and Michel Gondry’s love child, while Zia Anger’s “Geyser” aptly captures the notion of struggling against your own passions and feelings. These themes extend through all of her work, and with “Washing Machine Heart,” also directed by Anger, the singer and director explore a mixture of yearning to fit a mold and of inadequacy in the face of male fantasy—as in their previous collaboration on “Your Best American Girl”—through a gorgeously composed Old Hollywood facade.