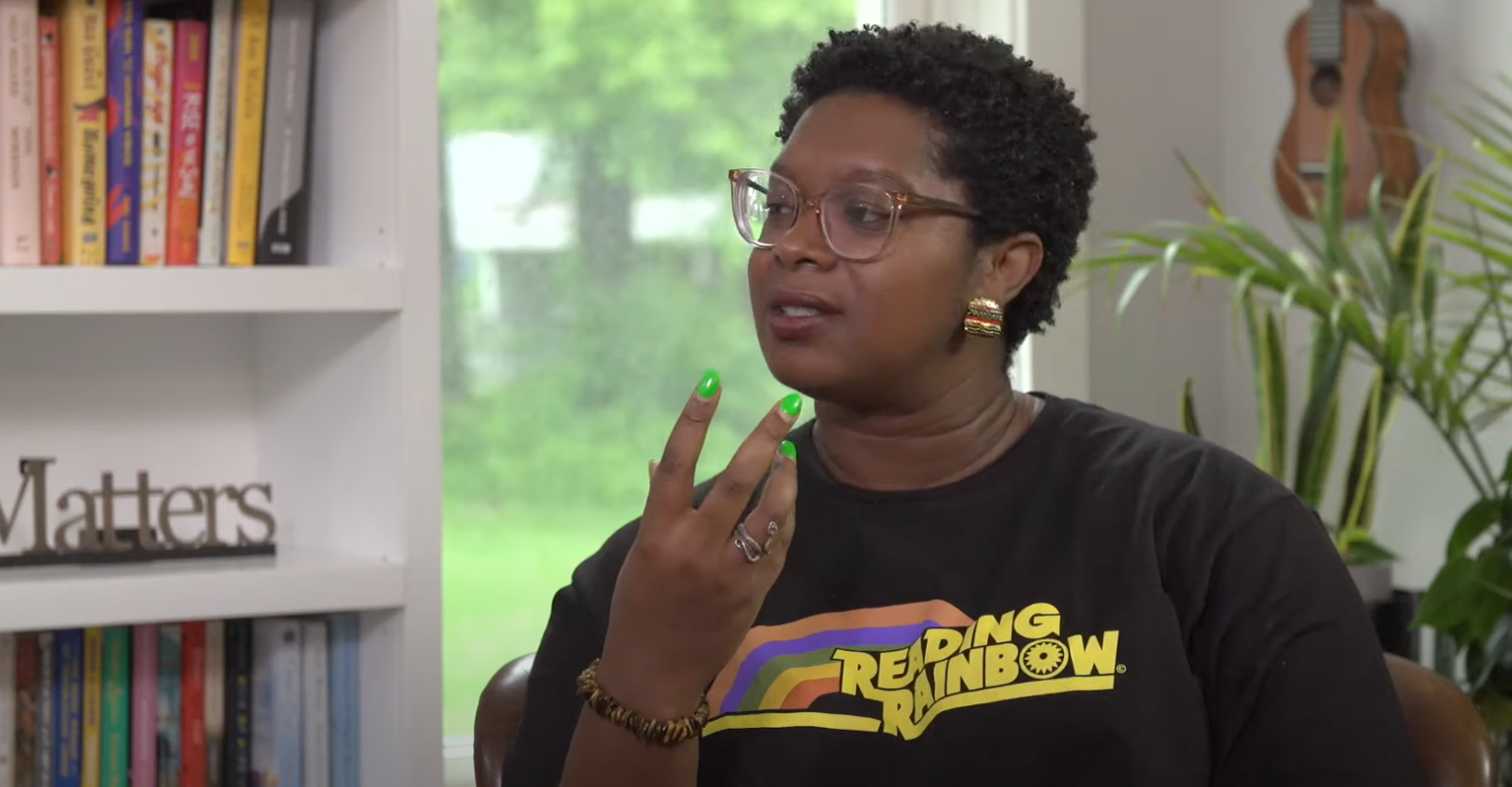 Get to know Ashley Ford, who is a writer and kind human who is currently writing her memoir, Somebody’s Daughter, which will be published by Flatiron Books under the imprint An Oprah Book. I got the chance to sit down with her to talk about her thoughts on LGBTQ youth, Pride, her thoughts on love, what she feels insecure about, and more.

What do you love about the LGBTQ community?

This ability to celebrate in a lot of different ways and celebrate differences. For the most part, there’s something really wonderful about this celebration of the body and this defense of a right to that celebration.

What are your thoughts on dating in the LGBTQ community? 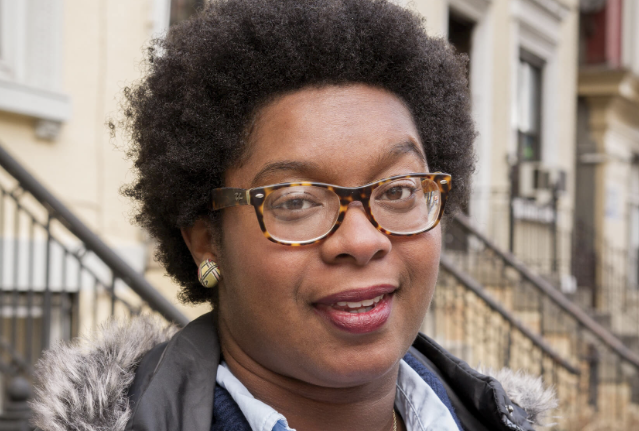 How did you feel attending your first Pride?

My first Pride was in Indianapolis in 2010 or 2011. I remember feeling extremely excited and extremely comfortable in my space and body. There was some nervousness about being there and about being coded however I was going to be coded. It ended up being an enormously and overwhelmingly positive experience no matter what.

What does Pride mean to you?

It’s a demand for freedom of expression. I will take the space I have a right to, even if you don’t want me here, if you don’t respect it, I have a right to it and I’m claiming it. I think there’s a lot of justice in that in a certain way. When I think of Pride and when I think of the way people interact with each other at Pride and when I think about the people who do so much to coordinate Pride events, it really is this reclamation that you can’t make me hide, you can try to do a lot of things to make me afraid, but I’m not ruled by my fear, I’m proud.

Who is someone you consider to be an LGBTQ icon?

What advice do you have for LGBTQ youth?

Advice I have for any marginalized person, especially queer youth, is that there’s going to be a lot of erasing of your history and heritage as a queer person. There’s a lot of knowledge, wisdom, and a lot of stuff out there for you but most of the time, nobody’s going to give it to you, you’ve got to go find it. I would always tell people to look up what you’re about, and what you believe about who you are and that really helps foster community. You need people in your life who understand different elements of your life. Don’t get me wrong, my fiancé is a very straight cis white man. There’s a lot of shit about me that he’s not going to understand but that’s why I have other people in my life who do and that’s important.

Who is the most important ally in your life?

Probably my partner, Kelly, who does not ask me, infer, nor would he accept me downplaying or denying my identity. He’s always known me as bisexual, he’s always accepted me as bisexual. When other people have tried to code me as straight in front of him, he’s corrected that I’m not straight and that he is. The thing that he showed me was that I get to be exactly who I am and anyone who takes issue with that, doesn’t belong in my sphere and in my space at least not that way, they’re not the person I should be looking to for anything.

Sometimes you have people in your life who can’t accept it and you’re like, “whatever, it’s more important to me that that person is in my life.” Like if it were my mom, that would be the case. But strangers, people on the street, acquaintances, people I barely know, they have to accept me fully as I am in order to be in any way involved with me and that’s not something I always believed, that’s something he taught me. 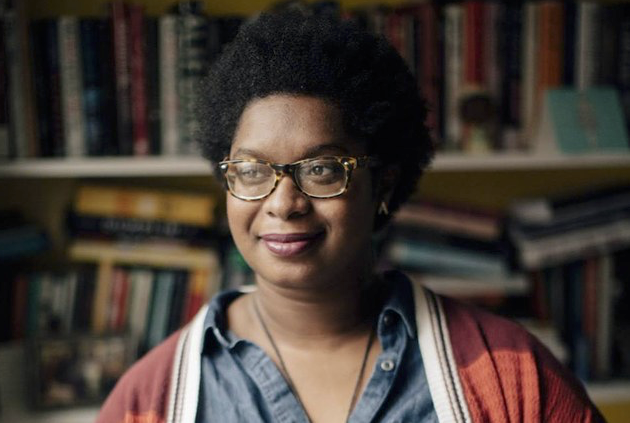 Do you believe in love?

How do you feel about LGBTQ representation in media?

What’s something that brings you joy?

What do you feel most insecure about?

Follow Through. As much as I love creating things, I have a lot of anxiety around it. I’ve been known to abandon projects willy-nilly. It’s a practice to be able to finish things.

What is the title of the current chapter of your life? 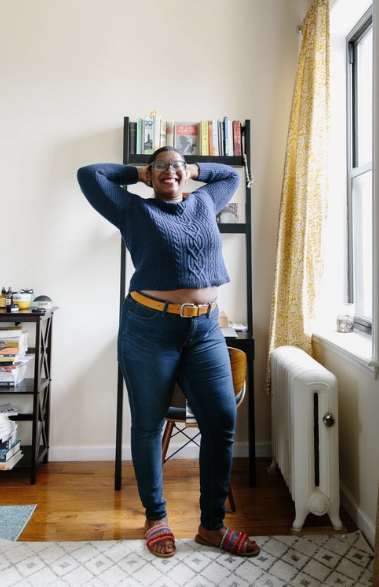 What is the most awkward thing about you?

I’m really bad at small talk. I very quickly go from “The weather was gross today!” to “Tell me about your mother.”

What are deal breakers for you when dating someone?

It’s hard for me to be friends with people who can’t be happy for me and can’t let me be happy for them. I need people who understand the importance, the necessity of celebration and celebrating our victories big and small and celebrating some of our failures. Because sometimes you’ll fail at something but the celebration is that you tried. I just want to be a positive force in people’s lives. One of the things that people don’t get enough of is people who celebrate them, so I want to be that.

How much does your LGBTQ identity play into your overall identity?

I just feel like it’s always there. My queer identity is as important as my black identity as important as my identity as a woman, it’s all together, it goes wherever I go. There’s no space where I am more or less queer, and people have to deal with 100% of me 100% of the time. Being queer is neutral, it’s default for me. If my queerness is default, there’s nothing to ever be ashamed of and nothing to hide.

Do you think LGBTQ youth have it easier? It gets better, does it get easier?

I don’t know about easier, I think they have more access to more information and resources. I think they have more reason to feel safe talking about their identity, but it’s still not easy to be an LGBTQ person in the world right now. I feel so much more permission to present myself as a queer person, whatever that looks like and however I choose here in New York than I did in Indiana. I might be bald, but I’m wearing lipstick and I’m pretty femme in that way, but there are times when I present really masculine and it’s not something that was a conscious choice. It’s just that I woke up, and this is what I put on and I look in the mirror and realized that I’m butch. I think when I was in Indiana, there would’ve been a hesitation to leave looking that way.

What quality has being queer given you?

Being a queer person only ups the empathetic value. The least empathetic gay person is way more empathetic than the least empathetic straight person, and I don’t think it’s something inherent, it’s a forced different perspective on life. The moment I think that really solidified how I feel about my queer identity was watching the Matthew Shepard story. What hit me about the film was that he didn’t deserve it, he didn’t do anything wrong and then it hit me that I hadn’t done anything wrong to be the way that I am and no matter if I was dating boys or girls, it was kind of my job to stick up for people who are the Matthew Shepards of the world who were shamed and judged.

I just kept thinking, I wish I had been Matthew Shepard’s friend. I think he was very much loved but I wanted him to know that somebody loved him who in no way was obligated to love him. I think that’s really important for kids around middle school – the fact that you want someone to love you apart from the people who you feel like are obligated to love you, you want someone to love you independent of that and accept you wholly. I do think the empathy goes up as a queer person.

The freedom to live your life in full expression of yourself.

Ashley currently lives in Brooklyn with her fiance, Kelly. Her writing can be found on ELLE, The Guardian, BuzzFeed, and more. Follow her wise and kind words on Twitter and Instagram.