When America’s LGBTQ+ folk started coming out of the closet in the 1950s, the underground scene was dominated by working class people who had less to lose if they were outed. Butch/femme presentation arose as a way for lesbians to identify each other, also serving as a security measure when undercover cops tried to infiltrate the local scenes. Butch women exhibited dapper and dandy aesthetics, and came to be known for being aggressive because they took protective roles during raids and other examples of homophobic violence. The image of the butch lesbian became a negative stereotypes for lesbians as a whole, leaving out femme lesbians, who are (pretty insultingly) considered undetectable as lesbians due to their feminine presentation.

In modern times there’s less need for strict adherence to these roles; instead, they become heritage. A great deal of political rebellion is wrapped up in each individual aesthetic. Butch obviously involves rejecting classically feminine gender expectations, while femme fights against their derogatory connotations.

But while butch/femme has been a part of lesbian culture, these terms and identities are not exclusive to queer women. Many others in the LGBTQ community utilize these signifiers for themselves, including “butch queen” or “femme daddy.” Butch and femme have different meanings within queer subcultures, and it’s important to understand the reasons they were created and established.

The term “lesbian” derives from the island on which Sappho livedif you didn’t already guess, she was a poet who wrote extensively about lady-lovin’. Before Lesbos lent its name to lesbians, the 1880s described attraction between women as Sapphism. In 1925, “lesbian” was officially recorded as the word for a female sodomite. (Ick.) Ten years before that, “bisexual” was defined as “attraction to both sexes.”

In upcoming decades, Sapphic women would start tearing down the shrouds that obscured the lives of queer women for much of recorded history. Come the ‘40s and ‘50s, butch and femme were coined, putting names to the visual and behavioral expression that could be seen in pictures as early as 1903. So, yeahWestern Sapphic women popularized these terms, but the conversation doesn’t end there, nor did it start there.

Before femme emerged as its own entity, multiple etymological predecessors were used to describe gender nonconforming people. Femminiello was a non-derogatory Italian term that referred to a feminine person who was assigned malethis could be a trans woman, an effeminate gay man, or the general queering of binarist norms. En femme derives from French, and was used to describe cross-dressers.

Butch, first used in 1902 to mean “tough youth,” has less recorded history. Considering how “fem” derivatives were popularized for assigned male folks, one might attribute this inequality to the holes in history where gender-defying assigned female folks ought to be.

The first time these concepts were used to specifically indicate women was the emergence of Sapphic visibility in twentieth century. This is the ground upon which Lesbian Exclusivism builds its tower, and the historical and scientific erasure of bisexual women is where it crumbles. Seriously, did we forget that was a thing?

The assumption that any woman who defies gender norms is automatically a lesbian relies on the perpetuation of misogynist, patriarchal stereotypes against bisexual women. A bisexual woman is just as likely to suffer in a marriage with a man, or else be mocked as an unlovable spinster. A woman who might potentially enjoy a man is not precluded from nonconformist gender expression. Many famous gender nonconforming women were bisexualLa Maupin (Julie d’Aubigny), for example.

Most records describing sexual and romantic attraction between women were written by men, and uphold male biases. What happens, then, when a woman is not as openly lascivious as the ones too undeniably bisexual to silence? Historically, if text or art depicts something the dominant culture at the time disagrees with, the evidence is destroyed. Without voices of the Sapphists themselves, it’s impossible to definitively draw a line between lesbians and bisexuals within Sapphic history. 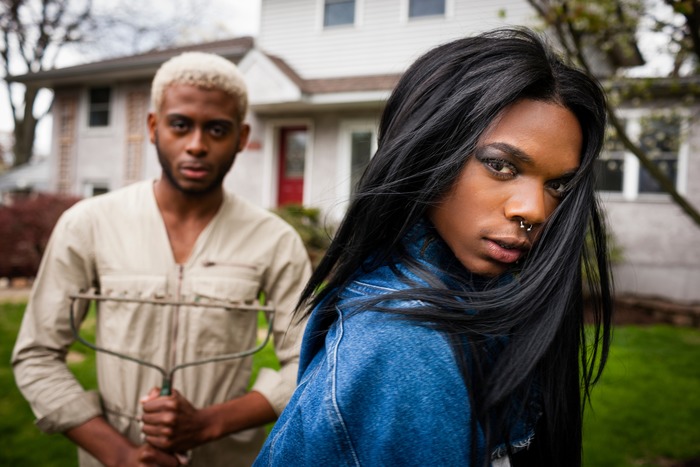 Another massive hole in the Lesbian Exclusivist’s defenses lies in the creeping plague that is the Mainstream White Gay; it lurks insidiously, hauling along the mangled tatters of culture that was stolen from Queer and Trans People of Colour (QTPOC). In many documents, examples provided of Sapphic intimacy are almost always offered from the perspective of white cis women, leaving huge gaps where women of color, whether trans or cis, and nonbinary people were concerned. This is the case despite the fact that some of the themes we still celebrate as integral to queer culture were developed by Black and Latinx LGBTQ+ folk during the Harlem Renaissance, which spanned approximately from 1920 to 1935.

A question I can’t help but ask is: Where do queer Black, Indigenous, and other People of Color fit into the primarily white butch/femme narrative? Does it mean anything that the crackdown on Black queer folk seemed to coincide with the time period when mainstream lesbianism adopted butch and femme as identifiers?

Similar concepts to butch/femme exist throughout the modern Sapphic scene. Black women often identify as WLW (Women-Loving-Women), and use terms like “stud” and “aggressive femme.” Some Asian queer women use “tomboy” instead of butch. Derivatives and subcategories abound, sometimes intersecting with asexual and trans identities. “Stone butch” for dominant lesbians who don’t want to receive sexual stimulation; “hard femme” as a gender-inclusive, fat-positive, QTPOC-dominated political aesthetic; “futch” for the in-betweenies who embody both butch and femme vibes. These all center women and nonbinary Sapphics, but there’s still more.

Paris is Burning, a documentary filmed about New York City ball culture in the 1980s, describes butch queens among the colourful range of identities prevalent in that haven of QTPOC queerness. Despite having a traditionally masculine physique, the gay male butch queen did not stick to gender expectations from straight society or gay culture. Instead, he expertly twisted up his manly features with women’s clothing and accessories, creating a persona that was neither explicitly masculine nor feminine.

Butch Queens Up in Pumps, a book by Marlon M. Bailey, expounds upon their presence within inner city Detroit’s Ballroom scene, its cover featuring a muscular gay man in a business casual shirt paired with high heels. Despite this nuance, butch remains statically defined as a masculine queer woman, leaving men of color out of the conversation.

For many QTPOC, especially those who transcend binary gender roles, embracing the spirit of butch and femme is inextricable with their racial identity. Many dark-skinned people are negatively portrayed as aggressive and hypermasculine, which makes it critical to celebrate the radical softness that can accompany femme expressions. Similarly, the intrinsic queerness of butch allows some nonbinary people to embrace the values and aesthetics that make them feel empowered without identifying themselves as men. 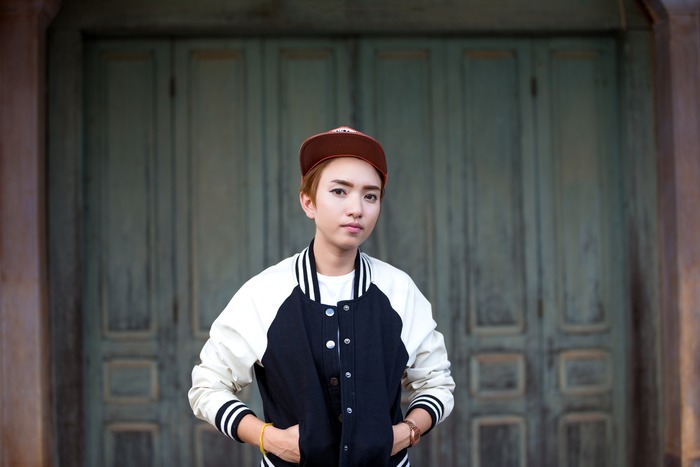 It’s pretty clear to me that the voices leading the Lesbian Exclusive argument consistently fail to account for where butch and femme have always, in some form, represented diverse gender expression for all identities.

‘Butch’ and ‘femme’ began to die out in the 1970s when Second Wave Feminism and Lesbian Separatism came together to form a beautiful baby, whom they named “Gender Is Dead.” White, middle class cis women wrestled working class QTWOC out of the limelight, claiming that masculine gender expression was a perversion of lesbian identity. The assassination attempt was largely unsuccessful, however: use of these identifiers surged back to life in the ‘80s and ‘90s, now popularized outside of class and race barriers.

Looking at all this put together, I have to say that it’s a mystery to me why so many lesbians, primarily white, believe that their history should take precedence over everyone else that makes up the spectrum of LGBTQ+ experiences, even bi/pan Sapphics in same-gender relationships. If someone truly believes that owning butch/femme is more important than uniting and protecting all members of the Sapphic community from the horrors of homophobic and gendered oppression, maybe they’re the one who shouldn’t be invited to the party.

As a nonbinary lesbian, I have experienced my share of time on the flogging-block. I empathize strongly with the queer folks being told that these cherished identities are not theirs to claim. Faced with this brutal, unnecessary battle, I value unity above all else. There’s no reason for poor trans women, nonbinary Black femmes, bisexual Asian toms, gay Latino drag queens, or any other marginalized and hurting person to be left out of the dialogue that is butch and femme, with all its wonderful deconstructions of mainstream heteronormative culture.

It is my Christmas wish that the Lesbian Exclusivist Tower is torn down before we open the new chapter in history that is 2018. Out of everything the LGBTQ+ community has to worry about already, petty infighting shouldn’t be entertainedespecially when its historical foundation is so flimsy. Queering gender norms has always been the heart of butch/femme expression, and that belongs to all of us.