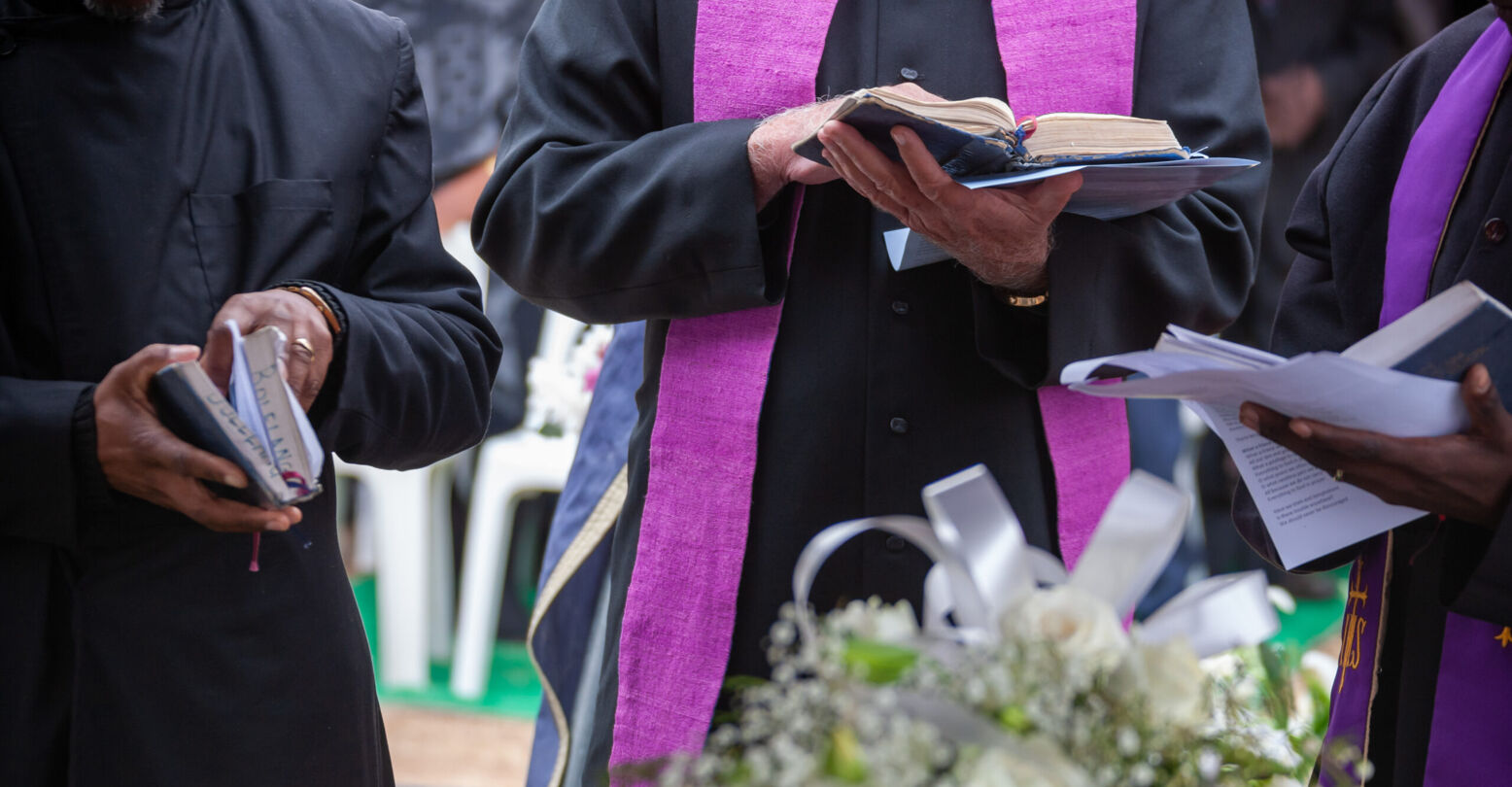 Last week, LGBTQ+ advocates held a virtual panel with leaders in Black Christian community, NBC News reports. The goal of the panel was to urge the Black church to stand in solidarity against the many legislative attacks against the LGBTQ+ community.

During the panel, advocates argued that support of measures like the Equality Act—which codify nondiscrimination protections for LGBTQ+ citizens into law—are essential for protecting both religious, racial, and LGBTQ+ freedoms. The Equality Act passed the House last year, but it would fail against a filibuster in the Senate, which is why bipartisan support is so necessary.

Although historically, the mainstream Christian church has excluded LGBTQ+ people, that has not always gone both ways. According to a 2020 report by the Williams Institute, 71% of Black LGBT adults are religious. Of those, 31.7% identify as highly religious and 39.3% as moderately religious.

One of the panel’s experts, Rev. Cedric A. Harmon, emphasized this overlap between race, religion, gender and sexuality. Harmon identifies as same-gender-loving, and is the executive director of Many Voices, a Black LGBTQ church organization.

“This is something that the church, I think, often is too reticent to do — to speak out in support of legislation that addresses historical discrimination against the LGBTQ community,” Harmon told NBC News. “So this is the perfect moment to lift the voice of Black religious communities and Black religious leaders to say, ‘When we talk about LGBTQ concerns and issues, we’re talking about members of our own community.’”

Measures that target racial minorities are frequently folded into anti-LGBTQ+ bills. For example, many of the “Don’t Say Gay” laws under proposal also limit discussions of race in the classroom under the fear-mongering language of “critical race theory.”

Additionally, violence against the LGBTQ+ community (the trans community in particular more recently) often affects people of color disproportionately. “This is a moment for church members who may have a trans member of their family to actually speak out about their love and concern for that member and bring that to their pastor or religious leader,” Harmon said.

Kendra R. Johnson, the executive director of Equality North Carolina, elaborated on why the Black church is a powerful force in shaping civil rights. She said, “It is a community of organizers that has a deep understanding of what it is to be pushed out of the systems that should serve all of us.”