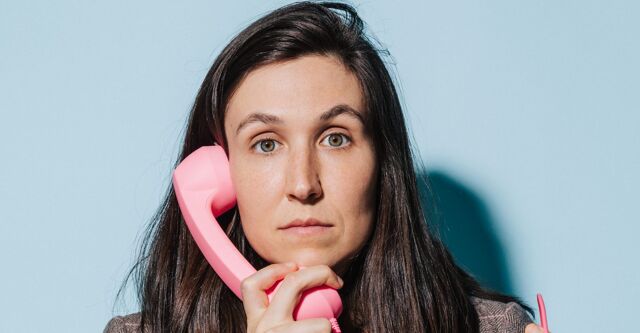 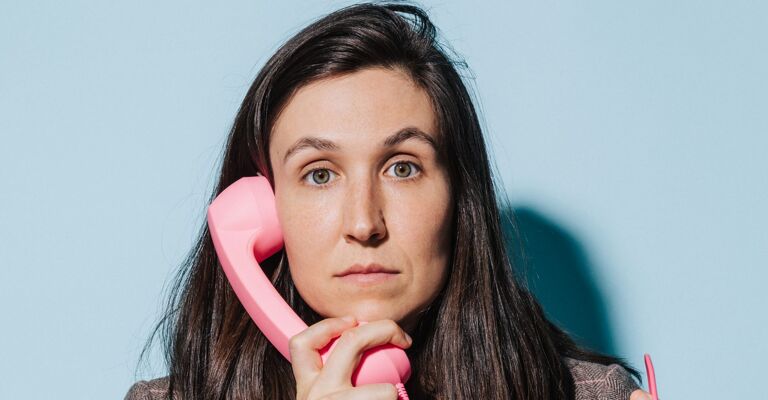 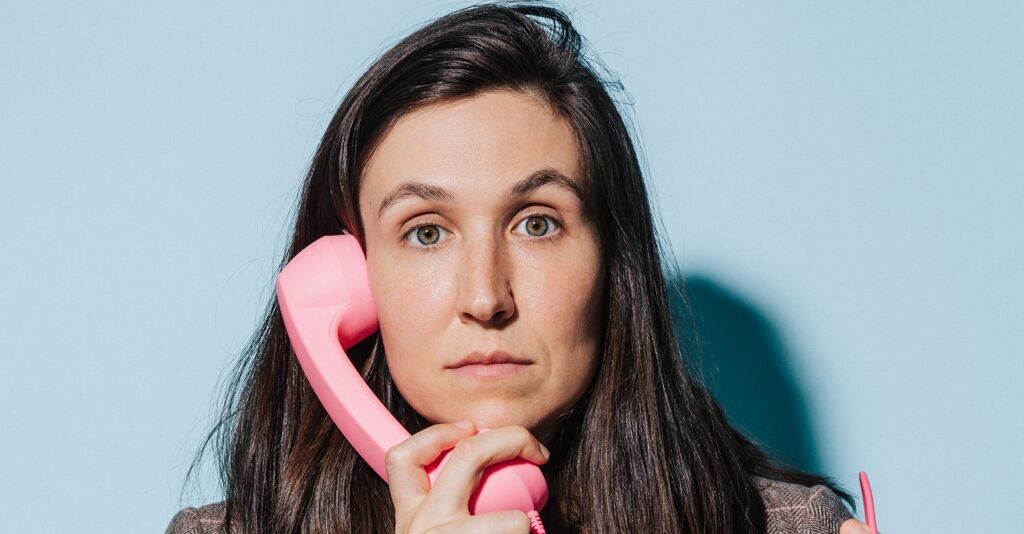 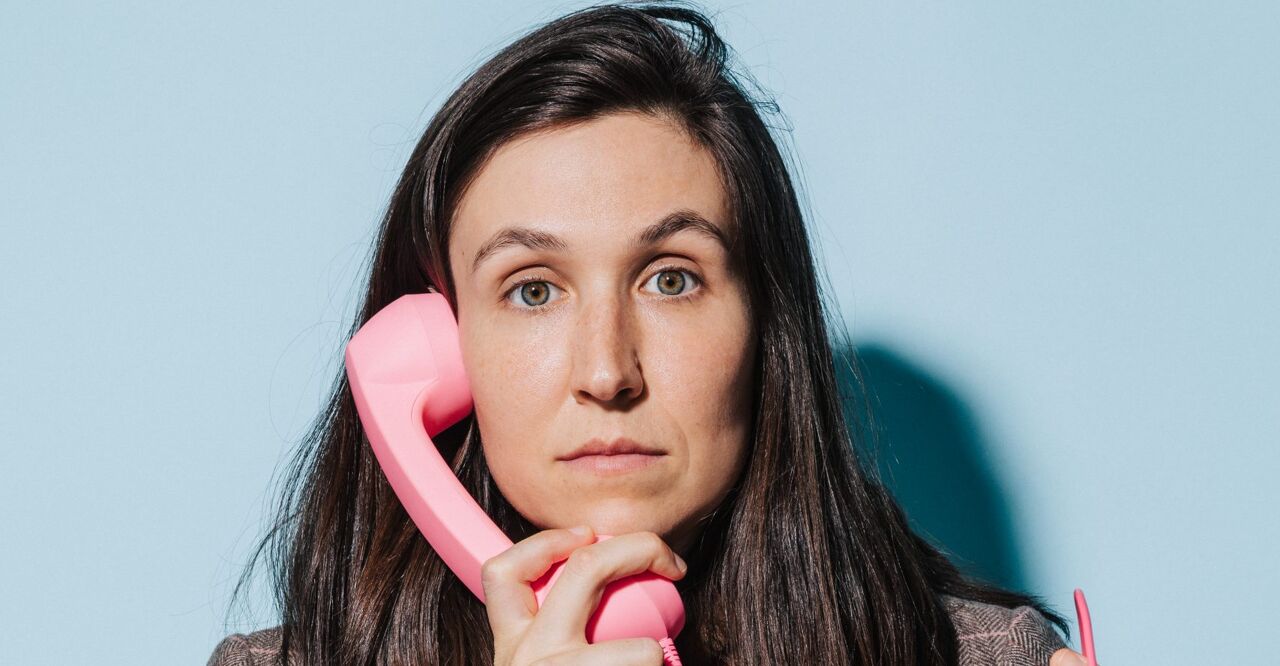 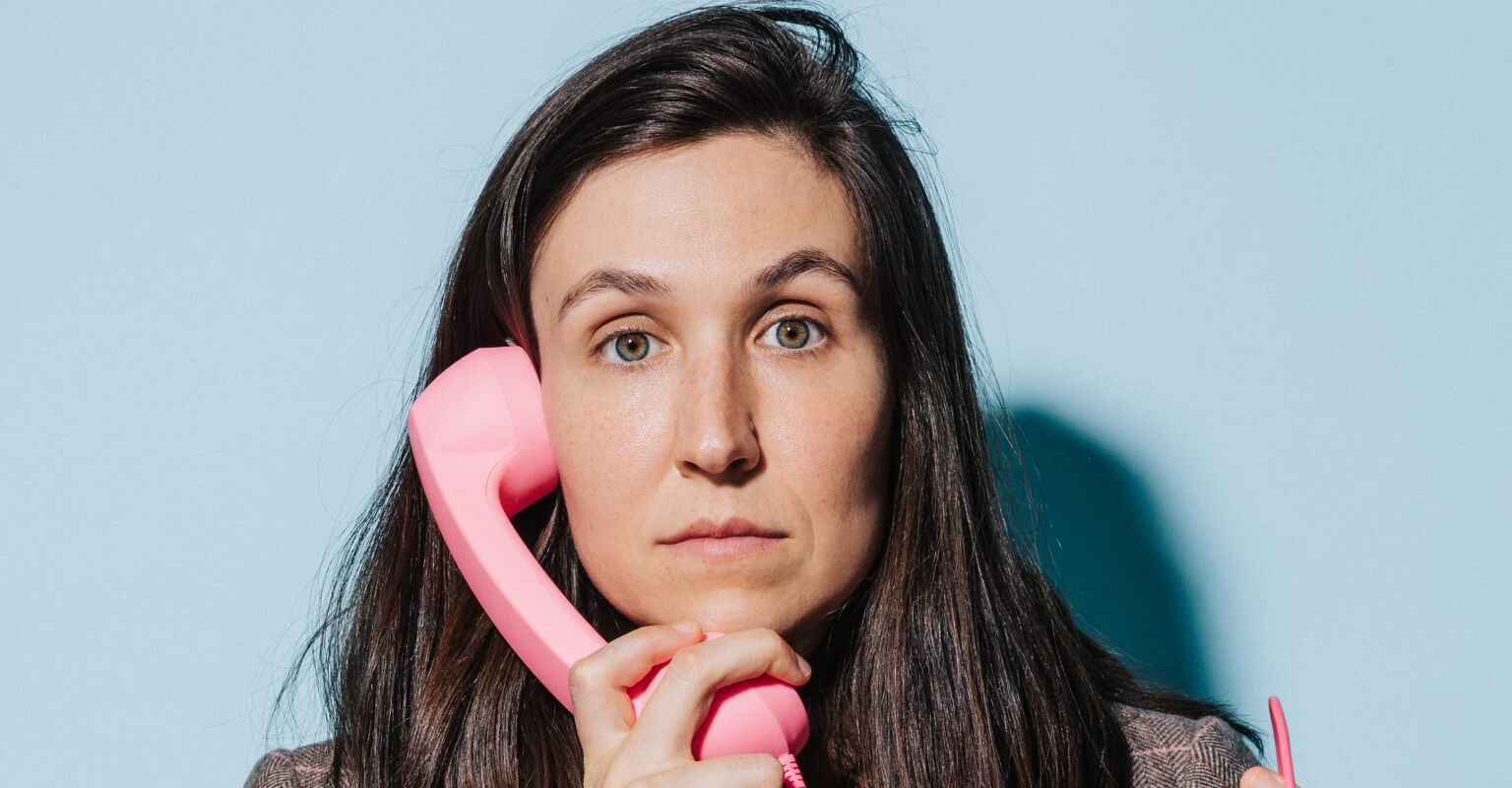 Comedian Ashley Gavin has been putting in her time in the comedy scene for years. It took the pandemic, however—and TikTok—to bring her podcast, “We’re Having Gay Sex,” to life last year. Inspired by a breakup, “Sex” chronicles Gavin’s reclaiming of the “whore phase” she never got to enjoy in her 20s. It’s graphic, hilarious, and spares no details. Even straight people love it! From stories about coming-out mishaps to interviews with prominent queer TikTokers like Marthe Woertman and The Circle’s Chris Sapphire, “Sex” is a celebration of what it means to love queerly. And it’s the kind of confessional, no-holds-barred exercise in intimacy that so many of us have been starved for during lockdown.

Gavin chatted with INTO about (what else) gay sex, TikTok fame, and what it’s like to be the first openly-gay performer on a cruise line.

So what’s the origin story of the podcast?

I had never really wanted to do a podcast. I’m not a big podcast listener. But as a comedian, sometimes you have to try things you didn’t think about trying before. At some point, I was like, “maybe I’ll do a podcast if I have a really good idea.” And then, as I was getting out of my third long-term monogamous relationship in a row. I was like, “obviously I’m not doing something right.” I’d never really dated as a queer person, and I think it’s harder for us. And after I went through this breakup I realized, there’s this period in your life, in your 20s, when there’s all this dating advice for women, and I thought, wow, there’s nothing like this for queer people at all. And as a 30-something it still applies to me, because I’ve never really existed in a world where queer dating was normal. It’s starting to be, which is really good. In my opinion, it’s pretty great to be queer right now. So I had the idea of documenting my dating life and gathering these stories. I had my “youth in the sound booth” Gara Lonning, because frankly I’m old and there was a lot on the production side that I didn’t understand. And it naturally started happening because that was the moment that TikTok was taking off and the show really resonated with queer people on the internet.

So a breakup inspired “We’re Having Gay Sex”?

Yes, but it was also a new point in my career. Being a comedian can be emotionally draining, it’s a personal art form and it’s hard to feel rejected. Not just on a relationship level, but on a career level. I was dealing with all of that and just decided to throw caution to the wind and just make something. I had no preconceived notions of how it was going to be, and maybe a bit of beginner’s luck.

[People] are happy to have something really authentic out there.

It’s interesting that you got a large audience through TikTok. You don’t think of it as an audio medium usually!

I go back and forth between having imposter syndrome and trying to take credit for the success of it, but I think this demographic–however much people want to believe that if you’re queer you’ll book anything, and that queer people are having a moment–I think we haven’t been represented in the right way. The amount of people who love this podcast shows that there’s a demographic that’s been ignored and poorly represented. They’re happy to have something really authentic out there.

TikTok has just been such a lifesaver through all this.

For sure. I think also, queer people go out of our way to find spaces where people will accept us. We fly across the country to be in a relationship. We make the effort to seek out stuff that we need because we are such a teeny tiny minority. And queer people are an interesting type of minority, because a lot of times there’s implicit segregation built into our community. Not explicit segregation, but like, the idea of neighborhoods and families. Like, gay people don’t have that, we’re all separate from each other. So I think just having the internet in general, and TikTok’s algorithm in particular, was mind-blowing. All of a sudden, we were super connected. And I’m happy to be a part of that.

It’s nice to come out of it with something you can show off, too.

Yeah, I feel like so many people have just gone through the worst year of their lives and I was like, yeah I had my own little miracle here at home, and I’m just glad so many people listened.

So I hear that you’re a certain cruise line’s first-ever out-lesbian comic. What was that like?

It was really fascinating. That’s another thing that’s happened–not within the pandemic, but within the last two years or so. People have this preconceived notion that I’m this comedian “for” gay people, because I’m so open about my reality and experiences. But I think we’re in a moment right now where straight people are able to hear about those experiences and not feel weird about it. Being on the cruise line really proved it to me. Because the people on the cruise were not from, like, liberal hubs. They’re from all over America, all walks of life. At first it was an adjustment. I was struggling, and after a little while, I had this internal shift. I had a few sets, and one of them had to be clean. And in my case, it not only had to be clean but I couldn’t mention that I was a gay woman. You would imagine that makes it more difficult, because all the straight comedians talk about marriage and dating in their sets, and I couldn’t. You can’t rely on gender stereotypes, either. Those are all things that, without even mentioning you’re straight, are built into the set. People say “just don’t mention gay stuff” and it’s like, “well, you can mention your husband in your set.” So I had to do a half-hour of jokes without that.

My attitude became almost: “I dare you to walk out.”

You’re up there like “so how about this cruise boat, it’s really clean!”

Yeah I mean, you can’t touch on the human experience at all. So my dirty sets were super gay heavy, and at one point I was just like “stop compensating, stop trying to win these people over.” Because people in the first couple of shows, as soon as I said I was gay, they would stand up and walk out. So at a certain point I was just like, “there’s no amount of finagling I could do to win these people over, just be who you are.” So I doubled down on it. My attitude became almost: “I dare you to walk out.”

It reminds me of those videos of Divine performing and just yelling at the audience and abusing them, and the audience being full of straight people who are absolutely living for it.

Yeah, people really live for us! At the end of the day it’s an authenticity thing, I think. It’s a confidence thing, and I think it works for both audiences. Straight people are comfortable because I’m comfortable, and they feel like they’re learning and find it hilarious. And gay people are just excited to see someone who isn’t apologizing for who they are.

And you never know what’s going to have that crossover appeal. Like, straight people love Tig Notaro!

I think it’s time to do away with this whole “gay comedy is for gay people” thing. It’s so normal to be gay in so many places, people need to stop acting like gay people are only for other gay people. Gay people are for everybody.♦