Cara Delevingne sat down for an interview with Paper last week and talked about her upcoming female-fronted film, the effects of the #MeToo movement, and even commented on the controversy surrounding Rita Ora’s new single “Girls.”

Ora dropped the girl-on-girl anthem, which features Charli XCX, Cardi B, and Bebe Rexha, two weeks ago. The collaboration sparked major backlash from fellow queer artists, like Hayley Kiyoko and Kehlani, who dubbed the song “tone-deaf” and “harmful,” respectively. In the past, Ora has spoken of her sexually “ambiguous” relationship with Delevingne. The model and actress, who is openly bisexual, chimed in on the debate.

“I mean, I love all of those artists, I think it’s a really great song, and I don’t think there’s anything wrong with it,” Delevingne told Paper.“I think it’s not fair to point a finger.”

On her relationship with the British pop star, Cara proclaimed, “I love Rita. I think she’s a wonderful artist and I always support her in what she does. I don’t think it’s right to say her experience and her words are wrong. If she hadn’t ever felt that way and it wasn’t true then that would be weird. She’s being proud of something and saying it.”

She added, “She’s being honest about something she may not have been comfortable before. I don’t think it’s wrong.” However, the Valerian actress believes that the song serves a purpose, just as all art does to inspire conversation. “People disagreeing with it and being vocal… no one’s ever going to fully back one thing that happens,” she said. “There’s always going to be a conversation. It’s why you make music, or movies, so people can talk about it. That’s the point.” 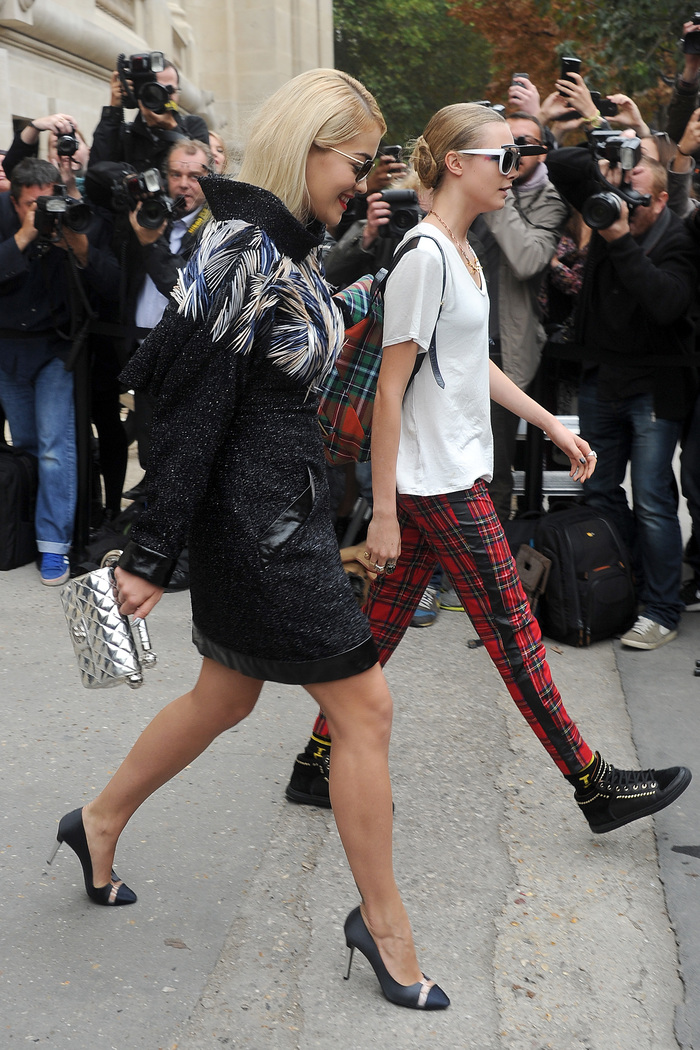 Delevingne also believes that Ora shouldn’t have been made to apologize, noting, “She should be able to come forth and say, ‘This is the way I did this and I’m going to keep on singing this song because it’s a great song.’ It came from the right intention and that’s what’s most important.”

The bisexual actress just wrapped an exciting female-fronted film, starring seven women in lead roles. According to Delevingne,Her Smell follows a female punk band in the ‘90s, and she stars alongside Elisabeth Moss, Agyness Deyn, Ashley Benson, and Amber Heard. She told Paper that the industry’s more recent boom of diverse female narratives isn’t just a fad. “The shift has been so beneficial in terms of understanding everybody, or emotional acceptance,”she said. “With people being vocal about how they feel angry and hurt that’s been amazing.”

However, she’s worried that adjacent conversations, like the fight for equal pay and the #MeToo reckoning, will fade. “I’m more worried about the equal rights thing being a fad literally male/female rights,” she explained. “I just feel like sometimes the #MeToo movement has been amazing, but I still feel like so much has been brushed under the rug.” 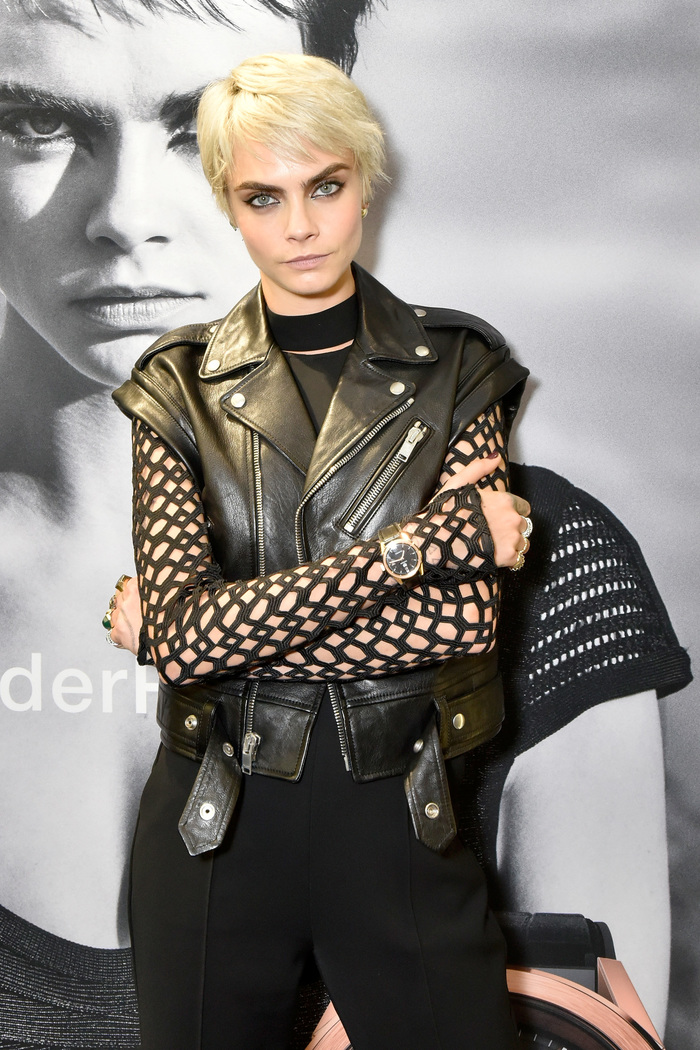 The 25-year-old entertainer was vocal about the movement last year when the initial allegations against Harvey Weinstein came to light. She took to social media to courageously share her own story of being sexually harassed by the monstrous producer, recalling a phone call in which he asked if she had slept with any of the women she’s been photographed with. “I answered none of his questions and hurried off the phone but before I hung up, he said to me that If I was gay or decided to be with a woman especially in public that I’d never get the role of a straight woman or make it as an actress in Hollywood,” she said.

While Delevingne agrees that there has definitely been a positive shift in the way we talk about sexual harassment, she doesn’t believe she’s seen the effects of the conversation on set yet. “It’s being spoken about more, but it hasn’t really shifted into being yet. I think the Harvey [Weinstein] thing is a great start, but it hasn’t found itself yet,” she said. “There’s a hell of a lot more to go. It’s so in our nature to question everything, and for women, we think ‘water off a duck’s back.’ This isn’t going to change with a generation, this is going to be something we teach our daughters.”

The model and actress continues to be a loud and proud voice for the queer community, as well as a major advocate for women and marginalized people. “Everyone has a story to tell,” she insisted. “[It] doesn’t matter where you came from or where you went to school or how clever you are or how clever you think you are, or how pretty you are. Everyone has a story and everyone should have the right to tell their stories. And to feel beautiful. And wanted. And sexy. To feel how ever you want to feel.”