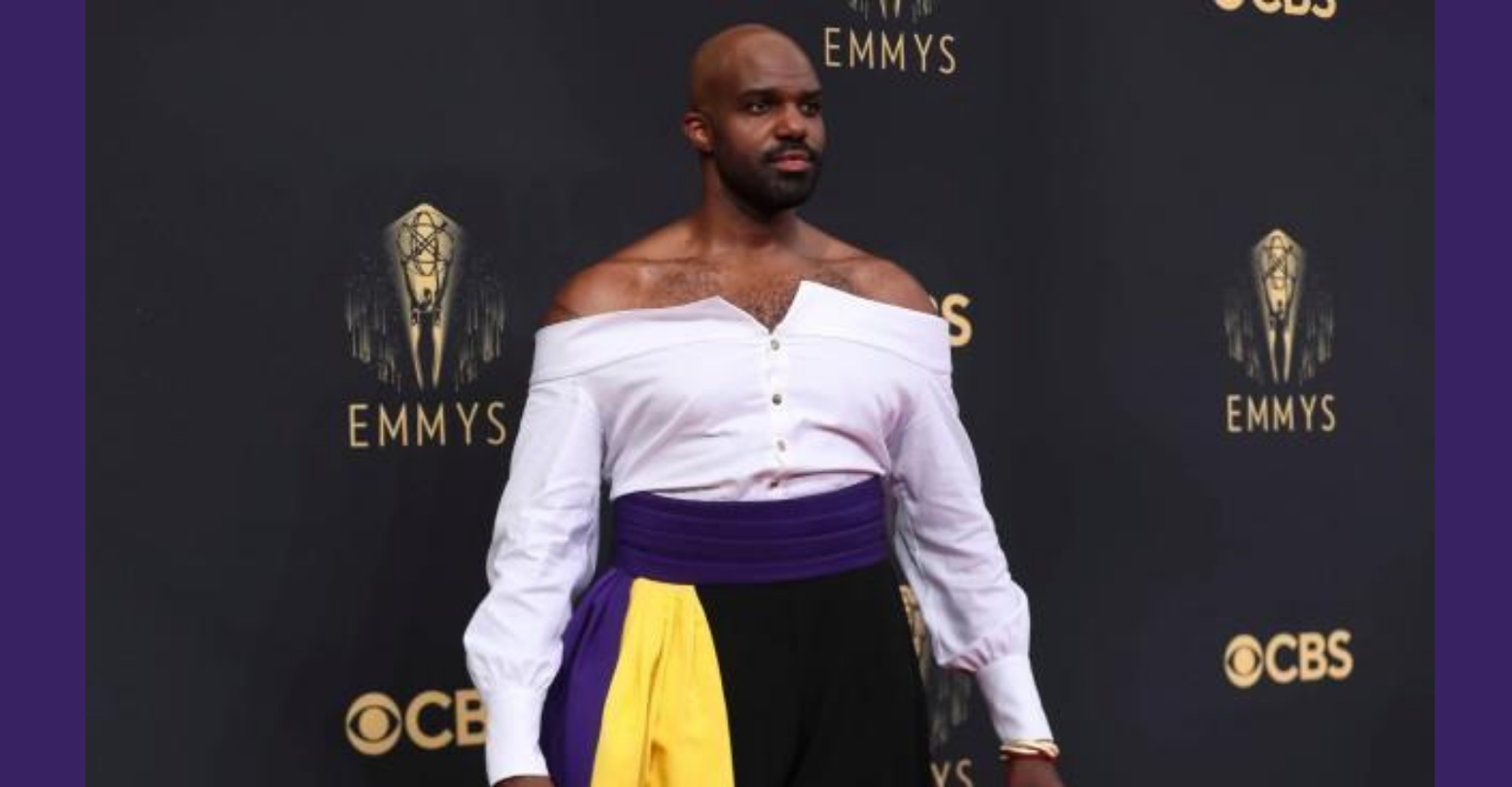 The Emmys thus far has proved to be a disappointment in terms of recognizing queer and Black performers. But in today’s good news: Carl Clemons-Hopkins is the first non-binary actor to be nominated for a Primetime Emmy (Outstanding Supporting Actor in a Comedy Series).

The news came as a surprise. “I was deep in a Benadryl sleep,” they explained in an interview with The Advocate. “My partner woke me up, was like, ‘Hey, you need to check your phone right now.’”

The nomination was for their portrayal of Marcus in HBO’s Hacks, the openly gay COO to the series’s protagonist Deborah Vance. On being offered the role of a major gay character with an on-screen romance, they said, “If I’m being very honest with you, I think I had originally thought it was too good to be true.”

Starring in a high-profile HBO series is admittedly an incredible upturn from their earliest acting ambitions. Clemons-Hopkins became inspired to act after seeing the movie Glory at six years old: “It was wonderful…and one of the first times — and one of the few times — that a story with that many people who look like me were in a film. In the early ’90s, this wasn’t a thing.” For most of their career they worked in stage acting, but seeing the film Moonlight inspired them to make the transition to the silver screen.

They are now preparing for the second season of Hacks and Nia DaCosta’s Candyman—two roles that could not be more drastically different from one another. “I’m one who’s not in the corner of the protagonists, which is one of my favorite places to be,” they said, speaking on their Candyman character. “[I’m someone] who’s also just kind of an opportunistic weirdo. It’s so fun.”

With their groundbreaking Emmy nomination literally catching them off guard, they now find themselves in the uncomfortable position of history-maker and role model. “I don’t know about other people, but I never set out to make anyone’s history and my goal wasn’t a trophy,” they said. “It was just to let me be as authentic as I can and do the best work that I can.” Instead, they see their nomination as one step in the right direction, part of a much larger movement in Hollywood. “It’s really humbling and amazing and also bittersweet because it just marks how far we all, as a society, have to go. But the fact that there’s so much gender diversity and queer representation and Black representation, and so many women in positions of power being nominated, that’s really great.”

Outside of the larger context of their historic nomination, Clemons-Hopkins shared their personal feelings on the news. “I never…truly understood the honor to be nominated,” they said. “I mean, I got it, I heard it. I can understand people saying it, but not like viscerally in my entire soul. It’s such an honor, and I’ve already won right there.”